Enjoy weekend bottomless brunch, lunch or dinner with stunning views across the river Thames as your backdrop. Our outdoor terrasse is open!

Please note: Since this review was published, this venue has been renamed Sea Containers Restaurant. Time Out editors, 2019.

London’s docklands were bustling with ‘On the Waterfront’ activity right up until the 1960s. Containerisation – the adoption of uniformly sized cargo that could be lifted easily from vessel to vessel – made London’s docks obsolete, as the bigger ships moved to the deeper waters of Essex and beyond. As the working docks moved out of the city, the new offices and corporations moved in. In 1977 a major new hotel project was built on the South Bank, but failed to come to fruition. The near-complete concrete edifice, perched right on the river’s bank, was acquired by a shipping company and became Sea Containers House. After the bankruptcy of Sea Containers Ltd in 2006, the edifice was in the doldrums for a while before eventual conversion back into a hotel.

Sea Containers is now the name of the hotel’s flagship restaurant. The shipping theme is carried through the Mondrian London hotel’s lobby, bars and dining area. Model freighters from its former use are still on display in cases. There’s even the illusion of a vast copper hull along one wall, a trompe l’oeil created by designer Tom Dixon’s team which has given the hotel its makeover. A model yellow submarine is suspended over the restaurant’s bar. The hotel dining room could easily be soulless were it not for an open kitchen on one side, and views of riverside joggers and strollers on the other.

The menu name-checks slightly too many trends and diverse dish styles, yet manages to render them well. A South American-style ceviche of marinated raw scallops was perfectly fresh-tasting, the seafood prettily arranged in a ring and delicately zipped up with olive oil, coriander and pepper. Simple ingredients were imaginatively used, for example in a Middle Eastern-style purée of smoky aubergine served with a minty labneh, diced dates, and garnish of white and black sesame seeds. A ‘larger dish’ (i.e. main course) of Italian-style gnocchi was flavoured with shreds of rabbit meat and a savoury stock-flavoured brown butter sauce. If none of these tempt the palates of world-weary hotel guests, there are always burgers, chopped salad or roast chicken to fall back on.

The dishes at Sea Containers make it well worth the stroll from either Tate Modern or the South Bank, especially as meals are served all day. Securing a table, however, may not always be easy. I was informed when I phoned the hotel that the all-day dining restaurant was ‘fully booked’ on the day of my intended visit. So to test my ‘Smells like BS’ theory I turned up anyway, at 5.30pm, with no reservation – and was seated immediately in a near-empty restaurant, which stayed that way for the next hour-and-a-half. Once first-month crowd-control measures are relaxed, this should become an excellent place for dining on the South Bank, where you can appreciate the fine view of what Angela Carter called ‘the single Amazon breast’ of St Paul’s Cathedral on such brazen display.

Influenced by the Mediterranean's rich variety, colour and freshness, our all-day menu is uncompromising on the ingredients you see on your plate. With seasonality and ingredient-led cooking at the heart of the concept, the new menu incorporates fresh ingredients, bright colours and simple techniques. There is an emphasis on sharing dishes and the menu features a selection of categories including: small plates, flatbreads, salads & grains and large plates.

Mid-weeks are a calm, relaxed, intimate affair. The weekend vibe is, well, what a weekend vibe should be - epitomised by our bottomless Bloody Mary or Prosecco brunch offering.

Popping up for the duration of the summer is the Sea Containers Restaurant terrace in collaboration with famed champagne house, Laurent-Perrier. Inspired by the artistic nature of the local area, the terrace will feature contrasting bold and bright colours making it the perfect location for daytime drinks, after work tipples or sundowners on the Southbank. Alongside a menu of champagne cocktails, a delectable summer terrace menu will be on offer.

Our private dining room provides an intimate setting for up to 22 guests. Featuring bespoke gold dining tables and leather seating. A range of Feast Menus are available to ensure your occasion is personalised and unforgettable. 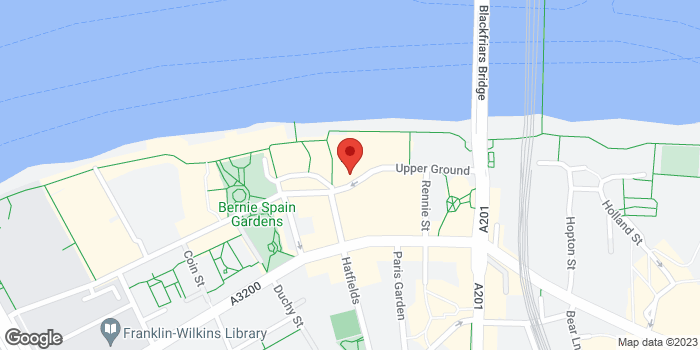