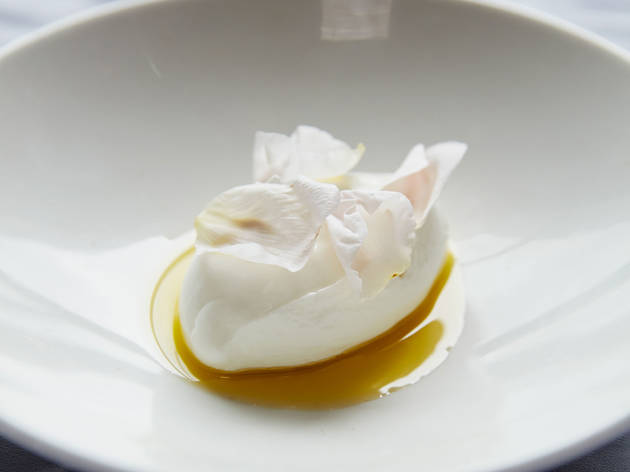 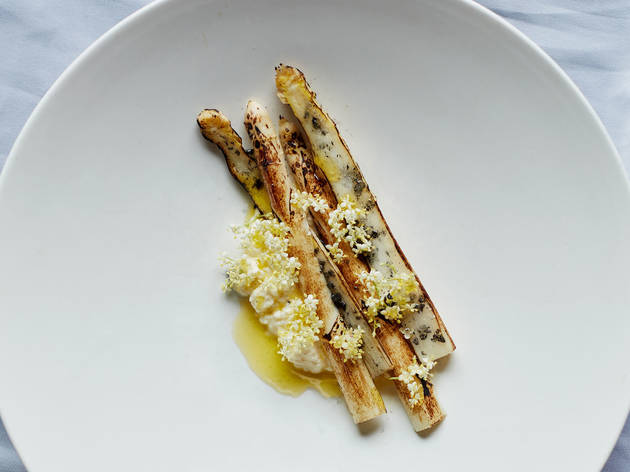 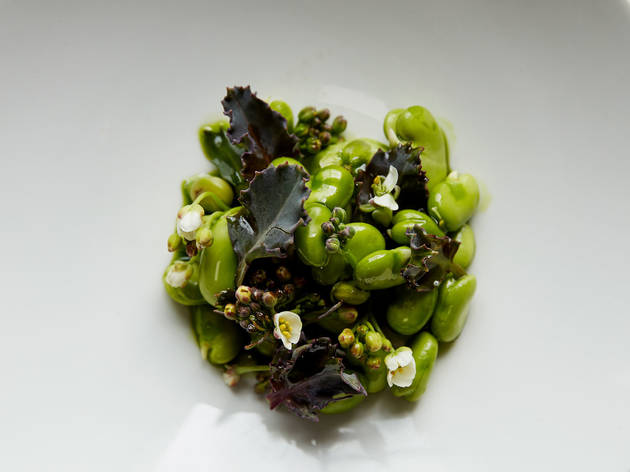 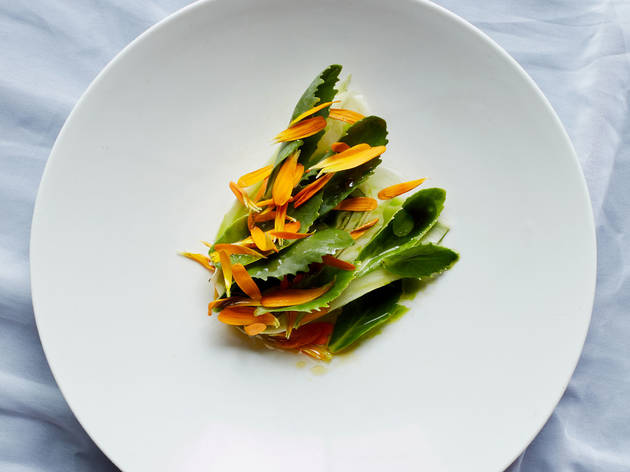 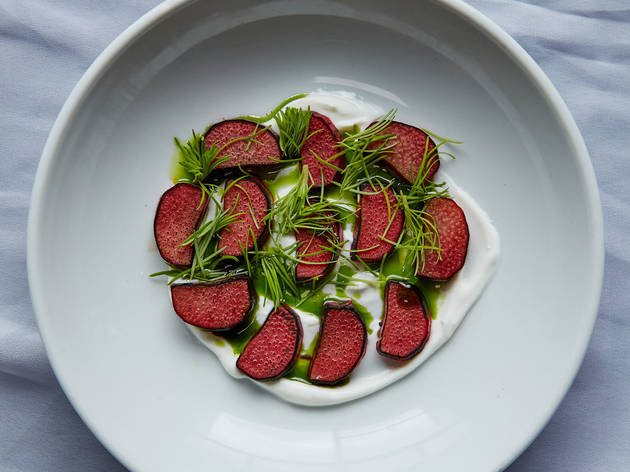 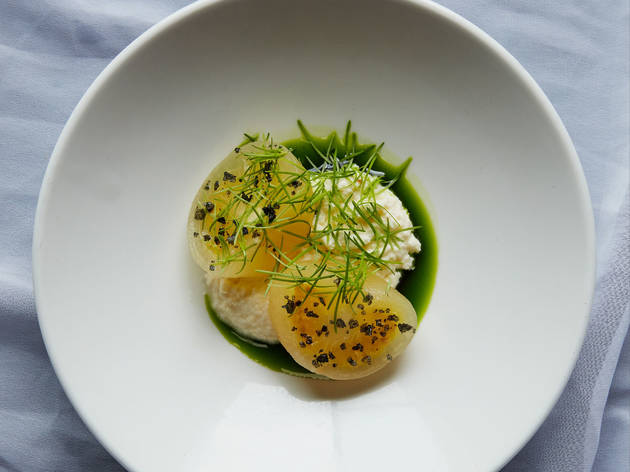 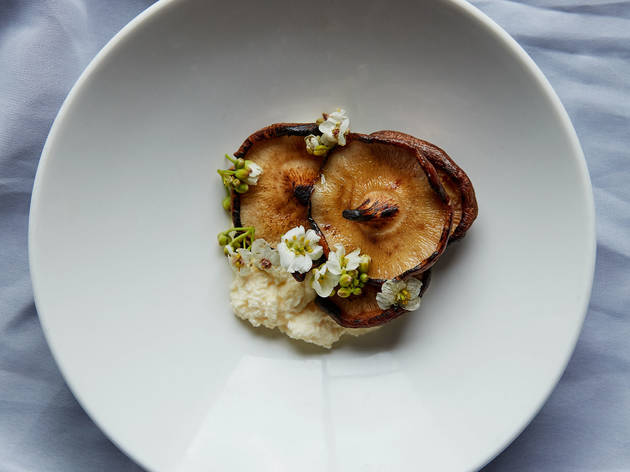 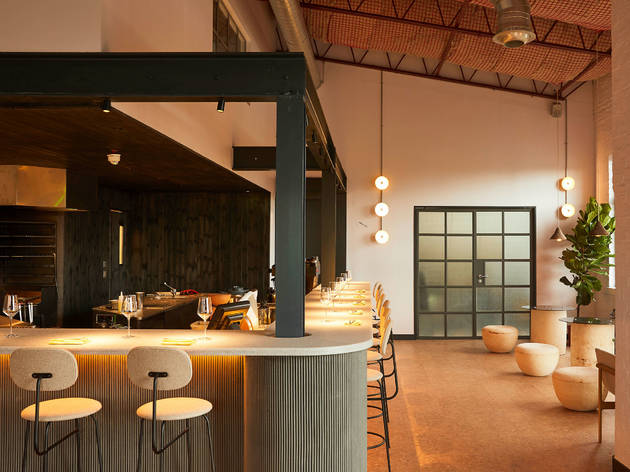 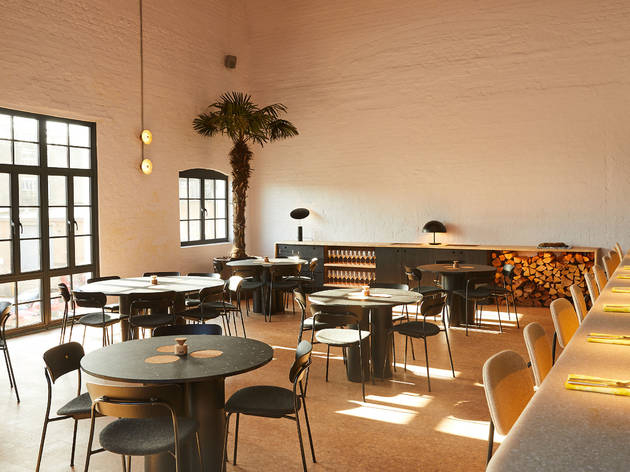 A stylish zero-waste restaurant in Hackney.

Make do and mend. Waste not, want not. The post-war generation were raised on these commandments. Then, somewhere down the line (I blame the ’80s), we all lost our way. Food and fashion became fast, everything became disposable. But not at Silo. Relocated from Brighton, this stylish Hackney restaurant from chef Doug McMaster wears its eco credentials on its sleeve: everything is sustainable, with many of the dishes made from ingredients otherwise destined for the bin.

First up: no preachyness here. The warm, welcoming staff gave us just the right amount of background. If you sit up at the counter, as we did, you can even chat to the friendly, unflappable kitchen team. It’s fun. Otherwise, there are well-spaced tables, in a modish dining room. The ceilings are enormously high (put it this way: there’s a full-sized palm tree in one corner, but it looks like a pot plant). The floor is made from natural cork, the elegant seats from biodegradable wool, the lights from crushed wine bottles. That may sound shabby chic. It’s not. It’s chic chic. With a touch of industrial edge (the building was once a sweet factory), the exposed girders and warehouse windows offset by ebony-stained tables made from sustainable English ash. Oh, and did I mention that the menu is projected on to a massive whitewashed wall?

A no-choice number, it’s officially six courses, but dessert is two dishes and there’s bread (‘Siloaf’) too. This overture of dark, dense sourdough perfectly sums up Silo’s ethos and commitment to quality. The grain is sourced locally, the flour milled on site, and when it’s cut, every crumb is collected and put into the house tamari (an intense, soy-like fermented sauce). Each crusty-edged, chewy-centred slice seemed to lead inexorably to another. It should surely be illegal.

Other dishes were impossibly pretty, their good looks matched by harmonious Eurasian flavours. I loved them all equally, but a few are etched on my memory. Like skinned red artichokes, their nude, faintly pink and firm, waxy bodies sitting in a pool of brown butter and that sourdough tamari. There were flickers of sweet, sour and heat against a canvas of deep, salty savouriness. If you’ve ever wanted to pin down that elusive umami taste, this is where to find it. Or rich, deeply flavoured pieces of braised dairy cow – six-year-old bulls that farmers cast aside – with parsnips two ways (cubed and puréed, both excellent) and a peppercorn sauce. Or a dazzling pumpkin tart, made from the discarded skins of an earlier course. Then topped with rhubarb snow (again, the rhubarb had made earlier appearances).

There’s so much more I could say. But I won’t. At £50 a head, it’s on the pricy side for Hackney, but is still a bargain for the league it’s playing in. Eating at Silo is about more than just the service, setting and food. It’s about what it’s trying to achieve. No, not trying. Succeeding.