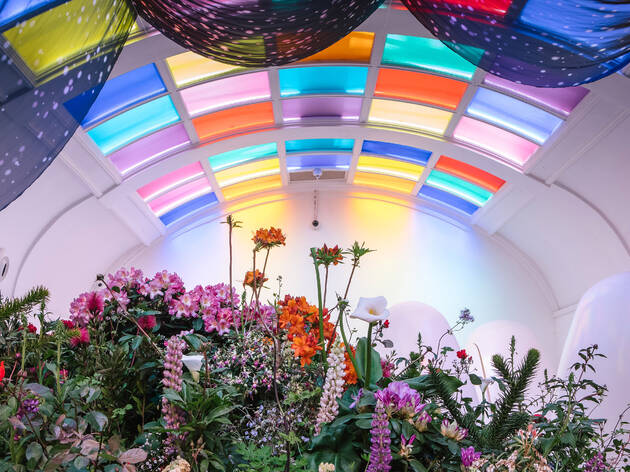 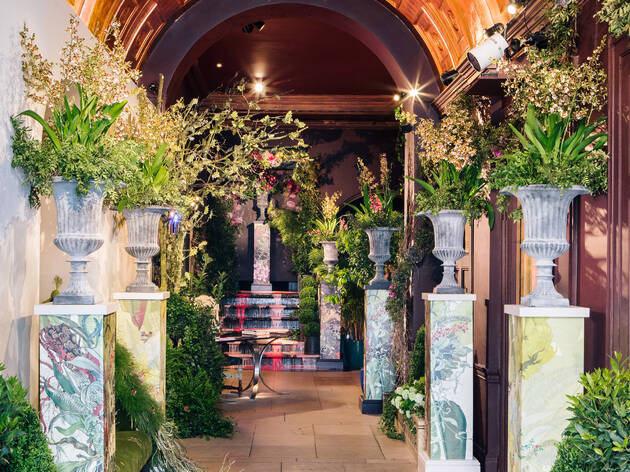 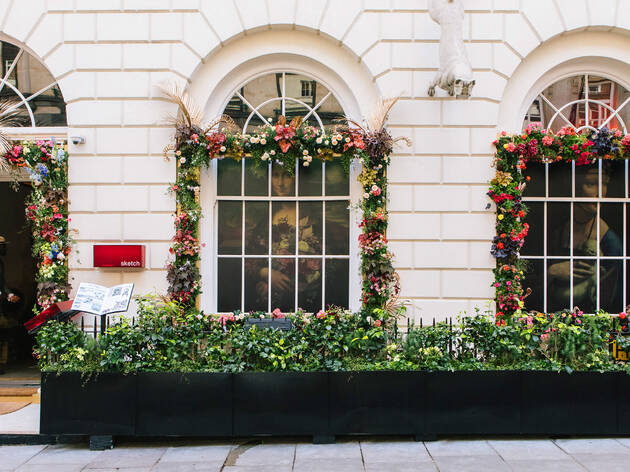 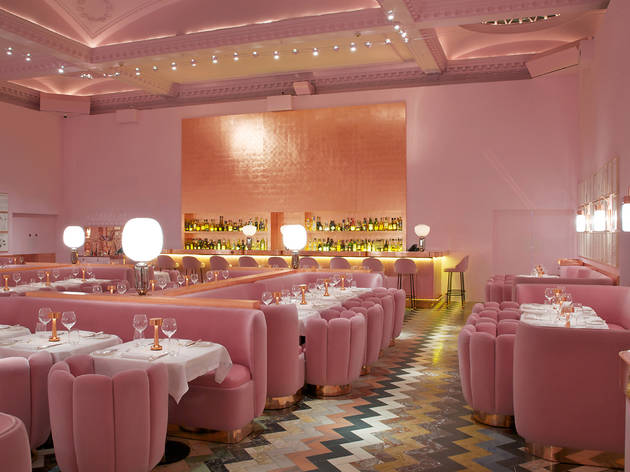 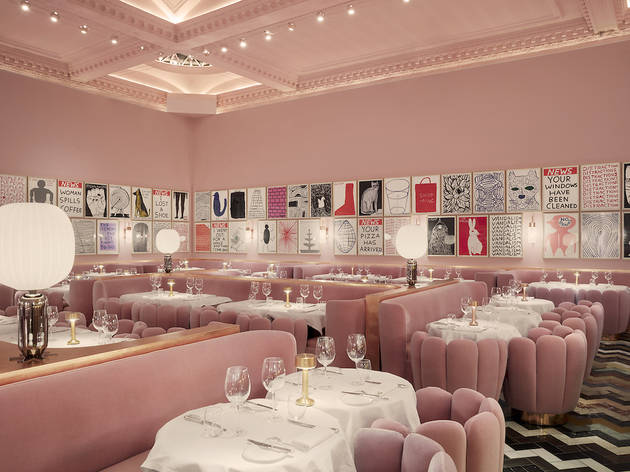 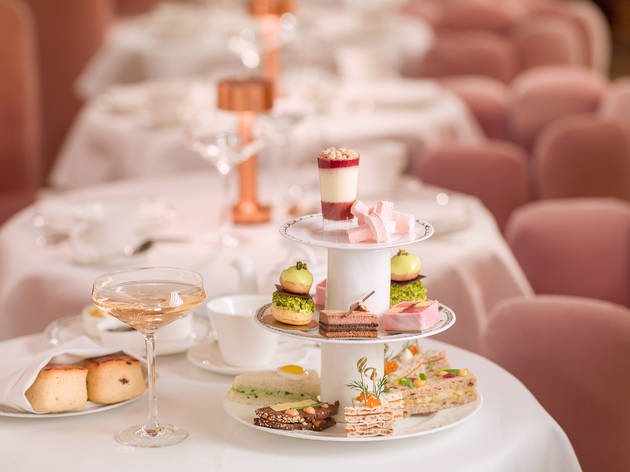 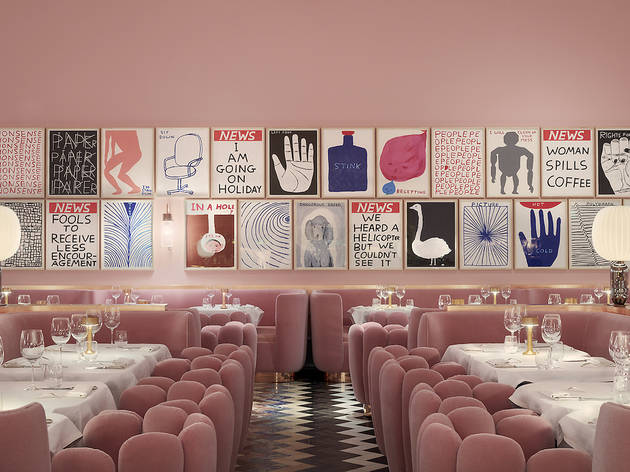 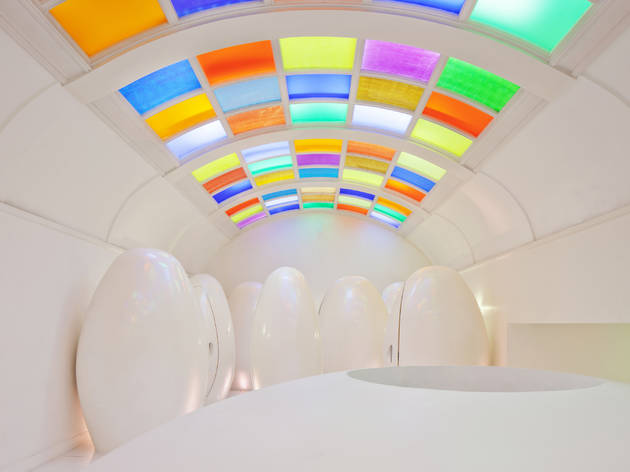 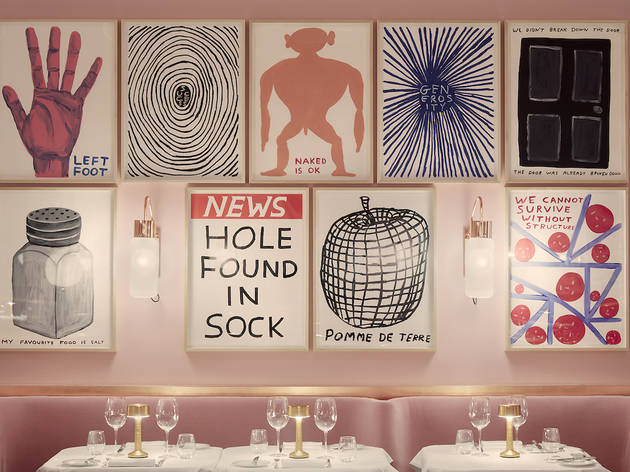 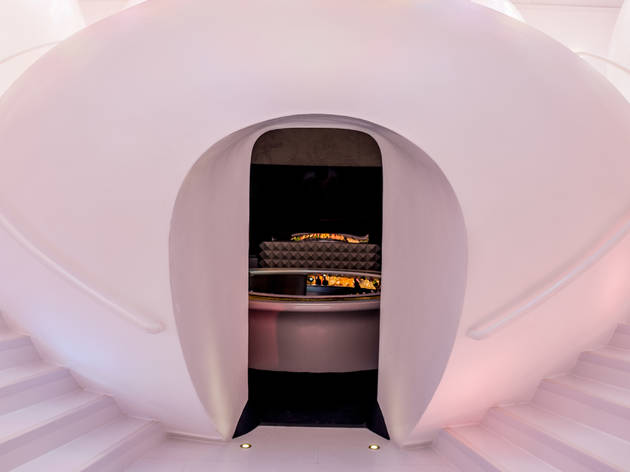 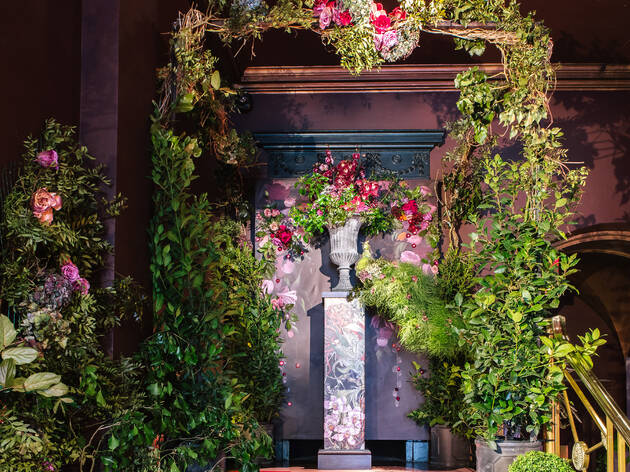 The ultra-pink room at the heart of Sketch

Who needs stuffy old museums? The dining room of the Gallery at Sketch is one of the most playful – and most pink – places to be enveloped by art. The walls have around 200 original prints and drawings by Turner Prize-winning David Shrigley, their cartoonish quality adding to the sense of fun. He’s even designed some of the crockery: ‘ghosts’, say the teapots, ‘forget about it’, quips the inside of your cup. You can come here for dinner, but afternoon tea is what The Gallery has become famous for, so much so that you can get it before noon (it starts, specifically, at 11.30am).

Service is outstanding. Once your charming host has talked you through how it works, you’re looked after by a dedicated ‘tea master’: glam gals in slinky cocktail dresses and baseballs shoes. Who happen to really know their brews. After you’ve decided on drinks and a menu (standard, children’s or – if notice is given – a special dietary needs option), the fun begins.

First, there’s the caviar man, in a panama hat and pale blazer. You get a spoonful of caviar (Russian Sturgeon, cultivated in France) alongside Egg and Soldiers: two slim, cheesy toast strips and a fake egg in a very real egg cup (the white is an exceptionally good Comté cheese mornay, the yolk is from a quail and cooked to an ultra-soft 63 degrees).

There’s a similar level of creativity throughout the sandwiches and cakes. Star of the sarnies was a black bread Croque d’York, or the salmon and soured cream on rye, while a perfect pear tart and a caramel and chocolate éclair showed the skill of the pâtissières. After still-warm scones, it’s all finished off with a wedge of Victoria sponge (pleasant, though not as good as the pastries). Before you leave, be sure to pay a visit to the egg-shaped loos, where birdsong is piped into every pod. After all these years, Sketch still has a kind of magic.

Sketch Gallery says
sketch is a complex and unique site. Conceived by French master chef Pierre Gagnaire and restaurateur Mourad Mazouz, it has attracted unprecedented media reaction for its myriad food, drink and entertainment styles since it opened in December 2002.
Share Tweet