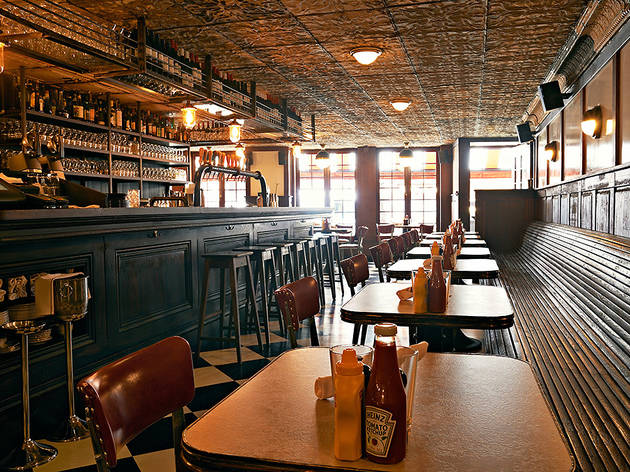 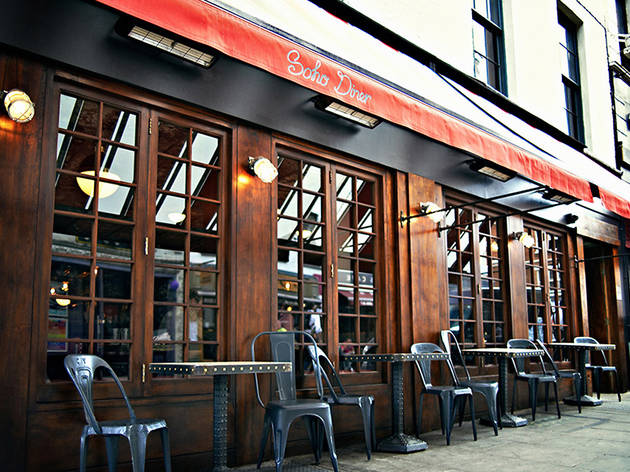 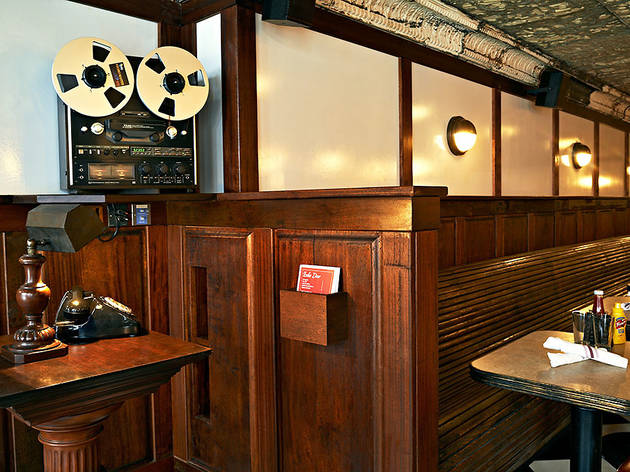 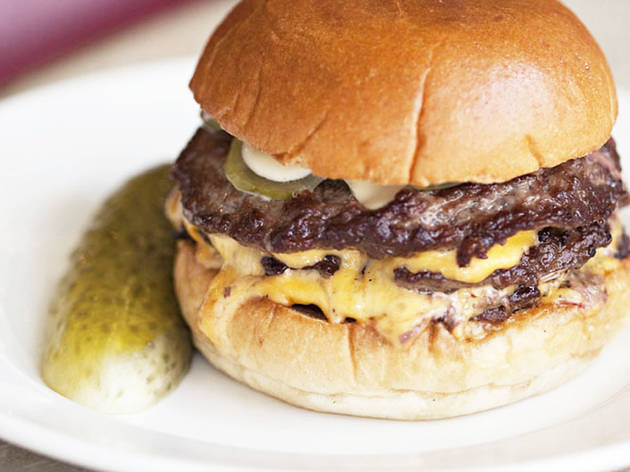 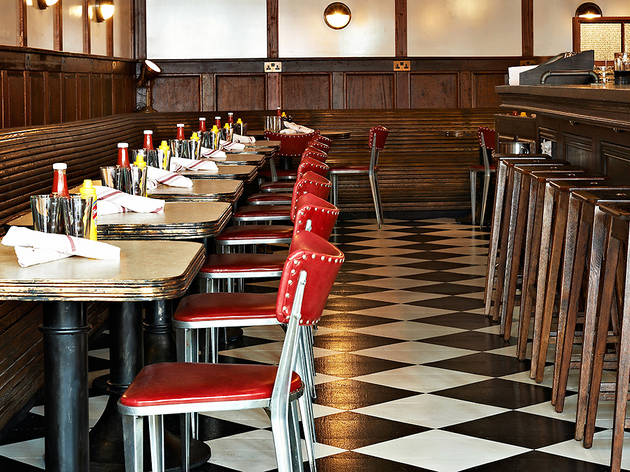 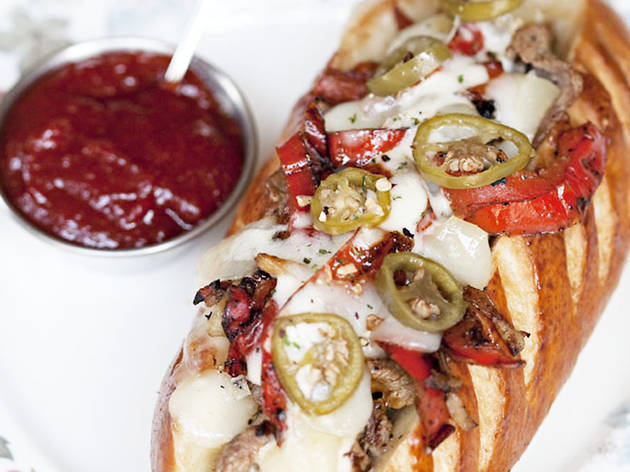 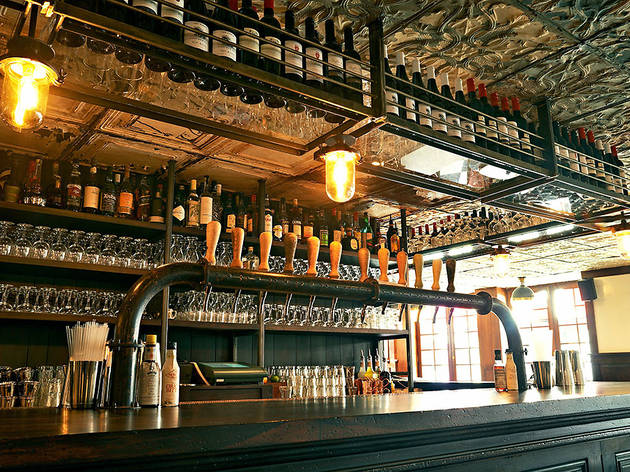 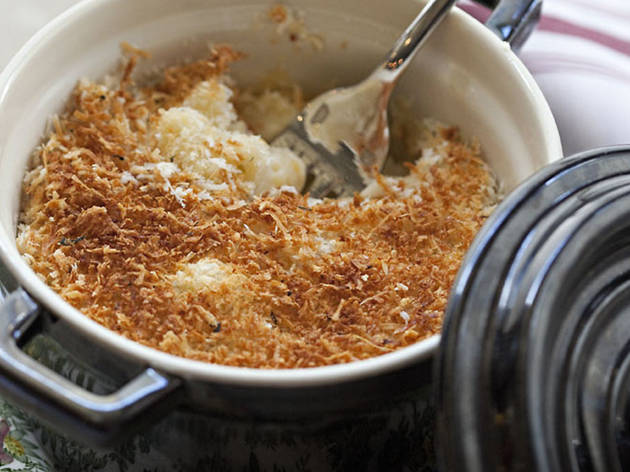 A pedestrian venue from Soho House serving so-so US-style food and cocktails on tap. It's not a patch on its Notting Hill cousin, Electric Diner.

Leopards can’t change their spots. Neither can restaurants: when they stay under the same management, no amount of menu tinkering can change the essential essence. The Soho House group have rebranded the runt of their litter, the Boheme Bar and Kitchen, as the new ‘younger sister’ to Notting Hill’s sexy and hugely successful Electric Diner, bringing in a new menu – but we couldn’t help but think they’d have a hard time matching its bigger sibling.

As we feared, Soho Diner is as pedestrian as before, only this time with cooking straight off the US food bandwagon. A shrimp cocktail starter, served unappealingly on a side plate, lacked oomph. Honey-glazed chicken wings were too dry. Likewise, our Philly cheese steak sandwich had an arid bun. But kids will dig the enormous banana split dessert, served in a glass boat with scoops of strawberry, vanilla and chocolate ice cream, with lengths of ’nana and shards of Oreo cookies (though they might be hyperactive afterwards). Hen parties will love the ‘on-tap’ cocktails: which are a bit sweet and synthetic (tip: the cosmo is better than the mojito) but a steal at £6. And, to be fair, the burger’s not bad. Choose a ‘single’ to get two patties, or a ‘double’ to get ‘three’ (this from the country that calls its ‘ground floor’ the ‘first floor’). Juicy and served in a soft bun with shredded lettuce and minced onion, they’re improved by a slice of the thick, smoky off-menu bacon.

So why go? Well, the people-watching, if you can snag a window seat, is second-to-none: on a sunny day, there are more bequiffed poseurs with tiny dogs in man-bags than at London Fashion Week. Staff, meanwhile, are genuinely lovely. Two out of three ain’t bad.