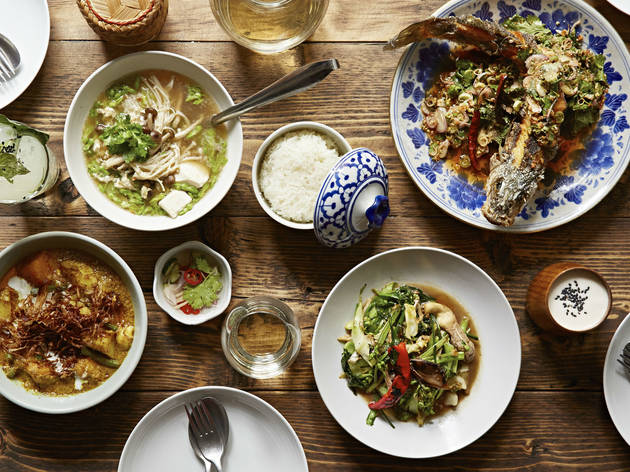 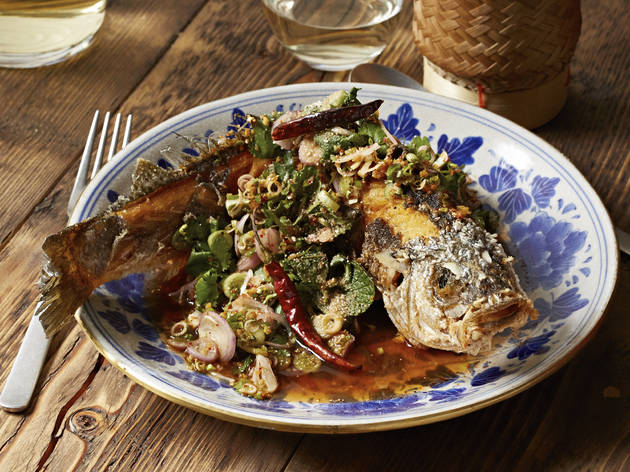 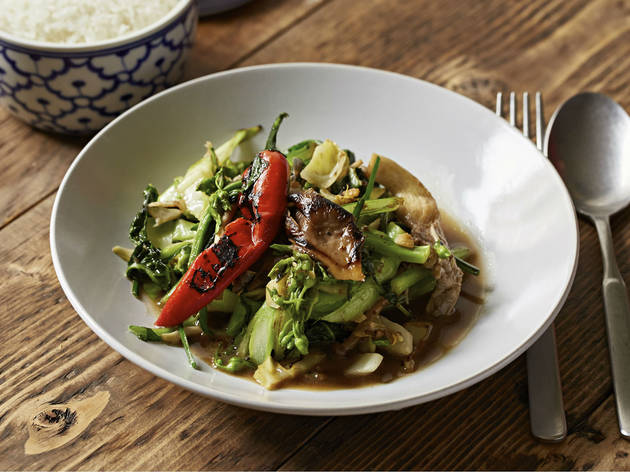 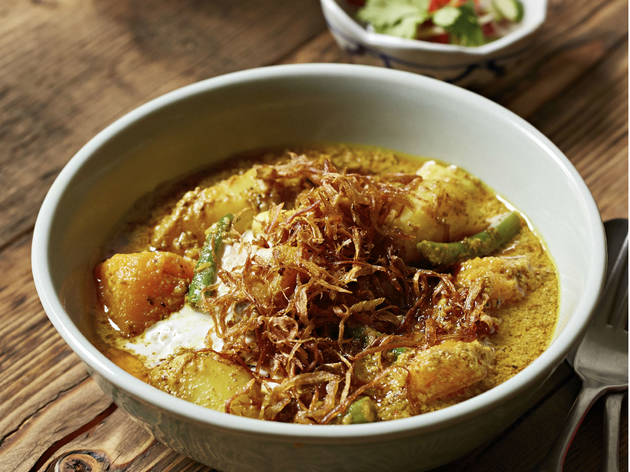 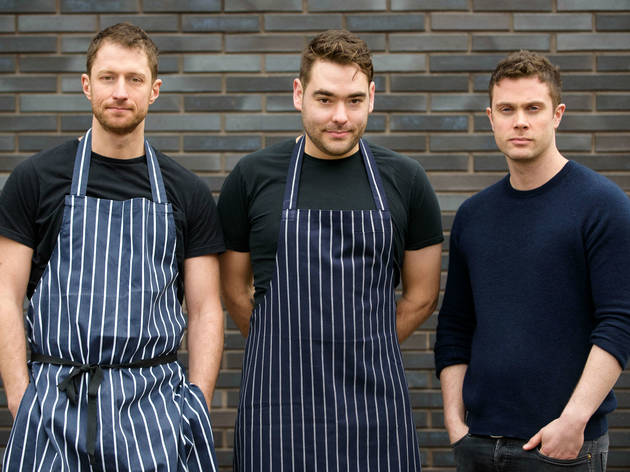 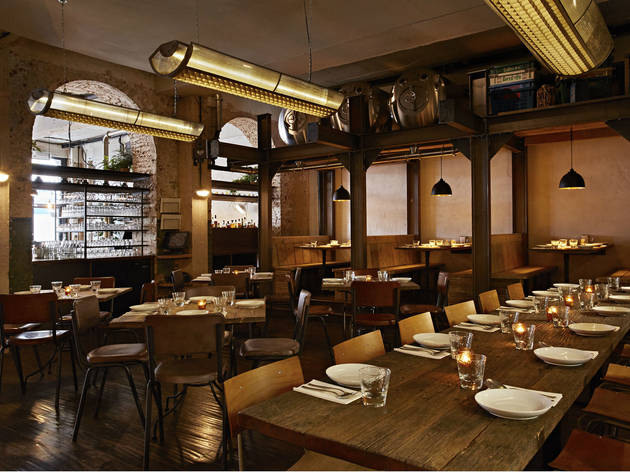 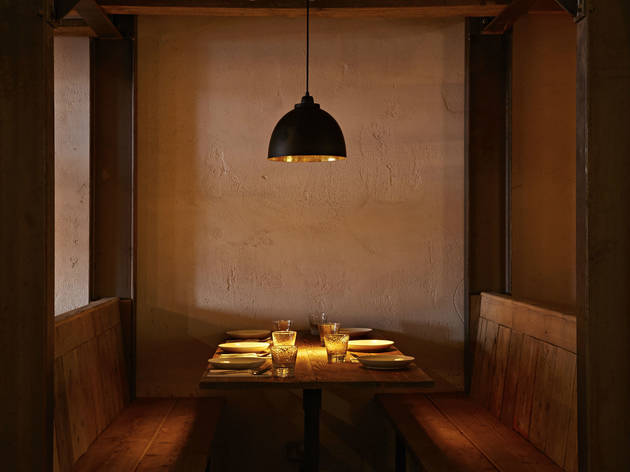 A permanent E1 home for a former Thai residency.

I remember the day Som Saa launched their crowd-funding campaign: Twitter nearly melted. This Thai food ‘residency’, previously housed at an east London coffee roastery (and a Peckham pop-up before that), was in the market for a large, permanent site. They’d hoped to raise £550,000, but had to close the books when they hit £700,000. Time taken to smash through their target? Less than three days.

Why all the fuss? Because the cooking at Som Saa will blow you away: literally and metaphorically. This is not somewhere you come for a cheeky green curry and a plate of pad thai. It’s food from Thailand’s north-eastern provinces, where nothing gets dumbed down and your tastebuds will be held up at gunpoint. Perhaps the closest comparison is at The Heron, a dingy karaoke-on-the-telly kind of a Paddington pub basement. Som Saa’s chefs aren’t natives – Mark Dobbie is an Aussie; 2009 ‘MasterChef’ finalist Andy Oliver is a Brit – they met training under visionary Thai cook David Thompson, another Aussie, at Nahm – but both share a passion for food that intrigues and excites.

Take the deep-fried seabass with Isaan (north-eastern) herbs. Don’t let the fact that it’s served whole put you off. The sides come loose easily, leaving a cartoon fish skeleton that you can discard or take home to sew into an annoying housemate’s curtains. What remains is delicate flesh, crunchy roasted-rice-battered skin; herbs (mint, coriander, Thai basil); mandolin-thin shallots and a puddle of sweet-sour-salt-fire sauce. The effect is thrilling: like setting off fireworks (the ooh-aahh ones, not those rubbish roman candle jobbies) of taste and texture in your mouth.

Equally unforgettable was a Burmese-style pork curry: an intense, comforting dish punctuated by melt-in-the-mouth, fatty meat and roasted peanuts. Or the silky palm sugar ice cream (think burnt toffee and salt), matched with grilled unripe banana: genius. More daring was a dish of jackfruit (which if you’ve ever had it roadside in Thailand, can be offensively stinky), its pieces steeped in coconut cream to create a soothing bowl of mildly scented milky flesh with chewy strips of baked-in-banana leaf sticky rice.

I didn’t love it all. The Isaan-style som tam not only had a pungent fermented fish sauce (in itself an acquired taste) but a violent, almost masochistic level of chilli (and I’m half Sri-Lankan: I can take the heat). Also, if you’re in a two, you can’t book, so despite turning up at 6.30pm on a Tuesday, we had an hour-and-a-half wait, for places at a communal table. My tip? Come as a group: you can book ahead, you’ll get better seats (ask for one of the semi-industrial cabina-style booths) and of course you can try more food.

Because that, when all is said and done, is why you go. Yes the interiors (in what was once an east London garment factory) are moody and exotic, but you didn’t come for sexy decor. You came because once you eat at Som Saa, you may never order another pad thai again.