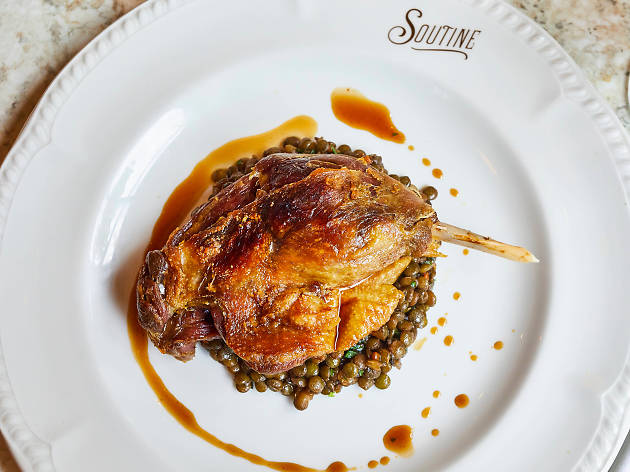 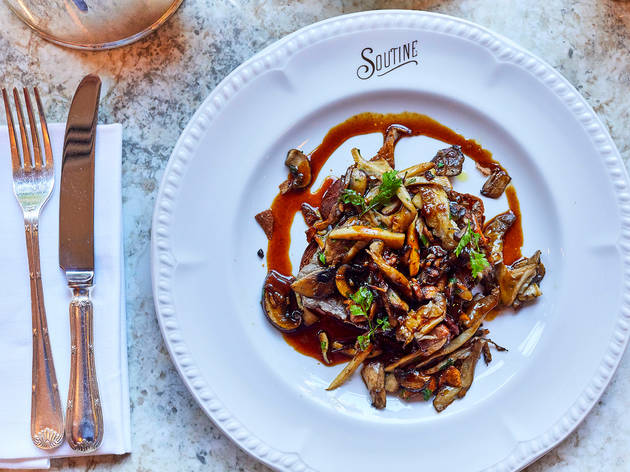 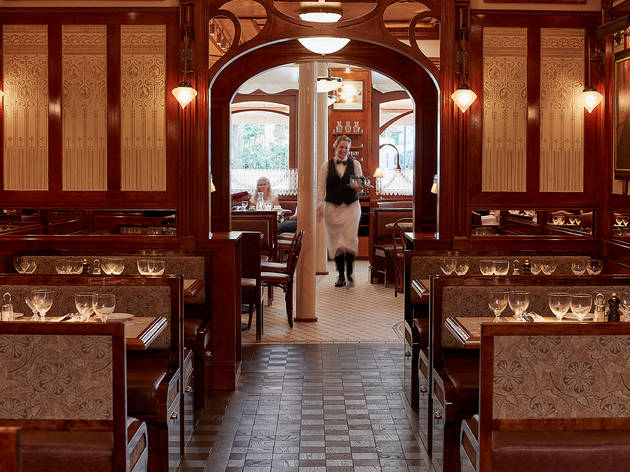 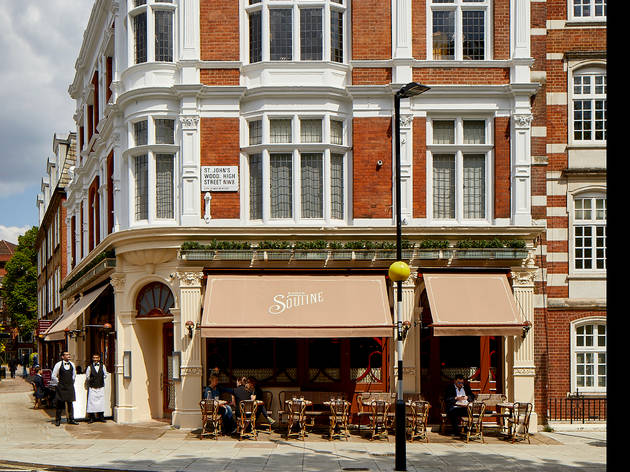 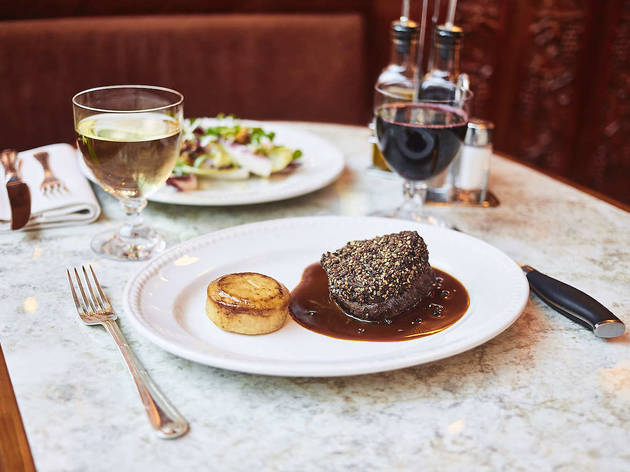 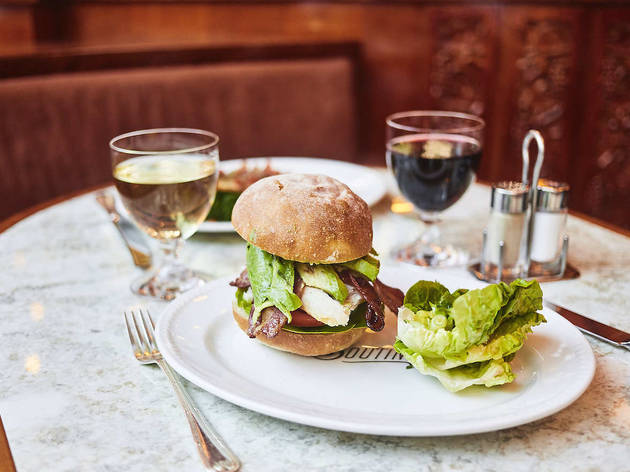 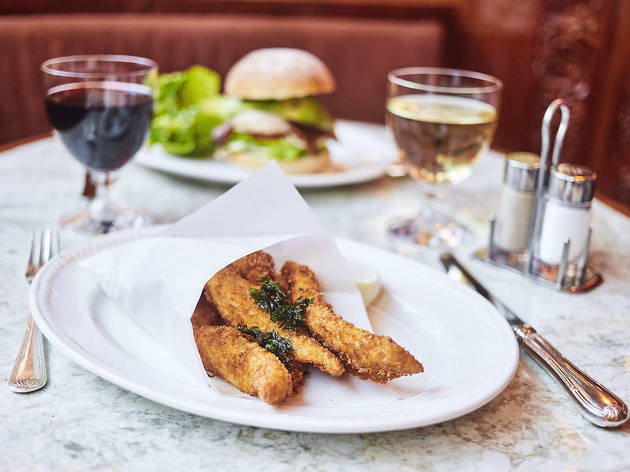 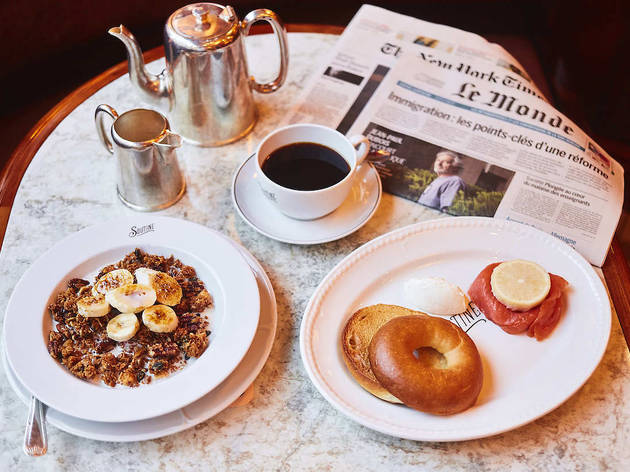 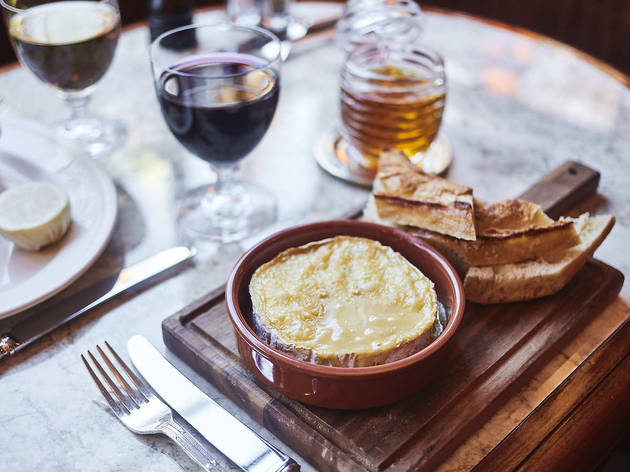 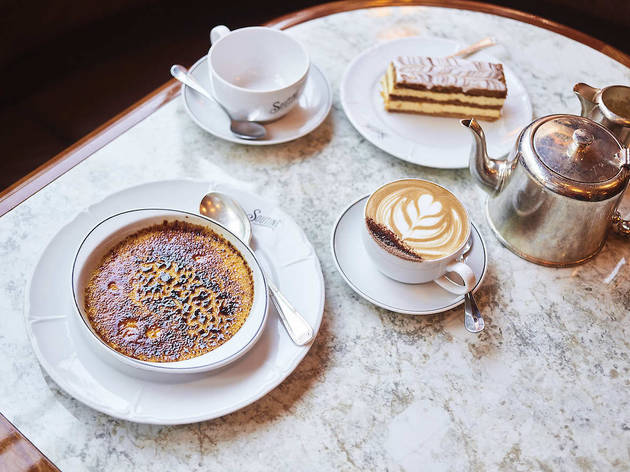 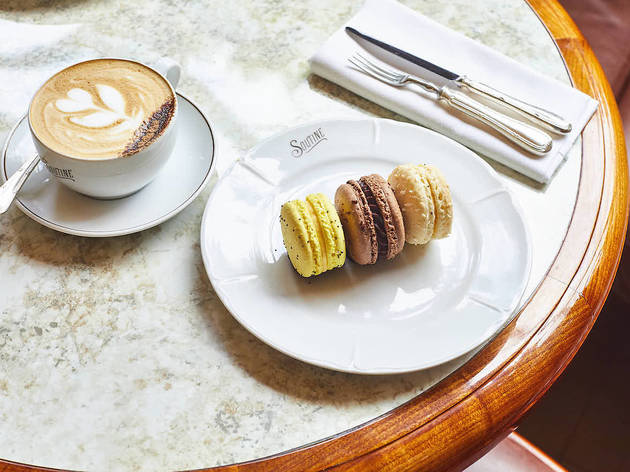 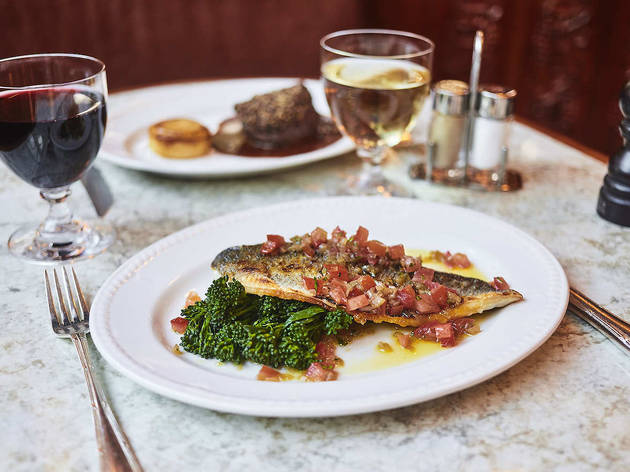 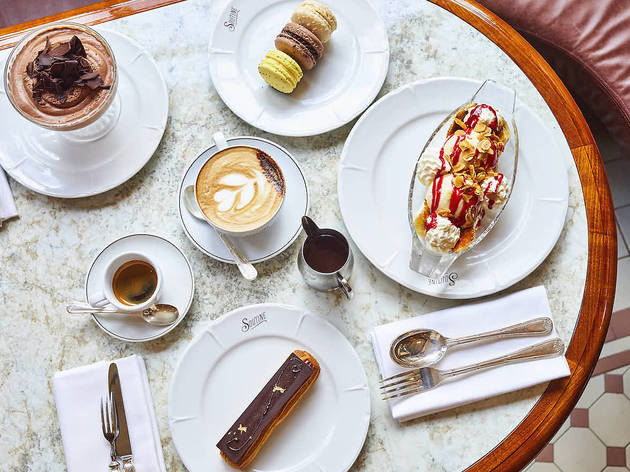 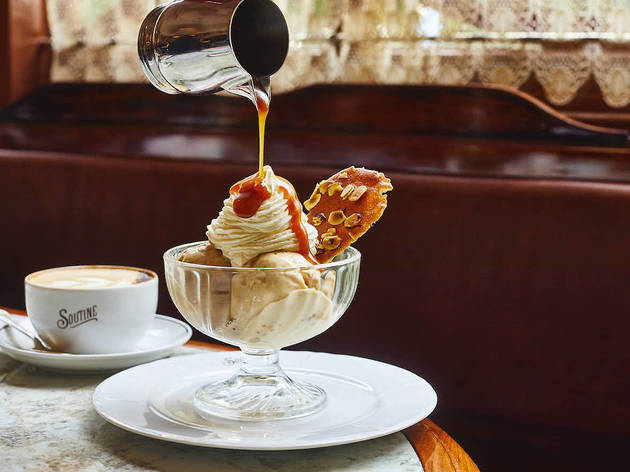 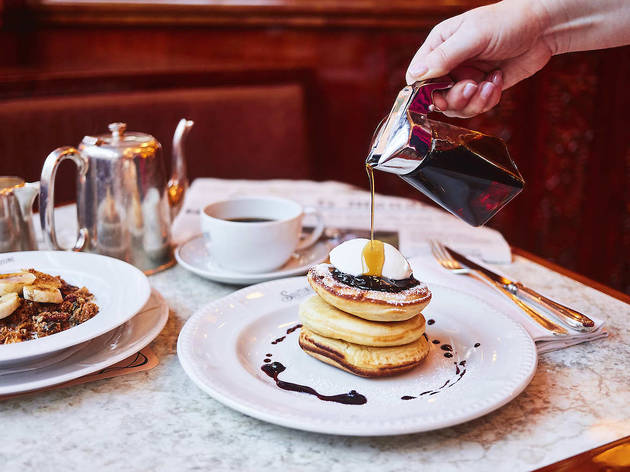 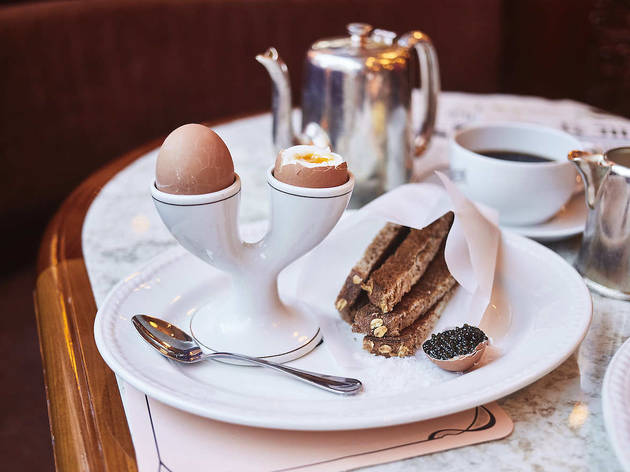 A neighbourhood bistro from the duo behind The Wolseley.

If I said that you could have everything you love about The Wolseley – aka the grand café to end all grand cafés – only in a more intimate, more neighbourhood-y form, would you be excited? Of course you would. I mean, what’s not to like about turn-of-the-century Parisian styling and classic French food in a cosy space, right?

Because that’s exactly what Soutine is: an embodiment of every Londoner’s fantasy of the Parisian bistro, from the Wolseley team. It’s a dapper space – even the loos are gorgeous – with every last repro belle epoque detail perfectly in place. In fact, it’s so pretty, it’s borderline Disney(land Paris). But when staff are this friendly (très un-Parisian) and the food almost-all excellent (ditto that), who even cares?

The menu has all the good stuff. I’m talking oysters, snails, onion soup. Also: croque monsieurs (and madames), steak frites, salade niçoise. They even do a carrot rapées, that grated, vinaigrette-dressed dish which no French picnic – or supermarché – can be without. In fact, the whole thing is like being pelted with all of your Gallic favourites, but in the very nicest way.

At just £19 for a generous portion, you should really order the coq au riesling. A white wine version of the peasant classic, nods to its humble roots included its cast-iron pot , or the fact that the meat was on the bone (though only just: one nudge and off it shimmied). But this was anything but primitive. Intense and aromatic, the sauce – somewhere between creamy and jus – was also thick with juicy, chewy mushrooms. Classy and comforting.

Or the highlight of the evening: a proper veau viennoise, the kind you rarely get these days. A thinly-battered, panko-breadcrumbed veal escalope: golden and magnificently crunchy on the outside, tender and succulent in the middle. It might just be the best thing on the menu. Oh, and it came with a muslin-covered half lemon for pipless squeezing, which is always a nice touch.

One dish – a double-chocolate mousse that was sweet to the point of being inedible – was a decided blip. But Soutine’s charms were many: staff were genial and attentive, more than half the wine list is available by the glass and – strikingly, for a French restaurant – there’s plenty for veggies. From a distance, the whole place emits a warm glow. In fact, chances are, a warm glow is exactly what you’ll leave with.