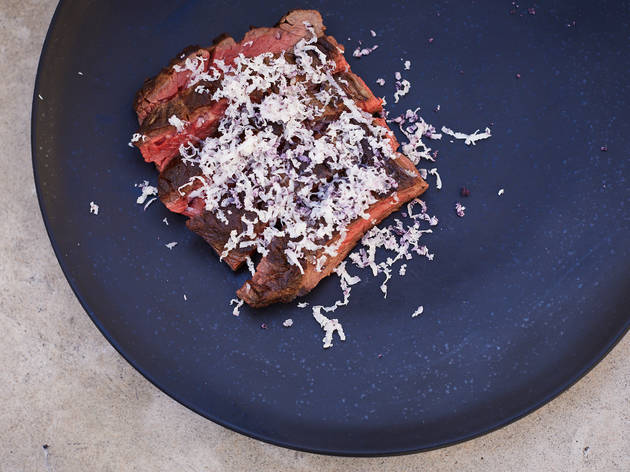 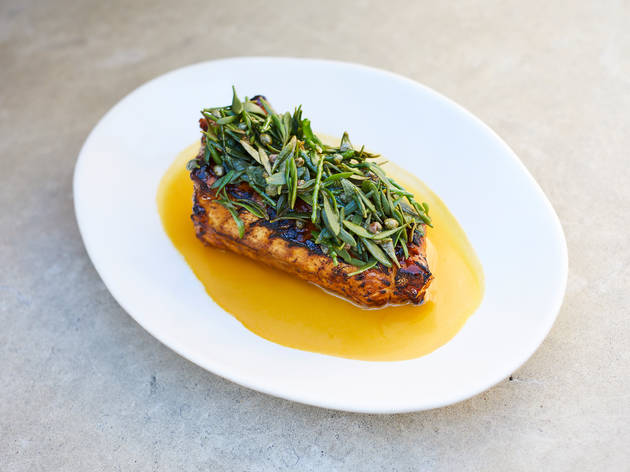 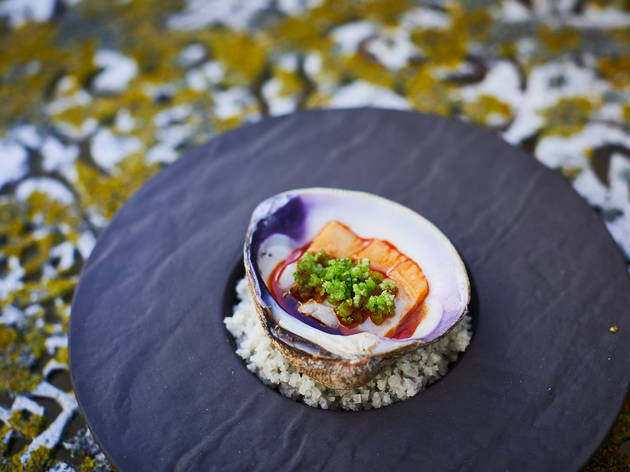 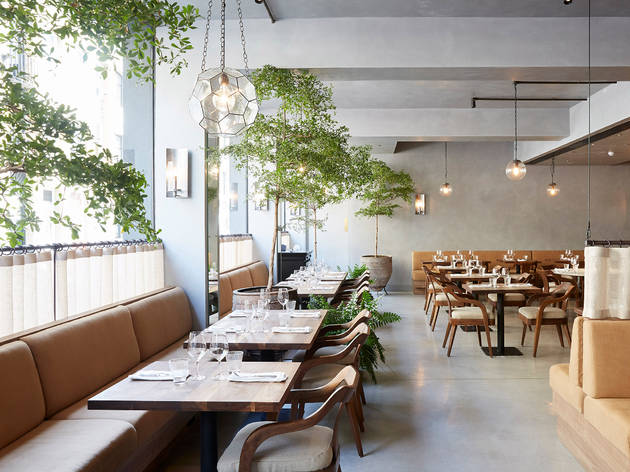 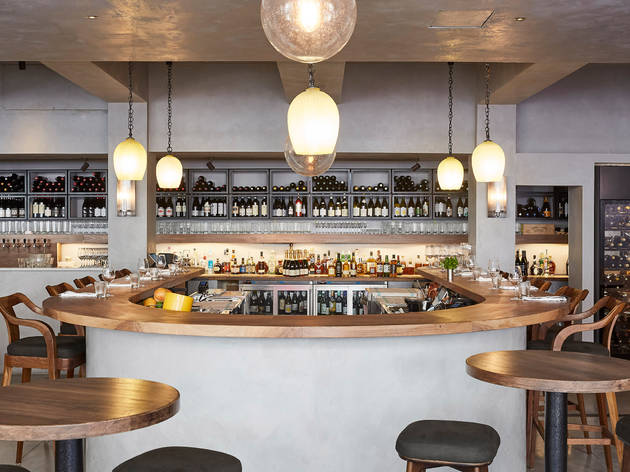 A stylish modern European restaurant with a raw bar and wood-fired oven.

Don’t be fooled. St Leonards might sound like the seaside spot you’d visit with a bucket and spade, but it’s definitely Shoreditch. A big, buzzy restaurant on Leonard Street, it has a casual, cutting-edge elegance. High ceilings, walnut furniture and pale grey concrete floors. It’s cool, but class. And though you can eat at the bar in the entrance, for once I’m going to break my ‘recommend the counter’ rule and tell you to head straight into the dining room. Because that’s where the action is.

The open kitchen is mostly hidden. It’s the restaurant’s backing singer: heard but not centre stage. Instead, jostling for the limelight are two open prep stations, showcasing the opposing elements of fire and ice. At the first, a smouldering stack of logs came flanked by a dangling line-up of carcasses, slowly soaking up the smoke. While at its frosty neighbour, there was the filleting of fish and gleeful shucking of shimmering oysters.

Being a large room, there’s every chance you won’t get that close to all the cheffy bustling. But it won’t matter. Because staff are genuinely charming – the kind that make you feel like you could be IRL friends – and the food is lovely. It’s not especially radical, just quietly self-assured modern European plates with dabs of creativity.

Like the burnt baby leek. It arrived, dressed in a tiny ebony coat of blackened leaves, like it was going to a funeral. It was not unlike those Spanish calçots you get to celebrate the new season, only with an almond cream (a paler, stripped-back version of romesco, its traditional accompaniment) and shaved truffle. It was a little ugly. But delicious. Those sweet, caramelised allium notes against the silky, salty earthiness on top will take you to umami heaven and back.

Then there was the wild bass crudo: raw chunks of fish draped in translucent wisps of lardo and overlapping slices of delicately sweet kohlrabi. This time unexpectedly pretty, it looked like the kind of tart that would make you press your nose up against the window of a Parisian bakery, then quickly count your change for. At its base, a soupy, moreish vinaigrette. It’s something to savour.

Also good: slices of nicely charred bavette served simply, under a snow-drift of microplaned (cold) bone marrow, or a deconstructed twist on a rum baba, its booze-soaked cake halves teamed with intense black treacle, bonfire-smoky pineapple and an anise-scented ice cream. Keep an eye on the bill, though, which can quickly gather momentum. One for an occasion, then.