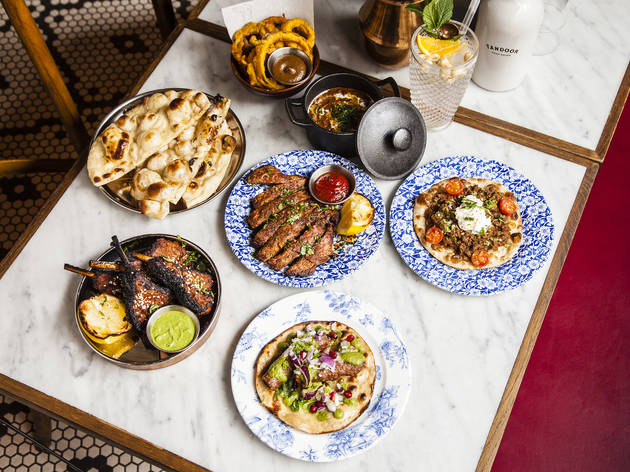 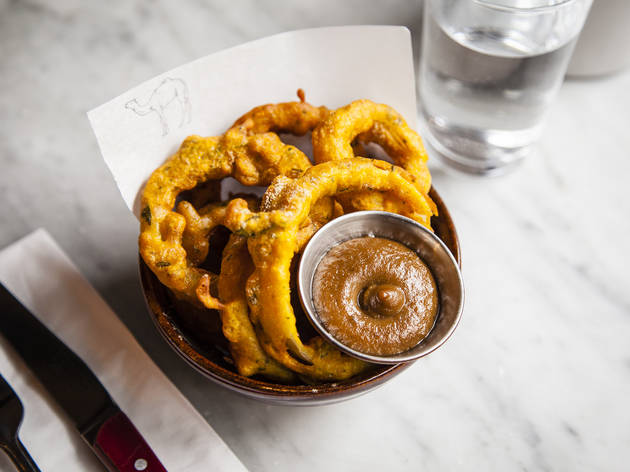 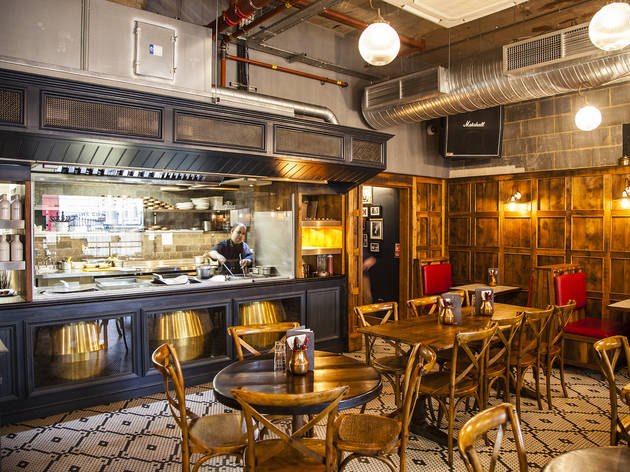 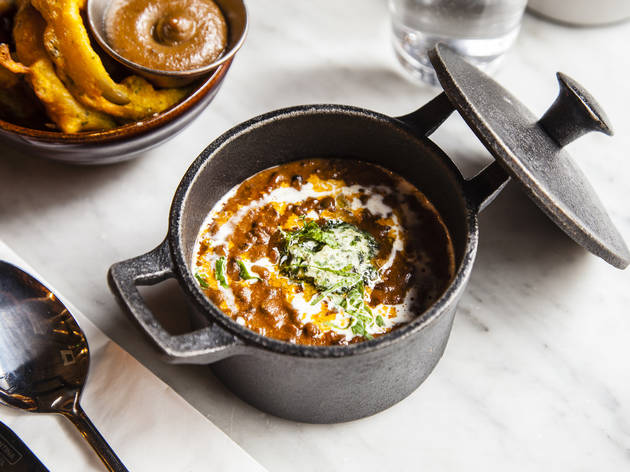 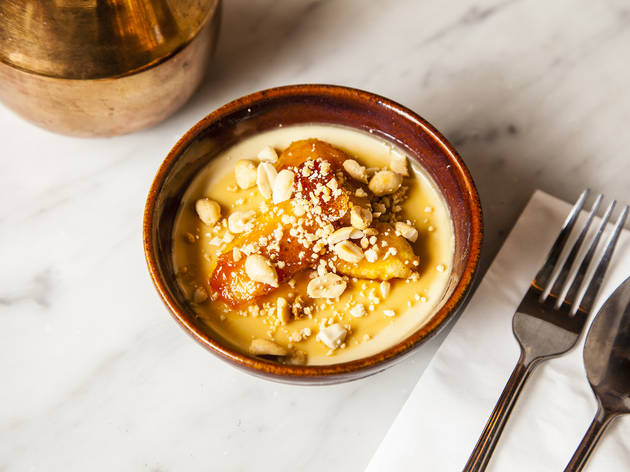 There’s so much to love about TCH, I don’t really know where to start. So let’s kick off with the food. It’s basically a twist on what you’d get in an old-fashioned Brit ‘chop house’, only using Indo-Punjabi spices and swapping the grill for the tandoor. It’s meaty, fiery and smoky. Plates are small. Well of course they are.

Then there’s the vibe. Picture a turn-of-the-century Irani café in bustling Bombay: all dark wood panelling, monochrome floor tiles and old photos on the walls. Nagging feeling you’ve seen this before? You’re right. It’s like a slightly less hectic, more refined mini-me of the original (St Martin’s Lane) branch of Dishoom. Is it derivative? Probably. Is that a reason to get sniffy about it? Absolutely not. Especially when they’re playing Minnie Riperton.

But back to the menu. I’ll start at the end, with a glittering prize of a pud: the malted kulfi. Dense as a brick, yet silky and smooth, this Indian ice cream had an intense flavour, like sucking the inside of a Malteser after you’ve nibbled off all the chocolate. It’s delicious on its own, but then there’s more. Chunks of caramelised banana – sweet, yielding – sit fatly on top. Finally: fragments of salted peanuts, for contrast and crunch. It was sinful. Indecent. I swooned.

Before all this, a couple of charcoal-blistered little naans had competed for my affections. The first, a pistachio-studded seekh kebab, came strewn with zingy bits of red onion, green chutney, pomegranate seeds and fresh coriander. Just roll and bite. Then wait for the hit. But my heart, in the end, was lost to the ‘beef dripping’ keema naan: a molehill of warmly spiced meat finished with a dollop of cooling yoghurt. At a fiver each, these ‘snacks’ are brilliant value.

But don’t stop there. You’ll kick yourself if you don’t try the thickly marinated, fatty-edged lamb chops, all soot and spice. Or the juicy, spice-rubbed rib-eye. My advice? Come with several mates and order pretty much everything. I say pretty much: the bhaji onion rings and gunpowder fries were so-so, while ‘green masala’ pollock was  soggy. We never sent it back, but our waiter was so distraught when he heard we hadn’t enjoyed it, he insisted on stripping it from the bill.

Which brings to me my favourite thing about TCH: the service. There were just two people working the floor and they couldn’t have been more cheery, more attentive, or more passionate about the cooking. They brought dishes in clusters, then offered us a little ‘break’ before the next set (why don’t more places do this?). Plates were refreshed, tap water refilled, jokes cracked. ‘Have a good day,’ they sang out as we left. ‘Come again!’. Thanks. Don’t mind if I do.