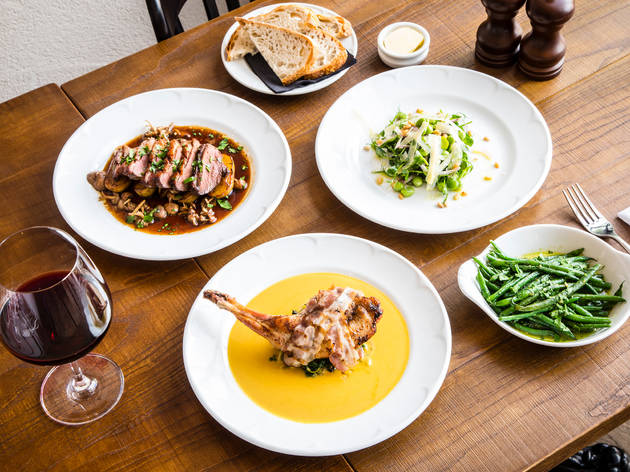 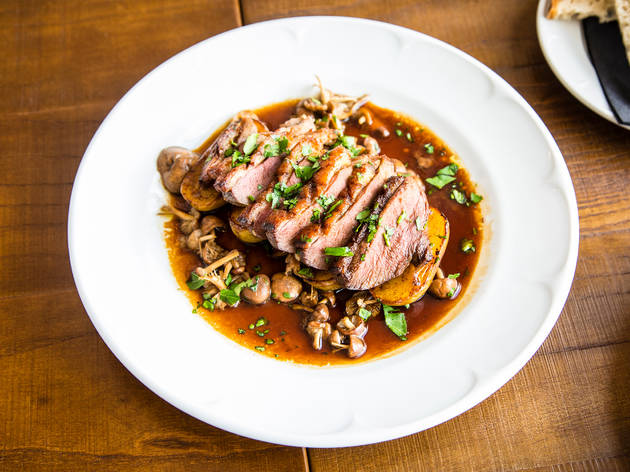 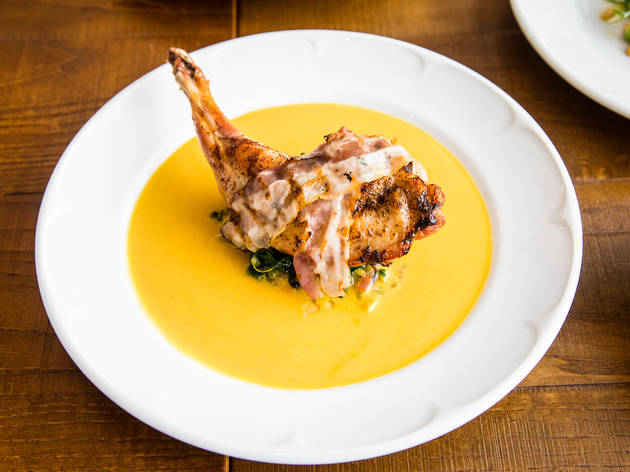 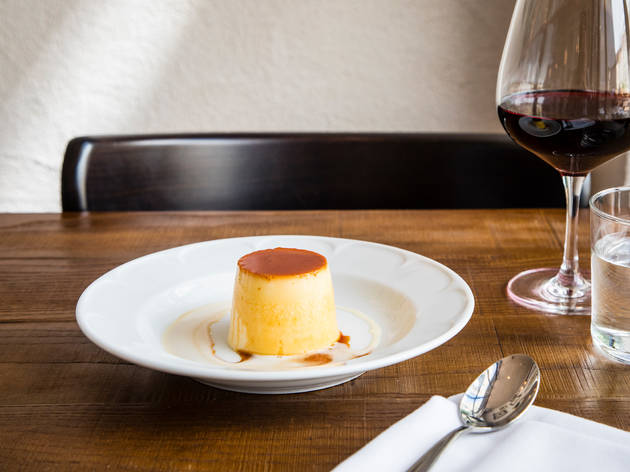 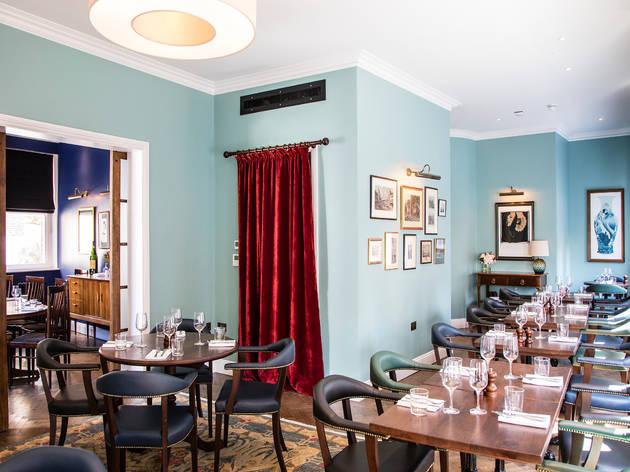 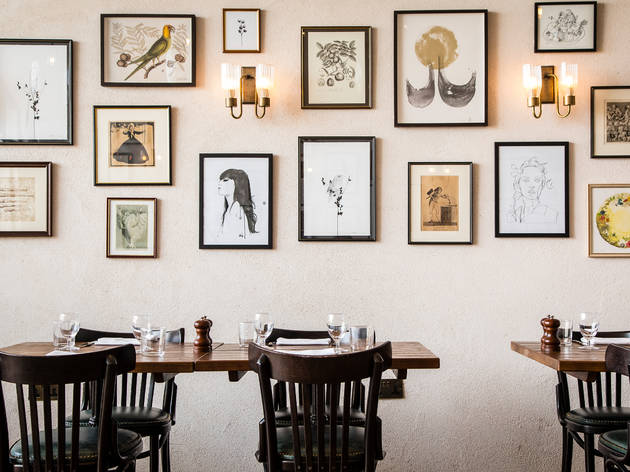 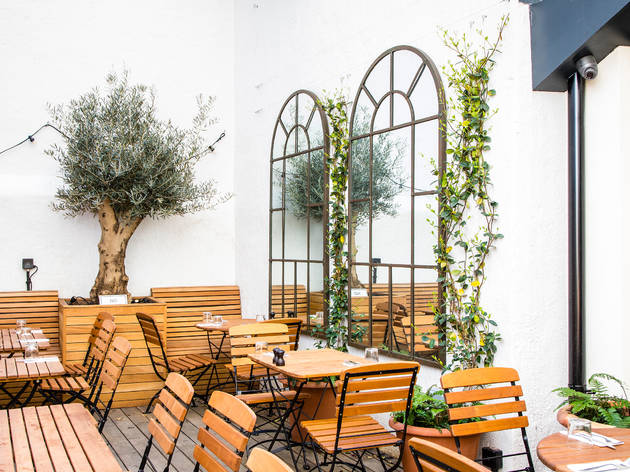 A pub dining room with a menu from celebrated chef Henry Harris.

When someone changes their name, it’s a statement of intent. Marriage, divorce, wanting to be known forever more as Bacon Double Cheeseburger… you get it. So when a Victorian pub called The Coach and Horses ditches half of its moniker and relaunches as simply The Coach, you know something is up. At the front, there’s still a bar area, albeit one tricked out like the lounge of a gentlemen’s club: tartan-sided armchairs, rows of framed sketches and so on. It says something about the food that, on my visit, everyone in the bar was focused on eating, rather than boozing.

But if you’re here for a serious meal, head into the dining room. Elegant but laidback, it’s like a cross between a cottage and a conservatory, with a high, pitched ceiling and glass walls at both front and back, inviting light to flood in. It’s also warmly lit and cosy, the solid side walls covered in an eclectic gallery of line portraits, pressed flowers and botanical drawings.

It’s the perfect backdrop for a menu created by the mighty Henry Harris. For those of you who haven’t heard of Harris, he used to be owner and chef of an upmarket Knightsbridge bistro called Racine. The room was a tad dark, the diners a tad pompous, but service was terrific and, man alive, the food was good. Harris is a chef’s chef who doesn’t pander to trends or fads and this line-up of rustic Gallic food (plus a few trad Brit faves) shines.

Take the calves’ brains. This dish was ‘always on’ at Racine, but is still a pretty rare find in London. It was as sublime as ever: rich, smooth, unctuous. The texture of wobbly, silken tofu, with a delicate flavour: they brine it, fry it, then drown it in a vat of butter. To cut through the richness, there are plump, vinegary capers and flecks of fresh parsley.

A leg of rabbit was juicy in itself (big tick) but also came with thoughtfully selected squad mates: brittle rashers of smoked bacon on top, a wee jug of creamy, mustard-spiked sauce to the side. Duck magret, again beautifully cooked, came with a proper jus, the kind that puts the ‘ooh’ in umami. It was salty and satisfying, with layers of depth and complexity: earthiness from tiny mushrooms, the sweet citrus zing of orange. And that was just the gravy. The lone salad was terrific: a joyful collision of raw broad beans, pea shoots and a light vinaigrette.

If only desserts had been as good. The far breton (a sort of Brittany clafoutis) was too dense; the crème caramel too sweet and plain, crying out for those dark vanilla notes. Still, bagatelles. This is timeless food, for a chilled-out crowd, in a lovely spot. This is The Coach.