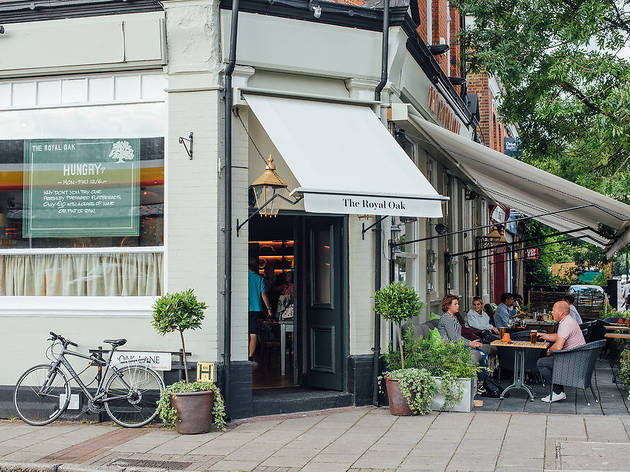 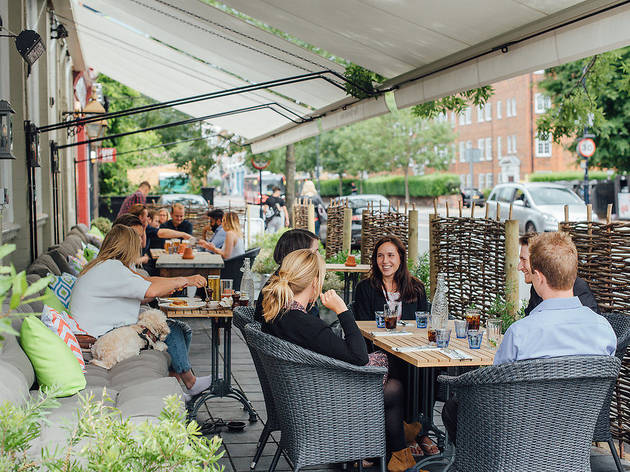 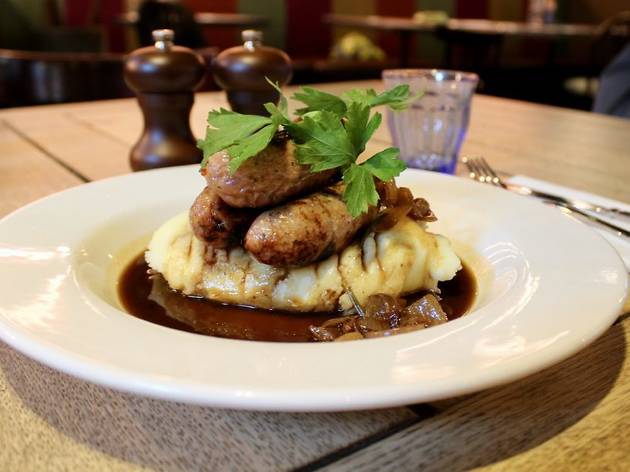 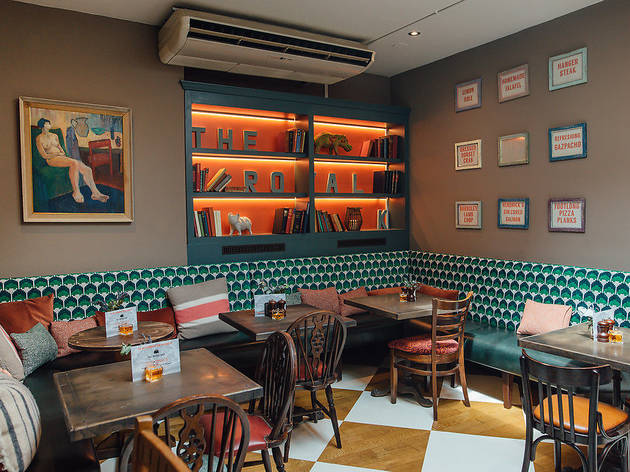 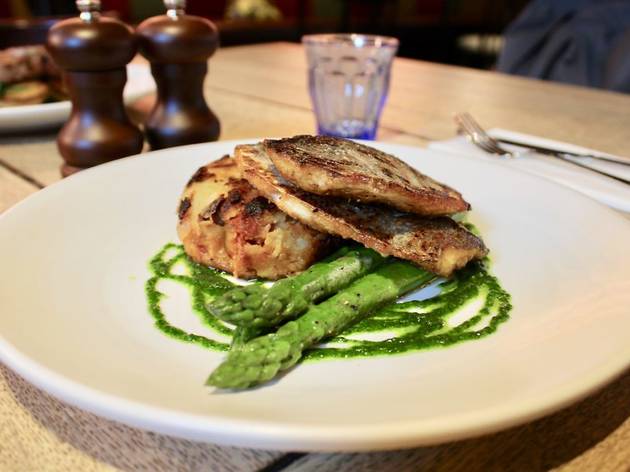 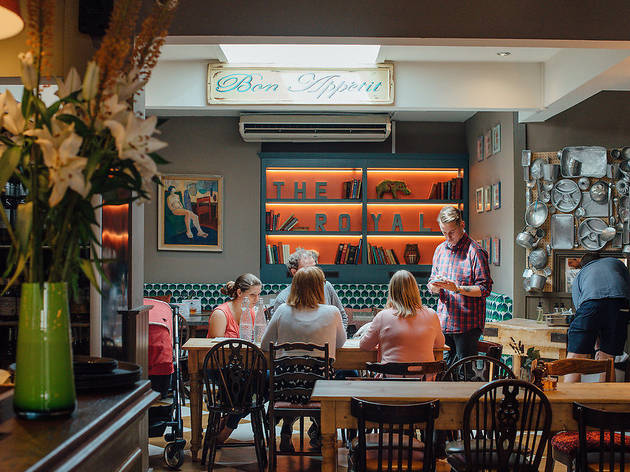 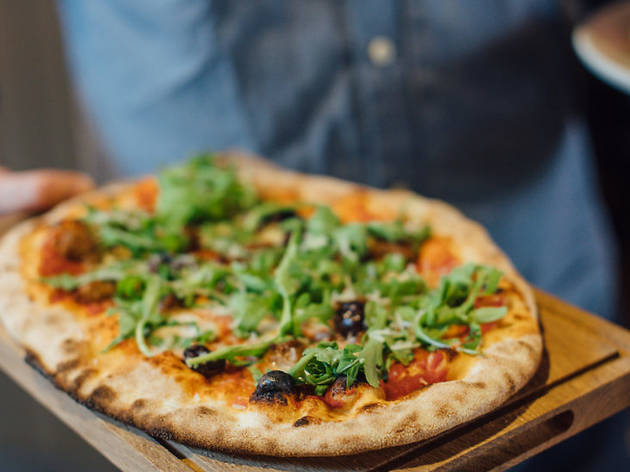 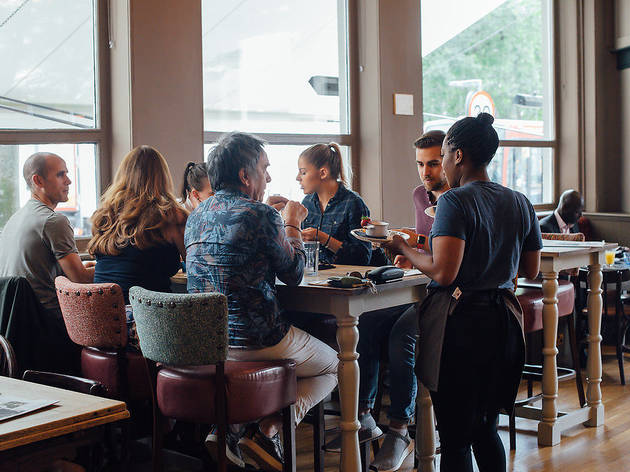 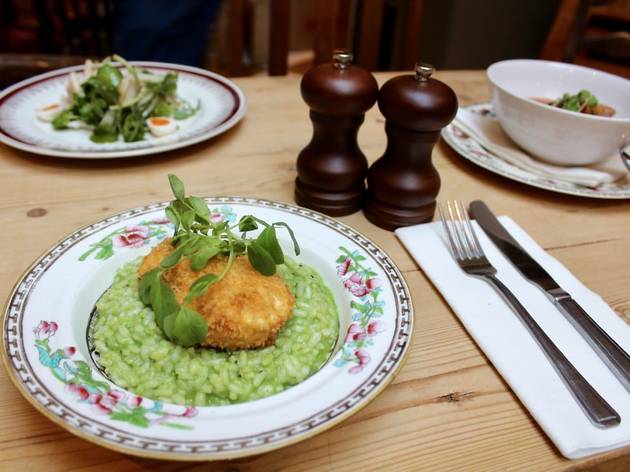 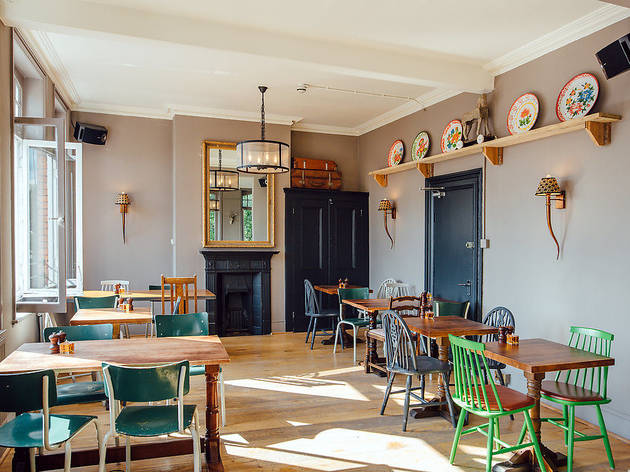 Twickenham may be the town of a hundred curry houses, but it also has decent pubs. And you can now add The Royal Oak to the list of top locals since, after countless attempts at rebranding, the pub seems to have finally hit the target. An eclectic collection of light fittings, tables, chairs and sofas surround an island bar; the far wall is now lined with bookshelves. Out the front, sumptuous cushions sit atop stacked wooden pallets ready for sunny-day drinkers and regular smokers.

Back inside, junk-shop chic sets off two bright copper tanks above the bar, filled with Truman’s Raw Tank Beer (as is the case at other pubs in the Hippo Inns family). The tank means the beer stays fresh and unfiltered from brewery to bar. Truman’s also seemed to be providing about half the selection of suds, but local breweries were still represented – Twickenham Fine Ales, The Kernel and Meantime all had tasty offerings when I visited.

In one corner, an open kitchen was turning out meals and snacks, and if our hot crackling with gravy was anything to go by, the menu would be worth further perusal. Chuck in a soundtrack that flitted from Happy Mondays, to The Smiths and Weller in one sitting, sport on TV and an open fire at the other end of the room, and I was in my element.

Prices are refreshingly competitive, but it’s just far enough away from the town centre to deter people who drift in and out of the area on match days. And so, for now, it’s just locals making The Royal Oak a rather cosy and palatable place for an evening drink.

The Royal Oak Twickenham says
The ultimate pub for a pre Twickenham pint! Walking distance to the station and the stadium. Classic traditional interior mixed with contemporary touches, cosy comfortable and inviting with nooks and crannies. Open kitchen serving hearty and delicious food including pizza planks. Tank beer perfectly kept, fresh and like drinking straight from the brewery.

Looking to have a party or an event? Speak to our team about hiring our Roundhead private room which holds up to 80 people or for a more intimate occasion why not book the Cavalier Room.

At The Royal Oak, we’re dedicated to delivering great food and drink at a sensible price in glorious surroundings - we're proud to be part of the Hippo Inns family.