The Sea, The Sea

There’s a ’70s novel by Iris Murdoch called ‘The Sea, the Sea’ which features some of the worst meals in English literature: recipes like baked beans and kidney beans stewed with ‘good quality olive oil’, tinned mush with vaguely continental pretentions, a throwback to what English food used to be like – or a throw forward to your worst future apocalyptic supply chain nightmare.

I’m happy to report that chef Leandro Carreira and Bonnie Gull founder Alex Hunter, the culinary forces behind The Sea, The Sea, were clearly not inspired by that novel or the depressing food era that spawned it. Their suave 12-seater chef’s table restaurant opened under the railway arches in Haggerston in September 2021. It’s a hipper, younger, nightclubbier east London outpost of their Chelsea fishmonger-cum-directional-restaurant of the same name that looks like a Bond villain’s underwater lair.

From the moment you duck under the exposed brick entrance it’s clear that you and your wallet are in for quite the night of seriously sexy and intense crustacean worship.

To reach the chef’s table – a hushed but vibey semi-circle of squishy orange bar chairs curled round the open kitchen – you must pass racks of uplit glass pickle jars containing frondy ferments, and a room full of bubbling filtration tanks called ‘the lobster hotel’. It’s like being at the bottom of the ocean, if the bottom of the ocean were a Berlin nightclub designed by Wallpaper magazine.

Carreira was and is a pioneer of dry-aging fish, a process more popularly applied to T-bone steaks than whole turbot. This place is a micro-processing and prepping lab where the catch of the day is brought straight from low-impact local fishing boats in Devon, and then may be be hung, dried and semi-pickled in one of the house vinegars and served up on the no-choice 12-course tasting menu.

On the night I went, we started with skate scratchings, light and dry as popcorn, followed by a dish of creamy raw razor clams, diced with fastidious attention to detail and set off with a deeper hit of roasted yoghurt and onion. Loads of chefs claim to be experimental; few genuinely are; even fewer of those experiments really succeed. But this place makes fish into an art form. Even a basic dish like the mackerel and pine nut salad looks out of this world: glinting slivers of line-caught mackerel with silvery gilt skin, peeking out of foraged salad leaves like minnows hiding.

When it came to the heart of the menu, nothing was over-chilled or overwrought. Most of the fish and shellfish meat was barely cooked at all – there was a tremendous confidence and interest in the flesh from the sea: processes like dry-aging, which softens and relaxes its sinews, and subtle pickling were applied lightly.

Most of the work has been done before you get anywhere near the restaurant so the kitchen is a laidback plating space. There’s a fiery barbecue at the back on which the chefs might chuck a bit of lobster for a moment before it snuggles up on your plate next to an extraordinary custard, flavoured distinctly and tangily with pine needles.

The last course, a Portuguese pao de lo cake with fennel ice cream and a sprinkle of caviar, inspired spontaneous gasps of pleasure from everyone in the room. Savoury ice creams are having a moment, but this one is the best I’ve tasted: the sharpness of the anise, the creaminess of the dairy and the filthy rich salty hit of the caviar – the black gold of the sea – was a standout combo.

It’s all light work to eat and will not weigh down the wellness crowd: squid, mullet and other stars accompanied by a pleasing tangle of heritage vegetables and served in dishes and bowls that are glazed like polished pebbles or fanned like shells. It all built up into wave after wave of salt, sweet, savoury, subtle flavour: the taste, texture and concept of the sea runs through everything here, from the smallest, frondiest plate-dressing to the art on the walls, to the chilled, slightly eerie, lighting.

The restaurant plans to have events with DJs, and you can see that working brilliantly: this is a place to come for a big treat night (£150 will be debited from your card before you arrive). It will probably be the go-to hangout for the increasingly large numbers of hedonistic, fashionable professionals in this neighbourhood who are hitting their early thirties and maybe want more lobster and less MDMA in their nightlife these days, but still want that hit of clubby excitement in a dining space. If that sounds appealing then you better book well ahead: The Sea, The Sea is making waves, and those 12 orange seats will be hard to get into.

The vibe Hip VIP art lounge on the Starship Enterprise. Beam me up to the ‘lobster hotel’ tanks.

The food Seafood in every which way. On ice cream, in fruitcakes, dry-aged (it’s a thing now), fine-diced, barbecued, oh-so-lightly pickled or fresh and raw from the briny shell.

The drink Largely approachable indie European wines from small producers, with a bit of skin contact but not so much that it actually tastes of Provençal toenails. Plus sexy short cocktails including Negronis, obvs.

Time Out tip Don’t wear super-high heels, you’ll be sitting on swivel bar chairs and the descent is precarious, especially after a Negroni. 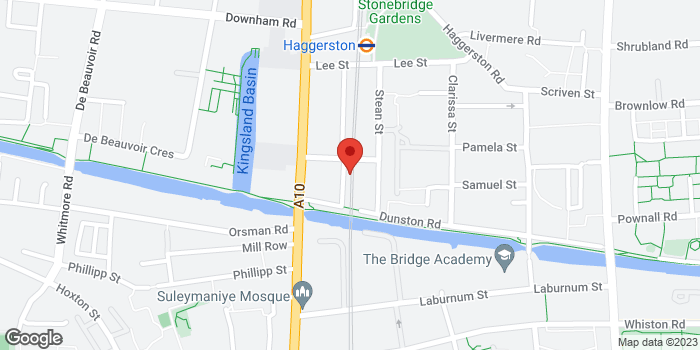