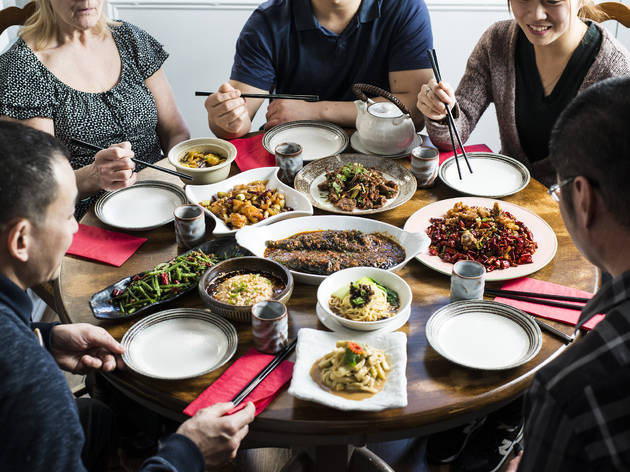 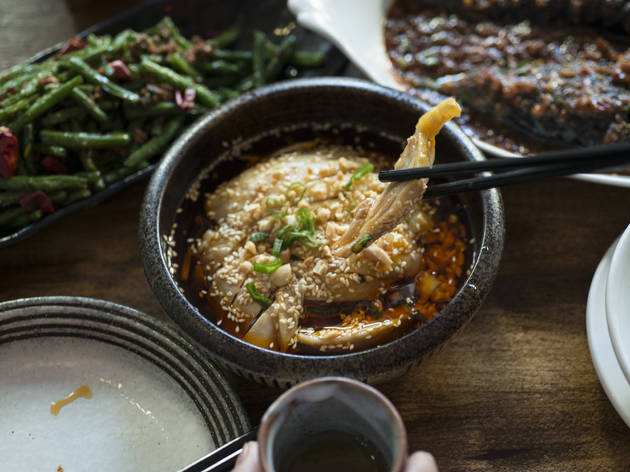 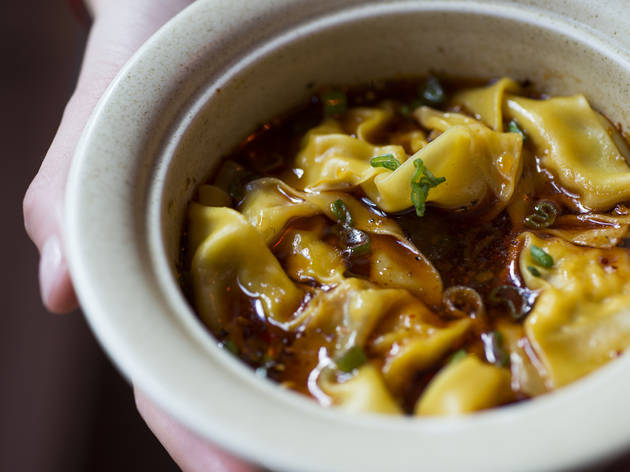 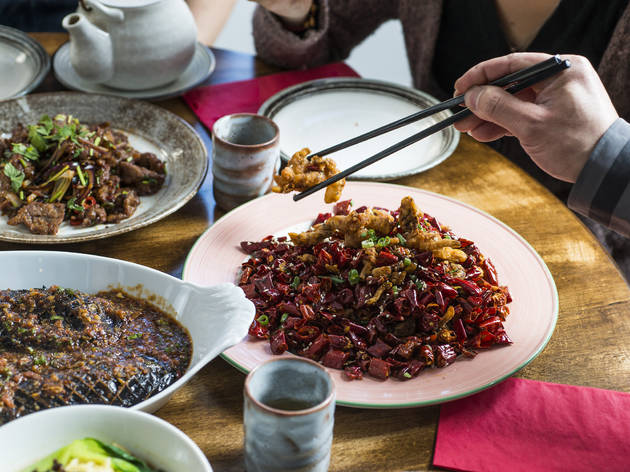 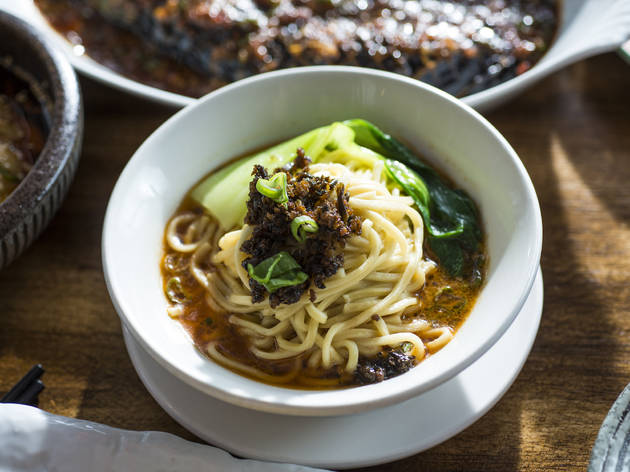 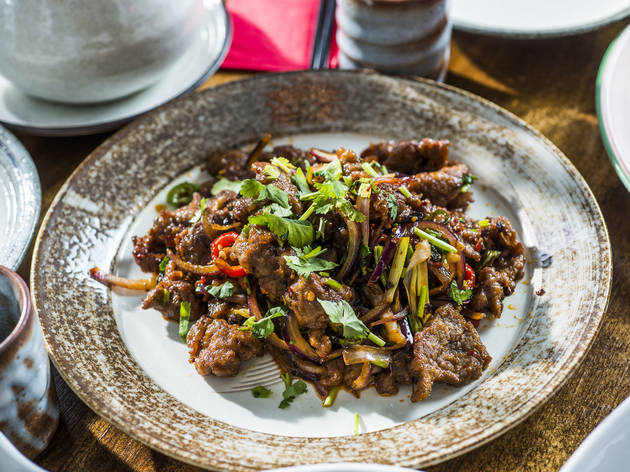 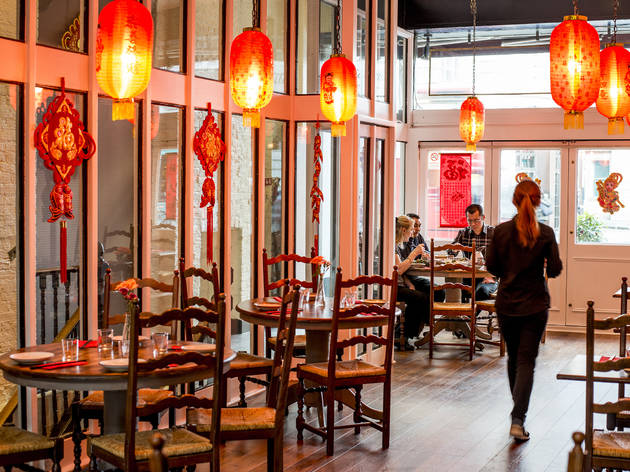 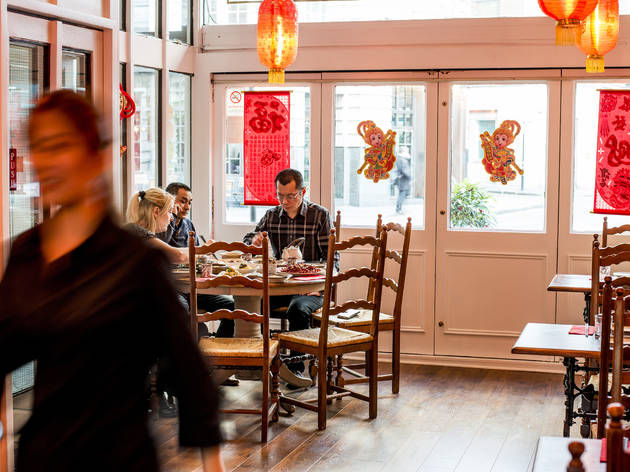 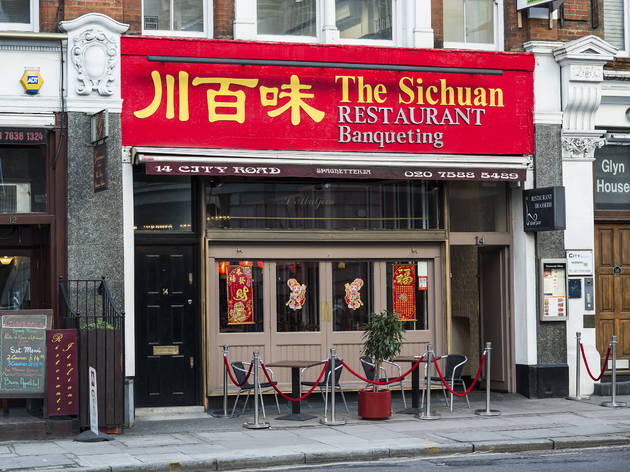 An unassuming Chinese restaurant near Old Street specialising in the food of China’s Sichuan province.

Don’t expect flash. In an age where restaurants are increasingly judged by their Instagrammability (my spellcheck claims this is not a word; I disagree), it hashtagfails on many counts. Sure, there’s a wall of exposed bare brick (a hangover from its Italian predecessor) and it’s had a nice spruce-up. But the new floor is a tad shiny, the lighting a touch bright. Instead of bare filament bulbs, there are oversized red lanterns. It looks like the kind of place that might have a karaoke room and, sure enough, when I nip down to the loo, there’s a throng of Chinese international students enthusiastically vogueing to Madonna in a – happily soundproofed – back room.

But stay with me. Because if you really care about food, you won’t always judge a menu by its laminated cover. Or the fact that, in lieu of the staff speaking perfect English, pages come with pictures. When the dishes arrive, they’re crammed with flavour. Not just the fire and ‘numbing’ notes this regional Chinese cuisine is famous for, but a depth and complexity that shows off the chef’s skill. Street food plates (find them under ‘snacks’ on the menu’s back page) are a must: slippery dan-dan noodles, say; or pork dumplings in a moreish, oily, red chilli ‘soup’. Portions are generous, so go with several friends and order large plates such as the dry-fried beef with cumin: a mouth-watering tumble of tender meat, black beans, cumin, coriander, red onion, and three kinds of chilli. Or green beans, wrinkly and topped with salty, garlicky minced pork – and three kinds of chilli. This isn’t food for the faint-hearted.

Only the dried-out rice had us reaching for our thumbs-down-emoji. But we’ll let it slide, because independent, unpretentious joints like the Sichuan are a dying breed, right up there with landlines, travel agents and clean-shaven men. We should support them.