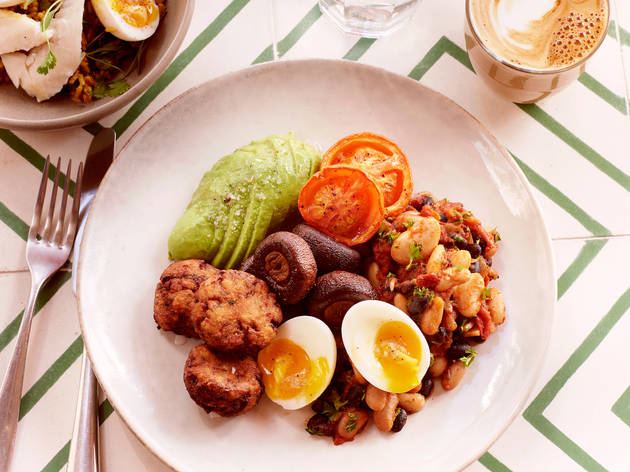 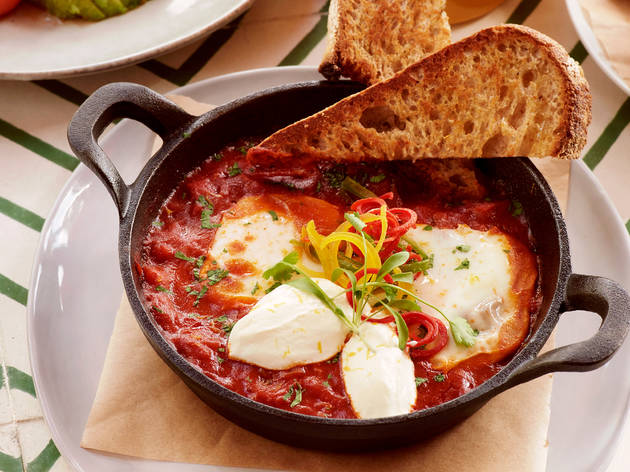 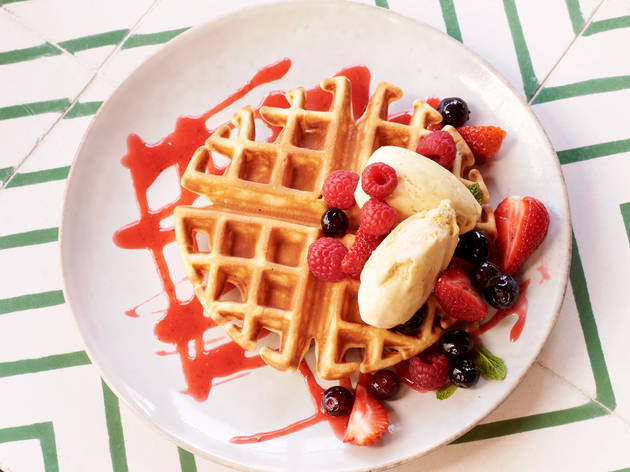 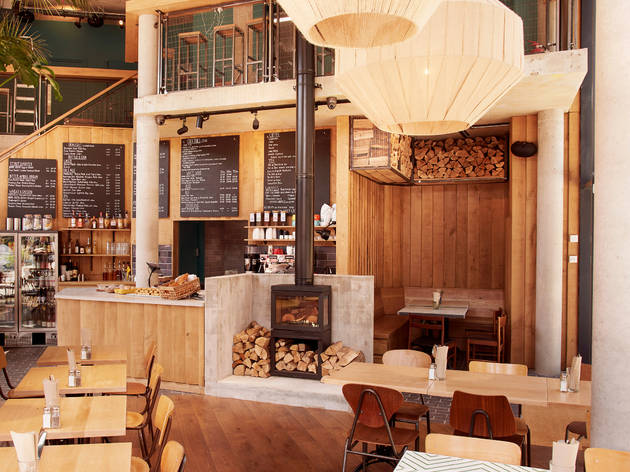 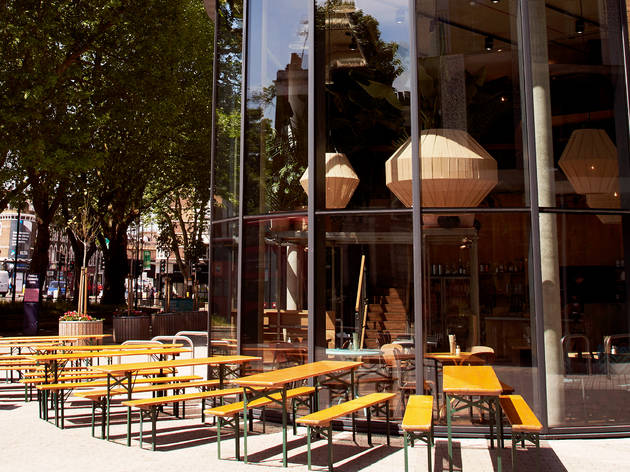 An all-day eatery from the team behind the Sebright Arms.

Unlike the once-shabby, now-glorious Sebright Arms, this is not a pubby tale of rags to riches. This time round, the team behind that fab East End boozer has gone straight in at the posh end. The Vincent sits beneath one of those shiny towers of £500k flats, but don’t let that put you off. It’s a sheeny café-restaurant serving up brunch, dinner and drinks that juts out below the apartments above like a light-filled conservatory. Ginormous windows, plants and lovely community references quickly whisk your mind away from the housing crisis. It’s laidback and bright, with a focus on doing the simple things really well.

A heap of bright yellow kedgeree kicked things off nicely, big chunks of smoked haddock undercut by a tangy mango salsa. Deliciously hangover-curing in every way. A plate of waffles crowned with bacon and golden fried chicken was equally ace – covered in maple syrup and easily the chunkiest thing on the menu.

Saying all that, there’s definitely a vegetarian-vegan theme going on. The ‘vedgeree’ alternative was proudly declared; we were told the vegan meatballs are popular; and you have to pay extra for actual meat with your full English (you’ve been warned). But it was the £2 bottomless coffee that ultimately won me over. Unlike the flats above, everything here is good value. And despite the slightly sterile location, The Vincent totally shines.