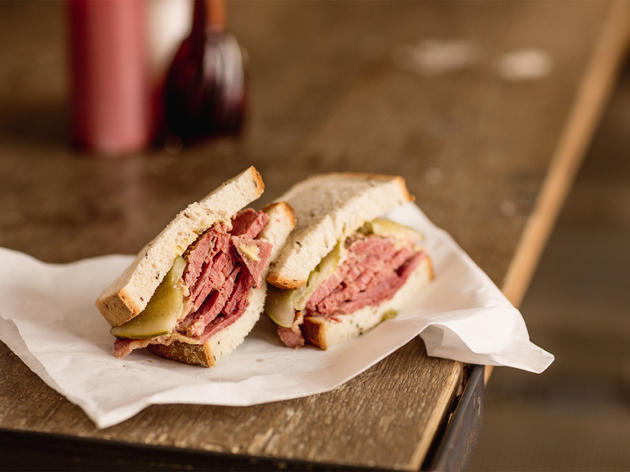 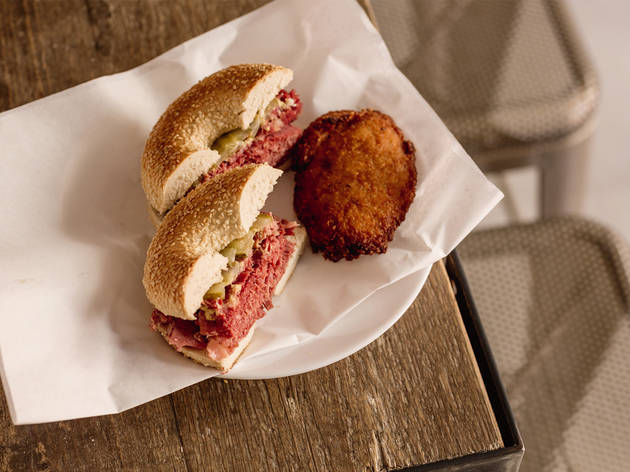 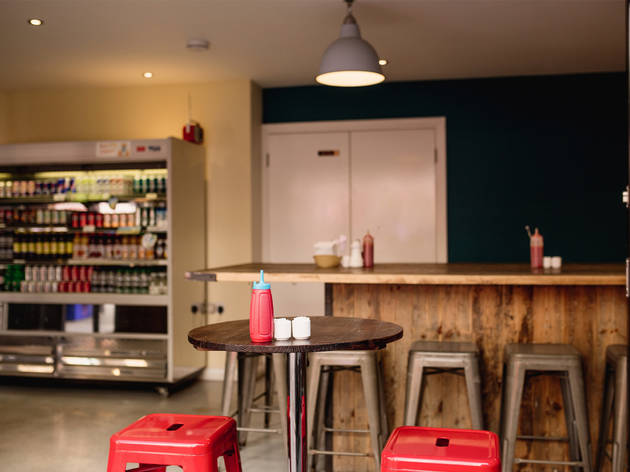 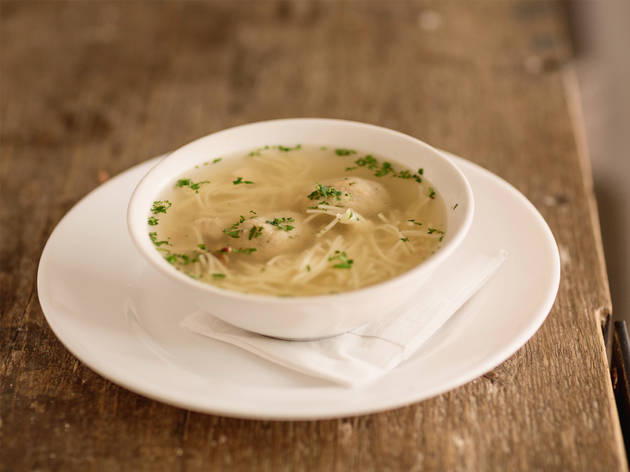 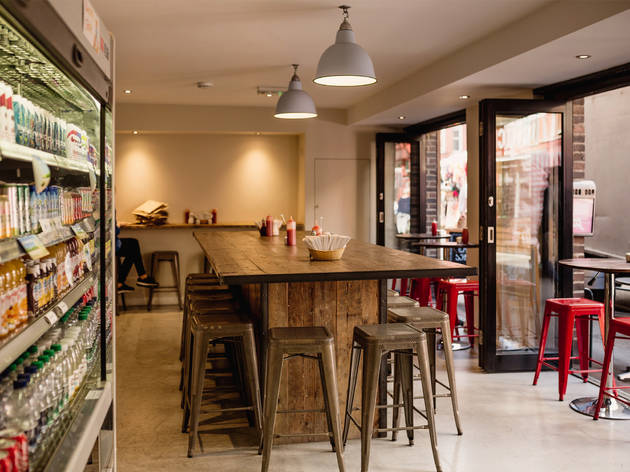 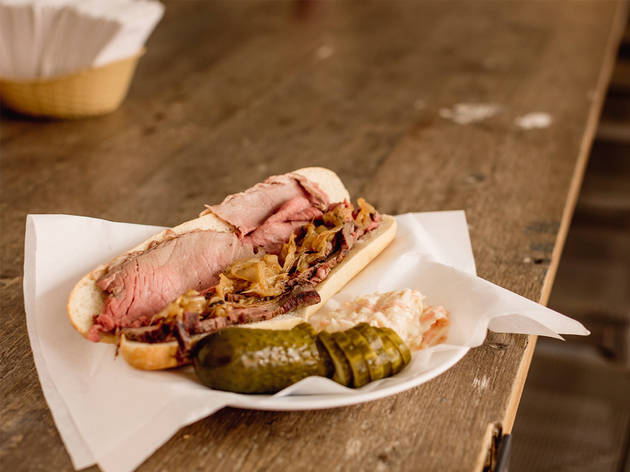 A Jewish-style delicatessen in Leather Lane where everything is kept simple and all the food is top-class.

Located at the end of Leather Lane Market close to Holborn road, Tongue and Brisket offers an array of hearty lunchtime sandwiches and bagels including salt beef and tongue.

During World War II, Londoners complained about American GIs in Britain by saying they were ‘oversexed, overpaid, and over here.’ London has recently been swamped by another American horde: themed restaurants in the lower price brackets. You can hardly walk down any major thoroughfare without spotting a new burger/barbecue/pizza/chicken joint/deli. The problem? They’re too often overhyped, overpriced, and overrated.

The complaints don’t apply to Tongue and Brisket, even though its menu bears a resemblance to New York deli food. It’s a reminder that London has its own long-standing tradition of northern-European Jewish cooking, and that we don’t need to ape the delis of Murray Hill or Williamsburg.

Tongue and Brisket keeps its menu very short – a few sandwiches, a few soups, a few sides, a few puddings. I was raised on this kind of food, and I am delighted to report that T&B does everything just right. The brisket (aka salt beef) is brined with skill, cooked to melt-in-the-mouth tenderness, and sliced – as it should be – with its outer layer of fat intact. A sandwich costs £4.90, and it’s of tasteful but filling size.

But there’s more here than salt beef. The tongue sandwich is just as good, also meltingly soft and supremely flavourful. Pickles are fine. Chicken noodle soup with a diminutive matzo ball features a wicked broth. Coleslaw, made in the simple, creamy style, would feel right at home in Brooklyn. The mustard and rye bread are way, way better than in most of London’s faux-New York delis. (Please don’t order the sandwiches on a bagel; rye is better and more authentic.)

Many enjoy these splendours via the takeaway route, but it’s way too good to eat at your desk. There’s a big communal table and some counter space with stools. Collect your meal from the counter, on a shiny steel platter, walk a few steps, sit down, and chow down.