Restaurants, American Shoreditch
4 out of 5 stars
Venue says A Shoreditch small plates, modern-American restaurant by Chase Lovecky and the team behind The Clove Club.
Close 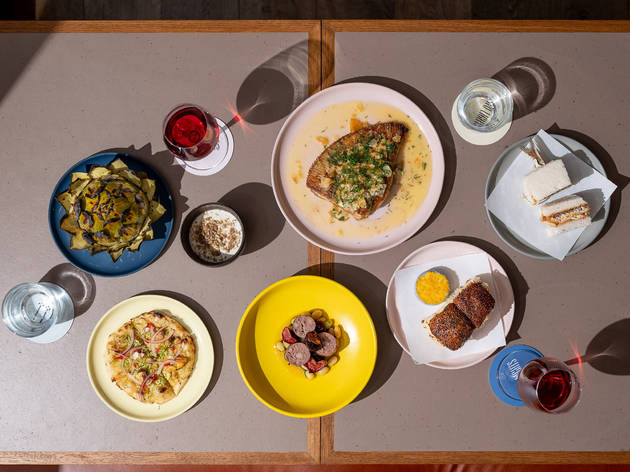 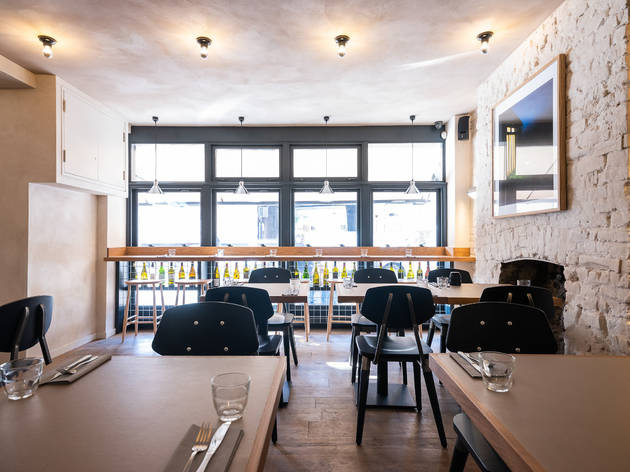 A younger sibling to The Clove Club, with creative small plates.

If you thought that cutting-edge, Michelin-starred hotspot The Clove Club was refreshingly laidback, just wait till you try Two Lights. This, CC’s Shoreditch-based little bro, combines unconventional cooking with being as carefree and unstuffy as you can get. It’s on Kingsland Road, better known as the home of a thousand phos, and like many of the other ex-shop units on the street, the space is homely. It’s been fashioned from two knocked-through sites, one of which has the clattery open kitchen, the other the steps down to the loos. The floors are wooden, the music rocky, and the glass frontage means you can see when your bus is approaching. On the plain, whitewashed walls, there’s the odd shelf, heavy with new pickles and old cookbooks (including one from Noma, where co-founder Isaac McHale fleetingly interned).

The food is sometimes casual – there’s plenty you can eat with your fingers – but always creative. There are modish little things, like a crusts-off-then-quartered white bread sardine katsu sarnie (not bad, though not as good as the chicken version at Bright), or mussels on charred flatbread (even if the inclusion of brussels sprouts wasn’t as daring as you’d expect).

But things become genuinely fun if you put yourself in the hands of the savvy, charismatic staff and just say ‘surprise me’. Then sit back and let them. There was a playful but addictive snack of crab on chips. Not an entire plate of chips, no, but two portly jenga-brick-esque specimens, topped with crab, mayo and the tang of pickled elderflower. It was redolent of an upmarket Filet-o-Fish from Maccy D’s (which we all know is the best thing they do). Or whole roast artichoke – how often do you see whole artichoke these days? – the edges of its leaves black and blistered. You eat it the old-school way, by peeling off a leaf at a time, then sucking the flesh out and putting the woody bits aside. Only, instead of being served with boring old melted butter, the uber-veg’s sidekick here was a thick, creamy, faintly briny dip, rich with miso and sunflower seeds. The decadence of the sauce brought out the charcoal of the leaves. It was the taste of comfort food, eaten by an autumn bonfire.

Or, later, a beautiful piece of skate. Lustrous and messy, it had been lavished with acres of butter, bits of sharp-sweet pickled cucumber, tiny fronds of dill and, oh yes, a layer of crushed crisps. Any restaurant with the balls to use crisps in their cooking (homemade, they insist) will always get my vote. To finish: a muscat grape granita, intriguingly un-sweet, with shards of meringue and a creamy, herby, shiso ice cream.

Two Lights, in short, is a simple spot, with all the drama just where it needs it: on the plates.

Our wine list showcases small producers from around the world supplemented by iconic crus. British craft-brewed beers and a small selection of house cocktails are also available.