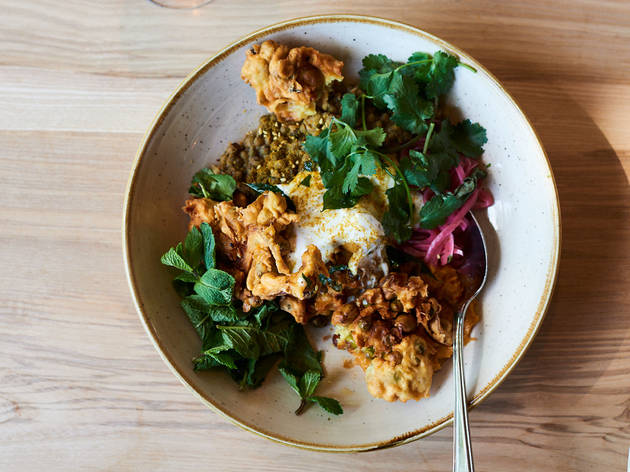 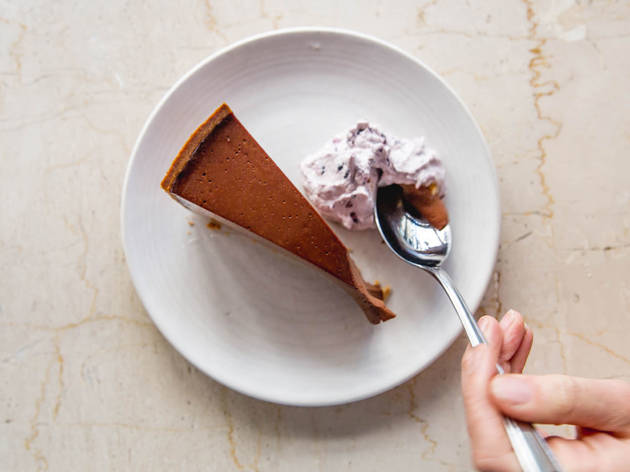 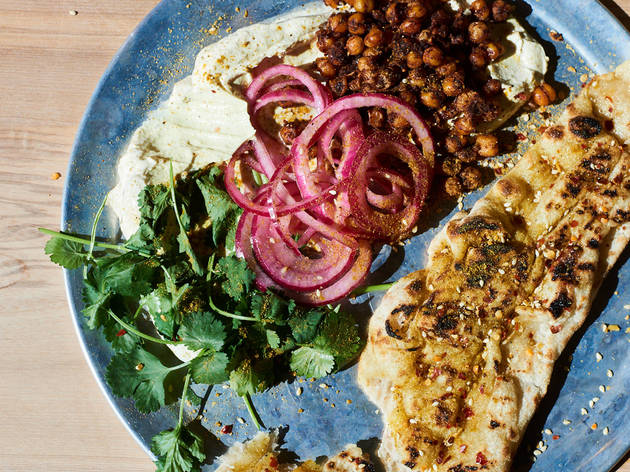 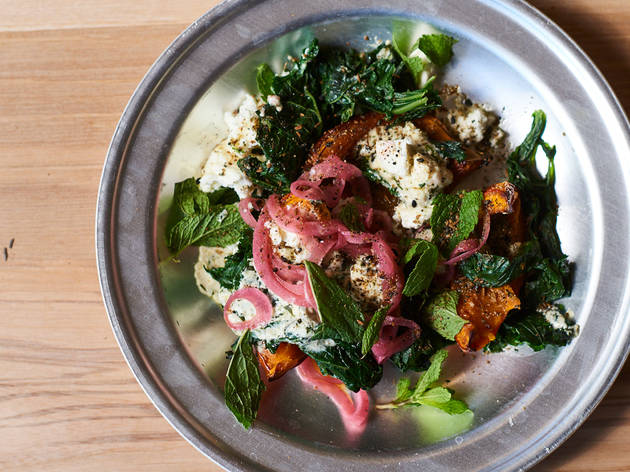 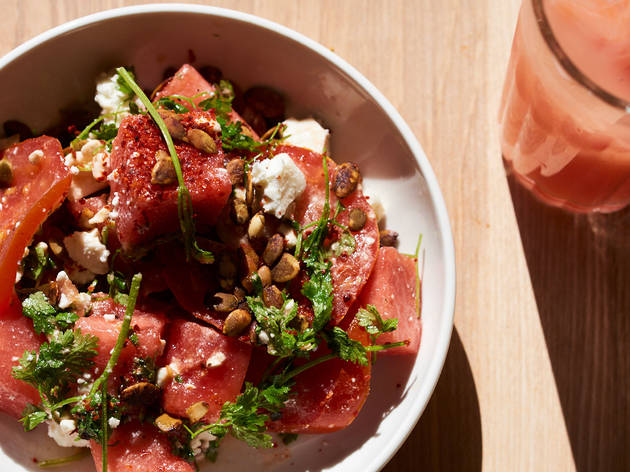 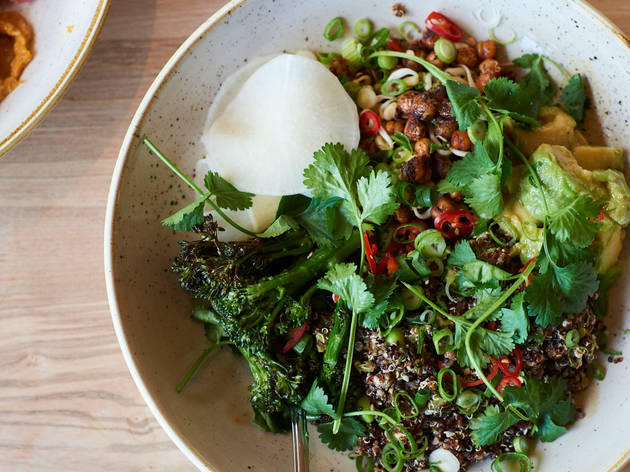 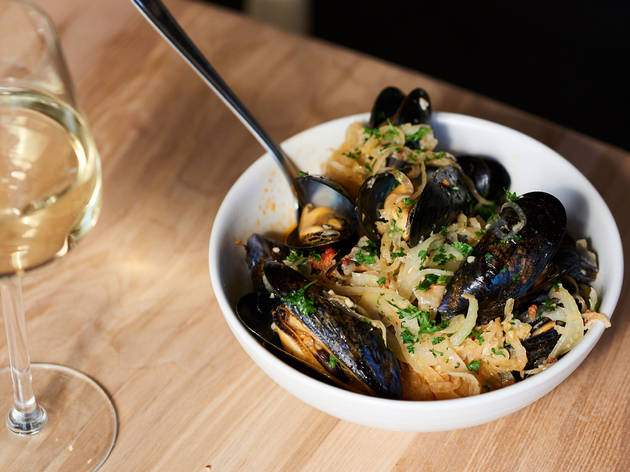 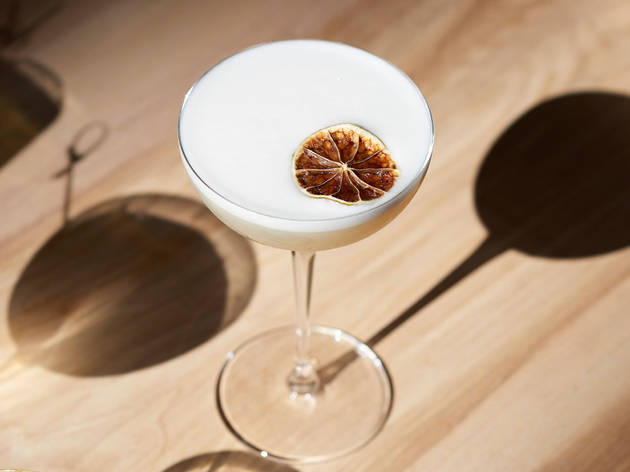 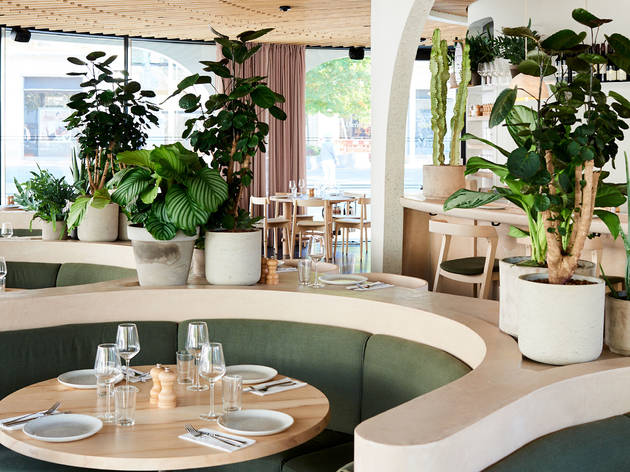 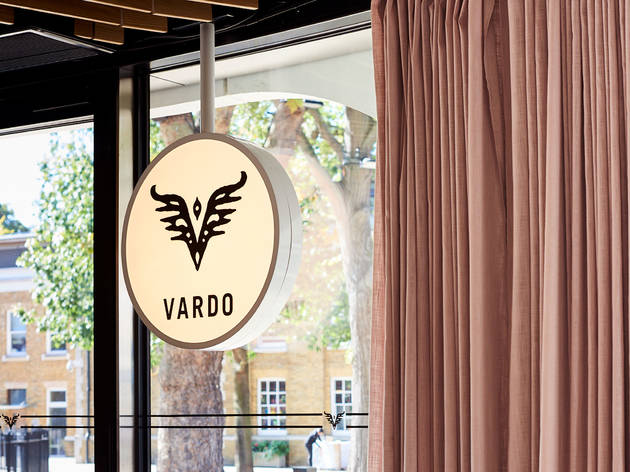 A new small-plates restaurant from the Caravan team.

Never mind if you’re into food: the Duke of York Building is very cool. It’s a contemporary beauty, plonked, seemingly randomly on the footprint of an old café, in the middle of Chelsea’s historic Duke of York Square, where most of the buildings are Georgian and listed. Its circular space is all clear curves and sweeping pale concrete on the outside (fun fact: the glass walls can retract downwards in sunny weather, providing an ‘instant alfresco’ vibe). Up top is a narrow perimeter roof terrace.

Inside, it’s equally swish – minimalist woods, stone, more curves – and a fitting setting for a menu that I’m going to call ‘Caravan 2.0’. That is, eclectic, fusion-y small plates from the same team as first brought us killer coffees and coconut bread, but sharper and more stylish. The menu is large – almost too large – and includes an impressive number of plant-based options. Nearly everything we ate was terrific: bright, thrilling plates, their bold ingredients plucked from every shelf of the world’s larder.

Some were simple: an ’nduja pizza, papyrus-thin, the heat of the spiced sausage paste casually accessorised with curls of dark, gleaming cavolo nero and mellow little hellos of confit garlic. We sampled several dishes that were completely vegan, but so substantial that even the hungriest of card-carrying carnivores would find them satisfying. Like a bowl of joyfully calorific jerusalem artichokes, served piping hot, their centres waxy and smooth, their outsides adorned with green harissa, milder and zestier than its celebrated rose-coloured cousin, and the occasional sweet, tangy pomegranate seed to pop in your mouth. Oh, and fresh mint.

Later, a wholesome shitake donburi, its nutty, chewy, brown-rice base under a stratum of pickled veg, including, of course, slivers of vinegary mushroom, and more fresh herbs on top: they’re a bit of a theme here. Finally, a trio of chunky pulses – lentils, peas and broad beans – coaxed into one giant, warmly spiced fritter. Only a single dish: an over-wet aubergine, its flavours clashing, threatened to rain on the parade. But anywhere that can do silken tofu this well (crisp-edged and tumbled with crunchy stalks of water spinach, the whole lot slathered in salted black beans, sesame and lots of red chilli), is fundamentally in my good books.

Besides, Vardo is about more than the eats (though they’re excellent). It’s also a place for unrivalled people-watching – with views of the King’s Road, a strip of London that’s more catwalk than shopping street – in an avant-garde setting. And if your budget isn’t huge (though portions here, given the postcode, are refreshingly generous), then come for just a few snacky plates before heading up to the circular roof terrace. It’s open to the public and completely free.