Restaurants St Giles
3 out of 5 stars 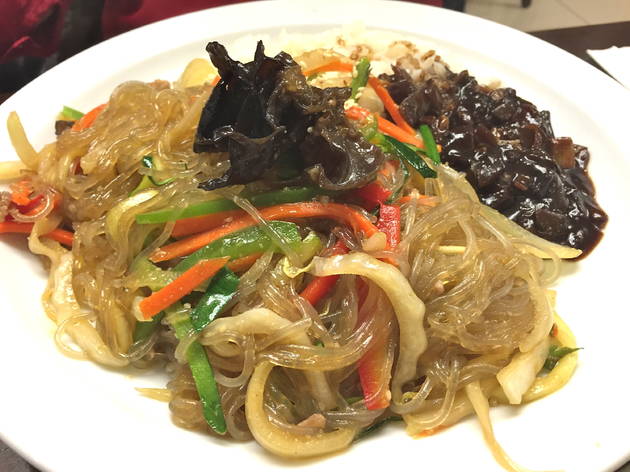 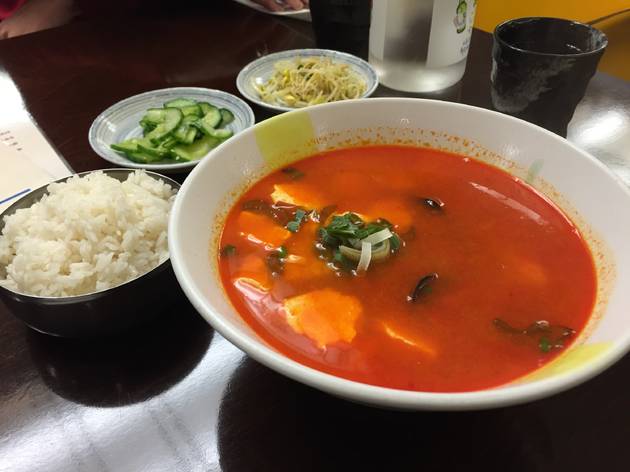 St Giles High Street used to boast a hidden enclave of cheap but decent quality Korean restaurants, Woo Jung being the jewel in the crown. Sadly, due to the Crossrail development, many of these restaurants have had to close or relocate. The good news is that Woo Jung has opted for the latter, moving to a spot just around the corner from its old home, in the basement of Centre Point Food Store, itself now relocated on New Oxford Street.

On our visit Centre Point Food Store haven’t even changed the sign pointing down to the restaurant, which still reads 'Hana' (it's not: it's Woo Jung). But the smells wafting up from below stairs are as enticing as they were at the original. And despite the kitchen’s modest size, Woo Jung’s impressive menu rivals restaurants in that other Koreatown, New Malden.

All the classics on the spruced-up carte are present and correct, and range far beyond the obvious bibimbaps and bulgogis. There are kimchee pancakes, skilled dishes such as hoe-guksu: spicy noodles with raw skate; soondae: a Korean take on black pudding filled with noodles; and even the popular pot-luck casserole, made with hot-dog sausages (a US Army import that stuck around). Our stir-fried vermicelli noodles (chapche) were sensitively seasoned and pleasantly chewy, interweaved with crisp vegetables from the shop upstairs and morsels of beef. Meanwhile, the spicy broth of our soondooboo (spicy tofu soup) lacked complexity of flavour but was enlivened with silken tofu, mussels and a soft-poached egg.

Even before you take into account the commendable standard of cooking, the amount of choice, and the shy welcome of the staff, Woo Jung’s prices are astoundingly good, with change from a tenner per head likely. The loss of Centre Point's Koreatown may be a blow to Londoners, but Woo Jung’s move hasn’t hurt it one bit.