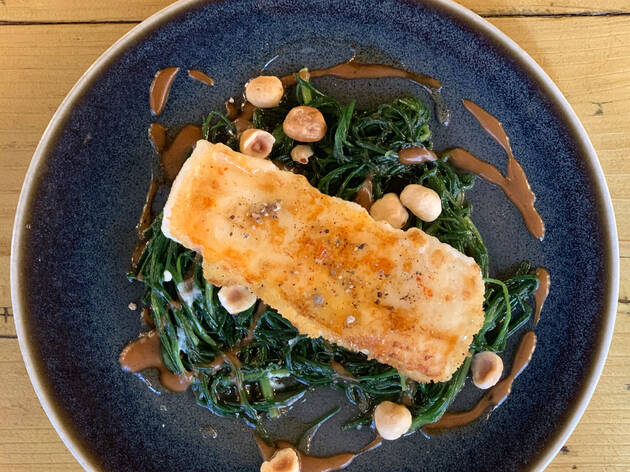 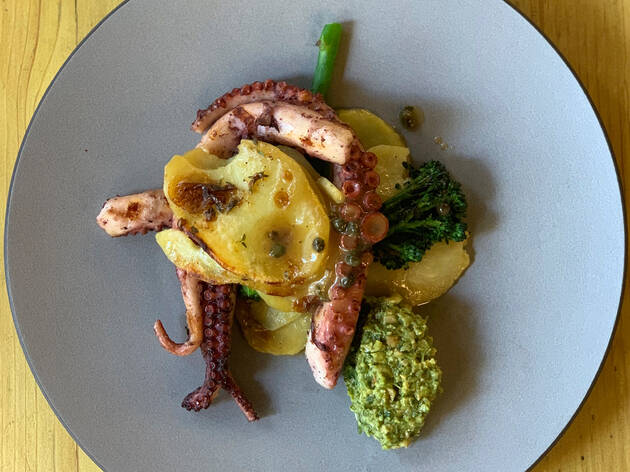 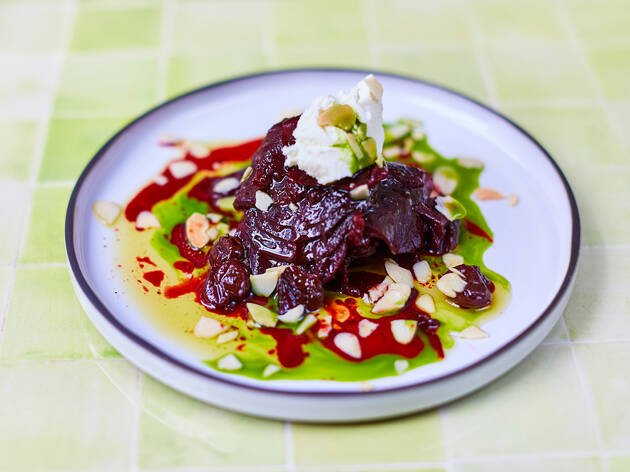 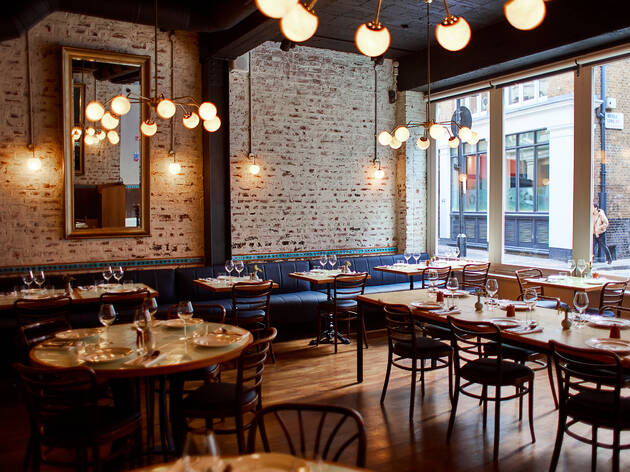 The London spin-off of one of Istanbul’s most celebrated restaurants, Yeni has some big shoes to fill. No pressure. But it’s not flashy. When you walk in, your first thought, if you’ve been to the Turkish original, is that this version is almost as humble, just with more of a Soho edge. The unplastered bricks have a pale, distressed paint effect, like the walls of an abandoned farmhouse. Ceilings are high and dark. The kitchen is open, with pretty patterned tiles along its front. There’s a communal wooden table in the middle, with smaller ones around the sides. Lights are low, candles twinkle, the soundtrack is jazzy. It’s all deliciously atmospheric.

And that’s before any food even arrives. This is the sort of place that serves an amuse bouche as a warm-up, and not just any old thing, but a sample of the aubergine manti (dumpling), considered one of the best creations to come out of the kitchen of Yeni Lokanta in Istanbul. A small, single parcel sat in a pool of thin goat’s yoghurt, with little flecks of oil (green for parsley, orange for chilli). I loved Yeni for giving them away so that everyone could try one.

Then there was the salad. An unlit bonfire of matchstick-thin green apple, prodded from the sides by crunchy mange tout and fresh leaves of mint, it had been lightly dressed, then strewn with casual blobs of chilli jam and cooling yoghurt.

If you’re the sort of person who thinks that salad is a dish you eat before you get to the real food, I assure you, this will make you reconsider your position. Equally flawless – and I do mean perfection – was a dessert of kadajifi (bread pudding) fritters. Crisp-edged clouds the size of giant marbles, they came spiked with zingy strips of candied orange zest, topped with a scoop of smooth, silken ice cream made from buffalo milk.

In between? Succulent skate, cooked in a slug of raki (aniseed and grape liquor: it’s only hinted at) and served over a messy tangle of monk’s beard and tomato strips, with tiny surprises here and there: pumpkin seeds, pine nuts, capers. Then, well, everything else. Right down to the salted-caramel panna cotta, which came in a cold puddle of savoury pumpkin veloute. Genius. In fact, I really couldn’t name a bad dish.

So where’s the ‘but’ then? Well, Yeni’s not cheap. Go hungry and you’ll leave poor. My tip? Ask for some bread. It’s not on the menu, but our request was greeted not just with a beaming ‘of course!’ (side note: the staff here are wonderful) but a basket of good sourdough and some unasked-for but excellent smoked butter. Also, stick to the small plates: they’re miles better value than the ‘large’ ones, which are much pricier, but not, in fact, much bigger.

But do start saving up those pennies. Because this modern Turkish restaurant is, cliché or not, an absolute delight.