A Child of the Jago

Anyone familiar with Joe Corré’s label A Child of the Jago will know it’s an acquired taste. Its Shoreditch store has been peddling its dandyish, Edwardian-influenced gear since opening doors in 2008 – not your typical east London fare by any stretch. But that’s just the way Joe likes it. He proudly describes the label, that’s just opened a new location on Charing Cross Road, as an ‘anti-brand’.

Fashion is in Joe’s genes – he’s the only child of Vivienne Westwood (his late father is Sex Pistols manager Malcolm McLaren), and worked for her company for years after leaving school at 16. He went on to found Agent Provocateur in 1994, with his then wife. After breaking loose from the company, his own project, A Child of the Jago, was born.

‘I was tired of the global brand thing, opening new stores all over the world. Mass consumption. It was my idea to make clothing using up what was left from the fashion industry – end of line cloths and high quality fabrics that were left on shelves. We make things in small runs, here in the UK.’

Jago clothing is distinctive. While the brand sells all sorts – from T-shirts to womenswear – men's tailoring is its trademark, and suits are showpieces. From vast lapels to striking patterns – thick pinstripes, clashing tartans ­– you won’t be blending in to the crowd in one of these. I’ve often wondered, when passing the east London shop, who its customers are – you don’t see people dressed like this on the Northern Line very often. ‘People after stagewear – pop stars, bands, TV people’, Joe says. ‘We even get sapeurs from the Congo.’

The Charing Cross Road shop is a fittingly exhibitionist backdrop for the clothes – it’s like a stage set. Hats (bestsellers for the brand) take up a levitating rack above a staircase. Gothic-looking jewellery – think thick silver bone-shaped rings with pearls – are displayed in antique cabinets. A dressing room on the ground floor opens with a heavy brass key. Windows are gilded, walls papered in yellowy London maps.

A Child of the Jago, Joe says, ‘is a very London brand. All of my cultural impressions come from my upbringing – everything I’ve grown up with.’ Which includes his mother. (He’s self-assured enough not to be cagey when asked about her). ‘Not necessarily in the styling of the shop, but in terms of the clothing, I’ve definitely been influenced by her. She’s done everything, invented everything, from the tube dress, to – every look you can think of, she’s done it ages ago. It’s impossible not to be influenced by that.’

Joe openly admits that he’s brought his brand to the West End because ‘people don’t go to the East End to spend’. And spending is what you have to do here – suits start from £445, hats from £95, printed T-shirts from £55. Does that contradict his anti-consumerist stance? 'It’s consumerist to have a new outfit all the time. I want to make things that people will still be wearing in five years. If you buy fewer things, that are better quality – that’s better for everyone.’

But why Charing Cross road? It’s not exactly a style hotspot. ‘I know, and I love that about it’, Joe says. ‘Lots of streets in London feel like shopping malls, with all the same sorts of brands. I didn’t want to be inside all of that. I don’t want to fit in to that designer brand section.’

Joe famously turned down an MBE in 2007 in protest at Tony Blair’s handling of the Iraq war (‘I was brought up with a healthy scepticism of the government’), and it’s unsurprising that his anti-establishment streak extends to the world of fashion. ‘I don’t consider myself “in” fashion. Fashion is about trends… I have no interest in trends, no interest in fashion week. I love clothing, and dressing up, and the quality of fabrics, and making things.’

And as for people who consider the brand not to their taste? ‘Fuck ‘em. If people are scared to step out of the shadows and try something different and want to continue to be sheep, that’s up to them.’ There’s clearly something in the blood. 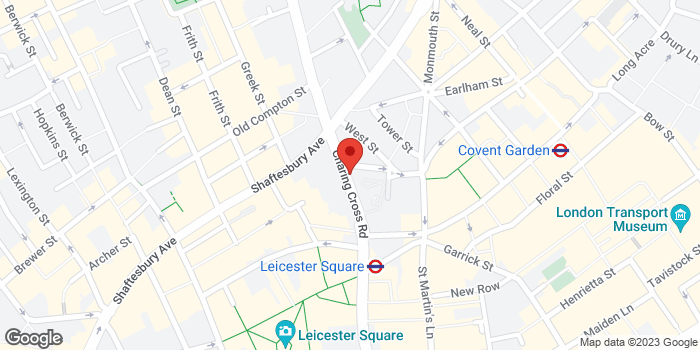