From tracksuits and masks to full costumes, your Squid Game merchandise list is here

Netflix’s Squid Game has hit hard. The show has been watched by tens of millions worldwide, and to generally high-acclaim. The highly watchable show has obliterated many sleeping patterns as people stay up for another, and another episode, waiting to see just what happens to the contestants of these life-changing (and life-threatening) games.

So, given just about everyone is on the hype right now, merchandise is only natural. There’s a lot of good stuff out there. The show’s other-worldly costumes and cool urban South Korean aesthetics make a great mood-board for some great designs.

Whether you have Halloween in mind or just love a good bit of merch. Here, we’ve decided to round up some of the best. From those seriously well-made replica costumes to just super cool looking tracksuits and everything in between. A one-stop guide to copping that sick merch, from spooky party to loungewear, right here, let’s go. 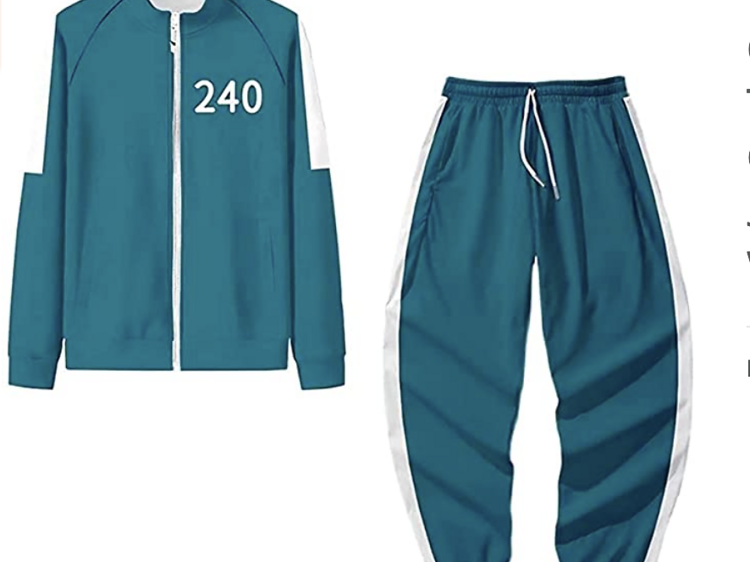 A star of the show from a fashion perspective, these teal, almost football-casual looking retro two-piece tracksuits looked the business on our screens with their old-school colouring and clean-as-a-whistle san serif numbers. You can choose between a few numbers too, so whether you want to channel the vibes of player 001, 067, 218, 240, or 456, you can. There’s a couple other colour variants, including a more forest green and a blood red colour, should you fancy steering off canon a little. They’re made from polyester, so promise nice soft comfort. 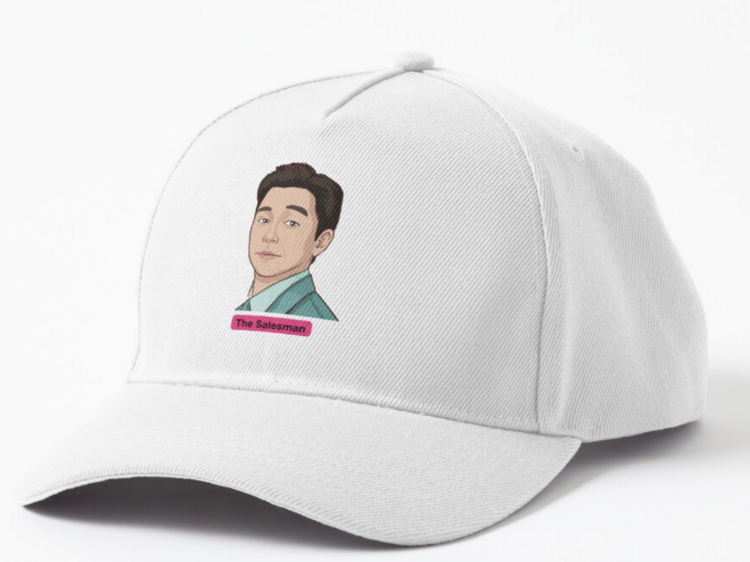 Fancy a game? Find a sleeker Squid Game baseball cap merch item than this. Spoiler: you cannot. Coming as both a Baseball Cap or a Dad Cap (slightly more oversized than a baseball cap, with less of a curved brim, just fyi) and available in five colours, this cap is lovely. It features a sharp illustration of Gong Yoo, AKA the Salesman, givng his iconic smug looks. 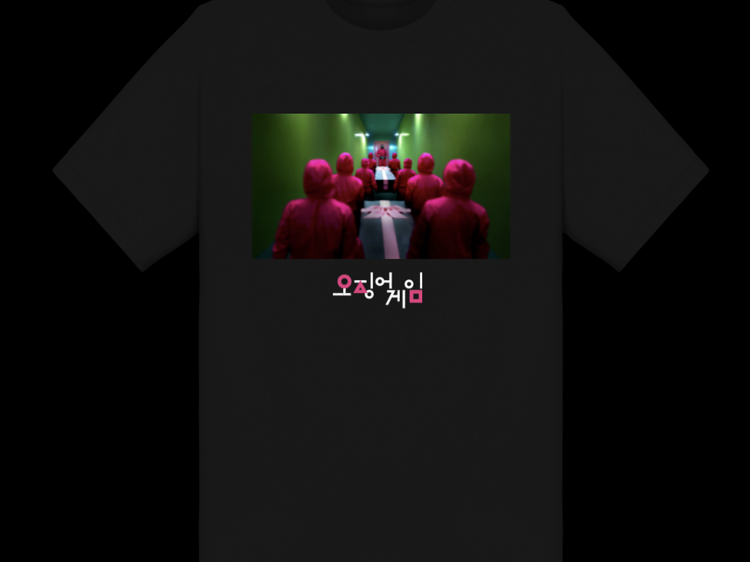 Yup, Netflix brought us one of the biggest shows around and then went: Been there, got the T-shirt. There’s a couple on offer, actually but this one of the guards carrying coffins is our pick. There’s no loud guns, and the image is generally pretty aesthetic. A touch of Wes Anderson about it. Underneath there’s a Squid Game logo, which you can customise to be either in Korean, or English (which has two versions). 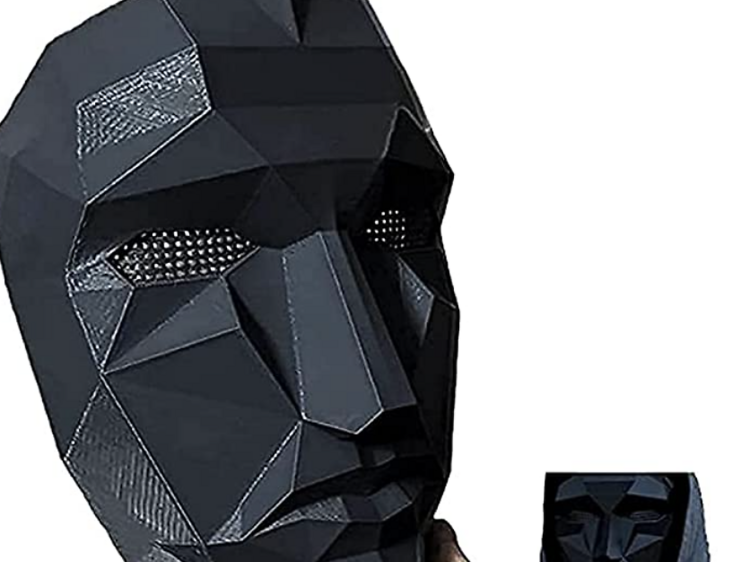 Amazon has really smashed the Squid Game Halloween ‘fits this year. And their Frontman mask is no exception. It's one size, and is crafted from a durable material making it sturdy but not bulky. There's a hole to see out of and breathing is a breeze. So just stick on some black shoes and trousers and you’ve got yourself a killer costume, baby. Oh, and a gown. Here's one. Sorted for looking all mean between sips of decanted whiskey. Should deliver in time for Halloween, too. 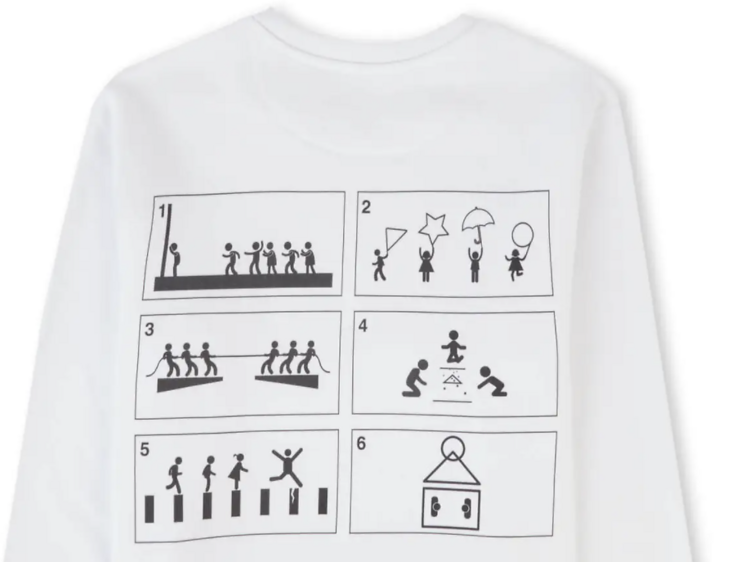 With the Korean Squid Game logo on the chest in black and a vivid pink, and a comic strip style illustration of all six games played at the island on the back, this is a trendy and actually quite subtle nod to the Squid Game series. It’s available as a short-sleeved top also, but we like this long for the winter months. It’s exclusively white on black. Shame they didn’t have these t-shirts before they played the game, might have given a few clues. 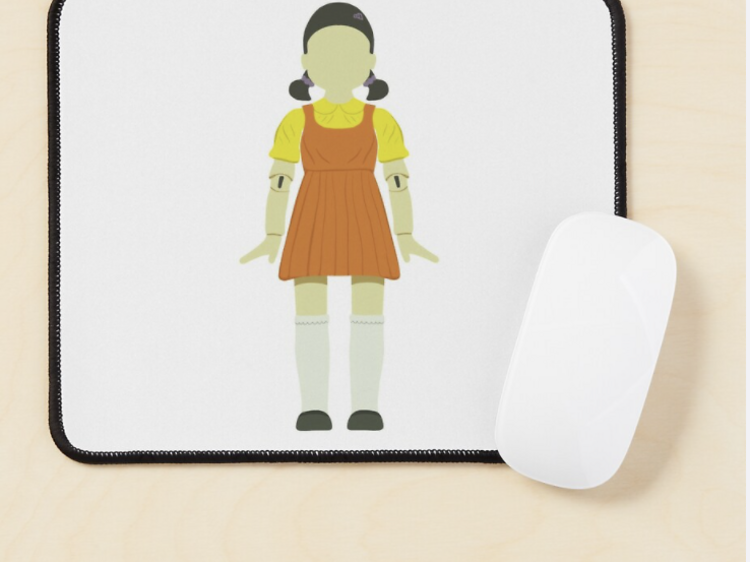 Looking for a little home improvement? This mouse pad will do the trick. The minimalist doll adds a pop of intrigue and colour while being big enough to hold the mouse and keyboard with room to spare. It's also crafted to be an anti-slip, anti-frill mat which support optical and laser mice. Well built, then. Also there's no eyes, so don't worry about them laser guns! 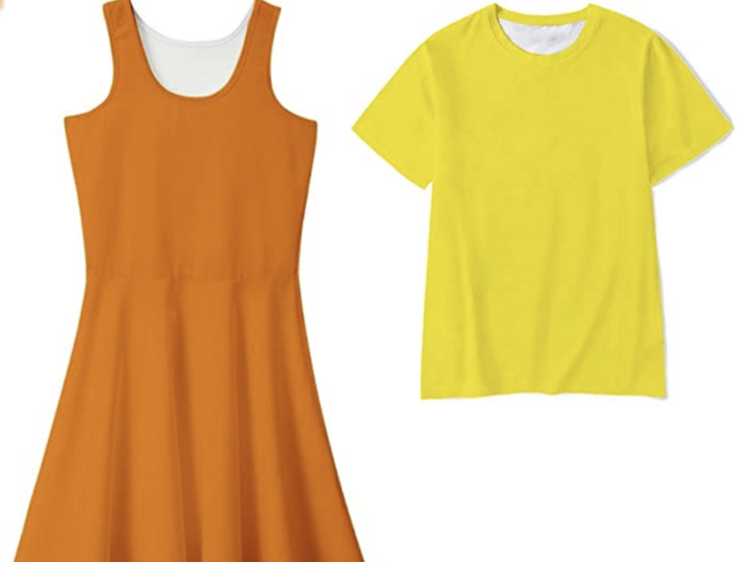 That giant doll has become something of a dream invader. Big cute childlike thing with robotic eyes that… we don’t want to spoil the show for you. Anyway, if that’s a vibe you want to channel at some point, be it halloween or just walking around (the orange and yellow make a nice autumnal combo after all) here’s your chance. Sizes range from small to 5XL. The yellow piece of clothing is actually a zip-up sweatshirt with the orange dress fitting over it, so you can use both pieces separately. Just get some white stockings and you're away! 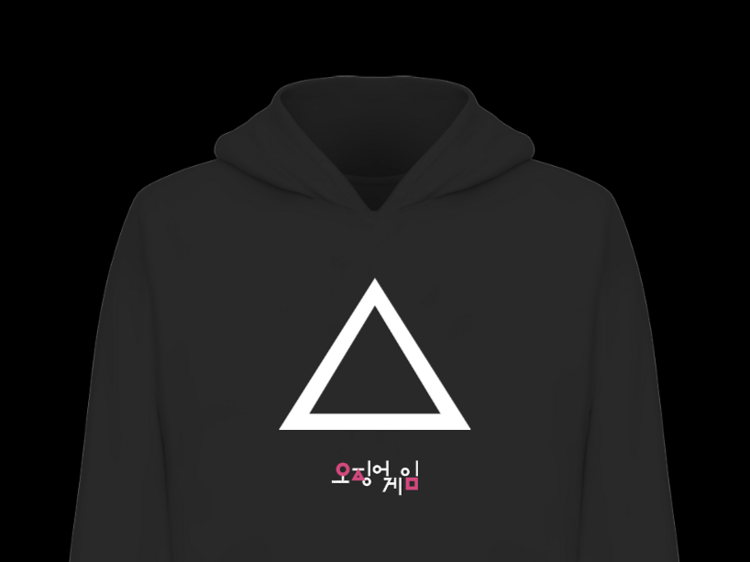 Another nice piece of merch from the ‘flix is their hoodie. Like before, this is customisable, but even more so. You can both choose which of the three shapes (triangle, square, circle) you’d like to feature as the main graphic, and also which Squid Game logo you want underneath. We like it with a big circle and the Korean logo, but maybe the triangle is most iconic. Up to you though, there’s the beauty of it. It’s made with a cotton and polyester blend, and features a front pouch pocket. 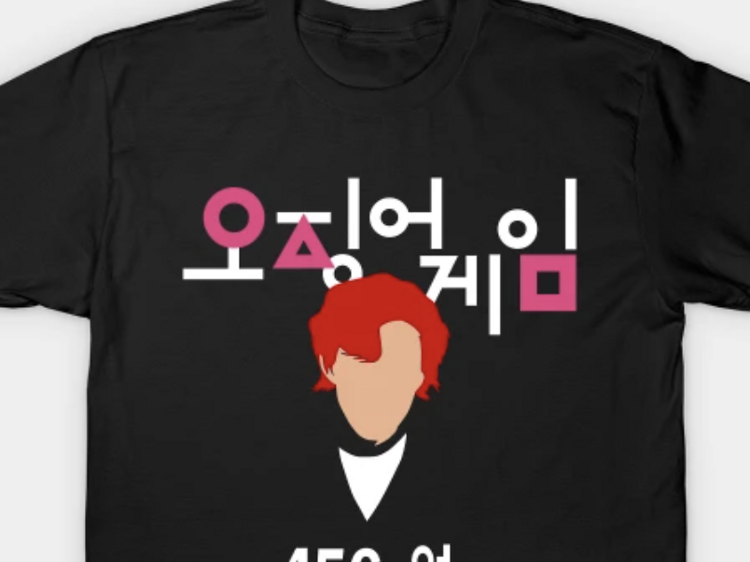 This stylish graphic containing a red haired Seong Gi-hun, his player number and the Squid Game logo is an all-round homage to the character and show. We think the placement of the graphics makes for a really striking look. What’s great about this t-shirt is you can choose from a variety of styles – ringer t-shirt, eco t-shirt, it’s all there. There’s also sizes small to 5XL, and over 25 colours to choose from. Range! 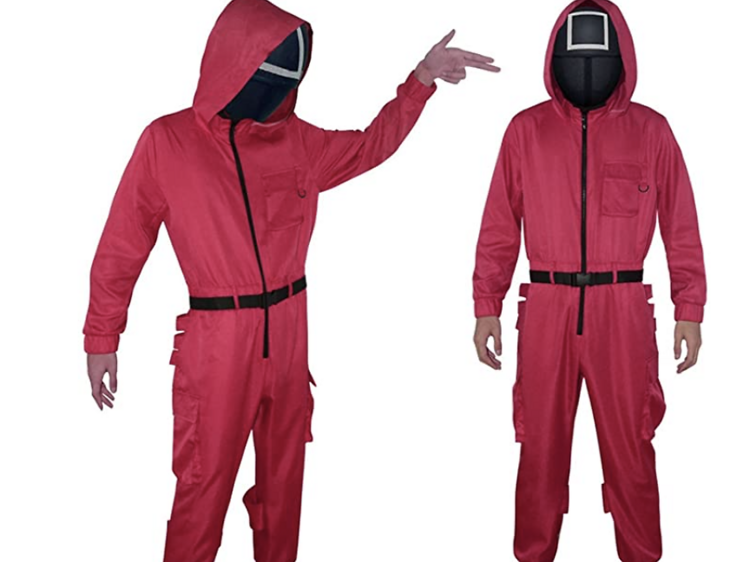 Almost certainly the Halloween look of the year, it’s those silent mysterious red guards. Fortunately, you can guarantee your outfit is first-rate all in one place. Along with the red jumpsuit (which has the all-important chest pocket), you’ll find the belt and gloves needed to really pull the look together. It’s made from polyester so should be nice and durable, and sizes range from XS to 3XL. What about the mask, you say? Relax, it’s right here – and you can choose from triangle, square, and circle. Though we’re not sure why you’d choose to be a circle in this instance. Aim higher!