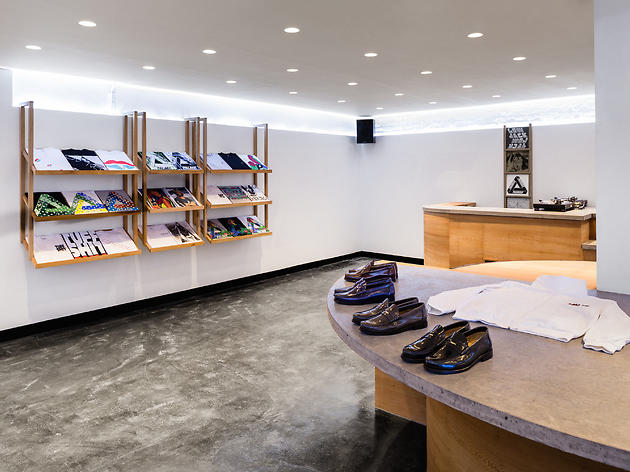 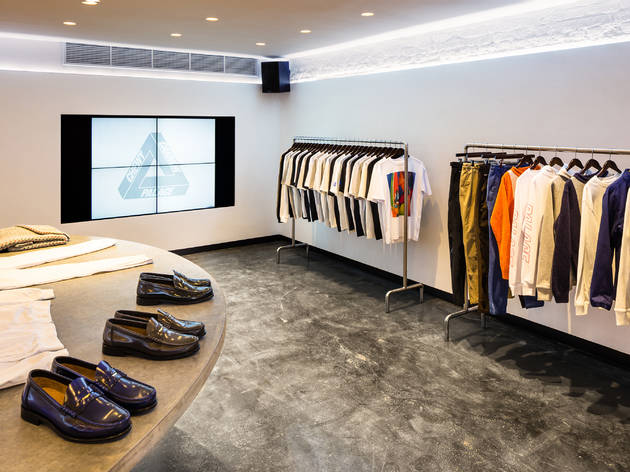 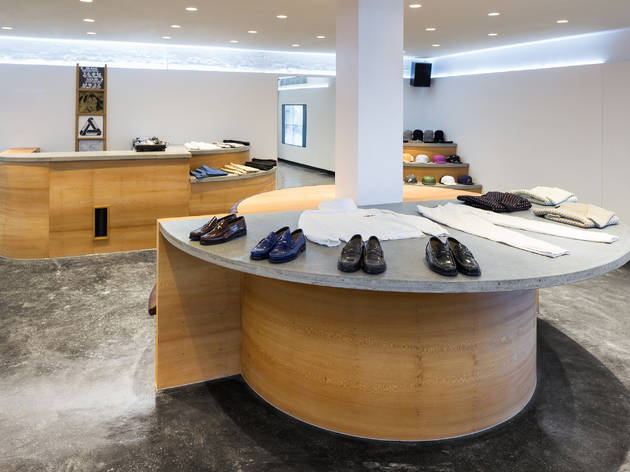 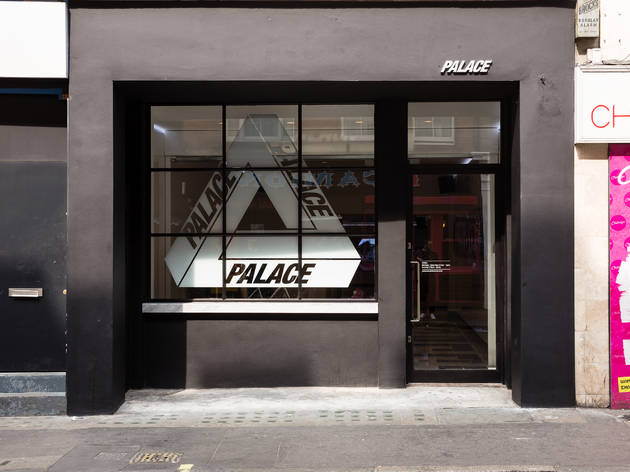 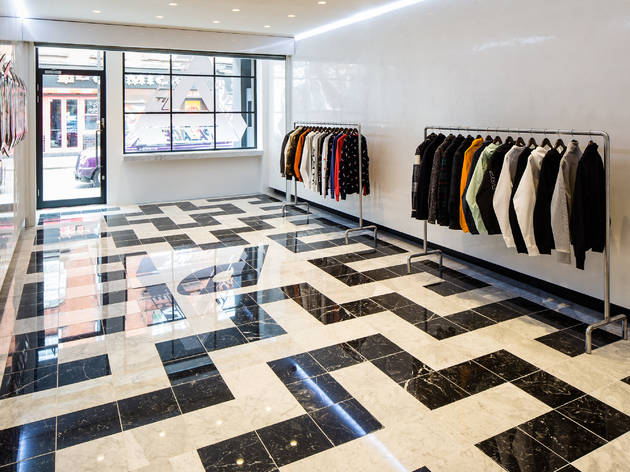 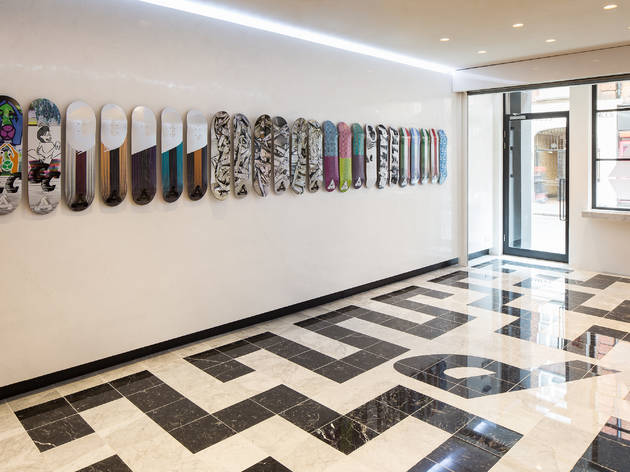 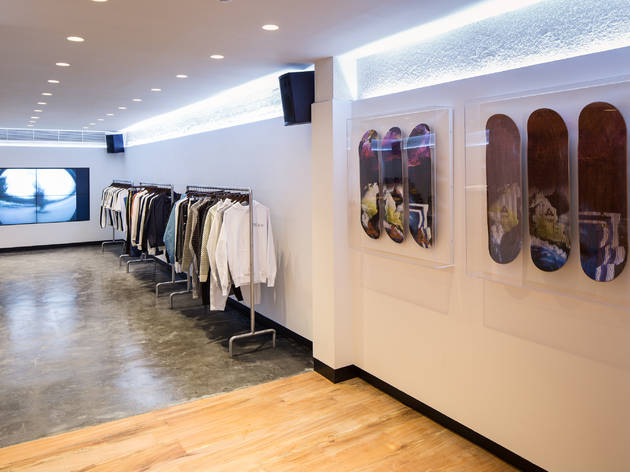 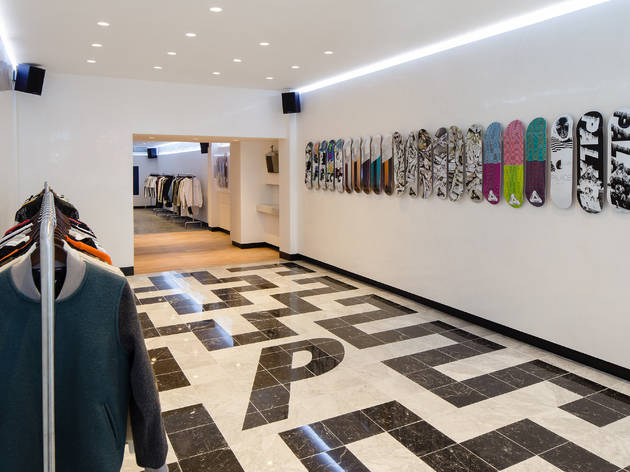 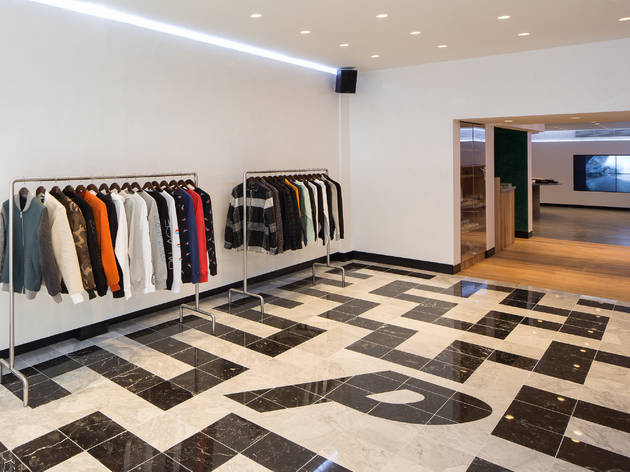 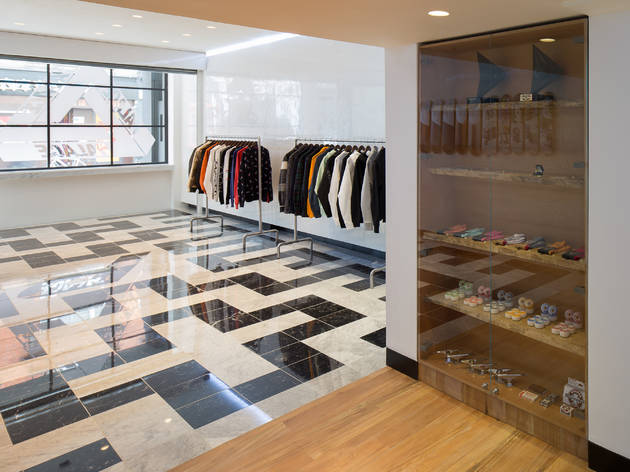 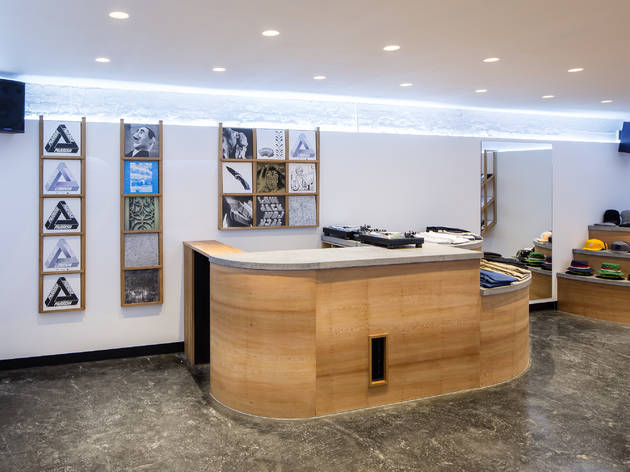 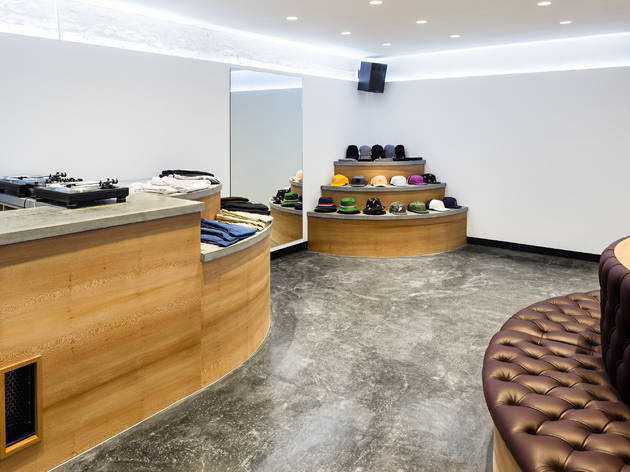 The sight of Rihanna sauntering through an airport in a Palace T-shirt a few weeks ago confirmed the style-conscious skater’s worst fears – the London brand was busting out of the confines of the skate scene, and heading straight for the fashion world’s jugular. If seeing the world’s biggest pop star in a Palace top wasn’t proof enough that skate fashion was inches away from high fashion, the brand’s new London shop must surely confirm it. Palace is becoming… mainstream.

Lev Tanju’s bedroom imprint has expanded into an empire of ultra-limited-edition hoodies and T-shirts. The new Soho shop, with its brilliantly ostentatious Italian marble floor tiles expensively inset with big black ‘P’s, has only a small selection of items. It’s like walking into a proper boutique, with only five racks of T-shirts, sweatshirts, rain jackets and a pile of caps alongside a display of shoes, socks, skateboards and wheels.

It’s not cheap – that’s rather the point. You pay £85 for a hoody because it’s brilliantly made, but also because you’ll be one of the only people with that design. This is limited-edition streetwear. Prices range from £1 stickers and £12 socks up to £35 T-shirts and £280 signet rings.

Palace isn’t the first brand to do this kind of thing. The American Supreme has had a similar shop down the road in Peter Street for a couple of years now, doing its own super-limited skatewear for queues of apparel nerds who’ll often camp outside for an exclusive. Covent Garden’s famous Slam City Skates shop has just moved to larger, and much swankier, premises on Endell Street. It’s not quite the pompous marble emporium that Palace has built, but it’s still a million miles away from the sweaty, dark boxes you associate with skate shops. They’ve even opened up a second branch on Bethnal Green road. Between Slam City, Supreme and now the incredible Palace shop, London’s heaving with fancy skate clothes.

And if Rihanna is allowed to sport the brand without ever gracing the surface of a skateboard, then so, my friend, are you.