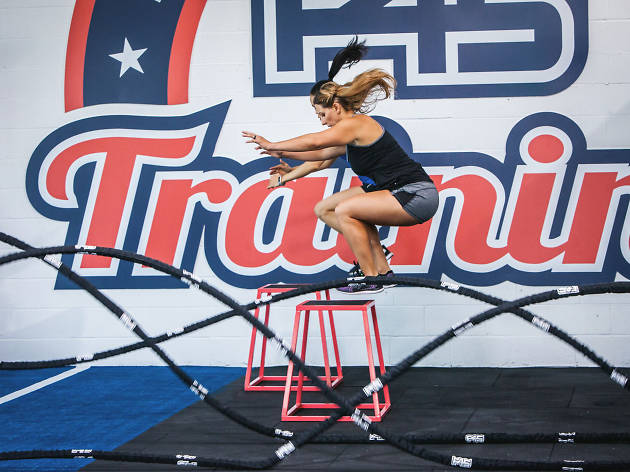 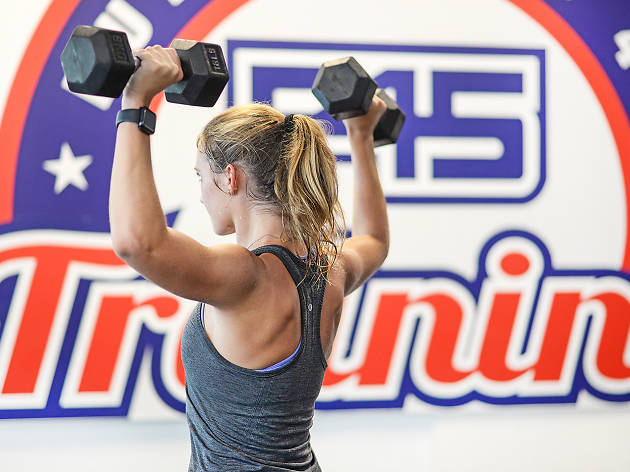 Every week, a new branch of F45 seems to pop up somewhere in London. The cult-like Aussie gym has taken the city by storm; leading the HIIT charge with its super-intense, 45-minute circuit-training sessions that are designed to get you in shape, fast. If you’ve been to a class (and left a sweaty mess), you’ve probably heard about the F45 Challenge: the gym’s flagship fitness program, during which you follow a nutritionist-designed meal plan, and take on as many of those hardcore classes as you can, for a period of eight weeks. Before and after photos of previous ‘challengers’ all over my gym promised drastic results. And I was feeling a bit blah after winter, so I signed up.

The challenge membership includes eight weeks of unlimited training, meal plans and a couple of body scans, and it’s rather extortionately priced at around £450. But here’s a shocker: it’s actually worth the money. The meal plans (vegetarians and vegans are catered for) were detailed and helpful, but not restrictive (you don’t have to spend hundreds of pounds on specialty health foods or eat the same boring meal every day), and the classes were effective, there’s no doubt about it. Taking on the recommended five or six classes a week was hard work, but because they only go for 45 minutes, they’re relatively easy to squeeze into your schedule. You also start to see results after just a few days of training – which makes you want to go back for more.  At F45 Holloway, where I did the challenge, the trainers were super knowledgeable and motivating, so even if you’ve no clue what you’re doing with a dumbbell, you’ll never feel lost. The things I thought I would hate, like the incessant high-fiving after every class and the WhatsApp group chat for ‘challengers’, I actually loved. It was all stupidly motivating – and it was so nice to know other people were in the same boat, ordering sparkling waters at the pub when all you want is a pint of lager (you’re not supposed to drink alcohol during the challenge). By the end of it all, I felt much, much stronger and had lost a healthy amount of weight. More importantly: I was back in a healthy routine and starting to enjoy the gym again.

If you’re feeling a bit blah and you’re looking for something to kick you back into gear, a fitness challenge like F45 could be just what the doctor ordered. It’s expensive, yes, but you never know: knowing you’ve spent a month’s rent on exercise might just be the motivation you need. It certainly was for me.