Adapted direct from Dodie Smith’s 1956 kids’ book – ie, absolute not a Disney production – ‘101 Dalmatians’ is a scrappy affair. It’s the first ever original musical from the Regent’s Park Open Air Theatre, and it boasts charming puppetry, big-name writers and a scream of a turn from Kate Fleetwood as the evil Cruella de Vil. But by the towering standards of the OAT – known for its revelatory musical revivals – it’s pretty uneven.

If you just view it as a fun kids’ show, you’d be more forgiving. In fact, I was pretty forgiving: I skipped press night and took my children the following afternoon. However, I wouldn’t say it’s really been pushed as a show for youngsters: historically the OAT’s musicals are aimed at an adult audience, the evening finish is certainly too late for my children, and the foregrounding of Fleetwood’s villainous Cruella de Vil in the publicity recalls Disney’s more adult-orientated spin-off film of last year (‘Cruella’).

Anyway: my kids had fun at Timothy Sheader’s production. I mean, it starts with a protracted bottom-sniffing scene, for crying out loud, as grown-up dalmatians Pongo (Danny Collins and Ben Thompson) and Perdi (Emma Lucia and Yana Penrose) meet for the first time, give each other a good honk up the backside, fall in love and nudge their bookish, introverted human owners Dominic (Eric Stroud) and Danielle (Karen Fishwick) into starting a relationship. Skip forward a bit and humans and hounds have moved in together, and the latter have produced 15 babies.

Uber puppet designer and director Toby Olié’s spotty pooches are proper showstoppers: Pongo and Perdi have large, mobile forebodies operated by a puppeteer and hind legs shared with the human actor who speaks their lines: Emma Lucia is particularly charming as a compassionate, north-eastern Perdi. The innumerable puppies are generally just represented by their heads… and they’re jolly sweet, too.

In Johnny McKnight’s stage adaptation of Zinnie Harris’s contemporary update, the canine idyll is punctured by the arrival of Fleetwood’s De Vil, a psychopathic influencer who is, by and large, extremely funny as she self-pityingly inveigles her way into our heroes’ lives, then persuades herself she absolutely must have – and deserves – a dalmatian-puppy-skin coat. With a succession of increasingly frightening fright wigs, her forever remarkable cheekbones, and some full-on panto-villain vibes, Fleetwood is an absolute joy. She’s also the focal point of the most visually imaginative moments of Sheader’s production: a spirited, cartoon-style attempt to use puppetry to look like her hair and arms have popped out after she swallows a dodgy potion; and most impressively, a tableau at the end of the first half where the dancers line up in formation behind her to form the giant puppyskin coat of her fantasies (there’s deliciously lurid costume design from Katrina Lindsay).

Lots of positives, then, but as a whole, it feels pretty all over the shop. Much as Harris has updated the story, neither she nor McKnight have solved its problems: the abrupt second-half switch of focus to a group of child actors playing a quartet of escaped puppies is tonally disorientating and lays an awful lot of pressure on some very young performers. Even taking that on the chin as a necessity of the story, there were too many moments when I struggled to work out exactly what was going on (Cruella’s initial capture of Pongo and Perdi, for instance, was baffling – she seemingly only managed to abduct them from their home because a scene change happened around them).

There’s also simply a dearth of memorable characters beyond Cruella: Perdi is lovely, but her aside it’s hard to feel especially invested in the bland good guys (beyond the obvious fact that skinning puppies is bad). And while stage legend Douglas Hodge’s wordy, string-and-brass-heavy songs are pleasant and good at keeping the story ticking along, there’s a lack of killer tunes that might have compensated for other shortcomings – although the joyous finale ‘One Hundred and One’ is a keeper.

My kids didn’t care about any of this: they enjoyed two hours of a lighthearted good vs evil yarn with some cool puppets and a boo-hissable villain. They didn’t worry about the merits of ‘101 Dalmatians’ as a musical for the ages. And if you can take the same attitude, you’ll have a blast, or at least you’ll have a blast in the good bits. But ultimately the Open Air Theatre is one of the best musical theatre venues in London, and by its own extremely lofty standards, ‘101 Dalmatians’ is a bit of a dog’s dinner. 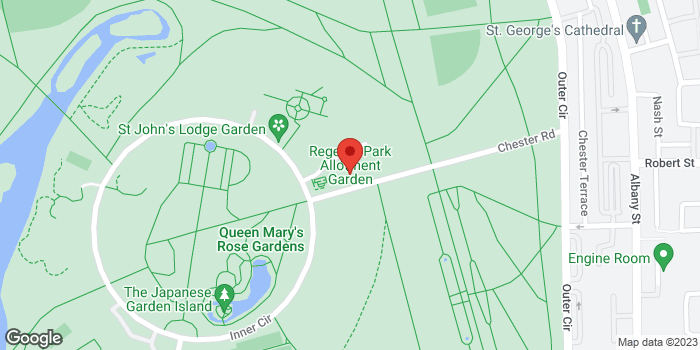