In its latest bout of boldly unconventional casting, the fifth season of ‘2:22 – A Ghost Story’ will star Cheryl – nee Tweedy nee Cole, now just Cheryl – in. the lead role of Jenny, alongside Hugo Chegin, Scott Karim and Louise Ford. The follow the already wacky fourth cast of Laura Whitmore, Matt Willis, Tamsin Carroll and Felix Scott, who will remain for the rest of the play’s run at the Criterion Theatre until Jan 8. The new cast will play at the Lyric Theatre Jan 21-Apr 23.

The below review is from the original summer 2021 run starring Allen.

The plot of Danny Robins’s ‘2:22 – A Ghost Story’ revolves around Sam, an astronomer and inveterate know-it-all – played to excruciating perfection by Hadley Fraser – who believes he has the answer to everything. Specifically, we’re talking about the existence of ghosts: Sam does not believe in them, and it’s not really a spoiler to say Sam is proven very wrong.

Well I can relate to Sam here, as I went into ‘2:22’ firmly believing I had its number, and I’m happy to say I did not. Still, I had my reasons.

Number one, horror plays that aren’t called ‘The Woman in Black’ tend to be terrible.

Number two, writer Robins comes into the West End on the back of a zeitgeisty paranormal podcast (‘The Battersea Poltergeist’), but his actual playwrighting CV is pretty obscure.

And number three, it stars Lily Allen: nothing personal against the chart-topping singer (who to be fair has at least dabbled with acting before) but the West End is littered with the bones of forgotten celebrity vanity projects.

I can’t really get into forensic details about ‘2:22’s plot because I think even the wrong veiled allusion might prove spoilery for an ending that completely blindsided me. But on a basic level Robins has written a cracking dinner party play, alive with wit and tension. He has a fine ear for dialogue and eye for emotional faultlines. Although that said, while the dinner party play tends to have its limits as a genre (some people have a party, get drunk, argue, some secrets are revealed) it’s the extremely cleverly worked supernatural angle that keeps things fresh.

And Allen is good! She bring a note of elegant froideur to the otherwise boisterous ensemble as Sam’s wife Jenny, who was left alone with her baby daughter in their creepy new fixer-upper while Sam went off on a star-watching trip to the Channel Islands. She has started to hear ominous noises in their daughter’s bedroom at (you guessed it) 2:22 every morning. Now Sam has returned (late) from his trip and she wants him to listen too. The only problem is that Sam’s old university friend Lauren (Julia Chan) and her working-class builder boyfriend Ben (Jake Wood) have a standing invitation to dinner that night. Eventually, fortified by wine and annoyance at Sam’s refusal to contemplate the possibility of an actual haunting, the bickering group resolve to stay up drinking and try to get to the bottom of it all.

Fraser dominates the play as the charming, maddening, snobbish Sam. His utter certainty about life is intensely wearying: you can fully understand why Allen’s Jenny tearily tells him that she finds it difficult to remember who she really is anymore under the weight of his opinions. Allen may not have the range of her castmates, but she does what she’s asked to do perfectly, excellent as a new mother in a lonely place.

If the underlying problems with Sam and Jenny’s marriage are the heart of the play, then tensions are further raised by Sam’s naked disdain for Wood’s geezerish Ben, which is deeply uncomfortable, both in and of itself and because it raises questions about the nature of Sam’s relationship with Chan’s bright but extremely brittle Lauren. Together the group is like a bundle of dry twigs, ready to burn, and the unnerving supernatural occurrences are the match tossed onto them.

Matthew Dunster directs the whole thing with a macabre playfulness that comes to the fore in Ian Dickinson’s magnificently unsettling sound design. Tension is ramped up by the sound of the ungodly howls of fox sex in the garden. More horrifyingly, scene changes are delineated by the sound of horrifyingly over-amplified screams and the stage being doused in dazzling blood-red lights. It’s pure theatrical artifice: the characters can’t hear the screams. But we bloody well can, and I jumped out of my seat every time. It’s smart because you come to a show like this expecting regular scares – and here you get them, only without the need to crowbar a load of cheap shock into the actual script.

Saying much more is probably unwise. But I can happily say that after two-and-a-half hours of relentless banging on about 2:22, the titular time really does deliver.

There’s no denying that Allen is the one who’ll put bums on seats. But ‘2:22’ is a rare and precious example of a Good West End Ghost Play - it’s worth seeing regardless of your feelings on its most famous cast member, and it deserves to have a life (afterlife?) beyond her. 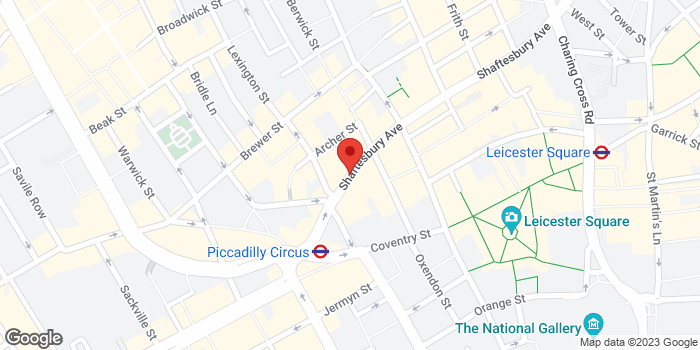