In an age where we’re still suckers for a sentimental ending, Henrik Ibsen’s 1879 classic ‘A Doll’s House’ retains one of the most shocking climaxes in theatre history, wherein heroine Nora simply abandons her marriage and walks out of the front door, leaving her husband and kids behind.

At least modern audiences are braced for it. Back in the day it caused a huge outcry, such that the Germans literally thought it was too immoral to stage, demanding Ibsen write a happier ending (which he did, essentially sarcastically). The Brits didn’t go quite so far, but a bizarre saga saw novelist Walter Besant pen a spectacularly point-missing 1890 sequel in which Nora got her comeuppance, which begat a huffy threequel one month later from none other than Bernard Shaw, who was insistent on bringing the debate back round to the systematic social injustices within the institution of marriage that Ibsen was highlighting.

In this context, US playwright Lucas Hnath’s ‘A Doll’s House, Part 2’ perhaps seems less of an arrogant move than it might: brazenly direct sequels to classic plays are rare these days, but there’s a long tradition of them.

There is, of course, only one question that any ‘A Doll’s House’ sequel will ever tackle: what did Nora do next?

Hnath’s clever, taut, funny follow-up skips forwards 15 years, beginning as Noma Dumezweni’s Nora returns to her matrimonial home for the first time since that fateful day. Happily separated from her husband Torwald (Brían F O’Byrne), she’s reinvented herself as an author, penning fierce, popular critiques of marriage under a pseudonym. But she’s just discovered that Torwald didn’t actually divorce her: she is still technically married, which she is absolutely not having.

When Dumezeni’s Nora first walks onto Rae Smith’s in-the-round set – itself a sort of giant, sparse doll’s house – she seems utterly assured, coolly batting away the incredulity of the family servant Anna Marie (June Watson), smoothly refusing to engage any questions about her children. She’s kind of amazing and awful at the same time: Nora’s willingness to abandon her kids still feels disconcerting; but in the context of a story set in 1894 Norway her actions are so transgressive as to feel revolutionary, a freedom fighter at war with the stultifying Victorian patriarchy.

Doubts only appear to creep in when Nora agrees to meet her youngest daughter Emmy (Patricia Allison) for the first time, ostensibly to persuade her to lean on Torvald for the divorce. Used to shocking people, and expecting tears and trauma, Nora is visibly bewildered by Emmy’s bright, cheerful indifference towards her.

In essence, Hnath has constructed a play about the idea of Nora as a sort of folkloric character, about what her gesture has come to mean over the years. It’s too funny and knowing to feel like a ‘straight’ sequel. Often it borders on metatheatre, and some of the lines are a hoot, especially Anna Maria bawling at Nora ‘there’s the door – I know you know how to use it!’.

And yet the terse economy of the dialogue is very Ibsen; the characters don’t feel ersatz. Rather than diminish or trivialise Nora’s departure, Hnath’s play works as a meditation on it: in ‘A Doll’s House Part 2’ every character is still living with the after-effects of Nora’s decision.

It could all feel like an unusually witty lit-crit experiment; heck it does feel like an unusually witty lit-crit experiment. But in James Macdonald’s spare, intense production, Dumezweni’s tremendous performance – her first on stage since her Olivier-winning turn in ‘Harry Potter and the Cursed Child’ – really sells this Nora to us. She has a calm self-assurance that feels quite unnerving, even borderline infuriating as she expects everyone to do what she wants because in her mind it’s the best thing for them.

Cracks creep into her facade when Nora meets Emmy. She never doubts what she did. But as we see from the delicate nuances of Dumezweni’s tiny hurt looks and infinitesimal double-takes, Nora’s belief in her centrality to everyone else’s lives is misjudged. She has confused the significance of what she did symbolically with the significance of who she is to the people she abandoned. The truth shakes her, but does not cause regret. The work is done; it always will be.

If ‘A Doll’s House, Part 2’ has an obvious weakness it’s that Hnath’s determination to not appear to revise Ibsen’s story leads to some slightly weird plot beats. I very much struggled to work out what Nora’s plan was supposed to be at the end. But this isn’t actually a story about what happened after Nora walked out, because we know that: Nora went on to become a legend, one of the most iconic creations in literature. Hnath’s play is a razor-sharp, frequently hilarious interrogation of that legend. 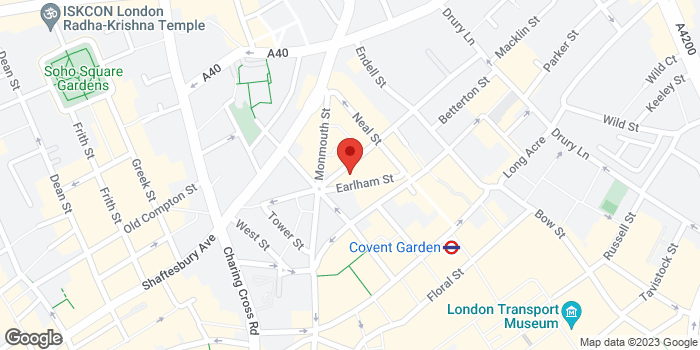