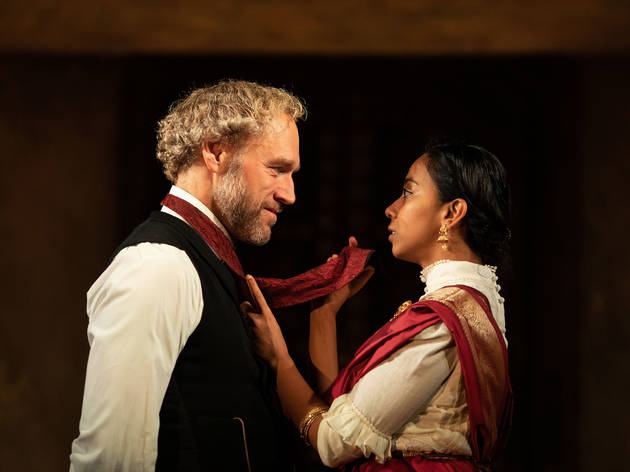 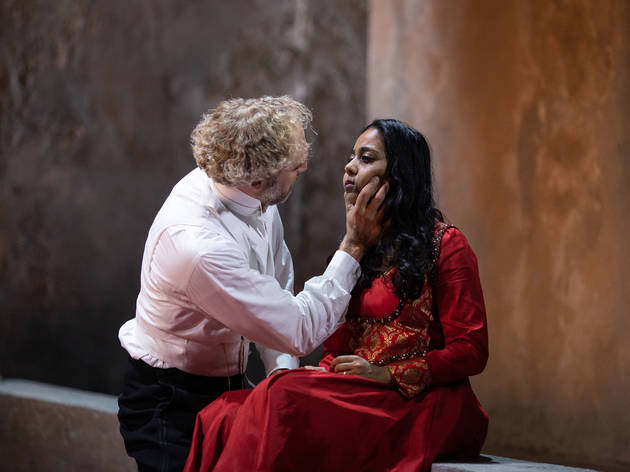 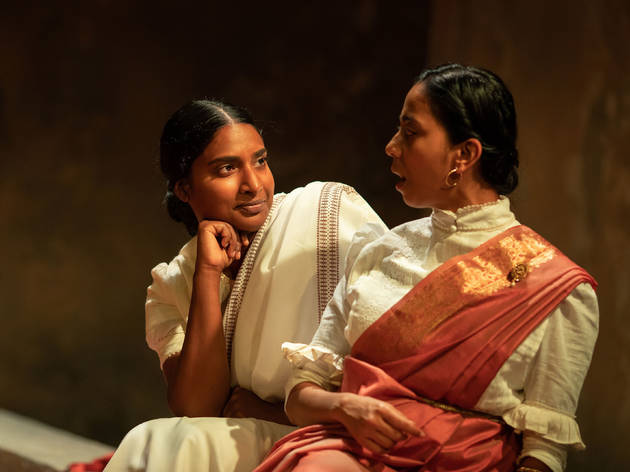 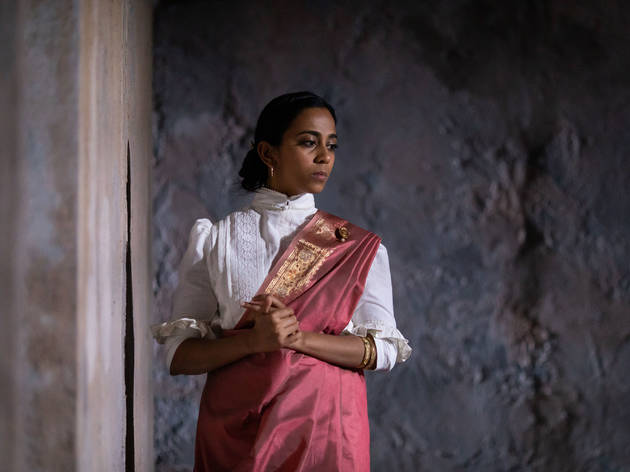 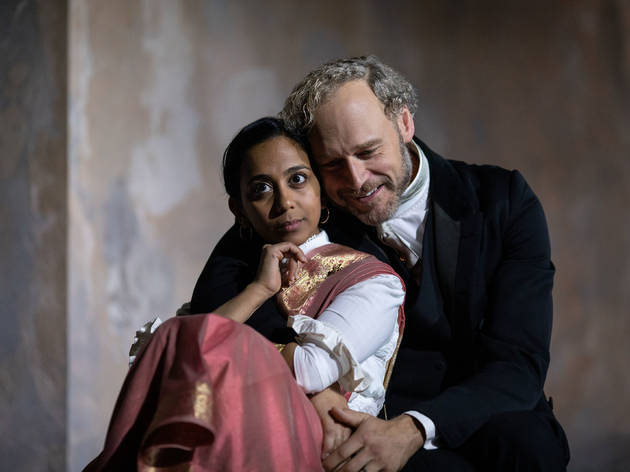 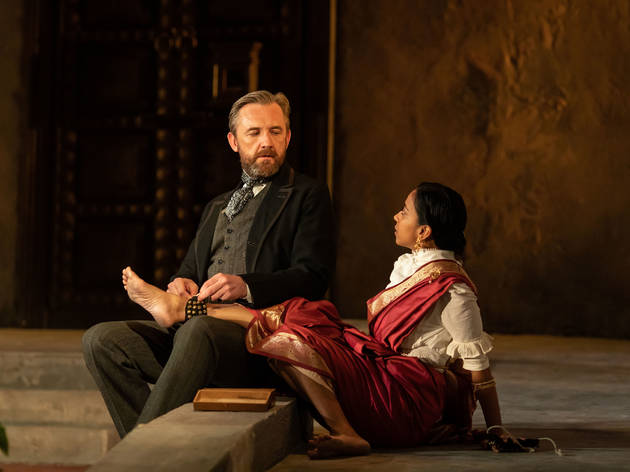 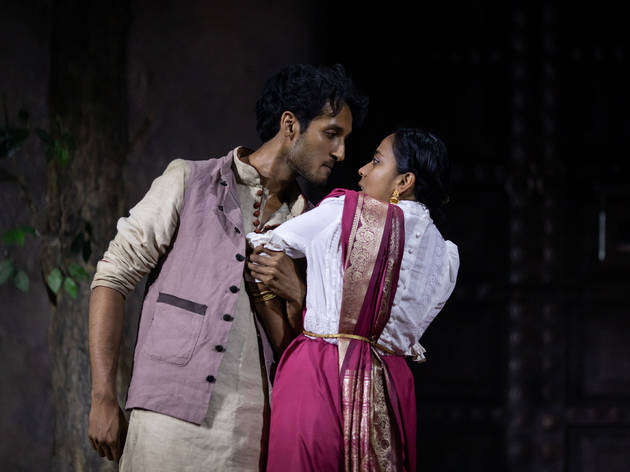 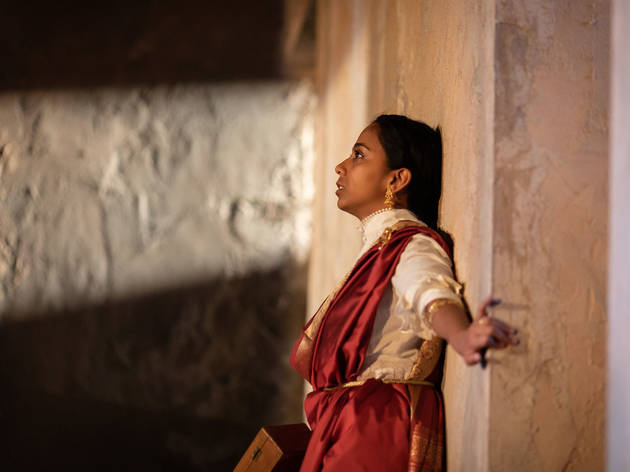 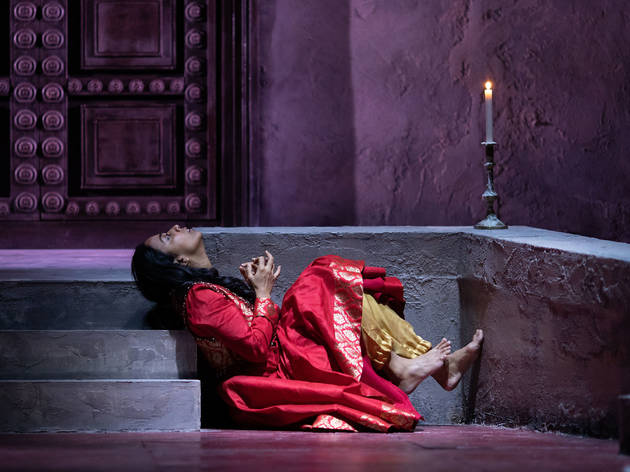 London’s theatres have been in the grip of an unprecedented change in the people at the top, a sort of Permian extinction of artistic directors. But there are relatively few venues where there’s actually been a drastic change in the sort of work programmed. However: Rachel O’Riordan’s maiden season at the Lyric opens with a big, bold, postcolonial take on ‘A Doll’s House’ from Tanika Gupta that marks a very clear break with the arch experimentalism of the Sean Holmes era.

It is Calcutta, 1879 – the year Henrik Ibsen wrote the original play – and young Indian woman Niru (Anjana Vasan) is married to British colonial official Tom (Elliot Cowan). On the face of it, their marriage seems cloyingly content: she bats her eyelids and coos about needing cash to buy shiny things; he sternly lectures her on the value of money but fondly gives her the rupees anyway. Does it look like a great meeting of minds? No. But they’re both happy. And yet, there are deeper cracks, just below the surface.

Gupta is gutsy with her rewrite. The first half, in particular, may have characters corresponding to Ibsen but is far more concerned with giving a sense of the Raj as it was in the high Victorian era. Particularly key is the relationship between the only two white characters: Tom, and his sardonic best friend Dr Rank (Colin Tierney), who has come to seriously question the purpose of British rule of India. Tom, though liberal by the standards of the day, leaps to a knee-jerk defence of the empire and its benevolence.

The second act cleaves closer to Ibsen, but by this stage Gupta has rewired the story. So yes *SPOILER ALERT* Niru’s decision to walk out on her own marriage remains something of a feminist gesture. But it’s undoubtedly also an allegory for the end of empire – not a 100 percent rigorous one, but when Tom drops his facade of authoritative benevolence and launches into a furious, self-interested rant at Niru, it’s not hard to see it as anything other than a stinging attack on British hypocrisy.

An awful lot rests on the shoulders of Vasan, as Niru. WIde-eyed on the outside, steely on the inside, she’s magnetic as a woman playing a role to make her way in the world – and playing it with such conviction even she struggles to see the truth about her marriage, until the very end.

Vasan has a nuance and depth of feeling that does a lot of heavy lifting in a show that sometimes feels caught between Ibsen and Gupta. Here, the fiery postcolonial stuff is more compelling than the feminist stuff, and the two don’t always overlap brilliantly: Niru and Tom’s marriage, while clearly not perfect, nonetheless feels a bit too chipper until the very end.

Still, Vasan is fundamentally up to the task of holding the threads together and there’s no denying the boldness of the endeavour – it’s a big, galvanising start to the O’Riordan reign.