‘A Streetcar Named Desire’ at the Almeida review: Paul Mescal stars in this red hot revival

This review is from the Almeida Theatre in January 2023. ‘A Streetcar Named Desire’ transfers to the Phoenix Theatre in March 2023.

Obviously we need to talk about Paul Mescal: the post-fame stage return of the star of ‘Normal People’ and ‘Aftersun’ is the reason the Almeida’s revival of Tennessee Williams’s landmark 1947 play ‘A Streetcar Named Desire’ sold its run out instantly (apparently if you queue for day-seats you have pretty good odds of success, FYI).

But before that we really, really need to talk about Patsy Ferran.

She’s undoubtedly a national treasure in the making – not yet a household name, but if you’ve seen her on stage, you’ll never forget her. However, the odds felt stacked against her in taking on Williams’s doomed protagonist Blanche DuBois, one of the all time great stage roles.

Firstly, she is clearly cast against type. Ferran is technically just about the right age for Blanche, who we gather to be in her thirties despite her intense denial of this fact. But the role is typically played by middle-aged actresses, while Ferran still basically looks like a gawky teenager. By any conventional wisdom she should be playing delicate recluse Laura in Williams’s ‘The Glass Menagerie’, and saving Blanche for another decade or two.

More practically, Ferran was a last-minute replacement as the lead in Rebecca Frecknall’s revival, after Lydia Wilson dropped out during rehearsals due to injury. While the timeframe is a bit murky, the show only shed a single week of performances: one assumes Ferran was considerably less rehearsed than her fellow actors when she arrived. But now she is just astonishingly good.

Frecknall’s directorial style isn’t easy to pithily sum up. But a recurring theme is compassion, and an ability to see the good in characters that even the author may have given up on. Ferran’s Blanche is perhaps deluded here, with her lies about her past and self-deceptions about her future. But she’s not camp or absurd. She’s desperately vulnerable, a catastrophic bag of nerves when she arrives, penniless, at her sister Stella’s pokey New Orleans home at the start of the play.

She’s also frequently insufferable, soon negging away at Anjana Vasan’s world-weary Stella, who has internalised the unfairness of the world in a way her sister never can.

Ferran clearly does look unusually young for the role, but that frees her Blanche from ageing diva cliches: she’s a still-young woman who is fundamentally terrified of the world, but never stops hoping it can be better. In Frecknall’s in-the-round production, the world outside the stage is profoundly ominous: the supporting cast patrol the perimeter of the playing space like hungry wolves, while ominous music fills the air courtesy of ethereal singer Gabriela Garcia and thunderous drummer Tom Penn, both housed high above the stage.

It is a remarkable and compassionate performance, a sensitive woman drowning in a harsh world, prepared to cling on to anything that keeps her alive a few minutes longer.

Paul Mescal then. He’s good! Actually very good. (Also: stacked). He may have made his name playing a succession of extremely sensitive nice guys, but his Stanley Kowalski – Stella’s ‘polak’ (ahem) husband – is nothing of the sort. At his absolute pleasantest, he wanders around with a terrifying fake smile plastered to his face. He looks about as welcoming as an executioner as he feigns politeness towards Blanche, who he clearly despises from the off. At his worst he’s a malevolent force of nature, devastating anything that crosses into his path, a veritable human hurricane: beating Stella, howling for Stella to come back, unselfconsciously pawing her when they make up, their relationship a sort of endlessly repeated violent ritual.

If Ferran’s Blanche is desperately trying to impose order on the chaos, Mescal’s Stanley is the chaos. There’s little real chemistry between him and Blanche, and intentionally so: she tries her tricks to control him, but they have no effect. Like Iago, he clearly wants to destroy her from the off, and is remorseless in that pursuit.

Vasan’s resigned, pragmatic Stella is in some ways the most poignant performance – she’s not a monster like Stanley, but she doesn’t have Blanche’s professed belief in a better future. Her marriage is a Faustian pact, an exhausted compromise.

Beyond the terrific actors, Frecknall’s production is wired and adrenalised, aesthetically defined less by Madeleine Girling‘s minimalist set than Penn’s thunderously jolting drums. It’s a jarring approach that feel both invigorating – it‘s so loud you’re hardly going to nod off – and wilfully playing against the melodrama in Williams’s text, occasionally to the point of perversity.

Frecknall’s last Tennessee Williams play was her revelatory 2017 revival of his obscure ‘Summer and Smoke’ (also starring Ferran). That bordered on the definitive; clearly that is not going to happen with ‘Streetcar’. Indeed, the original Marlon Brando and Vivienne Leigh-starring production is still such a cultural monolith that it’s hard not to see a punky revival like Frecknall’s as a deliberate rejoinder, intentionally trying to get as far away as possible from the play’s most perfect incarnation.

But that’s okay: maybe not every decision entirely supports the text, but the ride is resolutely thrilling, and with a cast as good as this, giving performances like these, you can kick the play about as much as you want and it remains rock solid. 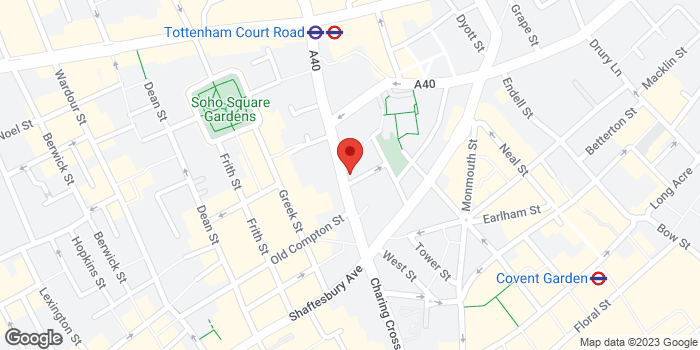