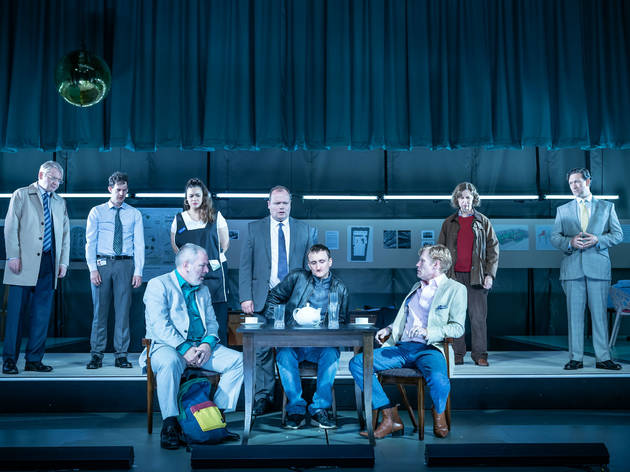 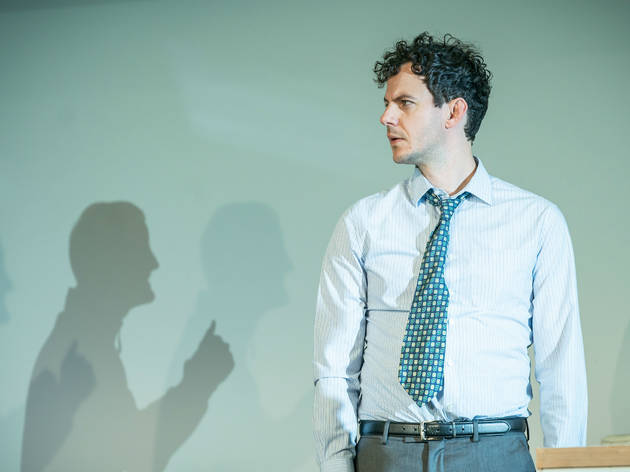 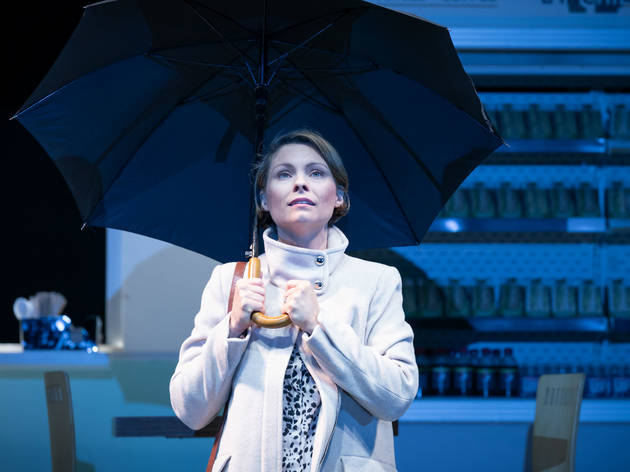 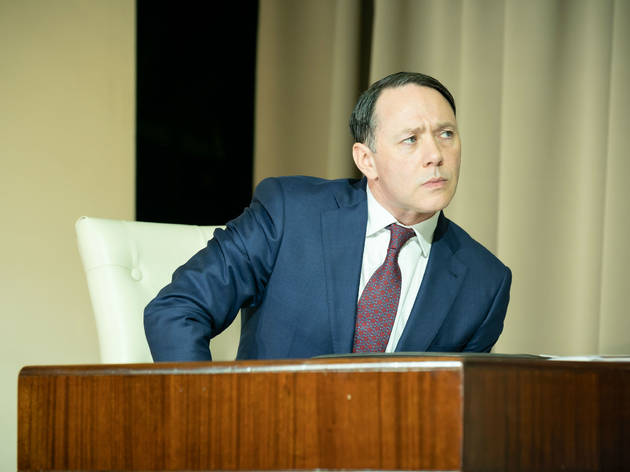 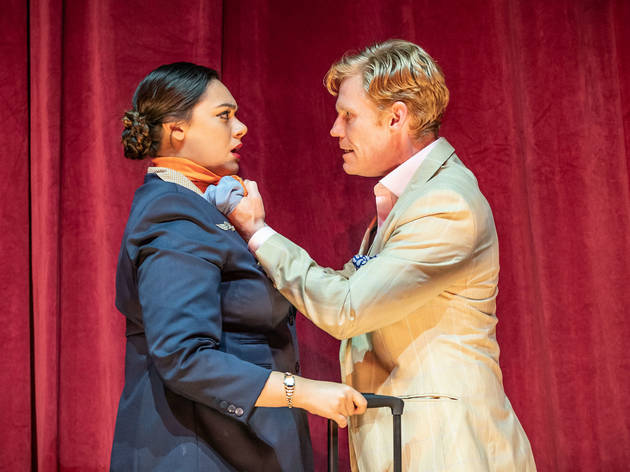 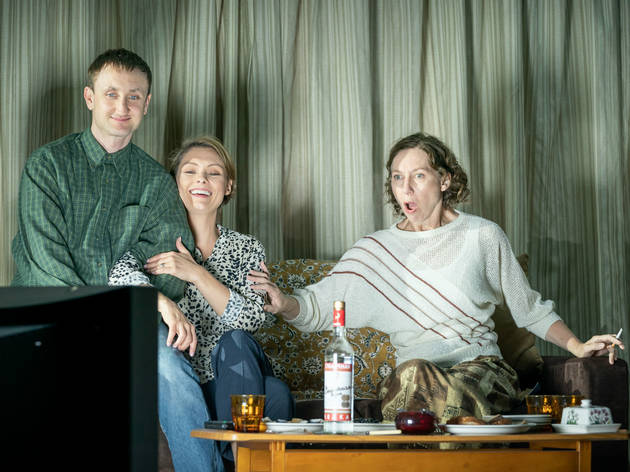 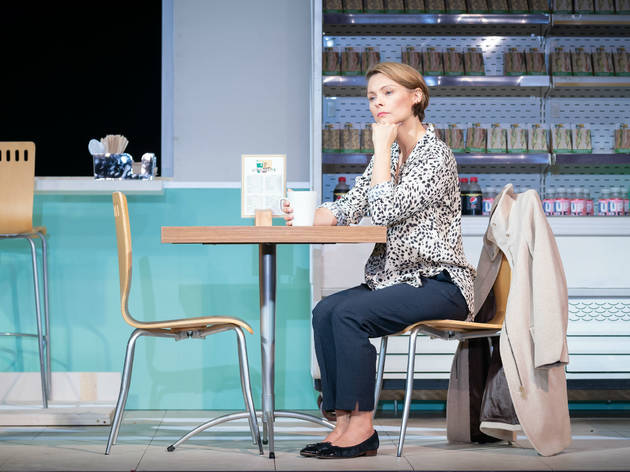 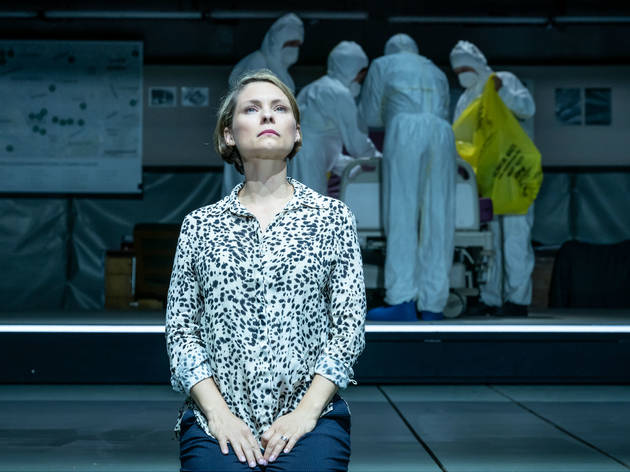 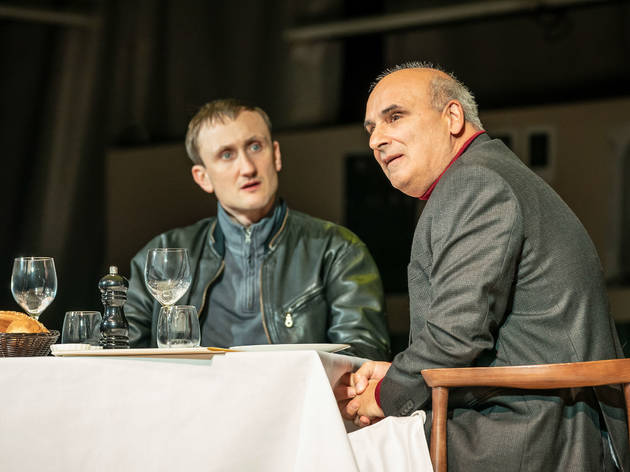 How can we tell true stories, when the truth is so much messier and more absurd than the stories we make up? How can you craft satisfying narratives about a world in which objectively amusing idiots are an existential threat to our democracy and planet, and in which small acts of tremendous bravery don’t add up to much?

Lucy Prebble tries to answer these questions in her long-awaited fourth play ‘A Very Expensive Poison’, which grapples fearlessly with the inherent absurdity of the assassination of Russian defector Alexander Litvinenko: poisoned in 2006 via the use of the rare radioactive element polonium in London on the orders of the Russian state.

Based on Luke Harding’s journalistic book of the same name, it initially plays a fairly straight bat, despite Prebble’s wilfully zinger-heavy dialogue.
Critically ill from what he does not yet know to be radiation poisoning, the superb Tom Brooke’s deadpan Alexander is brought into hospital by his resilient, worried wife Marina (MyAnna Buring). Eventually he is questioned by British police, sparking a lengthy flashback in which we meet the Litvinenkos in the chaos of ‘90s Russia, where anti-corruption officer Alexander falls foul of the authorities by refusing to assassinate flamboyant oligarch Boris Berezovsky (Peter Polycarpou, who enters doing the robot, and doesn’t tone it down thereafter).
Hounded by the authorities, Alexander hopes things will change when he gets a new boss, a young protégée of Berezovsky’s. Unfortunately, this turns out to be Reece Shearsmith’s withering Putin, who has a hilariously awkward first meeting with Alexander in which they engage in an agonisingly stilted conversation over the meaning of a drawing of an arrow.
Did that conversation really happen? Probably not. And it’s around this stage that Prebble starts to allow the mounting difficulty in telling this story coherently – is it a thriller? A tragedy? A farce? – to wilfully buckle her play.
The first half concludes with Shearsmith’s Putin departing from any likely resemblance to the actual IRL Russian President, instead addressing us directly, with a malevolently amusing speech in which he essentially tells us that carefully curated reality is far better for us than the unfiltered thing.
But a representation of the unfiltered thing is exactly what the second half increasingly tries to give us, as Alexander’s idiotic assassins – preening Andrei (Michael Shaeffer) and dopey Dmitry (Lloyd Hutchinson) – bicker and bungle their way around the theatre, while in a more earnest future timeline, Litvinenko and the British police try to work out who it was who did the poisoning. Meanwhile, Putin sits in a box, adding sarcastic commentary.
It is a strange, funny and frequently exhilarating piece of theatre. It feels related to the demonic pizzazz of Prebble’s biggest hit, ‘Enron’, but wonkier: madder in the second half, more restrained in the first, where a lot of exposition is required. It has more of a heart, too: Prebble is protective of the Litvinenkos in a way she wasn’t of, say, Ken Lay – their story is touching and their relationship is conventional (even if the circumstances aren’t).
Director John Crowley does an impressive job of making it fill the stage, and there’s a sense of vertiginous freefall as Tom Scutt’s wittily mundane sets crack open and morph into one another. It’s difficult not to idly wonder what Prebble’s old collaborator Rupert Goold might have made of it. But Crowley deserves credit for staying on top of the unceasingly unruly entertainment.
As it gets crazier it grows in stature. Following the deeply surreal denouement in which the various narratives finally implode in on themselves (a giant cardboard cutout of a penis is involved, it would take too long to explain why), the artifice of drama dropped in favour of Brooke and Buring – now as themselves – taking us on a plainspoken, devastating run through the findings of the public inquiry. It’s damning of the British state, damning of the Russian state, damning of the oligarchs who buy our football clubs and newspapers… damning of the apocalyptic frivolity of our age.
‘A Very Expensive Poison’ is a balancing act that sometimes feels on the verge of collapse. Prebble has bitten off more than she can chew, but she’s done it with her eyes open, and has smartly counterweighted the mad stuff with the Litvinenkos’ story. It’s a play that dares to mirror the absurdity of the world – and then push back against it.