Theatre, Comedy
1 out of 5 stars 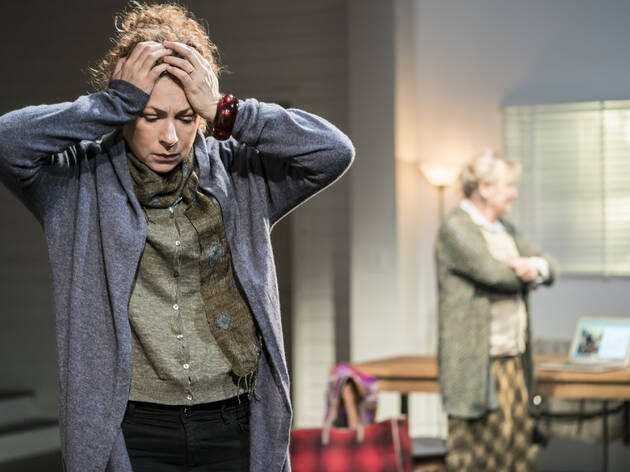 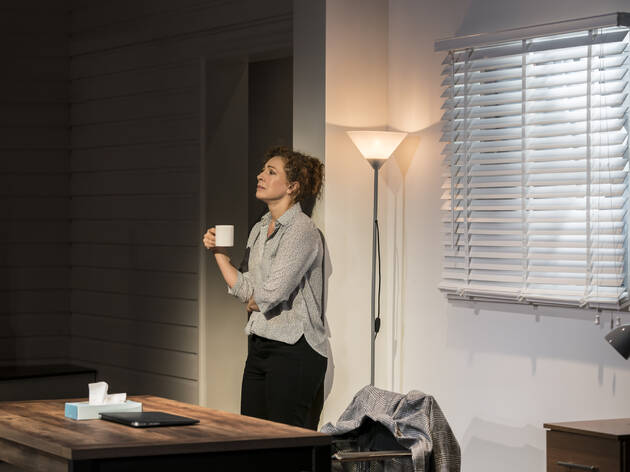 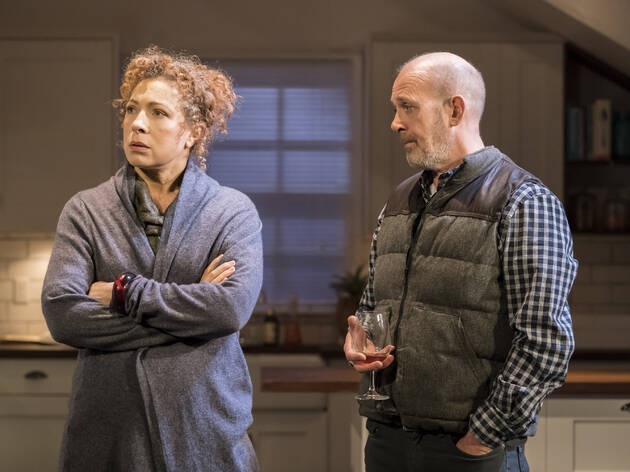 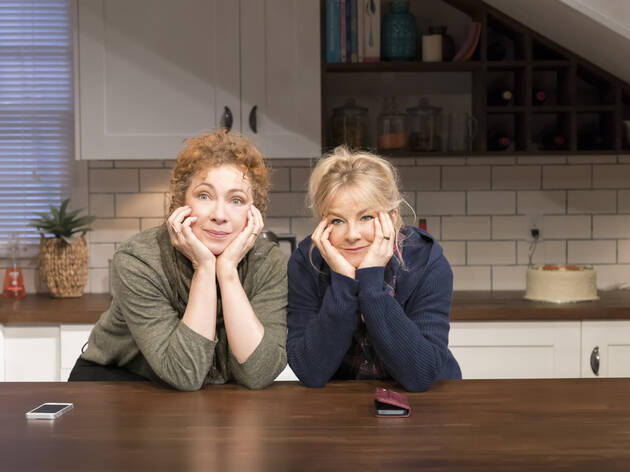 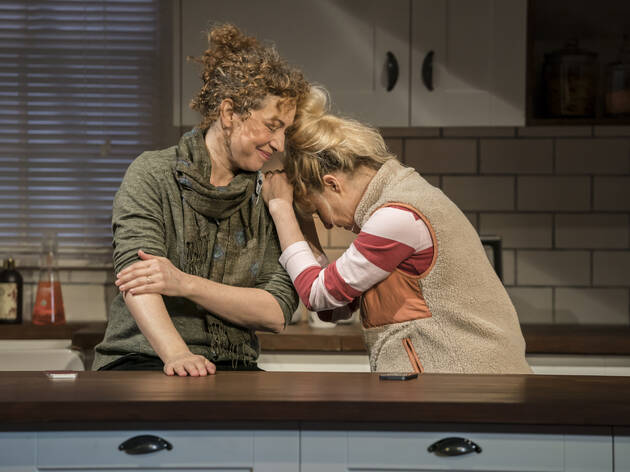 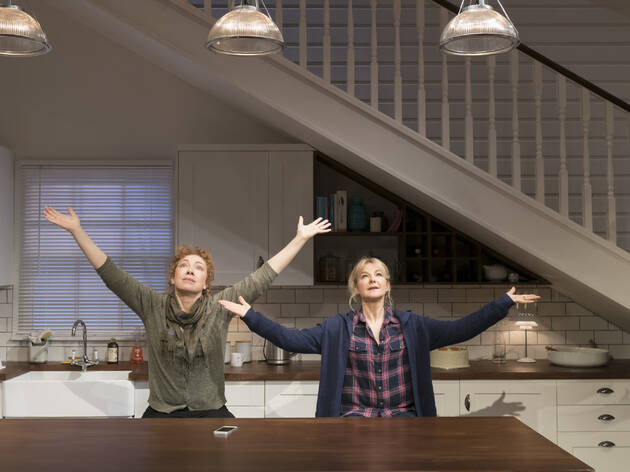 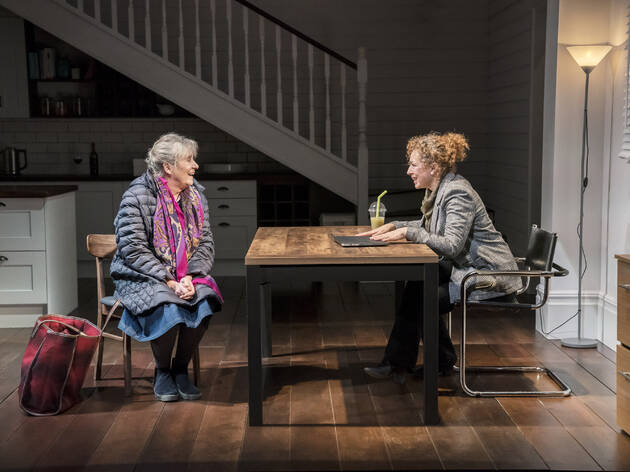 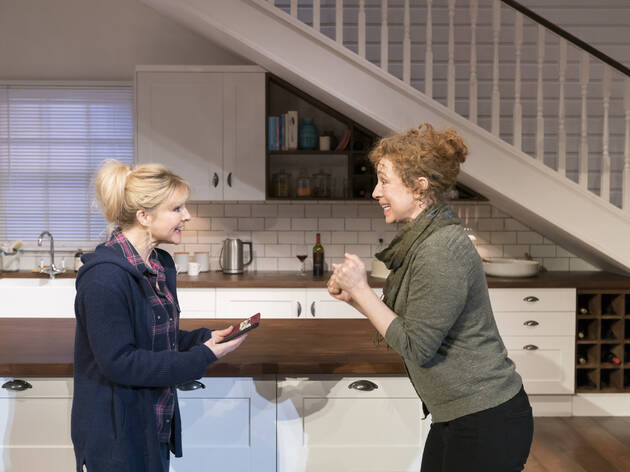 While we as a nation have rejected chlorine-washed chicken and hormone-injected beef (for now), it’s alarming how few controls there are in place to protect us from this sort of dodgy American import.

‘Admissions’, by Joshua Harmon, is a really very bad play. Perhaps in America, where Daniel Aukin’s production began, it was only quite a bad play. It is, after all, concerned with the mechanics of admission to elite US educational institutions and their relation to affirmative action, things that don’t quite tally with their Brit equivalents.

Nonetheless, even in the most forgiving light, you can surely only be so enthusiastic about ‘Admissions’, which is basically a series of wearying setpiece speeches, heavy with whattaboutery, each desperately daring you to be provoked.

Sherri Rosen-Mason (Alex Kingston) is head of admissions at an apparently spectacularly well-resourced US sixth-form college (or equivalent thereof). She is very hot on diversity, something drilled home in two laborious scenes in which old dear Roberta (Margot Leicester) misconstrues Sherri’s perfectly reasonable desire to have the photos in the college admission brochure reflect the ethnic makeup of the college, in a way that’s presumably meant to make Sherri look bad, but doesn’t, really.

Eventually the plot meanders to the exact spot you expect it to meander to: Sherri’s son Charlie (Ben Edelman) is deferred (it’s an American thing that’s not even that bad) from Yale, and is incensed that his mixed-race best friend has received an offer. In a very long, very unlikely rant he explains to his parents (he also has a dad, Andrew Woodall’s bizarrely warmth-free Bill) that this is all because of affirmative action.

I’m not sure of his exact politics, but I don’t get the impression Harmon is purely here to own the libs. The basic point that well-off white people are often happy to preach diversity until the point it affects them is not an unfair one (hi British theatre!). But his take is mostly lazy and awful. Everyone talks like they’re delivering a (terrible) stand-up set, and the humour is witlessly blunt – reasonable attitudes are cynically conflated with minor hypocrisies, while the worst of the characters’ behaviour is so bound up in extreme wealth and privilege that it’s impossible to meaningfully relate to.

There’s also the question of the diversity of the show itself – is a play which talks so much about the underrepresentation of people of colour being deliberately ironic by having none in its cast or creative team? If so, to what end? A non-white voice in here might have given it all a bit more heft: instead, it’s a conversation between white people about the rights and wrongs of admitting people of colour into their world. Somebody like Bruce Norris might have at least turned this to self-lacerating effect; in ‘Admissions’ it just feels face-palmingly dumb.

Kingston is, of course, a well-known and likeable actor. She is oookay here, and certainly her accent is fine, but her usual hale and hearty charm is smothered in a fretful, surprisingly minor key role that hardly plays to her strengths. Likewise, there’s a game supporting cast, but they’re straitjacketed by Harmon’s laborious speeches.

The eccentricities of US college admissions have just hit the news via the current bribery scandal. ‘Admissions’ might have felt topical. But it doesn’t. Some of America’s smartest playwrights – Branden Jacobs-Jenkins, or Jackie Sibblies Drury – have plenty to say about race and privilege. Joshua Harmon does not.