Theatre, Interactive
Recommended
5 out of 5 stars 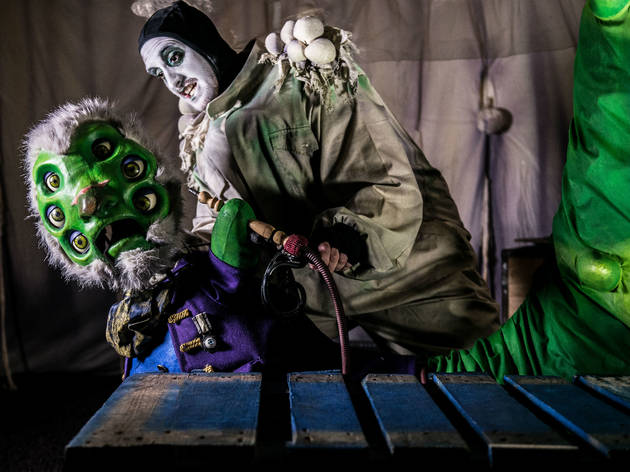 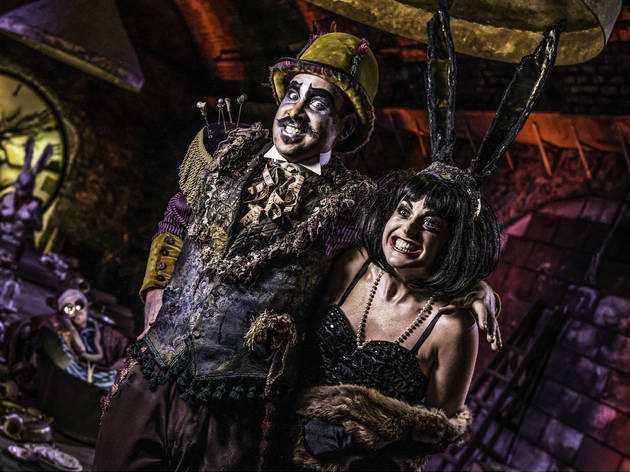 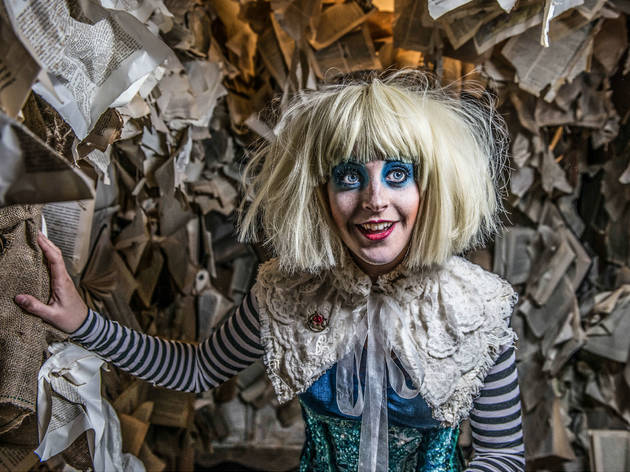 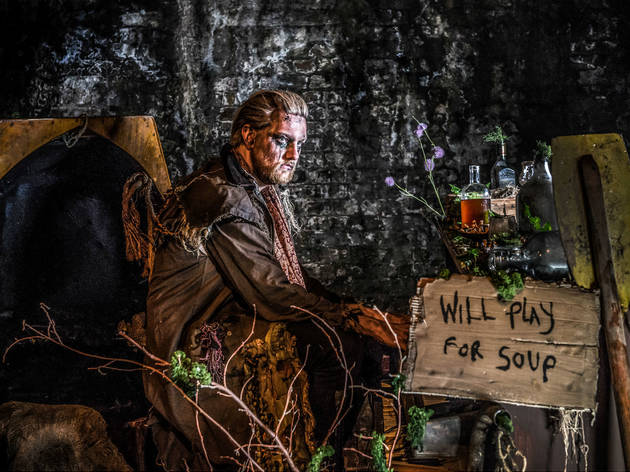 ‘We’re all mad here’, says a grinning purple Cheshire cat. He’s not wrong. I’ve fallen down the rabbit hole and it is absolutely bonkers. Well, technically I’m in the Vaults in Waterloo, but it feels like another world.

After a sell-out run in 2015, Les Enfants Terribles and ebp’s ‘Alice’s Adventures Underground’ has returned to the Vaults for more immersive adventures.

We’re ushered into a room filled with dusty books, grand chandeliers, an old piano, and a looking glass, of course. A blonde-haired, blue-eyed woman appears behind the looking glass. She is Alice, presumably, but she can’t remember her name. ‘Who am I?’ she asks, before disappearing. But that’s the last we see of her for a while, because this is not Alice’s adventure – it’s ours.

Like a group of excited schoolchildren, we move through a tunnel lined with yellowing book pages and our adventure begins. You decide whether to ‘eat me’ or ‘drink me’ to determine which path you’ll take (there are 24 adventures happening at the same time, making it almost impossible to see the same show twice). You’re given a playing card and split into ‘suits’. Each group is led by a performer throughout, which means there’s an actual narrative (albeit a totally mad one), so you’re not left wandering aimlessly.

It’s not just the experience that’s impressive – the logistics are enough to give you a headache. There are 33 rooms, each with an elaborate set; 12 entries to the show every night, with over 670 audience members; and 39 cast members, who play at least four characters each. It’s pretty mind-blowing that this show doesn’t miss a beat. Immersive theatre can sometimes be clumsy and awkward, but this is seriously slick.

We move seamlessly from a lavish Mad Hatter’s tea party (with cocktails in teacups, obvs) to snaffling the Queen’s tarts and listening to tales from a caterpillar smoking a shisha pipe, brought to life with puppetry – it truly is curiouser and curiouser.