‘All About Eve’ review 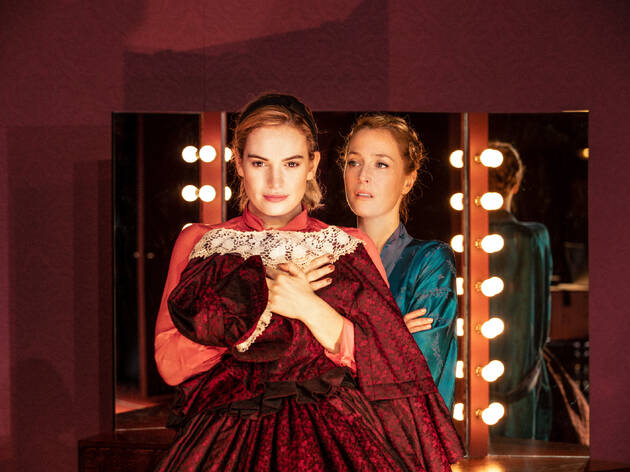 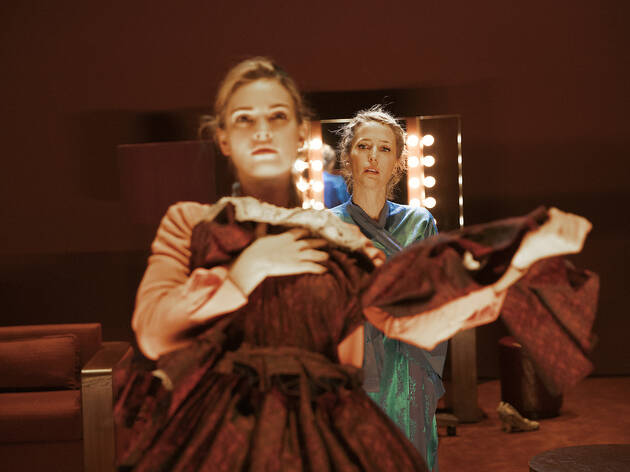 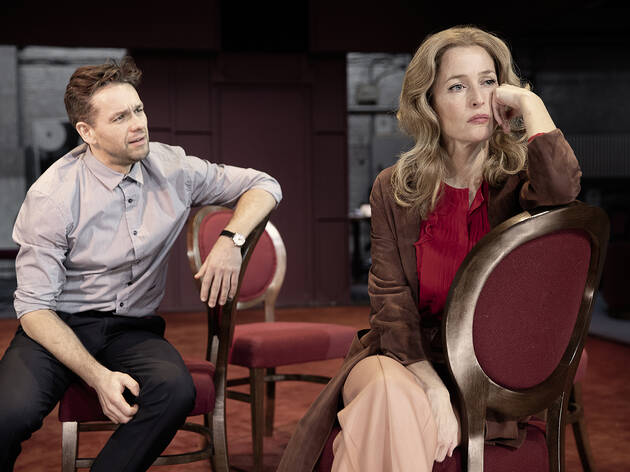 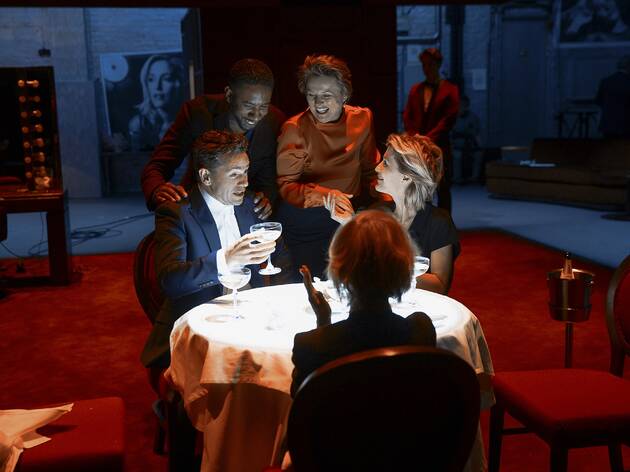 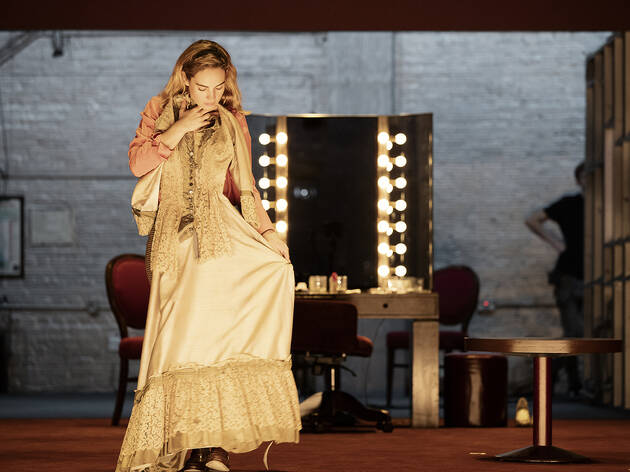 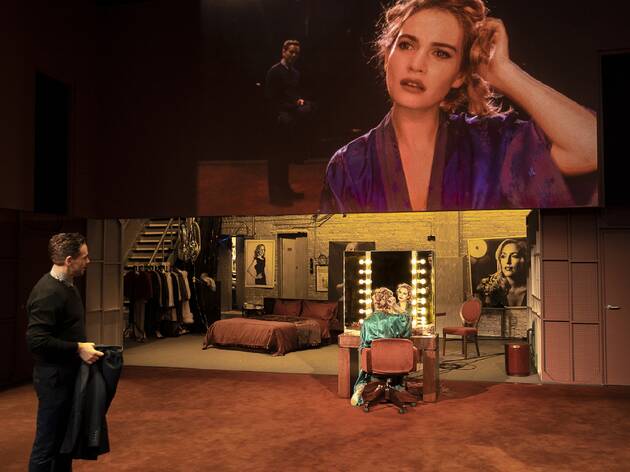 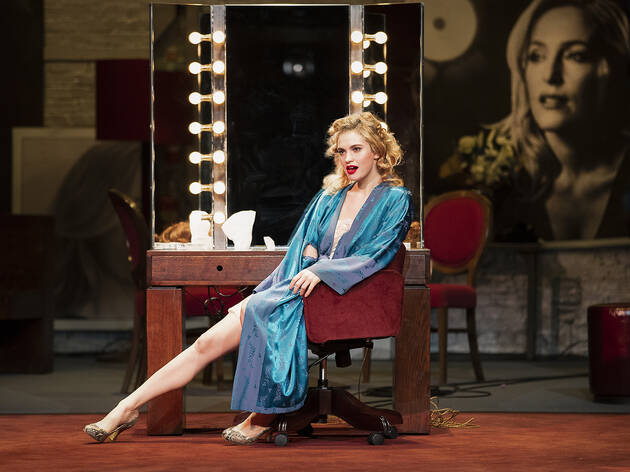 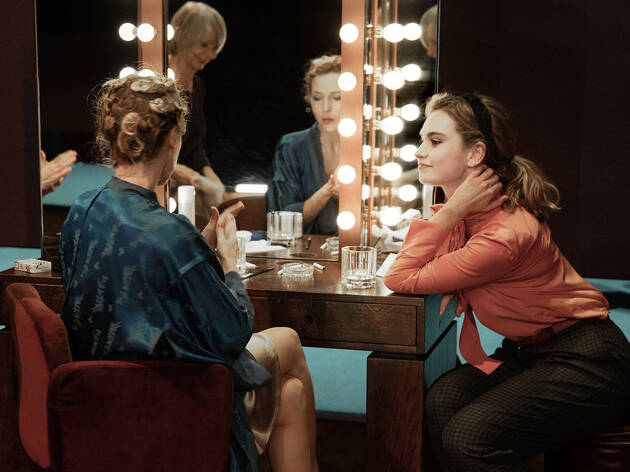 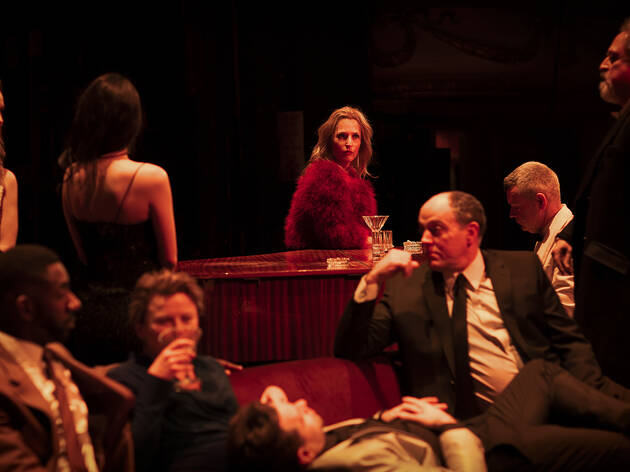 There are ‘X-Files’ nerds in my life who have spouted a lot of crazy hyperbole about Gillian Anderson over the years. But, wowee: her performance as ageing actress Margo Channing in Ivo van Hove’s stage version of ‘All About Eve’ is absolutely one of those ‘I was there’ moments.

For those who may be unaware, the play – it’s essentially Joseph L Mankiewicz’s screenplay treated as if it were a theatre text – revolves around Channing, a middle-aged Broadway star still subsisting upon the thirtysomething roles penned for her by shit-hot playwright Lloyd (Rhashan Stone).  She is a queen bee, albeit one who maintains her crown via parlous alliances with a series of powerful menfolk who ultimately can’t ignore her raw talent. Suddenly, though, everything is thrown into disarray by the arrival of Eve (Lily James), an apparently naive devotee of Margo’s whose elaborate machinations propel her first into Margo’s household, and then on to become a bitter rival.

Written in a very different era, ‘All About Eve’ is not totally unproblematic in its depiction of female ambition and its relationship to female bodies. But it is still pretty potent, and apt, and you can see why it appealed to van Hove. It’s in many ways a play about theatre, and the characters are brilliantly knotty.

Anderson’s Margo, in particular, rises far above the two-dimensional diva you might expect. She feels like she’s in constant combat with a world that wants to throw her away – we see little of her as a monster, a lot of her as a weary showbiz survivor gathering herself for another charge into the breach.

Perhaps the most remarkable scene comes almost at the start, as Eve – invited into Margo’s inner sanctum by Lloyd’s wife Karen (Monica Dolan) – prattles on about her backstory. In the meantime we are utterly distracted by Anderson: Margo is taking off her makeup and a camera hidden in her dressing room mirror is showing us an extreme close up feed of her face, which is projected at enormous scale onto the set. She is apparently oblivious to Eve’s spiel; and yet the catalogue of rolled eyeballs, blank stares and eventual mild curiosity is all consumingly fascinating to look at, far more so than the actual chat.

In some ways, van Hove’s production feels like a monument to Anderson’s face: it is key throughout, the central emotional outlet of the show. Margo is an actor who is both brilliant and ageing – and Anderson’s age and ability are constantly being made manifest, at first with simple close-ups, later with surreal pre-recorded sequences, including one in which she ages into a screaming elderly woman.

Supported by a regular core team, including designer Jan Versweyveld, van Hove is perhaps the great auteur of modern theatre, now in constant demand across Europe and America. But his many productions don’t always land, and a string of iffy recent shows at the Barbican had taken some of the shine off the reputation garnered over here from his superlative 2014 Young Vic production of ‘A View from the Bridge’.

But ‘All About Eve’ works terrifically, in part because the cast and script are excellent, and in part because van Hove’s usual box of live video tricks is so apt for a story that always felt half film, half theatre. What I really liked was the woozy ambience of it all. Soundtracked by dreamy, instrumental music – and a couple of songs – courtesy of PJ Harvey, it feels reflective of and sympathetic to Margo and Eve's discombobulation in an industry that forces them to fight bitterly for every step forward.

James has the junior role, but with her flashing, angry eyes she’s excellent at portraying the self-loathing and discontentment that drives Eve. The final scene, in which she had a deeply ironic encounter in her hotel bedroom, is suggestive not of something that really happened, but somebody cracking up.

The trickery clearly won’t be for everyone, but there’s something pleasing about that – you don’t often get such leftfield directors making work specifically for the West End, and it’s very rare you see them doing so with such total self-assurance. Whatever the case, you probably came to look at Gillian Anderson’s face, and there’s no chance you’ll be disappointed on that score.