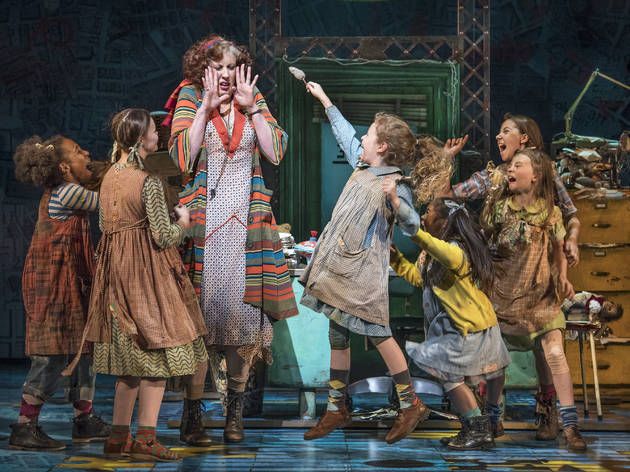 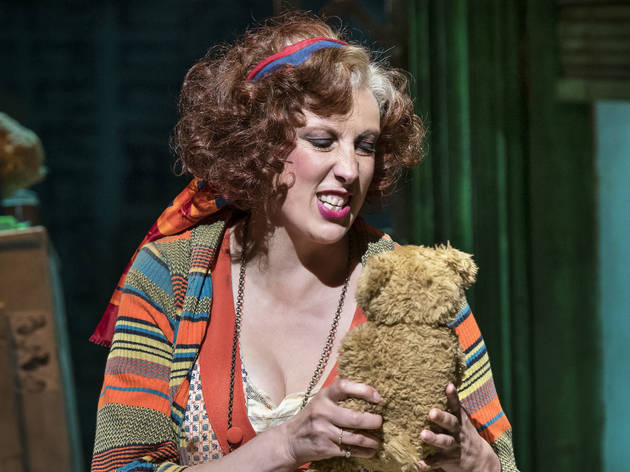 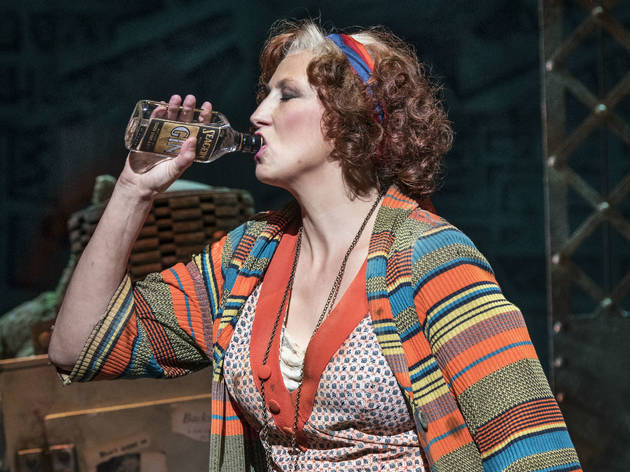 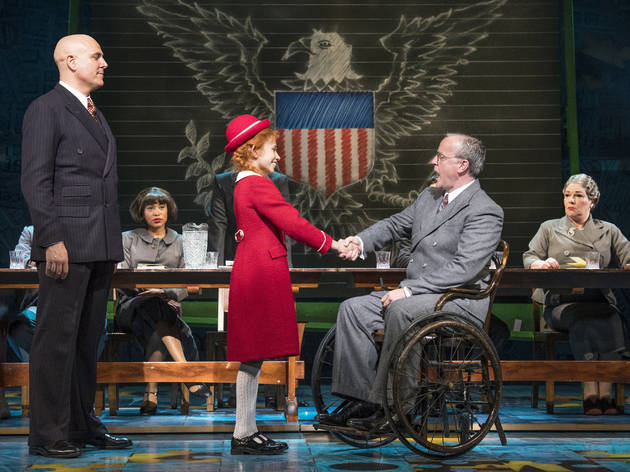 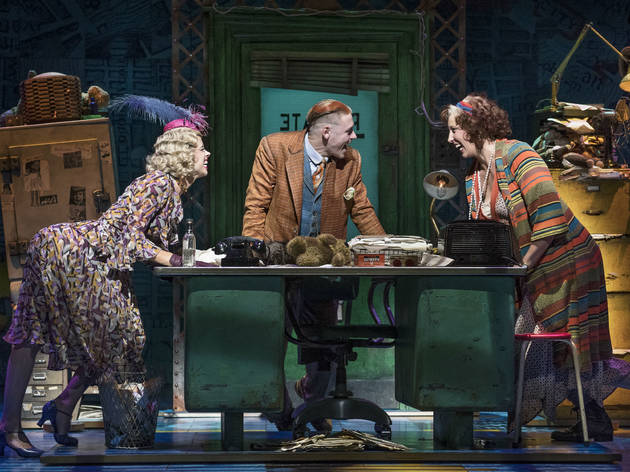 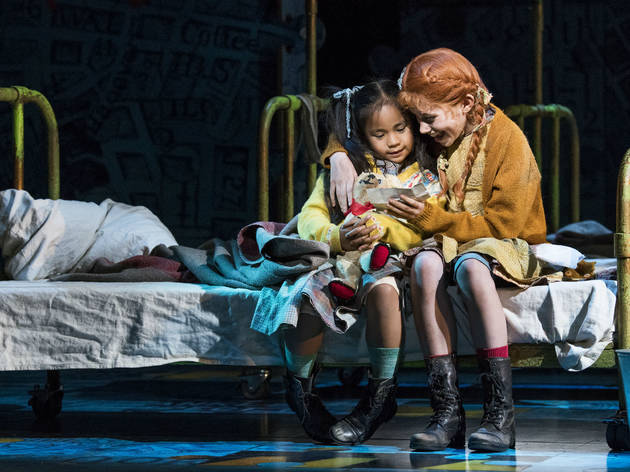 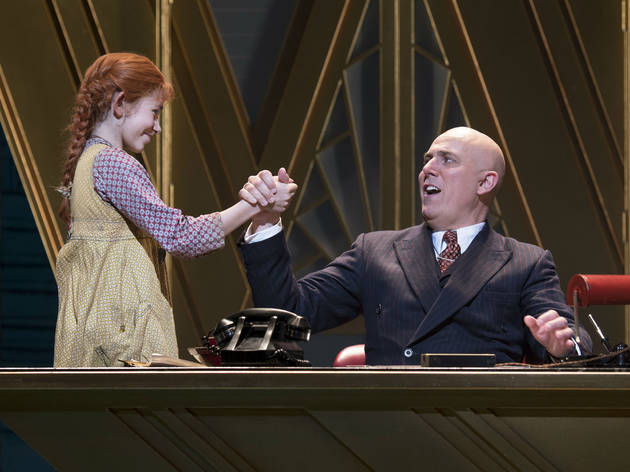 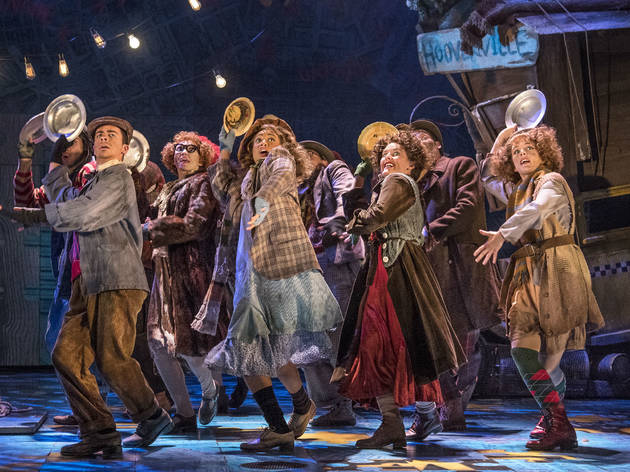 Still, ‘Annie’ remains a sturdy slice of feel-good with an agreeable seasoning of irony. And Nikolai Foster’s production has a lanky USP in comedian Miranda Hart, making her West End debut as dissolute orphanage boss Miss Hannigan. Her eponymous sitcom was an acquired taste, but she is genuinely, properly funny here. Her accent is terrible and she can’t really sing, but she imbues Hannigan with a sort of nihilistic loucheness that lights up the stage, all exasperated rolls of the eye and ginned-up staggers. She barely amounts to a villain, but she is a lot of fun.

Elsewhere the kiddie orphans are a grungy delight, Ruby Stokes (Annie on press night; she will alternate with Madeleine Haynes and Lola Moxom) nails the orphan’s knowing peppiness, designer Colin Richmond offers up handsome sets, there is a nice dog, and the show’s nostalgia for the ’30s remains funny and charming: FDR is, ludicrously, a major character, which certainly made me yearn for decades gone by (with the show opening, as it did, on the day the hate-flinging gibbon in the White House decided to pick on our mayor).

Perhaps the biggest problem is that it doesn’t have a particularly gripping plot: sassy-but-stoic Annie is randomly plucked from her grim orphanage to spend Christmas with hard-nosed businessman Oliver Warbucks (a bearish Alex Bourne). She melts his heart, he decides to adopt her permanently (quite right too: what sort of dick gives an orphan two nice weeks then dumps her?), FDR turns up to balance out the pro-capitalist vibes slightly… and that’s basically it. The only note of peril is Hannigan’s brother Rooster (Jonny Fines, sporting a bewildering alt-right haircut) attempting to pose as Annie’s real father and steal her away from Warbucks, but his conspiracy is so negligible and easily foiled he might as well have not bothered.

The songs are likeable, though they never really thrill, perhaps due to a dearth of really strong voices on stage (though ‘Hard Knock Life’ has a peculiarly entertaining frisson since Jay Z sampled it).

So yeah: see ‘Matilda’ first. Maybe see it a couple of times. But ‘Annie’ has its own charms, and though I suspect this production may not survive Hart’s departure on September 17, there is definitely more to it than celebrity casting.