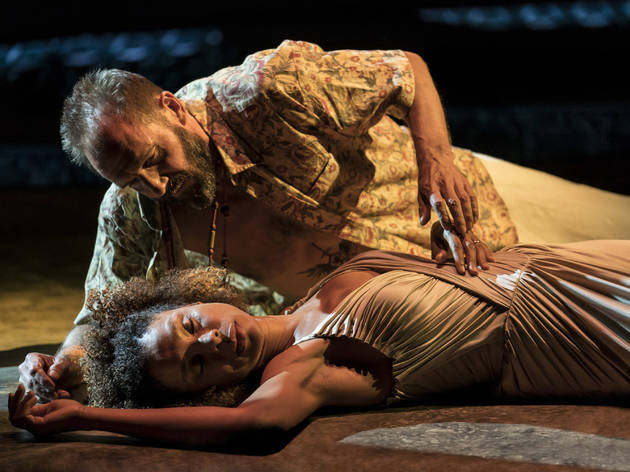 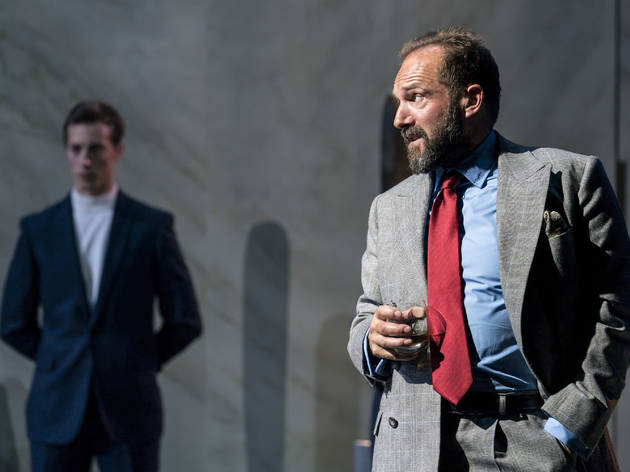 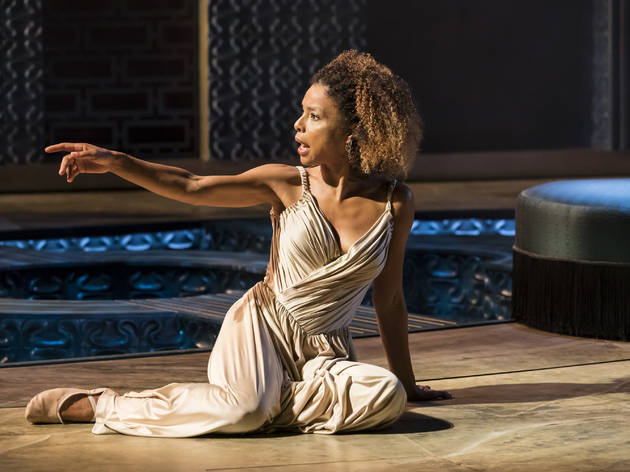 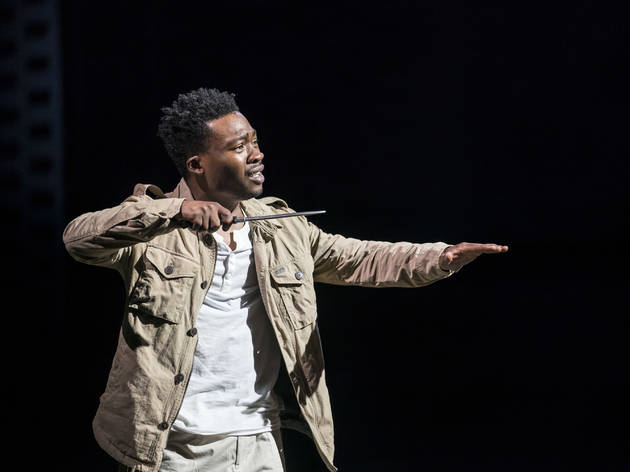 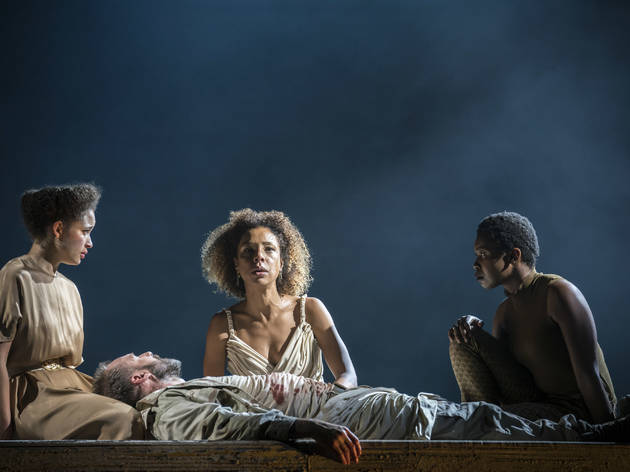 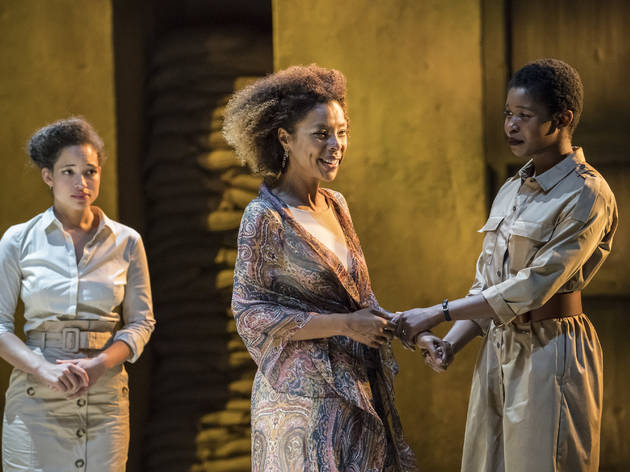 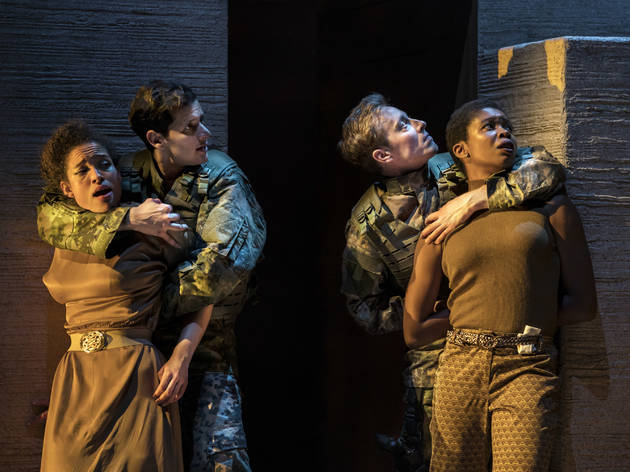 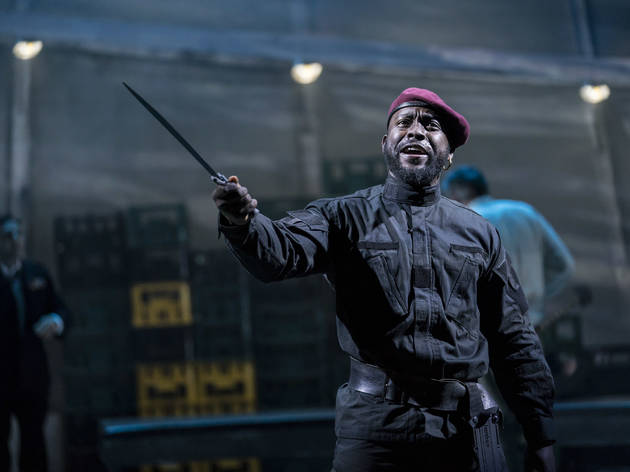 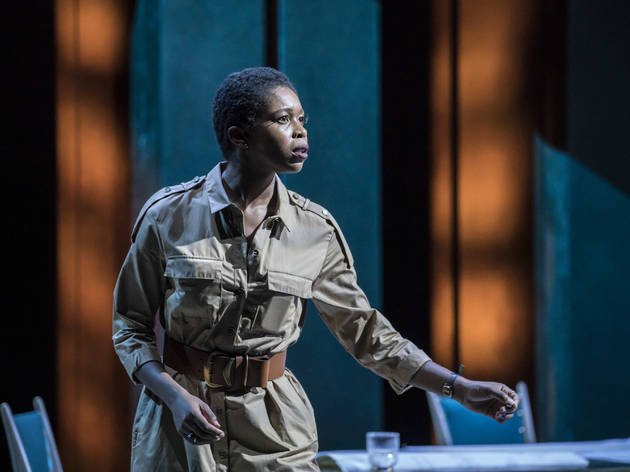 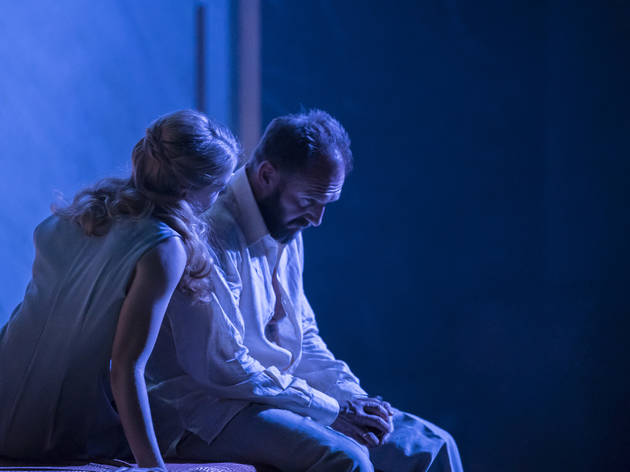 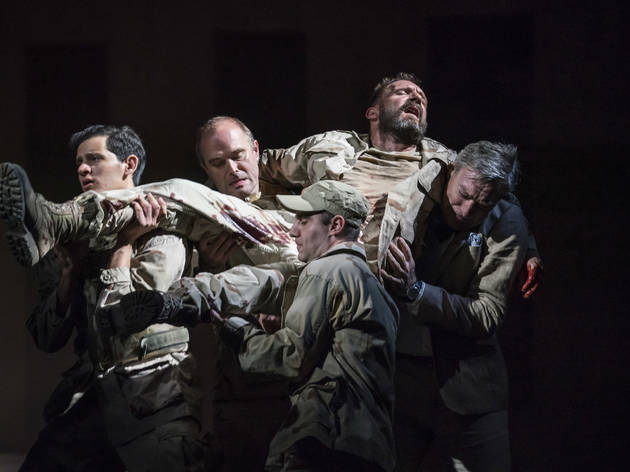 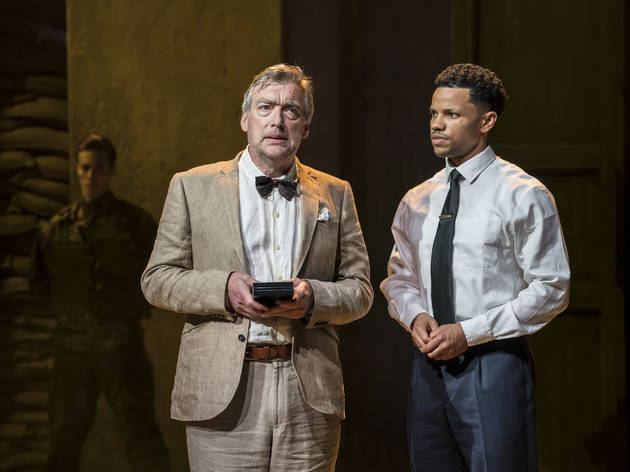 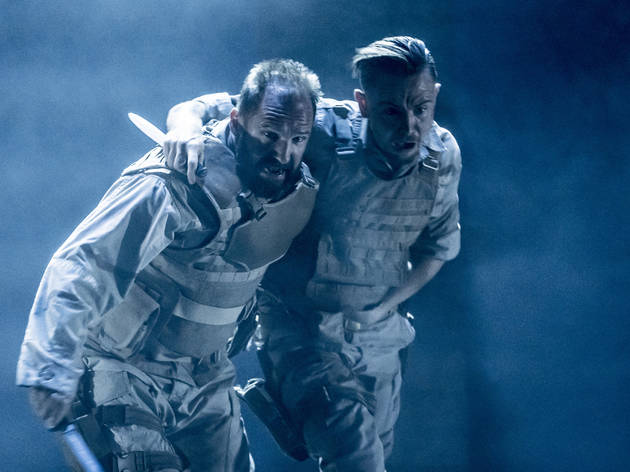 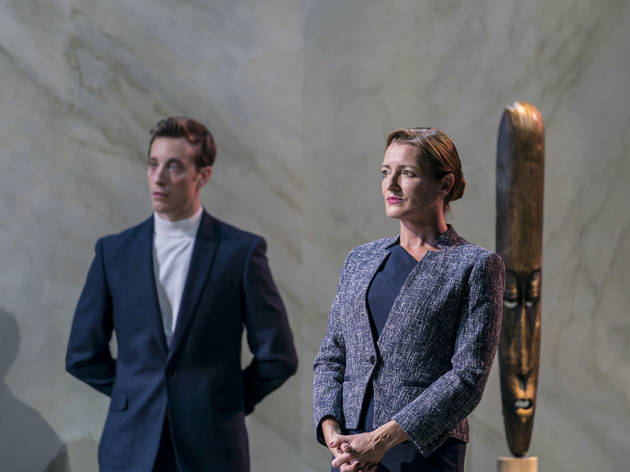 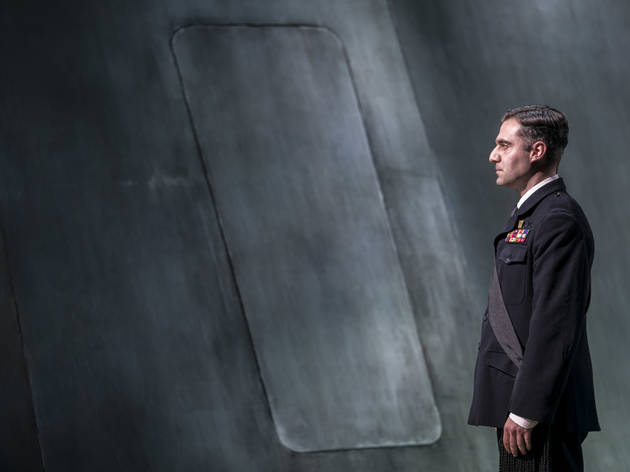 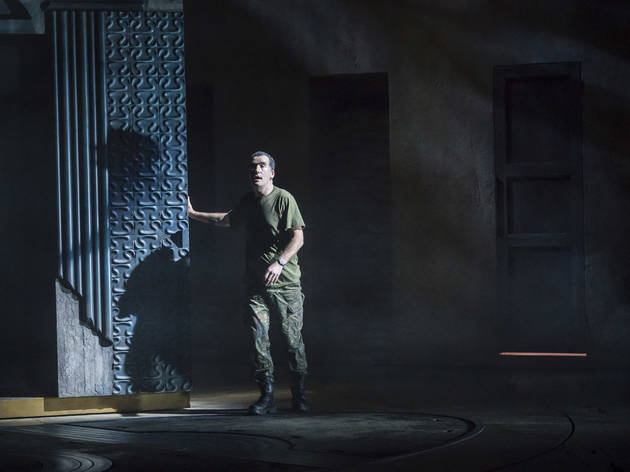 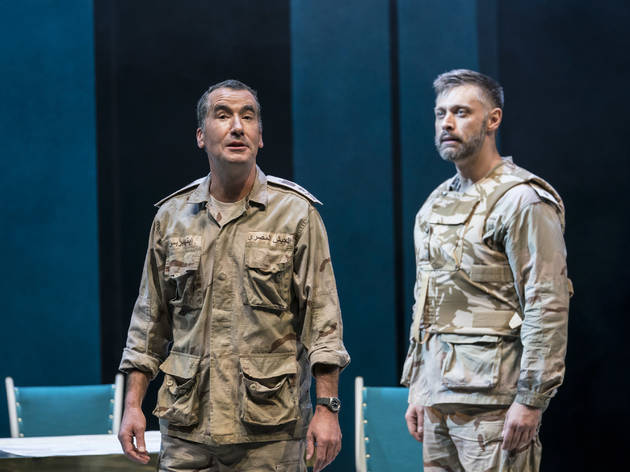 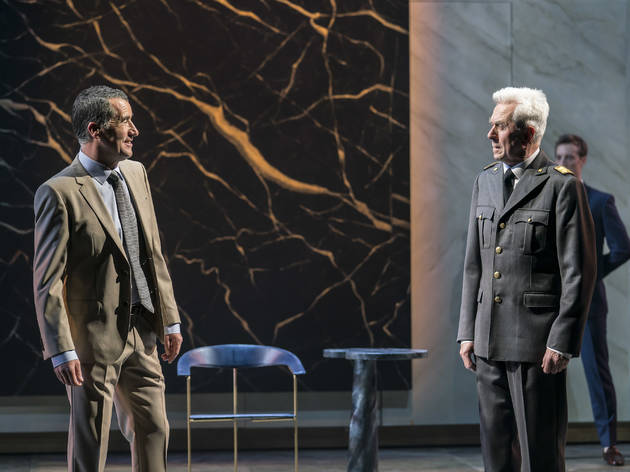 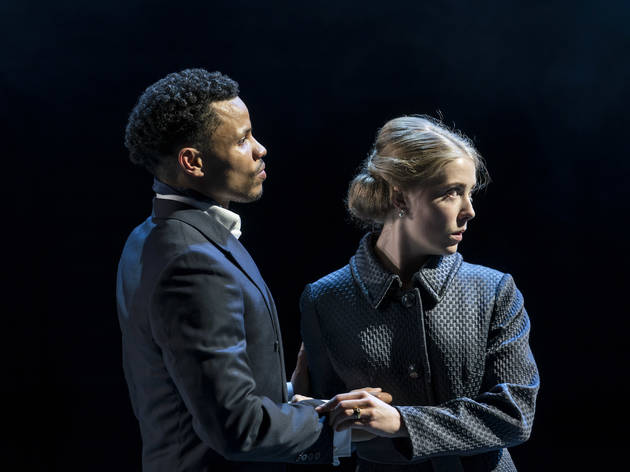 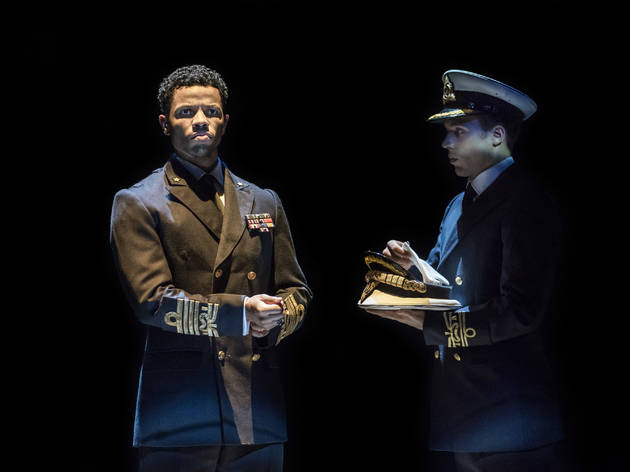 There is a myth that Shakespeare plays pretty much run themselves on the National Theatre’s huge Olivier stage. The lie of that was exposed earlier this year, with a dog’s dinner of a ‘Macbeth’ that was so bad it begged the question as to whether the NT might want to rethink its level of commitment to the Bard.

Step forward good old Simon Godwin. He is not a flashy celebrity director, and I doubt a day of national mourning is likely to be declared when he quietly quits Blighty to head up the Shakespeare Theatre Company in Washington DC next year. Nonetheless, it will be our loss: he has a gift for making very old, very long plays feel disarmingly fresh, and he concludes this chapter in his NT career with a thoroughly enjoyable take on Shakespeare’s great historical tragedy ‘Antony and Cleopatra’.

There are a couple of good ways to really balls up this play. One is to miscast the leads. The other is to freak out in the face of its 37 continent-hopping scenes. Godwin tackles each obstacle nervelessly.

In this he is aided by his regular collaborator Ralph Fiennes, who plays Antony as a boozy old lion, still in the political game through ego as much as ambition. The Roman statesman is clearly a shadow of his glory days, but there is a poignancy in the sense of damage to him. Perhaps Fiennes’s biggest contribution, though, is to swallow his celebrity status and let Sophie Okonedo’s Cleopatra dominate the stage.

She is an edgy and interesting actor who at first glance seems an odd fit for Cleopatra, traditionally associated with plummy theatre dames and weapons-grade levels of melodrama. Okonedo is fantastic, though, and quietly subversive: there is a quizzical smirk on her face as she tackles Cleopatra’s numerous hissy fits, which come across as calculated and performative, a big joke. Why? Perhaps for Cleopatra’s own amusement, perhaps as a way of regulating her public image, perhaps to knowingly deconstruct an old-school depiction of feminine hysteria. Whatever the case, she is funny, smart and potent, physically and mentally powerful. She has some chemistry with Fiennes, but it’s an interesting chemistry – he is using her to escape his past; she is using him to preserve her present. There is love, but it is very complicated – even when they’re together, they are inhabiting two very different worlds.

There are a lot of scenes of Roman politicking that have almost nothing to do with the titular love story. The danger of trying to speed through them is that what’s left can feel like dead wood. But Godwin’s production luxuriates in the political thriller segments. The clash between the old Rome of Antony and the new Rome of Tunji Kasim’s calculating Caesar is developed and explored smartly. And if you want a sign that Godwin and designer Hildegard Bechtler are taking it seriously, then look no further than Pompey’s flagship – a whacking great submarine that emerges from the heavily – and immaculately – used drum revolve.

There’s great work all round from Bechtler, who conjures up an austere art deco Rome and a slightly vulgar Egypt – there is an amusingly horrendous water feature in Cleopatra’s palace that is finally used to great comic effect, at the expense of Fisayo Akinade’s brilliantly hapless Eros.

Godwin’s ‘Antony and Cleopatra’ is not particularly revelatory. And the ending is a slight letdown – a few too many jokes amidst the tragedy, while the deployment of an actual snake is pretty distracting (I’m pretty sure it wasn’t actually an asp but some sort of new world snake; perhaps that’s part of the modern dress!). But it is, above all, very entertaining: slick, stylish and action-packed, with a proper marquee performance from Okonedo.

There will always be cooler directors than Simon Godwin: and most of them would have had a nervous breakdown tackling ‘Antony and Cleopatra’. This is a rollicking send-off.