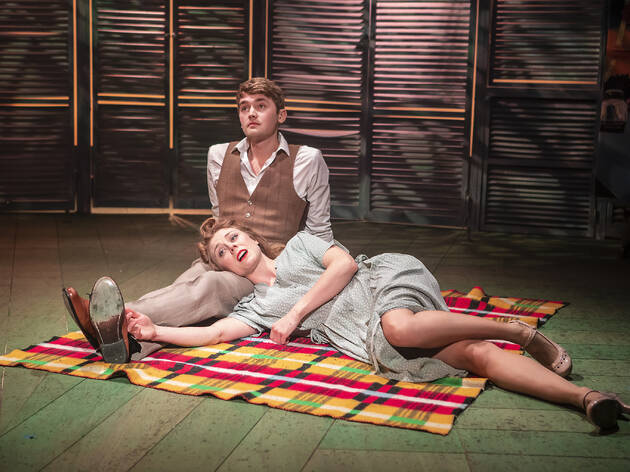 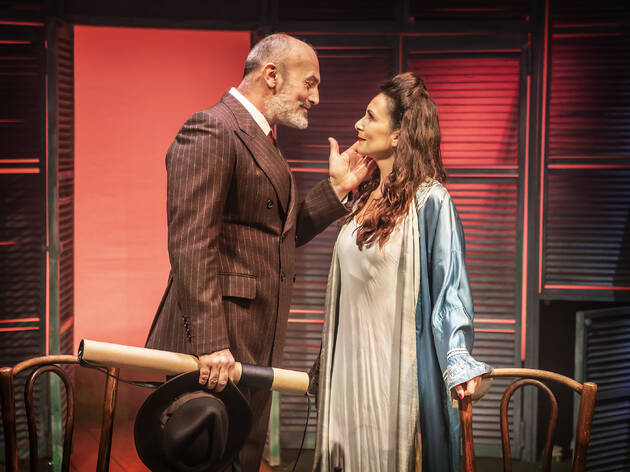 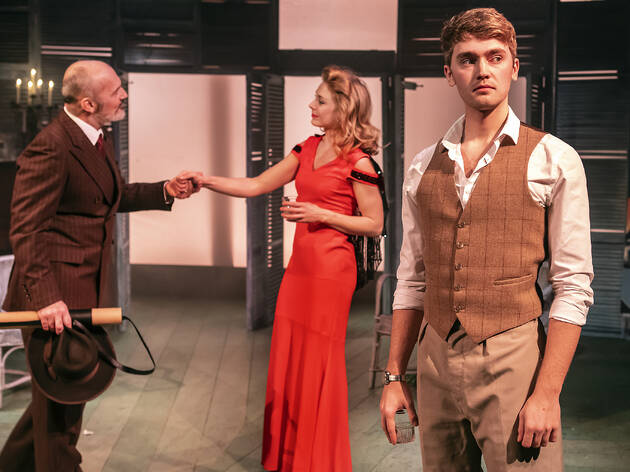 Andrew Lloyd Webber’s 1989 musical ‘Aspects of Love’ mixes lush, memorable melodies with a horribly unsettling story of bohemian romantic entanglements. Director Jonathan O’Boyle’s revival, transferring from Manchester’s Hope Mill Theatre, plays it all pretty straight, gambling that the joys of songs like ‘Love Changes Everything’ and ‘Seeing is Believing’ will see you through its increasingly creepy depiction of a family that’s loving in all the wrong ways.

Adapted from David Garnett’s 1955 novel, the first act sees young Englishman Alex and his uncle George squabble about who gets to play with beautiful, needy French actress Rose (Kelly Price). And if that makes it sound like she’s a shiny new toy, and not a human being, then yes, that is an accurate representation of this musical’s attitudes towards women. In the second act, set 15-odd years later, Rose has shacked up with uncle George, in a ménage à trois with his other mistress, Guilietta. And the now not-so-young Alex decides to woo Rose and George’s 13-year-old daughter Jenny, even though (or perhaps because) he’s still in love with her mother.

Sure, musical theatre can explore the nastier, messier sides of human behaviour, and bohemian attitudes were definitely often a cover for manipulation and abuse. But the thing about ‘Aspects of Love’ is that its tone throughout is ‘how deliciously shocking!’ Don Black and Charles Hart’s lyrics are all nudge nudge, wink wink and no psychological depth. The prevailing drama of the second act is Alex’s struggle with his feelings for young Jenny, and there’s a sense (encouraged by both of her mother figures) that as long as he waits until she’s legal it’s all fine. Never mind that she’s essentially being groomed, by a family member more than twice her age.

This story is confusing, as well as troubling, leaping between time periods and locations that are clumsily signalled by light-up signs on the stage. O’Boyle’s staging strips back the original score to a keyboard, which doesn’t offer enough variety and texture to do it justice. Some moments shine, especially Madalena Alberto’s spirited take on ‘Hand Me the Wine and the Dice’, and Kelly Price’s gutsy, devastating ‘Anything But Lonely’. But Felix Mosse struggles with the pivotal role of Alex: it’s not at all clear why Jenny, Guilietta and Rose would all fall at the feet of this awkward wooer.

‘Aspects of Love’ ends up as a powerful argument for getting out more. This group’s romantic horizons might stretch to polyamory, but not to sourcing new lovers outside the family. This musical’s mounting sense of claustrophobia is its strongest blow against the self-involved bohemians that fill it, but it’s not enough to rescue this grimly unromantic homage to love’s ickier forms.