‘Back to the Future: The Musical’ review

Great Scott! The DeLorean is amazing, but this bombastic musical of the classic film is A Lot

This long-gestating musical version of ‘Back to the Future’ – it has literally taken longer to bring to the stage than all three films took to make – is so desperate to please that the producers would doubtless offer a free trip back in time with every ticket purchase if the laws of physics allowed. It is extra as hell, every scene drenched in song, dance, wild fantasy asides, fourth-wall-breaking irony and other assorted shtick.

You might say that, yes, that’s indeed what musicals are like. But John Rando’s production of a script by the film’s co-creator Bob Gale is so constantly, clangingly OTT that it begins to feel a bit like ‘Back to the Future’ karaoke: it hits every note, but it does so at a preposterous velocity that often drowns out the actual storytelling.

As with the film, it opens with irrepressible teen hero Marty McFly visiting his friend ‘Doc’ Brown’s empty lab, where he rocks out on an inadvisably over-amped ukulele. Then he goes and auditions for a talent contest, hangs out with his girlfriend Jennifer, talks to a crazy lady from the clock tower preservation society, hangs out with his loser family… and takes a trip 30 years into the past in the Doc’s time-travelling DeLorean car, where he becomes embroiled in a complicated love triangle with his mum and dad. It is, in other words, the same as the film, with only a few minor plot changes (the whole thing about Doc getting on the wrong side of some Libyan terrorists is the most obvious and – let’s be honest – sensible casualty).

But the means by which Rando’s production goes about telling the story is quite different. Every scene is a showstopper, bedaubed with backing dancers and Tim Hatley’s ever-changing, retina-searing sets. It’s a relentless rush, with almost no breathing space, and it feels heavily predicated on the idea that you already know Marty from the film, where his character is eased in far more gradually.

By contrast, if we’re talking ’80s icons, then Roger Bart’s bearish, whimsical Doc has a vibe closer to the amiable Dan Aykroyd than the intense Christopher Lloyd. He and Dobson’s Marty have a very different chemistry to their film counterparts’, with a sort of knockabout Hope-Crosby double-act-style thing going on. There is a running joke about them being able to see the backing dancers, which is funny, but the knowing meta japery feels quite off-piste: ‘Back to the Future’ is ultimately quite a sweet, sincere film. This is arch.

The essential trouble with making everything OTT is that it threatens to drown out the bits that should stand out. No question, the DeLorean is magnificently done: it’s thrilling just seeing it drive about the stage, let alone when it busts through the temporal barrier (I have no idea how you make a time-travelling car on stage, but ‘illusion director’ Chris Fisher presumably deserves a shout out). And the climactic clock tower sequence, set in a lightning storm, is also pretty damn special. But maybe these scenes would seem even more special if they weren’t competing against, say, a song during which the stage is turned into a wild science-fiction fantasy where Doc flies around in a spaceship.

I don’t want to be overly critical: it’s entertaining, just a bit much. The story remains an extremely enjoyable romp, with chuckles aplenty; the stagecraft is a wow, especially with regards to the DeLorean. Glenn Ballard and Alan Silvestri’s new songs are unquestionably overshadowed by the ones from the film (‘The Power of Love’, ‘Earth Angel’ et al), but it’s nice that they’ve written them in the style of the periods they’re set in. And they come into their own a bit more in a second half that does finally ease off the accelerator and allow for a couple of thoughtful duets (between Marty and his dad and Marty and Doc) that deepen the characters rather than just frantically riff on them.

Again, your enjoyment is going to depend on how up you are for ‘Back to the Future’ cranked to the absolute max for virtually the whole night. Where this musical is going, you don’t need roads. But you might need a good lie down. 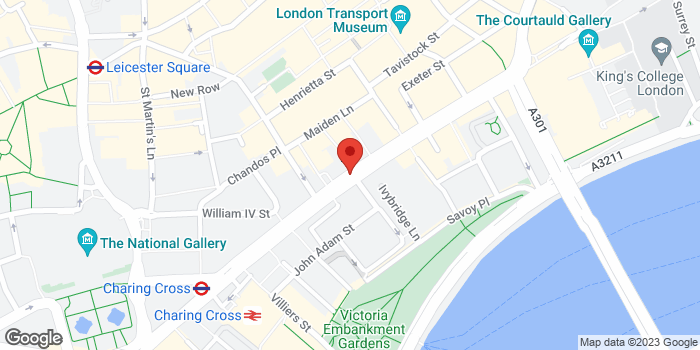