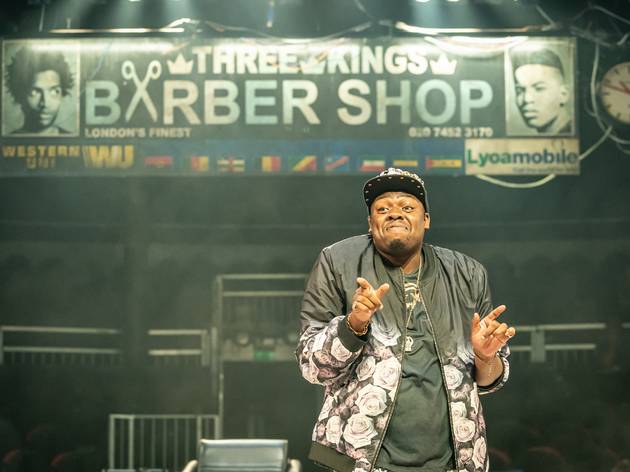 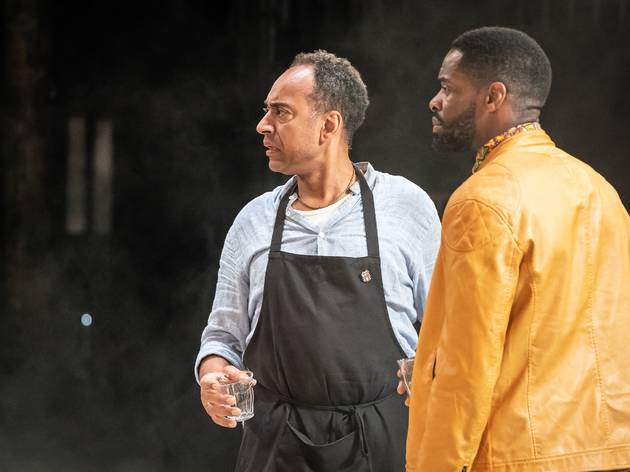 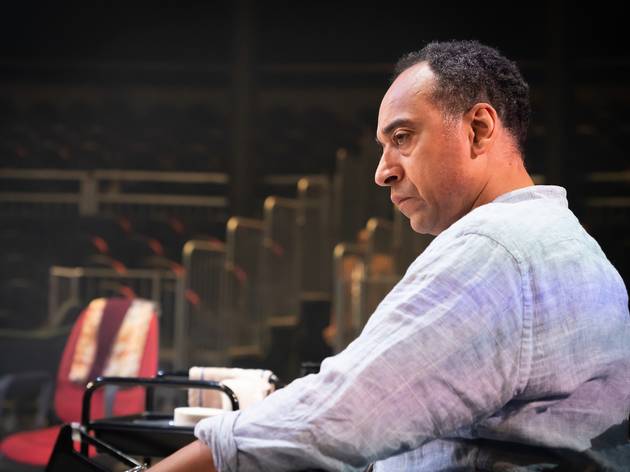 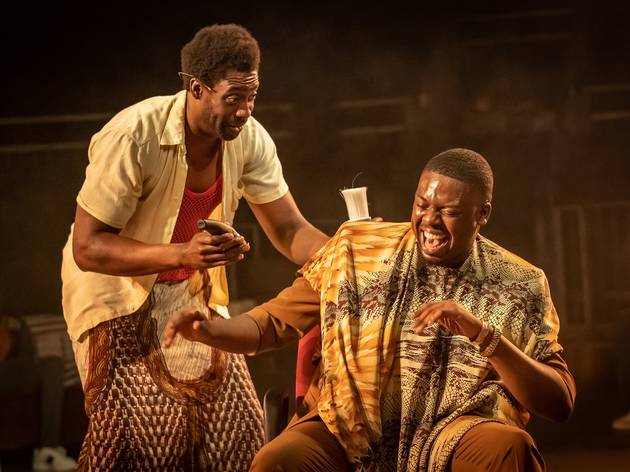 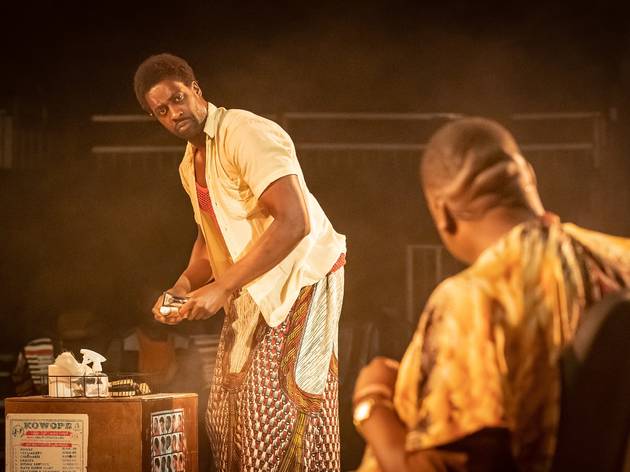 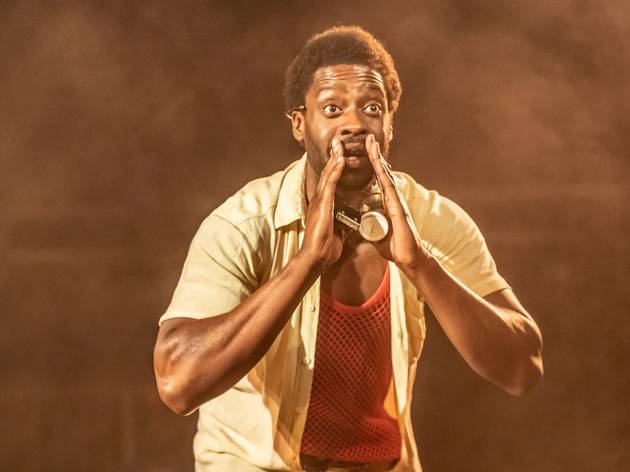 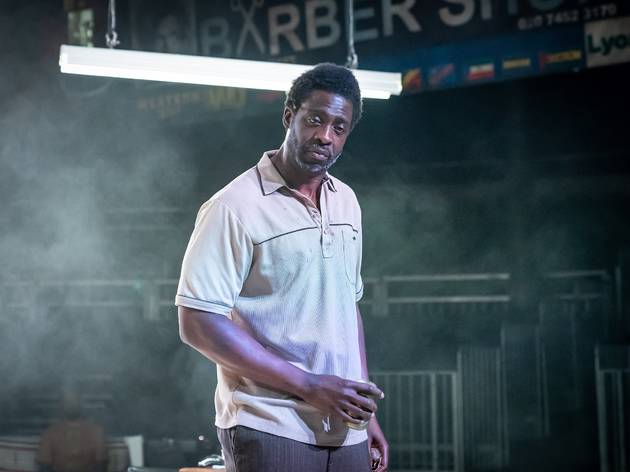 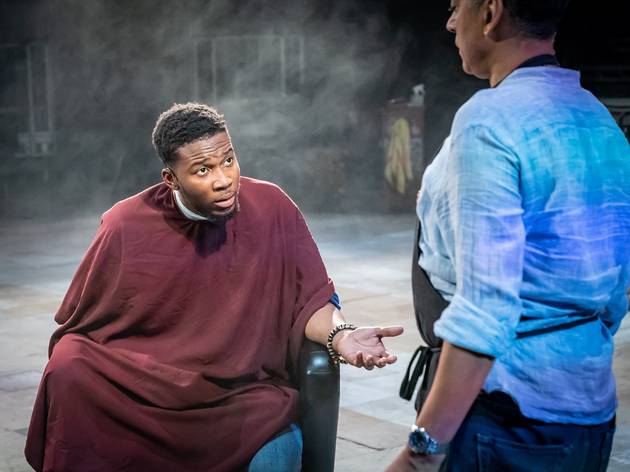 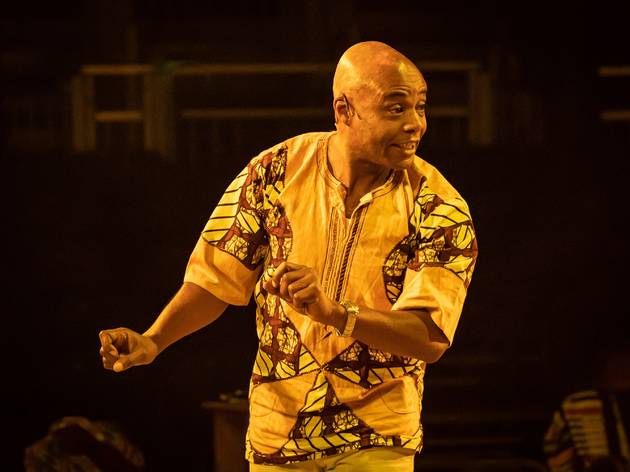 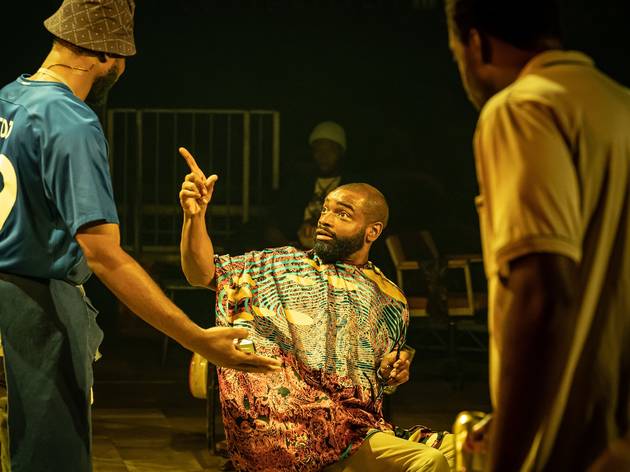 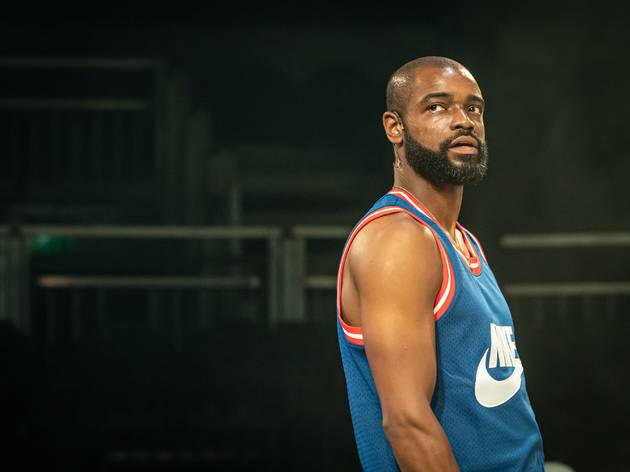 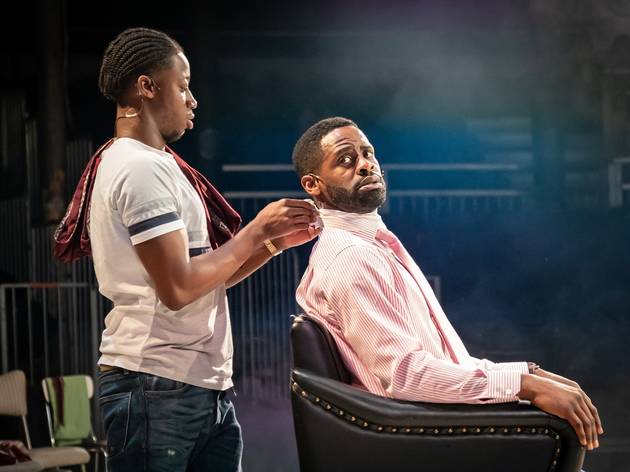 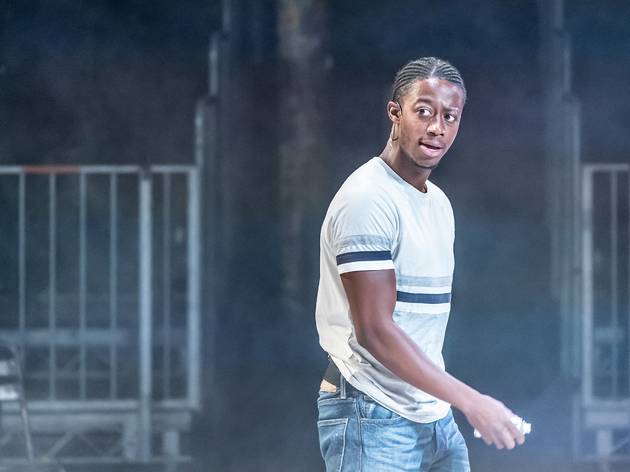 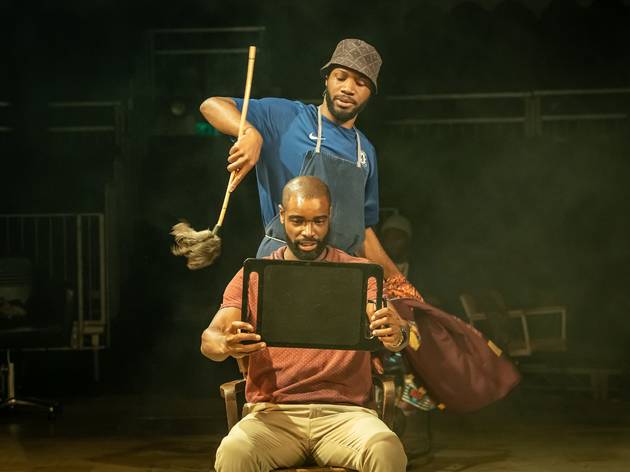 Talk about a well-deserved victory lap. Inua Ellams’s brilliantly vivid, funny, moving drama about the importance of barber shops to the black African and diaspora experience has played a couple of stints at the National Theatre and toured the world. Now it’s taking over the Roundhouse for the summer, mercifully supplanting the usually iffy experimental work the iconic venue tends to indulge in at this time of year – it’s the centrepiece of ‘Fades, Braids & Identity’, a season ‘championing the work of black and brown artists’.

I don’t have a huge amount to add about Ellams’s 2017 play, other than to note that it’s still pretty wondrous. Spinning a complex, occasionally intersecting web of vignettes set in barbershops in Lagos, Johannesburg, Harare, Accra and Kampala – juxtaposed with a ‘main’ plot set in a south London barber’s – it makes the case for the barbershop as a liminal space that unites the diaspora, as people breeze in to share stories, share a joke, share their love of Chelsea FC, and sometimes bare their souls. To this uptight Eastern European, it also seems to be a fond celebration of a certain type of performative African masculinity: a love of a tale told loudly and flamboyantly that feels at glorious odds with taciturn Western ideals of Being A Man.

A couple of things have been lost in the move to the Roundhouse. One is the exemplary original cast – the new one is good, but they’re not quite in the same league, and some of the more emotional notes, particularly in the ‘main’ London-set story, don‘t land. Another slight problem: the sound was occasionally soupy and the odd bit of dialogue got lost.

But if that’s the price to pay for staging it in the Roundhouse then bring it on. Bijan Sheibani’s production was joyous even within the stately confines of the Dorfman. In this gigantic north London gig venue it’s positively carnivalesque. It’s probably the best space in the country to stage something in the round; the cast has acres of space to perform Aline David’s extremely fun movement sequences; the giant light-up wireframe globe of Rae Smith’s set looks like it was made to sit under the vaulting dome of the Roundhouse roof. And perhaps most important, the pre-show has become central to the night. This is a half-hour before the acting starts in which the audience is invited down on to the set to hang with the cast and enjoy a blaring selection of bangers played loud over the PA.

What with the terrifying heat and the big silly eejit in number 10, it’s perhaps not a vintage London summer. But this last hurrah for ‘Barber Shop Chronicles’ is something to savour.