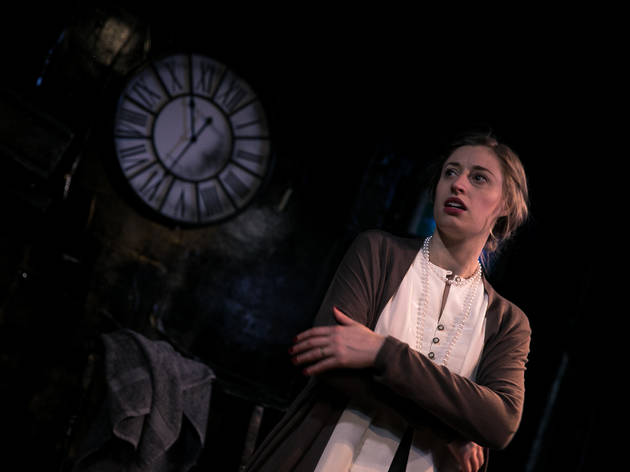 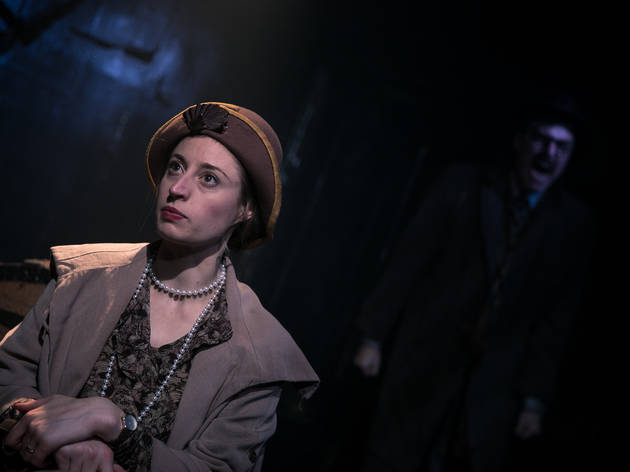 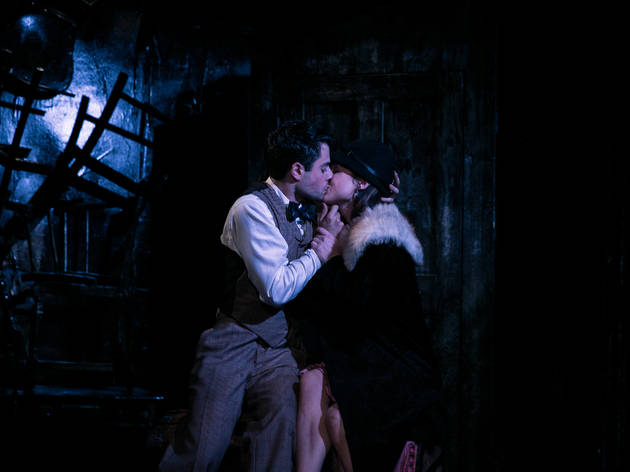 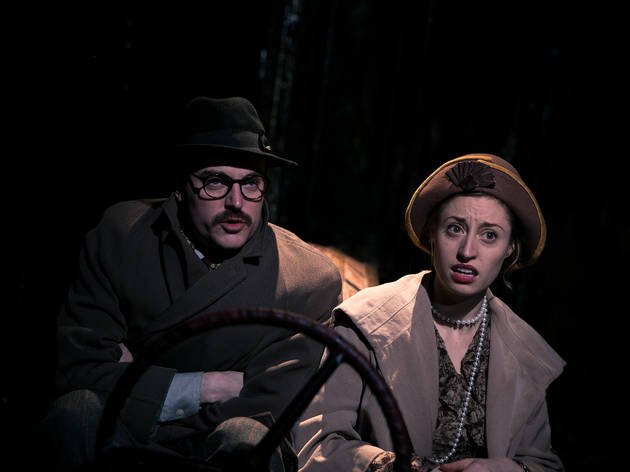 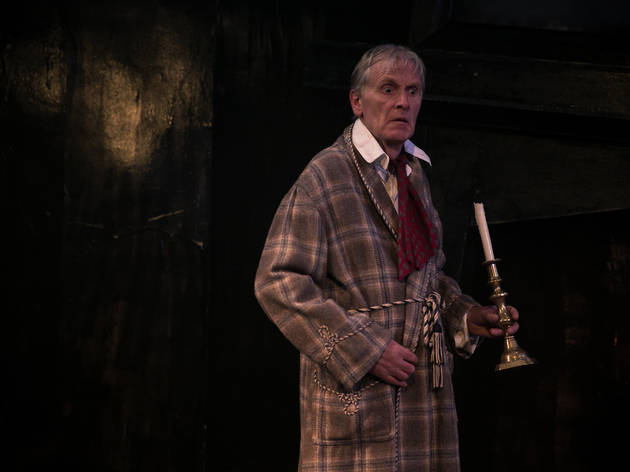 Benighted. It’s not a special honour bestowed by the Queen. It actually means to be in a state of abject ignorance and/or enshrouded in darkness. It’s also the title of one of JB Priestley’s earliest novels, here adapted into a spooky and surprisingly thoughtful play by Duncan Gates. A house of horrors thriller set in 1920s Britain, this is the story of a postwar country in a state of shock: struggling to find its way, frightened of the dark and – most of all – terrified of the demons within.

It’s nearly Christmas and Margaret Waverton (Harrie Hayes), her architect husband Philip (Tom Machell) and good friend Roger (Matt Malby) are on their way home for the holidays. But when a violent storm hits, the gang are forced to seek refuge in a ramshackle house. No ordinary house, mind. The walls are charred black (Gregor Donnelly’s skewed set screams with foreboding), the residents are bonkers (Michael Sadler’s goggle-eyed butler is the battiest of the lot), there’s a soldier shut away in the attic and no one has been outside in a very, very long time.

As the night wears on, horrors rise up from the house and its inhabitants. Adaptor Gates and director Stephen Whitson strike a fine balance between easy thrills and smarter psychological chills. There are bumps in the night, great claps of thunder and flashes of lightning, and even a slow-motion strobe light fight sequence. But there are also quieter and infinitely more haunting moments, during which these shell-shocked (quite literally in some cases) strangers reveal their doubts and fears.

A game of ‘truth’ exposes a mother anxious to create a world in which her children might be happy, a husband struggling to see the point of it all and a dancer (a vibrant Jessica Bay) shrouding her poor past in sequins. In one unforgettable scene, a soldier stands alone, breathing raggedly through a gas mask. He looks like a monster – but it is ‘monsters’ like these who won the war. And so the impossible sorrow and soul-searching of postwar Britain tumbles down on us all.