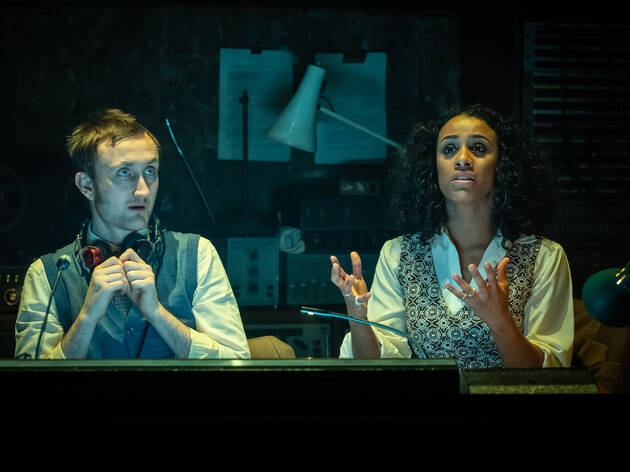 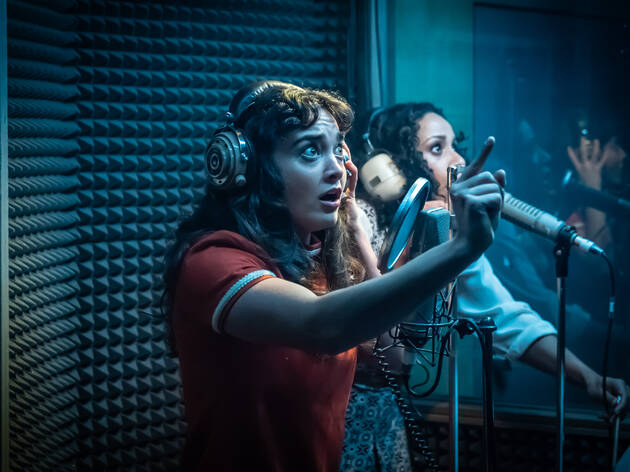 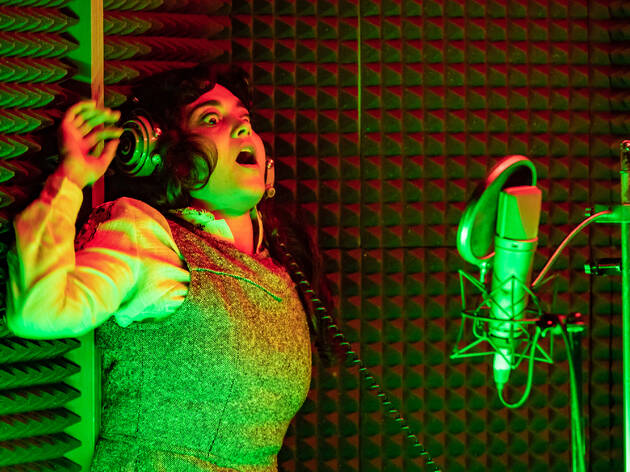 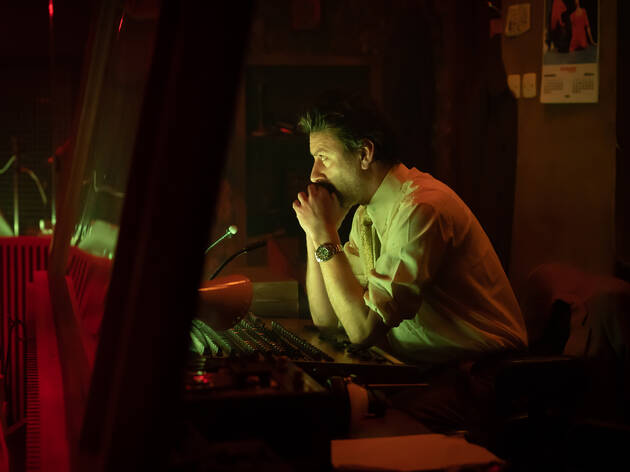 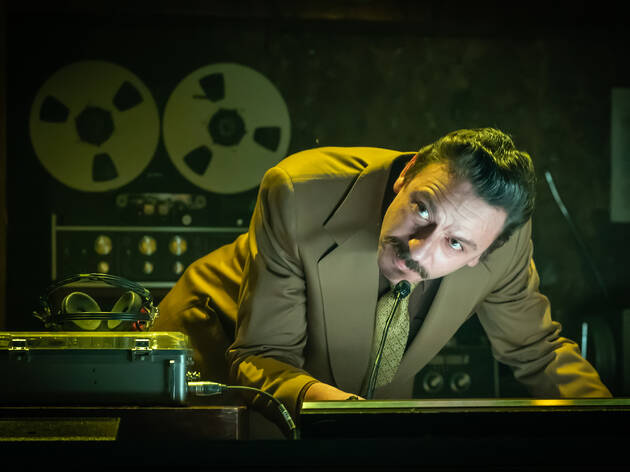 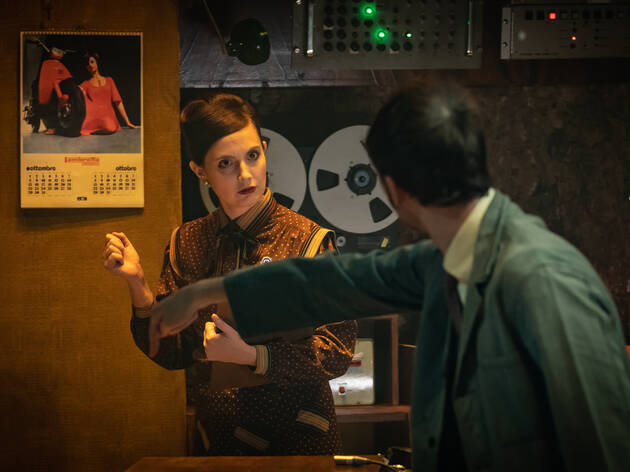 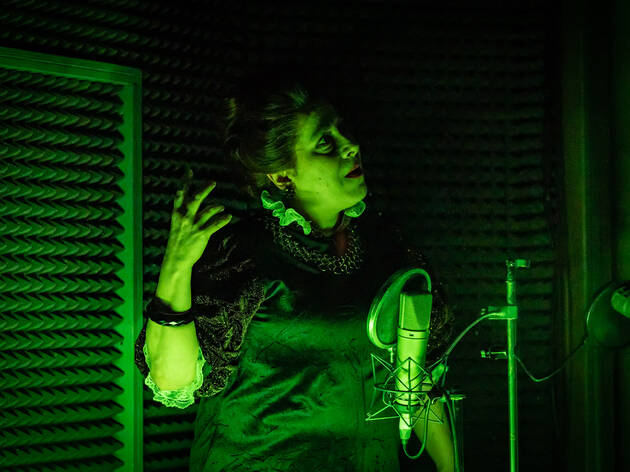 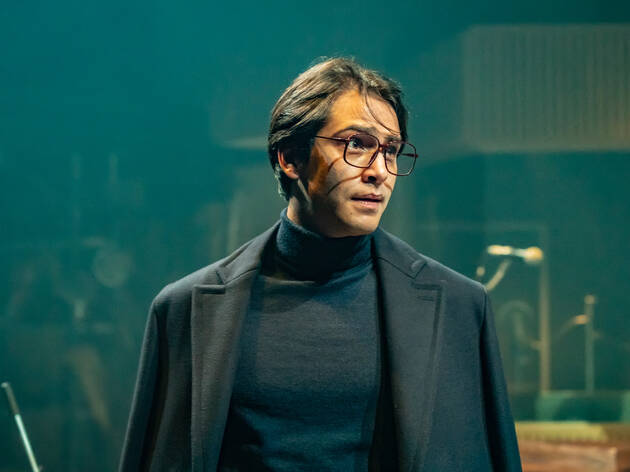 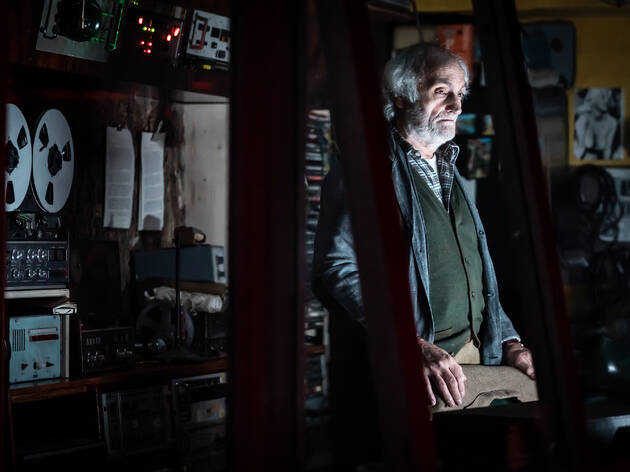 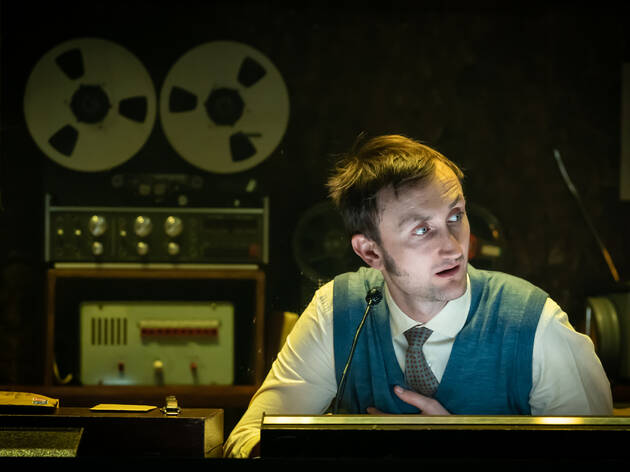 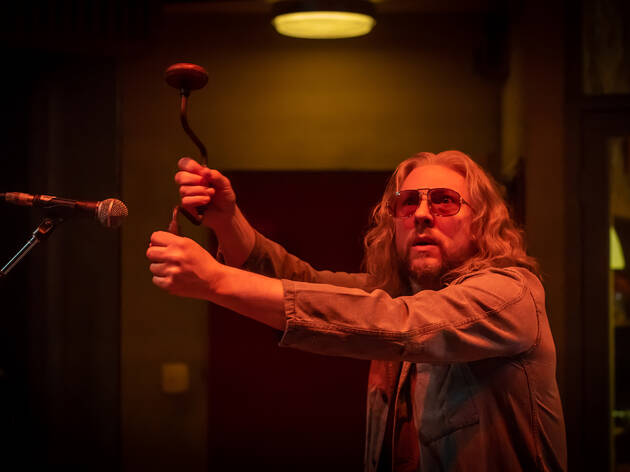 Stage horror is not a genre with a glowing track record. But designer Tom Scutt knew what he was doing when he persuaded the Donmar to let him make his directorial debut with a version of Peter Strickland’s cult 2012 film ‘Berberian Sound Studio’. If visual scares tend not to work in the theatre, the sonic monstrosities conjured here by sound designers Ben and Max Ringham are way more unnerving than their film equivalents.

The ’70s-set ‘Berberian Sound Studio’ kind of has the same plot as ‘The Wicker Man’, but with an Italian recording studio instead of a Scottish island. Unworldly British sound engineer Gilderoy (Tom Brooke) has been lured away from a quiet life living with his mum in rural Surrey by a virtuouso Italian film director who would like him to do the sound for his latest film, ‘The Equestrian Vortex’.

It begins light, as fish out of water Gilderoy meets the host of bickering, eccentric Italians working on the film, including a pair of foley artists both named Massimo who perform a hysterically overwrought display of virtuosic melon squishing that elicited a round of applause from the Donmar audience.

That’s about the last moment of relief, though, as the innocent Brit belatedly realises that he has been asked to work on what appears to be an incredibly graphic giallo horror film. Initially reluctant to stay, he becomes increasingly obsessed with the final scene, in which the heroine is killed by an unknown torture instrument that will only be suggested by sound.

Gruesome noises naturally play a major part in ‘Berberian Sound System’. But the Ringhams’ sound design is less a case of jump a minute, more immersing you in the extreme discombobulation Gilderoy feels as he spends more and more time alone in the studio, tinkering endlessly with tape. He begins to live in a different world to everyone else: visually mundane and confined; sonically boundless; full of infinite, terrifying new sensation.

So the sound is pretty special, then, but it’s important not to underestimate the importance of Brooke. We’ve not seen him on the stage in far too long and he really is terrific: at first more affable and innocent than Toby Jones in the film, but gradually drifting further and further away from reality, one minute sympathetic, the next freezing his face into a mask that looks barely human.

The real kicker with Joel Horwood’s adaptation is that it has something to say, too. The plot is essentially identical to the film's. But where on screen Gilderoy’s discomfort at the brutal treatment of women involved in the movie merely feels like further disorientation for the hero, here it feels more pointed – a withering critique of men who mistreat women and justify it in the name of art.

I loved the film, but it used a series of increasingly abstract cinematic fudges to make the ending work. Scutt’s impressive and unsettling directorial debut is far more lucid, with steel as well as scares.