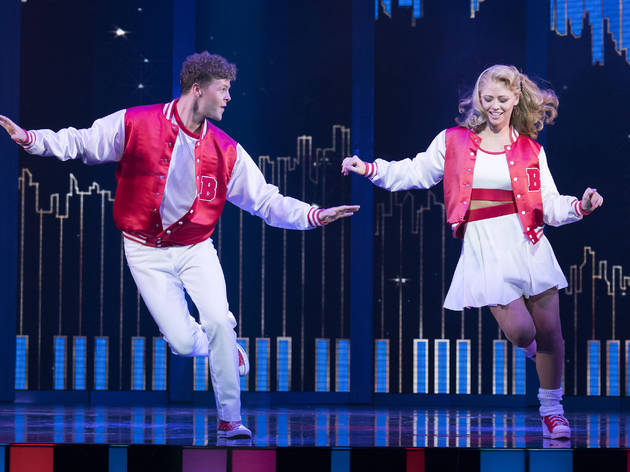 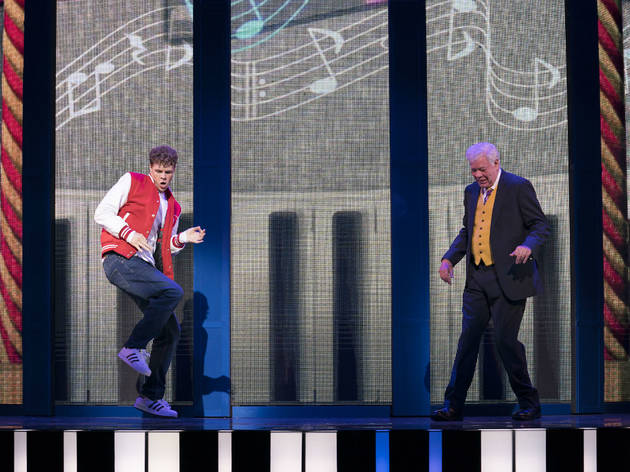 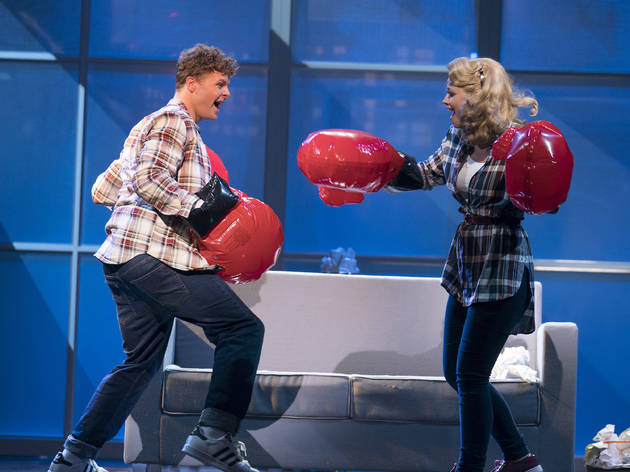 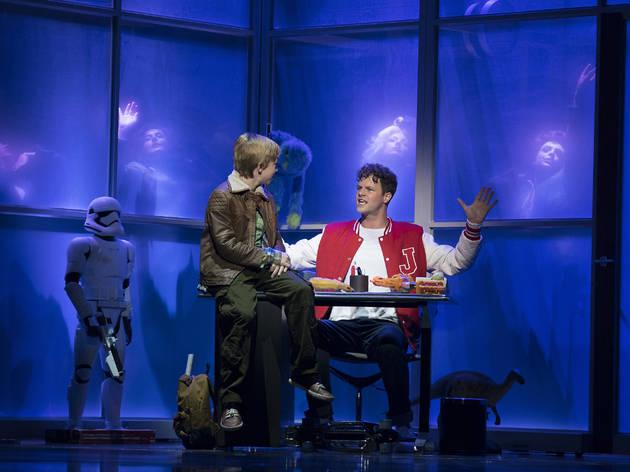 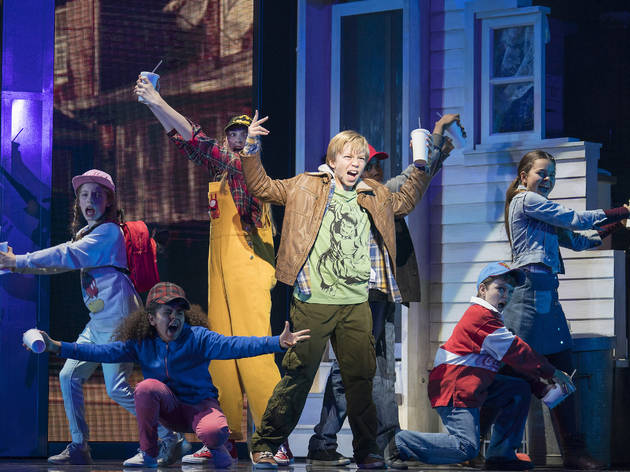 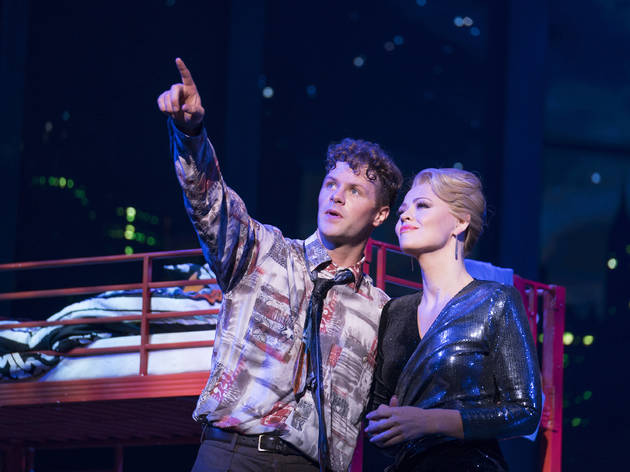 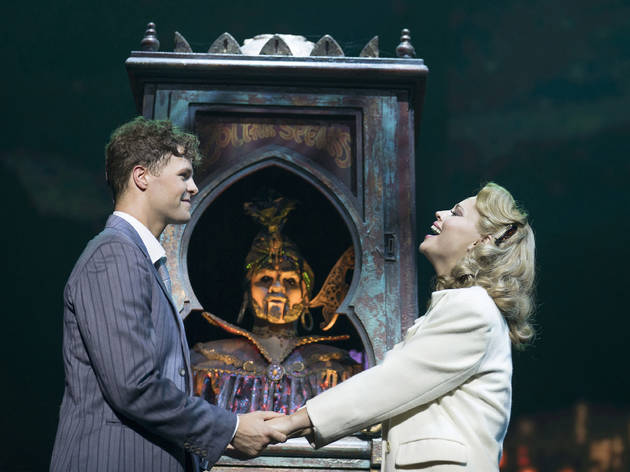 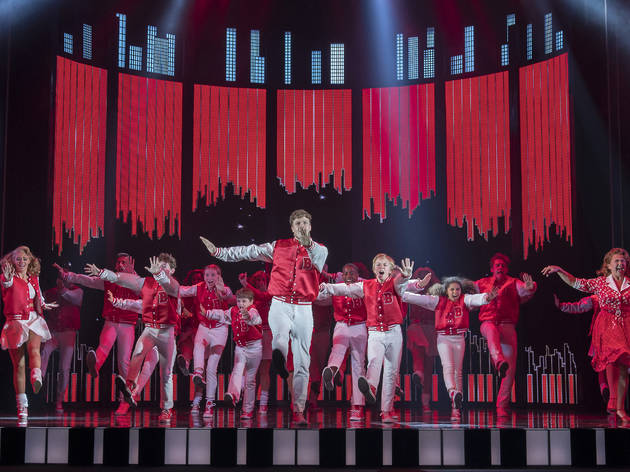 ‘Big the Musical’ is woefully adequate: ticking every box you’d expect for a big-budget stage adaptation of an ’80s screen comedy, but doing so with a can’t-be-arsed listlessness. It passes every basic requirement, but with a C-. It may be ‘Big’, but it is not clever.

David Shire and Richard Maltby Jr’s show dates all the way back to 1996 – just eight years after the Tom Hanks movie – when it flopped hard on Broadway, albeit with five Tony nominations to its name. Now, 23 years on, it finally hits the West End for a limited run in a Theatre Royal Plymouth production that’s been bubbling around for a couple of years now.

Anyway, you know the basic deal. Josh Baskin is a 12-year-old from the New Jersey suburbs who happens across a haunted arcade machine that asks him for his wish: he wishes to be a grown-up. The next morning he wakes up with the body of a 30-year-old man, freaks his mum out a bit, then rapidly stumbles into an improbably successful job working for a toy company, attracting the affections of his co-worker Susan on the way.

The single biggest problem with ‘Big’ is that it has almost no dramatic tension. After becoming an adult, Josh has a wonderful time, everything works out brilliantly for him, and he’s thoroughly untroubled by his situation. Where Tom Hanks persuasively pulled off the trick of seeming like an actual child careening wildly through the horror and wonder of his situation, Jay McGuiness’s Josh looks like an affable teddy bear whose strategy for making it through to the end is to keep his head down and look cuddly. It’s an extremely unexciting few hours.

Great songs might have helped it style its way out, but they’re largely unmemorable – only the pleasantly Sinatra-ish ‘Black Coffee’ left an impression. The choreography is restrained and unspectacular, and while Simon Higlett’s sets and Ian William Galloway’s projections are suitably brash and, uh, big, they’re boringly literal and lacking in magic.

Of all things, the saving grace is former Girls Aloud member Kimberley Walsh as Susan: she’s startlingly good, and funny, and brings a sort of extremely well-judged ingenue-ish quality to the role that somehow successfully navigated the potential ickiness of her burgeoning relationship with Josh.

But McGuinness lacks charisma, Matthew Kelly is too soft as his supposedly badass boss George, and it’s probably incumbent upon me to point out that not for the first time (see 2015’s ‘Elf’) Theatre Royal Plymouth has seen fit to present a large cast musical set in New York in which every adult member of the company is white.

‘Big the Musical’ is fine, in the sense that a meal is fine if it doesn’t give you food poisoning. But unless you’re an absolutely diehard Kimberley Walsh fan, there’s nothing special here for you – it’s musical theatre as empty, polished product.