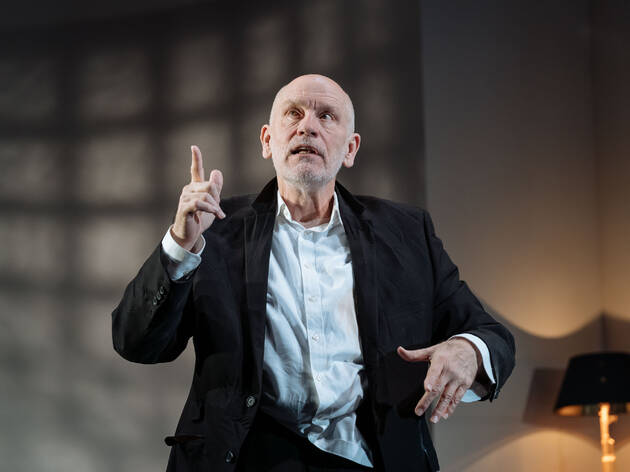 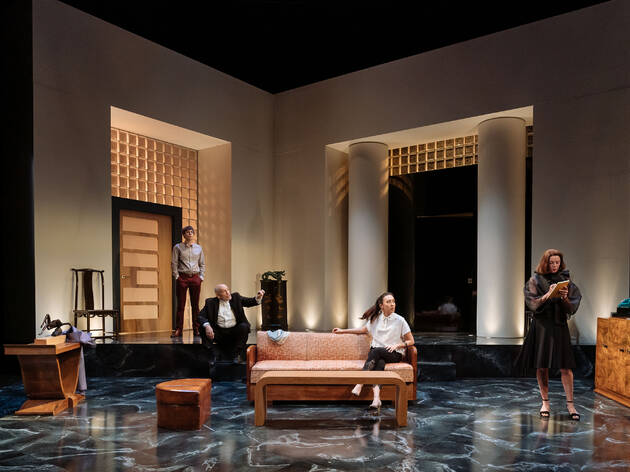 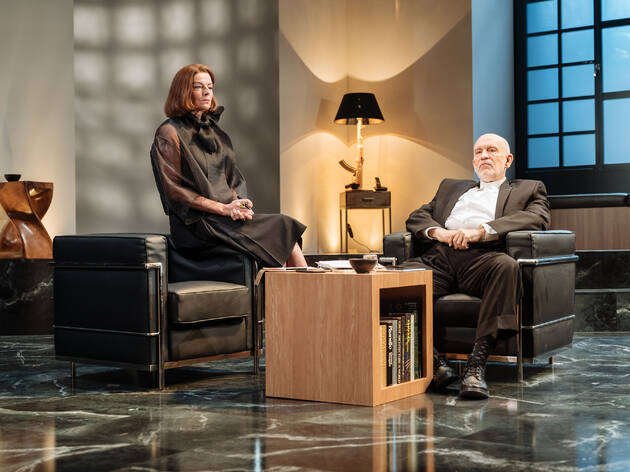 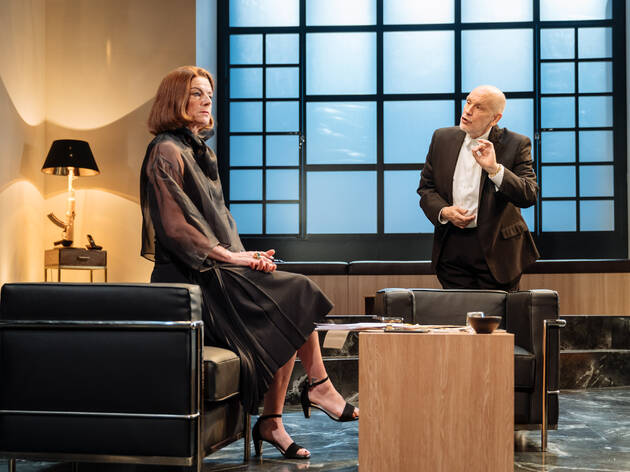 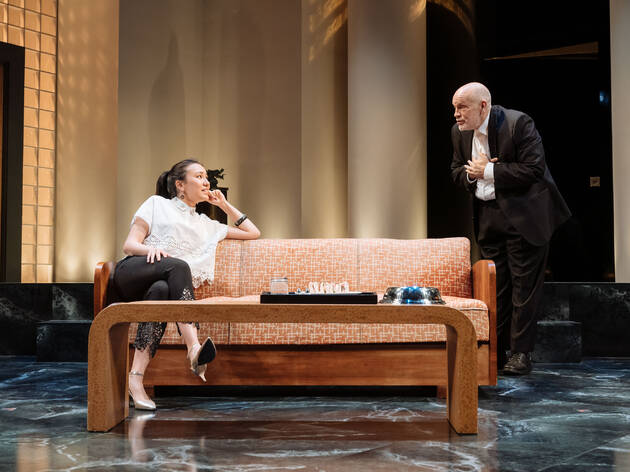 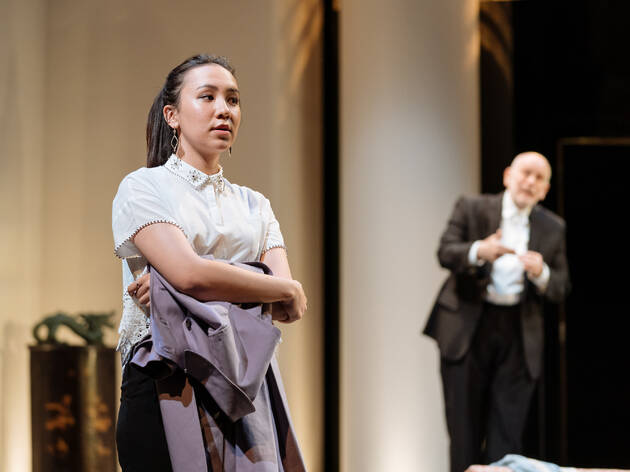 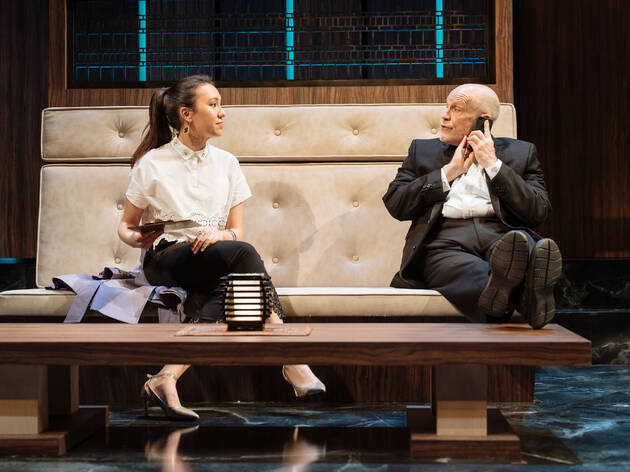 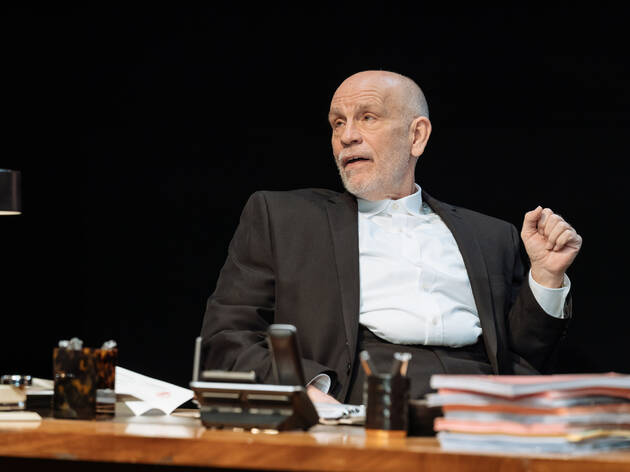 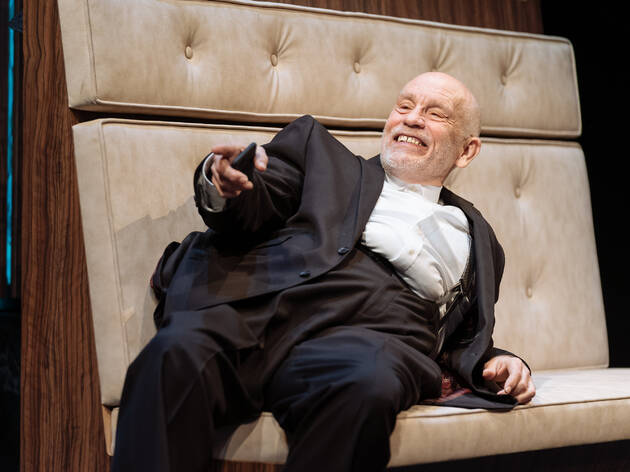 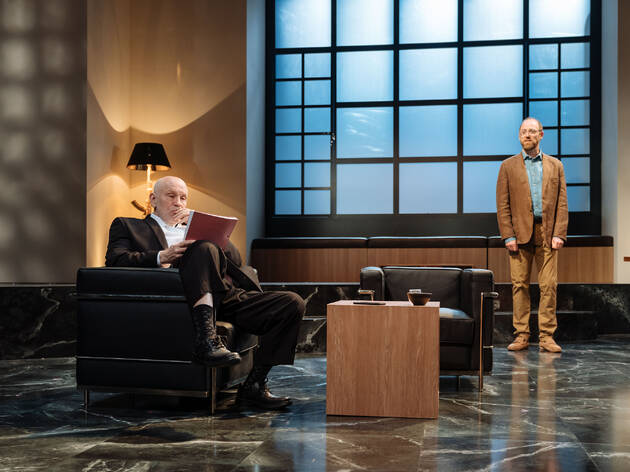 John Malkovich: ‘I can’t tell you what it is. You can tell me what it is’

Really, what is the point? Why stage this? I write with weariness, not anger. Because it’s all too tiresome, and too predictable. Turns out, nope, we really didn’t need a Harvey Weinstein play, written by a man and from a male perspective. The whole thing leaves you feeling… grubby.

David Mamet, once our prime chronicler of macho males and power struggles, has written a play about a movie mogul called Barney Fein. It is scathing and cynical – it doesn’t ask for sympathy for Fein. But it does ask that we listen to his story. It does ask that we re-hash all those harrowing #MeToo revelations for entertainment, that we re-stage these abuses of power again, laughing at them perhaps (although it’s not that funny) but hardly shedding any new light.

Incidentally, Fein’s film company is called Find a Light Films, because it sells schmaltzy Oscar-winning entertainments about triumph over adversity, so maybe there’s a Mamet mock in here of the idea of a serious, do-gooder #MeToo play. But we certainly don’t need this easy satire either.

John Malkovich has been tempted back to the West End to star in it, and although he plays Fein as wholly unpleasant, he’s not nuanced. Fein is a nasty piece of work all right – but Malkovich’s rantings are one-note, even monotonous. He’s in a fat suit, and Mamet – who also directs – makes many dispiriting attempts to wring laughs out of the fact that this character is overweight, as if that’s the key to taking down a Weinstein. Come on David, you can go higher than this.

We see the forgetful, repetitive Fein bullying writers, bullying his secretary, bullying his doctor. Then we see him make a very unwanted pass at a young actress of Korean heritage who actually hails from Kent – nonetheless a great chance for Mamet to give Fein some lamely ‘edgy’ racially stereotyping jokes about pandas and massages.

Its first half is broadly what you might expect, and kind of okay if you’re willing to overlook the relentlessly male viewpoint and total lack of subtlety. It has typical Mamet tropes: fast-paced, sarcastic exchanges with some zinging insults, revealing the hollow nature of Hollywood and ultimately pitting a smart young woman against the sleazy older man. But the extremely brief and sketchy second half is just bizarre.

We witness the downfall of the self-pitying, still self-aggrandising Fein – and then comes the revelation that his elderly mother has been gunned down by an illegal Syrian immigrant declaring ‘death to the Jews’. Rather than show a shred of sadness, Fein launches into a frantic, contorted defence of immigrants, in what is an unconvincing display of liberalism. Presumably, it’s a plot move designed simply to bait all the right-on liberals in the audience. Politically, it’s tiresome; theatrically, it’s loopy.

Maybe I’ll get accused of adhering to some kind of feminazi agenda, but the best things about ‘Bitter Wheat’ really are the women, even though their parts are thin. Recent graduate Ioanna Kimbook makes an impressive West End debut as Yung Kim Li, Fein’s prey – there’s no Mamet rug-pulling here, she really is a resilient individual with real integrity. What Kimbook really conveys, quite brilliantly, is that bright, polite performance of disarming charm that women have to do around intense, weird, old men – the softly-softly managing of a scary situation. Doon Mackichan is also commanding as Fein’s long-suffering but long-profiting secretary Sondra: she nails a compelling mix of scorn and pragmatism. She’s by far the most interesting character here, one with hints of actual conflict and complexity. Hopefully, someone will one day write her play, and we can all forget this one.