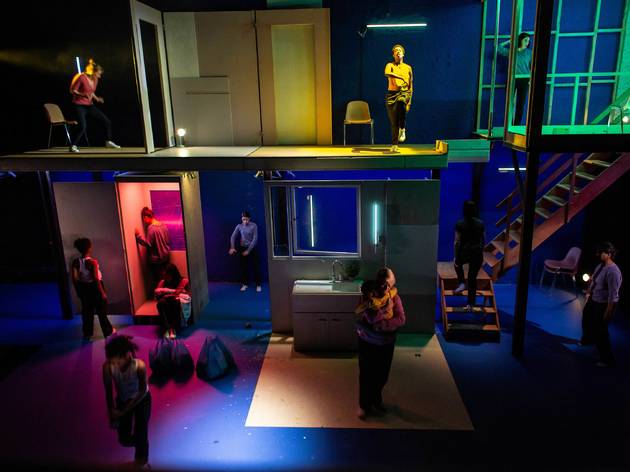 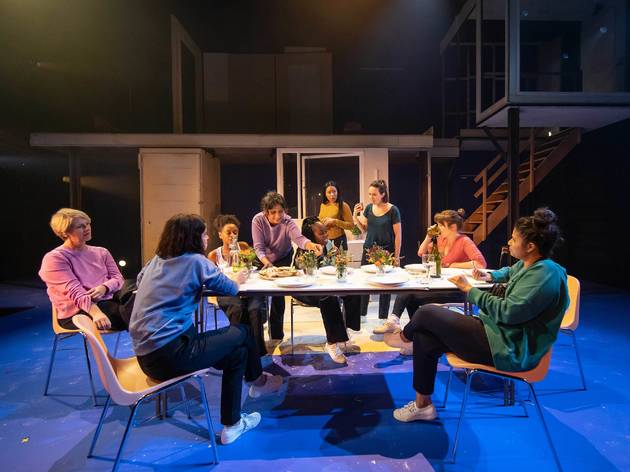 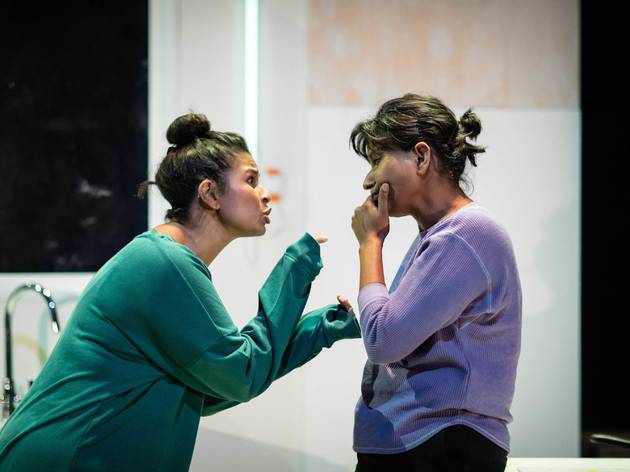 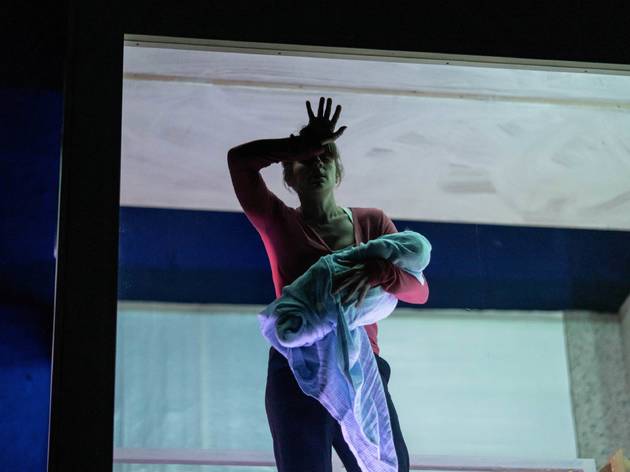 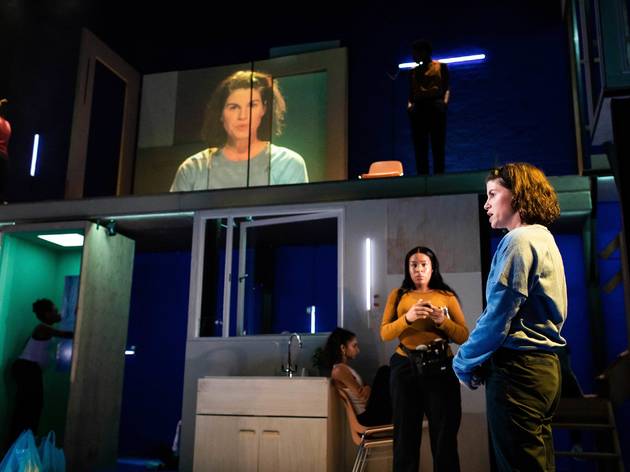 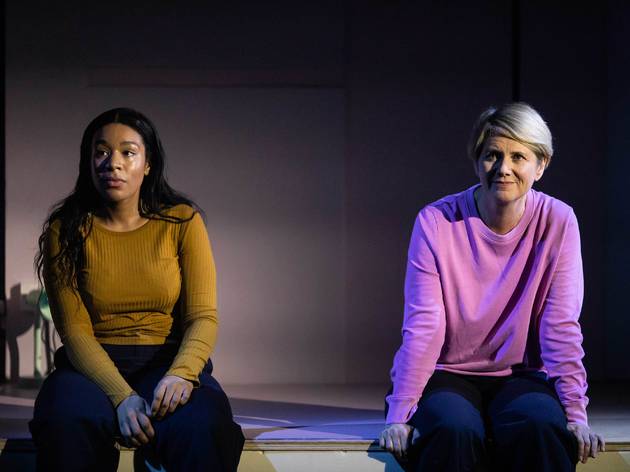 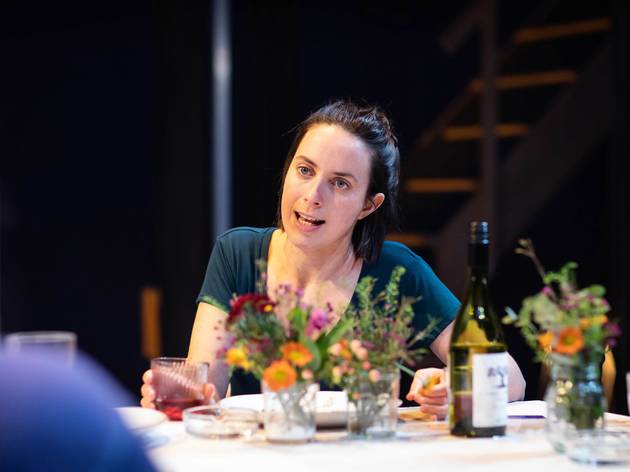 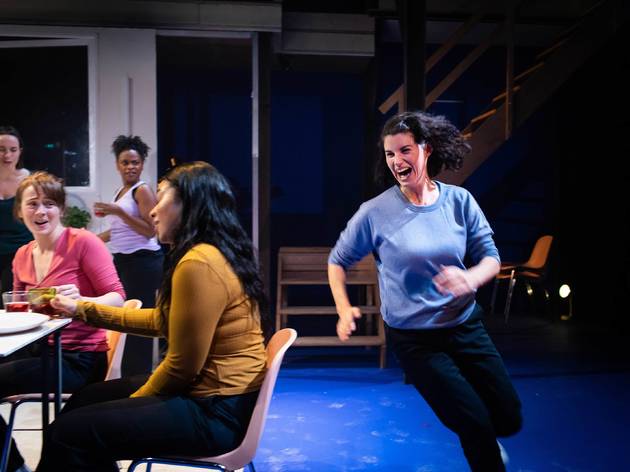 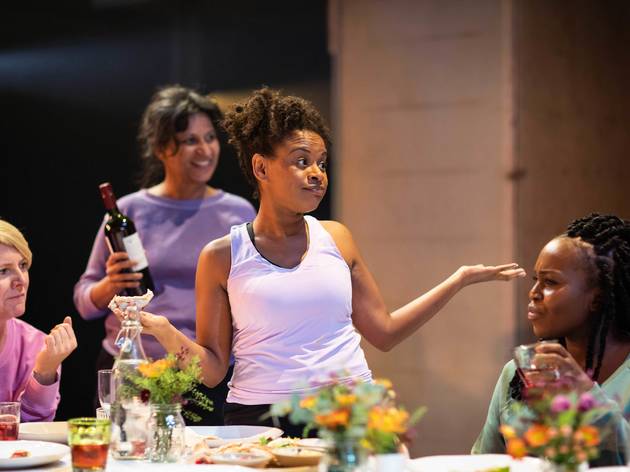 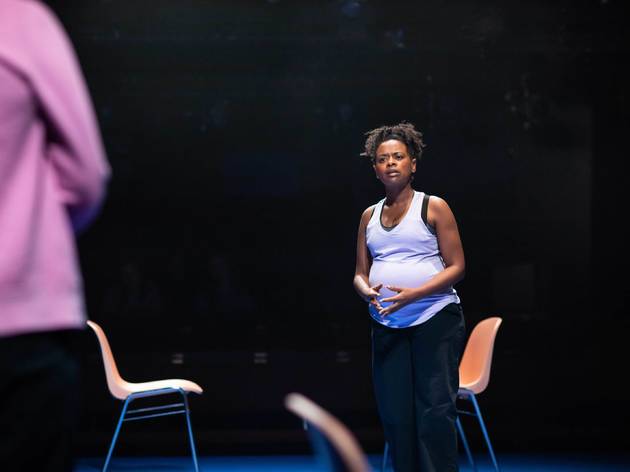 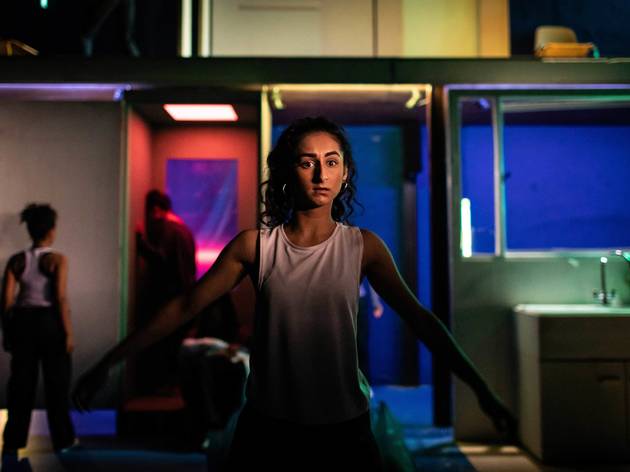 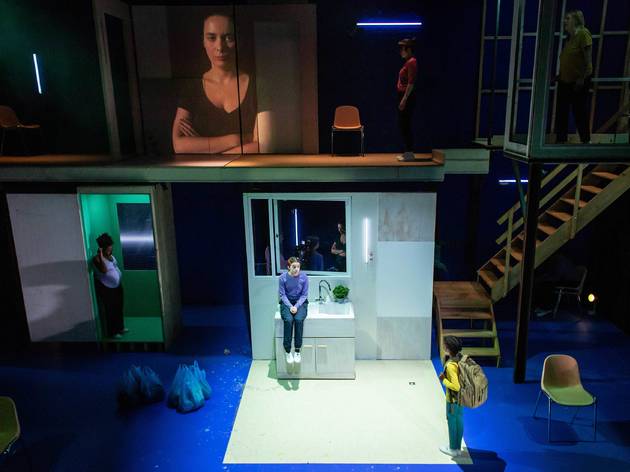 Alice Birch’s latest work ‘[Blank]’ is less of a play, more of a finely-shaded compendium of emotional pain. She’s written 100 scenes sparked by her work with Clean Break, a theatre company that works with women who’ve experience of the criminal justice system. And she’s then taken a step back, inviting everyone from school students to professional directors to stage them in whatever form and order they see fit. It’s a powerful gesture, miles away from the stereotype of the neurotic writer who meticulously places every last word. It’s also a pretty seductive invite for an auteur director like Maria Aberg, who’s turned 27 unrelated scenes into a Donmar production that’s as stark and uncompromising as they come.

The stage feels like a mortuary or a purgatorial dreamscape – all monochrome shades, hard surfaces and flashes of film footage that magnify a child’s boredom or a women’s wrinkling brow. There’s a huge cast of women of all ages – they linger in corners, rocking or staring, as each scene plays out. Birch’s writing is mesmerising, emotionally astute, lyrical without being pretentious or stretching plausibility. A whole life breaks out from a five-minute interaction between a woman and her despairing mother; and there are a lot of mother-daughter pairings here. Bundles are frantically rocked, grown daughters come crashing through windows in search of cash for their next fix, mothers are rejected in turn by the children they abandoned. There’s a violent urgency to the giving and needing of love and support, to the places where it falls short – in one moving scene, Jemima Rooper plays a police officer who tries to tell a woman her daughter is dead, and ends up caught up in her own obsessive narrative, her own tragedy.

What there isn’t always, though, is warmth. Aberg has chosen to make her staging of [Blank] climax with a kind of archetypally horrible middle-class dinner party. A wittily-sketched gaggle of women dine on labneh and fattoush, inviting their urbane cocaine dealers to tuck in while the Deliveroo driver gets left outside waiting. Then, they’re confronted with a working-class woman who’s furious at them for having what she’s been denied, and for their lazy declarations that people born into poverty don’t have autonomy, don’t still have choices to make. It’s a scene that shouts what the rest of the play has been whispering – it feels too easy.

Combined with a brutal ending, it also means that there’s something fatalistic about this combination of scenes; wanting to help is automatically morally suspect, offers of love and care are to be feared and resisted. It’s miles away from the expansive, playful world of Clean Break’s last large scale show of ‘Inside Bitch’, which put a bunch of women who’d experienced prison on stage and let them tackle stereotypes head-on. But it’s got its own kind of pull. Its cast shift between roles like ghosts, their unstable identities asking questions about whether we choose our lives, and how we can fight back against them.