Orlando Bloom begins our interview by asking if we can cut ten minutes off the allotted time and refusing to shake my hand (something about a cold going around).

I find it hard to hold this against him, given I am pretty sure he spends the entire chat expecting me to ask him something dreadful about his love life. The LA-based Brit is back on home ground to work: he’s starring in a West End revival of US playwright Tracy Letts’s bleak, bloody, Texas-set thriller ‘Killer Joe’, in the title role as a cop who moonlights as a contract killer.

‘When I first read it I was like: Whoooooa!’ exclaims the Canterbury-born actor. ‘At first glance I think Joe seems like the devil, the bringer of punishment and pain, misogynistic, a powerful force that brings a reckoning on a family. It’s very heavy and I wasn’t sure if I wanted to do it.’

And heavy isn’t what this 41-year-old dad is known for. He made his name in enormo movie franchises ‘The Lord of the Rings’ and ‘Pirates of the Caribbean’, and though he may have passed the pinnacle of his celebrity, the web is currently rife with speculation over whether he’s back with ex-girlfriend Katy Perry, while recent interviews all seem to involve him being confronted with the mortifying 2016 incident when he was papped paddleboarding naked. It must be a drag, and he frostily parries questions that even tangentially relate to his personal life; he practically runs out of the room when I ask him what he thought of the Pope (whom he recently met with Perry).

He is happier chatting about theatre. Screen success happened so early that ‘Killer’ Joe Cooper is only his third stage role. In 2007 he won solid notices for his West End debut in the gritty, Yorkshire-set ‘In Celebration’.

‘It was hard for me,’ he admits. ‘It didn’t play to some of my strengths, I was feeling quite a lot of pressure, I was right out of “Pirates of the Caribbean”, I felt the thing of being very visible.’

In 2013 he did ‘Romeo and Juliet’ on Broadway. He confounded cynics and got strong reviews. ‘I wasn’t sure: was I too old? But actually I don’t think I’d have been able to do Romeo justice before then. I don’t think I’d have understood that he’s lovesick in the way that he is – the way he kills himself, it’s about the madness of love, not the joy of love.’

And now ‘Killer Joe’. Bloom initially bats away my question on why he’s been cast and suggests I should ask the director, but then relents. ‘I asked Simon [Evans, the director]: “Why me?” ’ he says. ‘And he said my energy wasn’t obvious for this, but he thought I could go to a dark place and still have some humanity within me. If this felt like a gratuitous take, I would be disappointed.’

Following Bloom’s terse riposte to my Pope query (‘I think he’s a good Pope. Don’t you think he’s a good Pope?’), I bump into him a few minutes later and he’s a changed man: enthusiastic and improbably complimentary about the interview. Perhaps, having expected something cringey about Perry, he feels guilty about his defensiveness – to the point that he gives me an actual hug! (I am happy to report I have yet to go down with a cold).

Orlando Bloom just wants to let his work do the talking – if we listen, we might just be impressed. 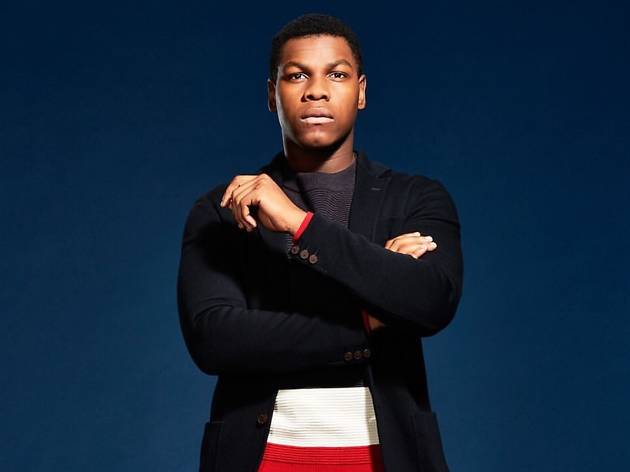