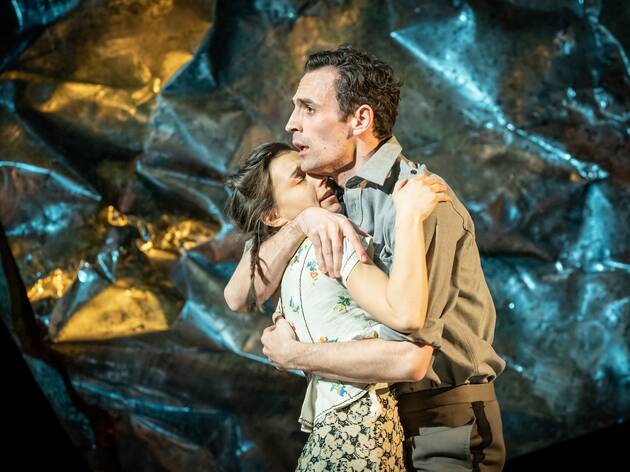 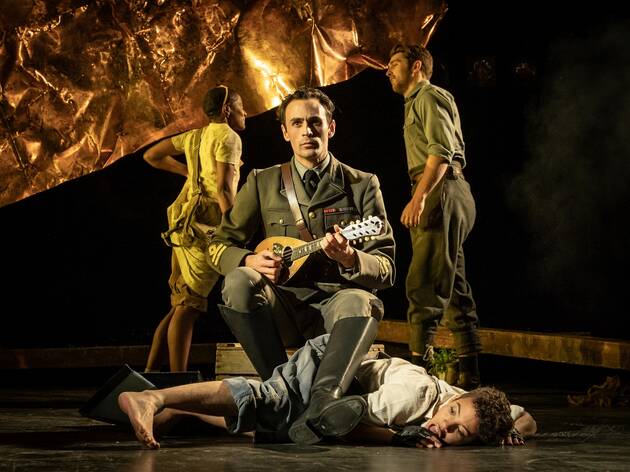 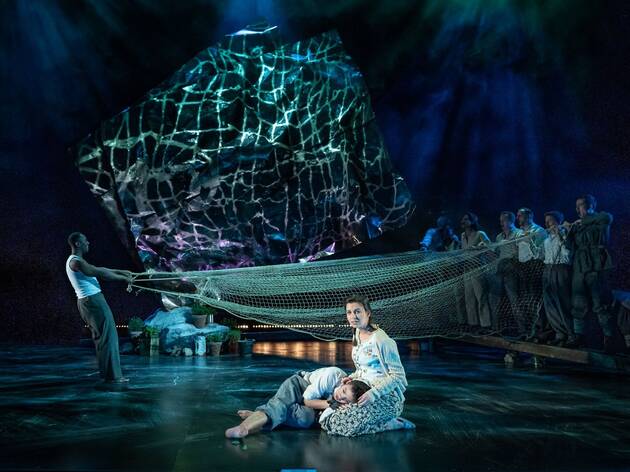 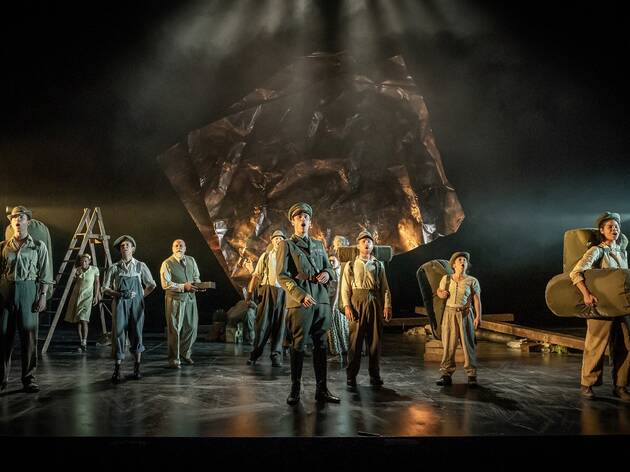 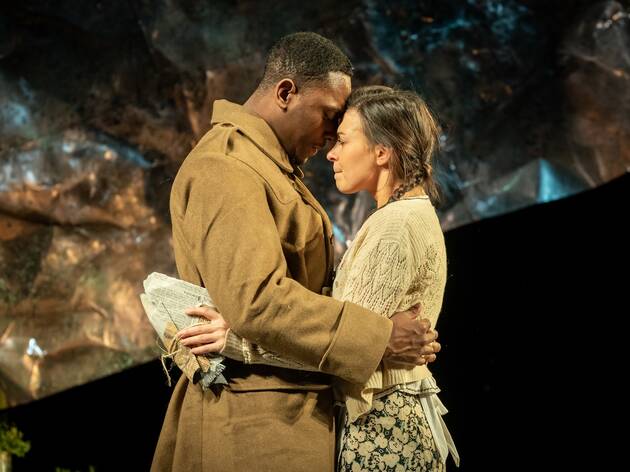 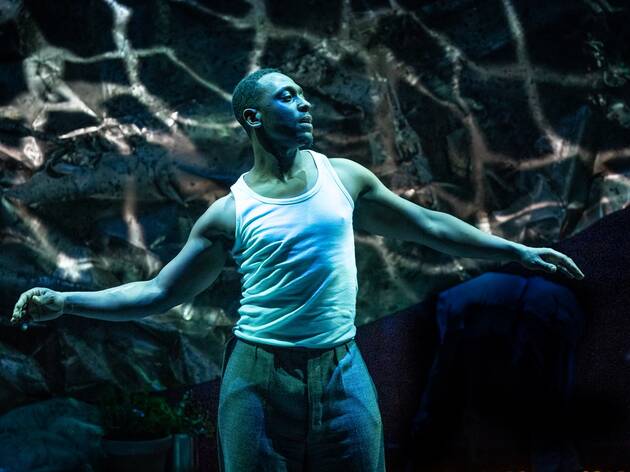 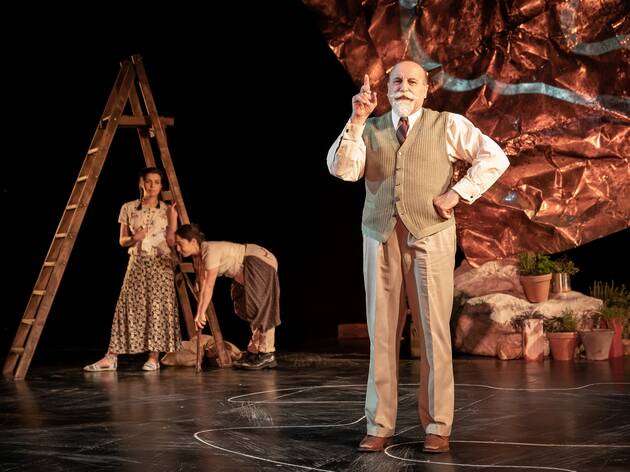 This review is from the Rose Theatre Kingston. ‘Captain Corelli’s Mandolin’ transfers to the Harold Pinter Theatre.

In any case it is 2019 and here finally is a stage version - by Rona Munro - and it’s good. More than good: Melly Still’s production is heartfelt, inventive, kinetic and requisitely whimsical. For starters, two members of the cast spend the bulk of their night respectively playing a goat (Luisa Guerreiro) and a pine marten (Elizabeth Mary Williams). They belong to Iannis, a philosophy-spouting Greek doctor living on the island of Cephalonia during WW2, alongside his daughter Pelagia (Madison Clare). Far too much happens to allow for a realist set, but Mayou Trikerioti’s abstract one is beautiful, two enormous sheets of crumpled metal hanging high in the rafters, looking at once like a map of the island and an impression of the sea around it, shifting from silver to bronze under Malcolm Rippeth’s lights.

Ambitiously, Munro takes a stab at compressing the entire hefty book into a relatively svelte two-and-a-half-hours. Certainly anyone scarred by the deviations of the film will appreciate the fidelity. But really the story is too big to contain here, and the character who really suffers is the eponymous officer and musical prodigy. Part of the occupying Italian forces on the island, Alex Mugnaioni’s Corelli doesn’t even appear as a character until the end of the first half. Consequently, his relationship with Pelagia doesn’t have anything like the weight it does in the book - it’s just one of many, many incidents, and it robs the story of a massive amount of its weight and poignancy.

Still, as efforts go this is beyond valiant and if doesn’t have the weight of the book, it’s still a rich and ambitious piece of theatre.