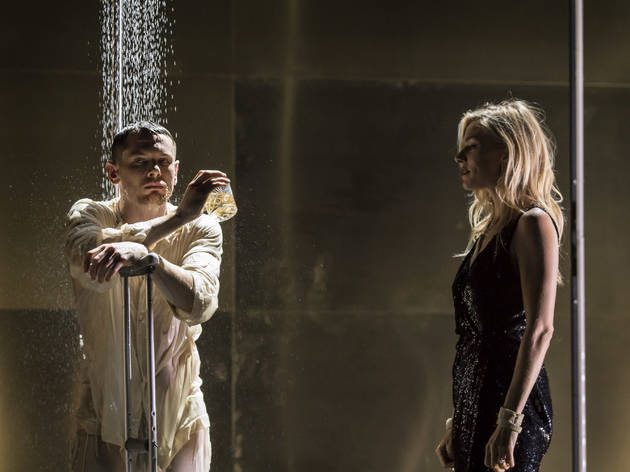 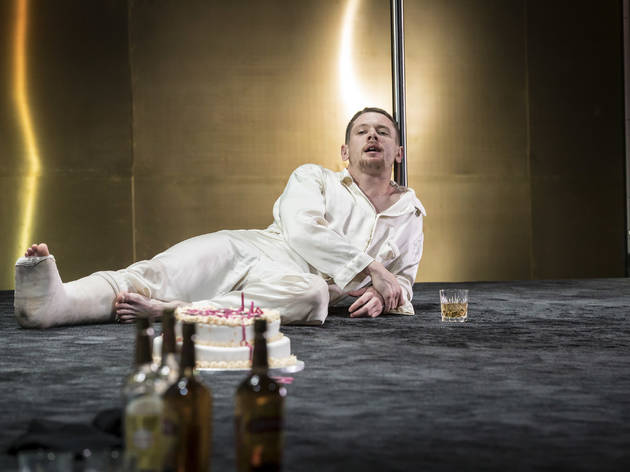 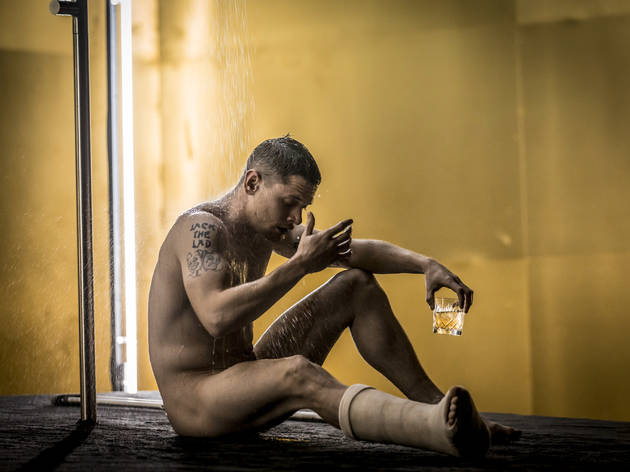 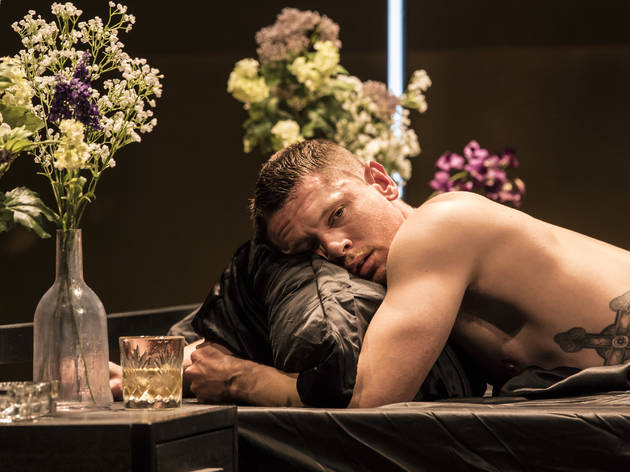 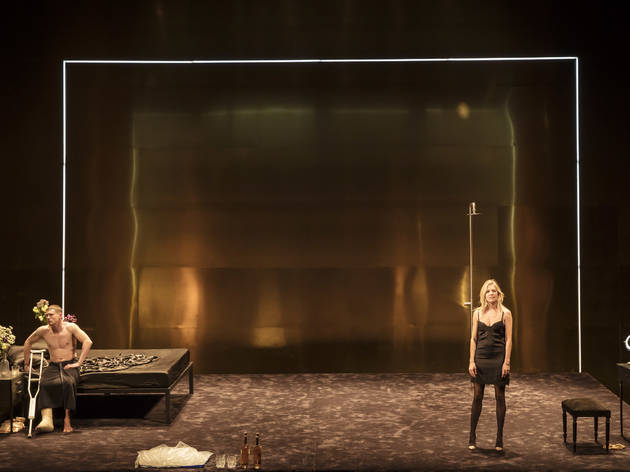 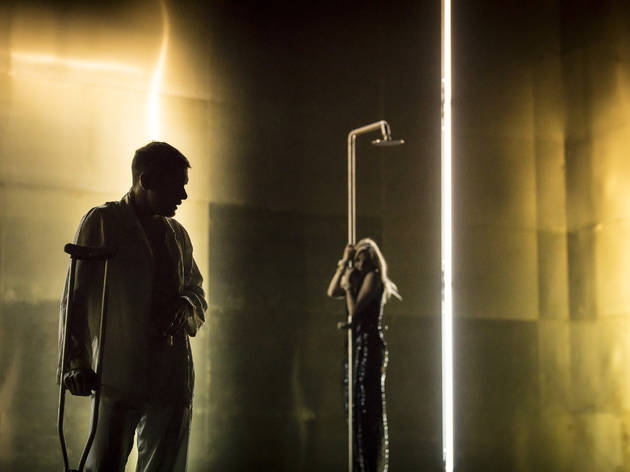 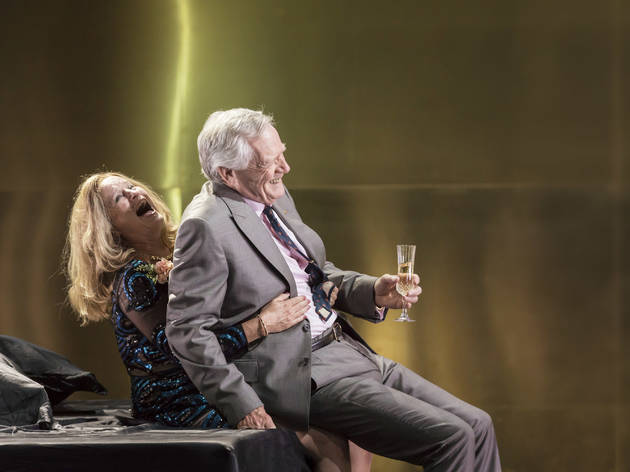 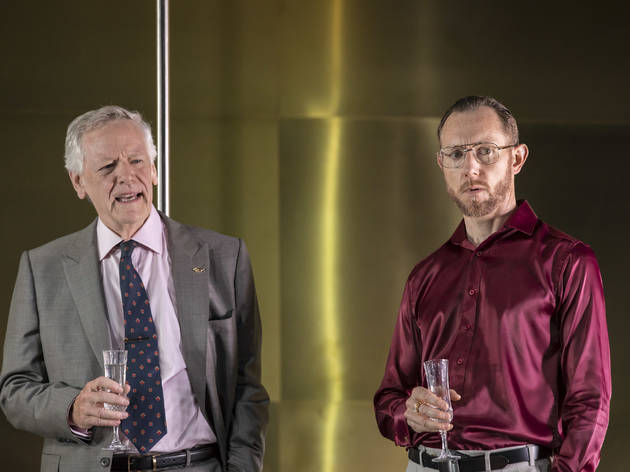 Sienna Miller, Jack O'Connell and Colm Meaney star in this evocative but muddled take on the Tennessee Williams classic

Though it begins and ends with an extremely clear view of actor Jack O’Connell’s penis, this take on Tennessee Williams’s classic play from Aussie star director Benedict Andrews is a less edgy affair than one might hope.

Andrews’s UK reputation is built on a pair of plays he directed for the Young Vic: his phenomenal 2012 take on Chekhov’s ‘Three Sisters’, and his solid 2014 stab at Williams’s ‘A Streetcar Named Desire’. ‘Cat on a Hot Tin Roof’ is also a Young Vic production, though it’s gone straight to the West End rather than calling in at the mother ship first.

One reason for that, I’m sure, is that O’Connell’s co-star is the properly famous Sienna Miller, who plays Maggie, the loquacious, frustrated wife to his booze-sodden Brick, damaged scion to a wealthy, dysfunctional Southern family.

An actor whose fame has always somewhat overshadowed her abilities, a lot is asked of Miller during the long first scene, a two-hander between Maggie and Brick in which virtually all the lines are hers. There is a blowsy warmth and bigness of spirit to Miller’s Maggie: her care – not to mention desire – for Brick is obvious, and her long, gossipy speeches are animated with a winsome charisma. Whether or not this entirely tallies with the character is debatable: it’s hard to really square this charming Maggie with the woman who slept with Brick’s best friend Skipper out of jealousy at their closeness – there’s a lack of complexity. (Having raised the spectre of O’Connell’s todger I should probably also mention that Miller takes off all her clothes too – if you’re planning on taking a GCSE class you can’t say you weren’t warned).

Opposite her, young actor O’Connell’s busy screen career hasn’t a lot of time for stage work, and it kind of shows. The booze-sodden, guilt-stricken Brick is a tricky part because he has the most stage time but relatively few lines. O’Connell doesn’t really have the oomph to make sitting around being silently anguished look as compelling as it might.

Andrews’s prior Young Vic productions had a clarity of vision that felt grounded in the sets, as much as anything. Here everything happens in a sort of sleek black space that looks like a funeral parlour, surrounded by dull gold walls – I wonder if Magda Willi’s design is supposed to suggest that life is a sort of grandiose tomb for Brick and his dysfunctional family. There are some beautiful moments, especially towards the end: a sort of quiet, unsettling chaos as the family starts to tear itself apart under the apocalyptic fireworks of patriarch Big Daddy’s birthday celebrations (stunningly lit by Jon Clark, with a fidgety jazz score by Gareth Fry).

The longer second half is much stronger. The production kicks into gear, and Miller and O’Connell are backed up by some much more accomplished actors: Hayley Squires is scene-stealingly unrecognisable from her turn in ‘I, Daniel Blake’ as Brick’s awful sister-in-law Mae. And Colm Meaney’s Big Daddy is fierce and complicated, his rich man’s unpleasantness tempered by a genuine love of poor Brick – their scene together is O’Connell’s strongest.

Andrews is a gutsy choice for a West End show, and the results are more interesting than if it was just some journeyman Brit director, but it doesn’t seem like his natural environment. Certainly there’s none of the brilliant irreverence that surged through his ‘Three Sisters’ – the nudity feels a bit portentous, if I’m honest – and Miller and O’Connell are, to be frank, limited leads. Nice ideas and some moments of magic but it all adds up to an interesting mediocrity.