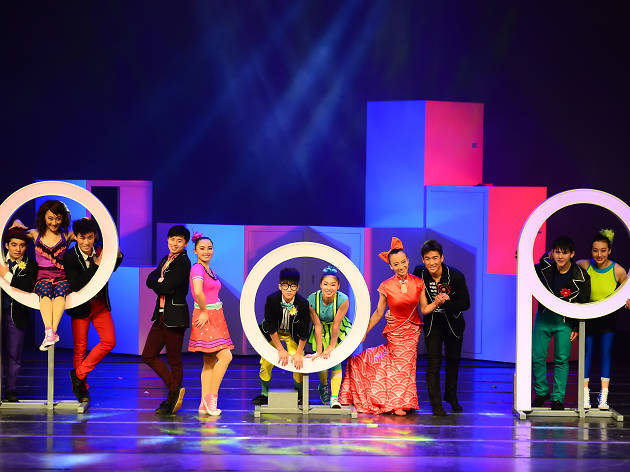 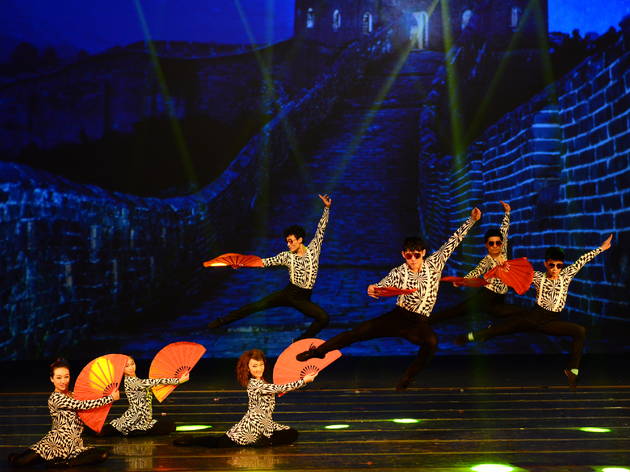 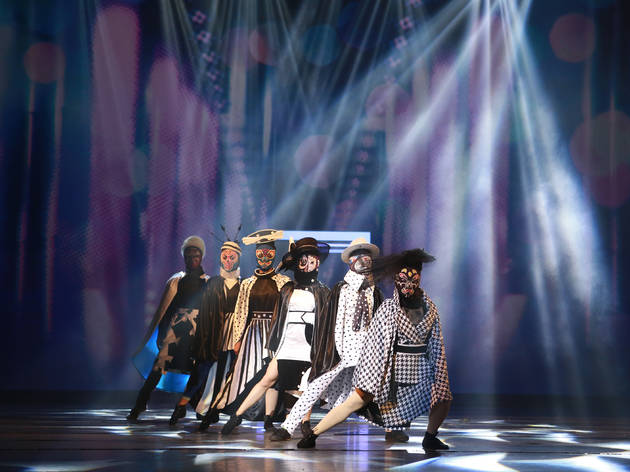 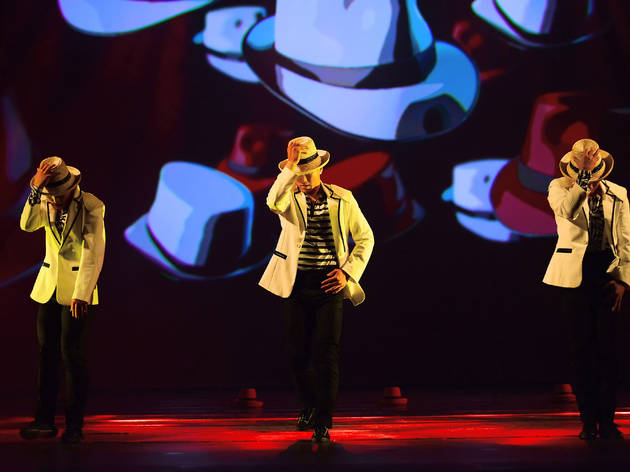 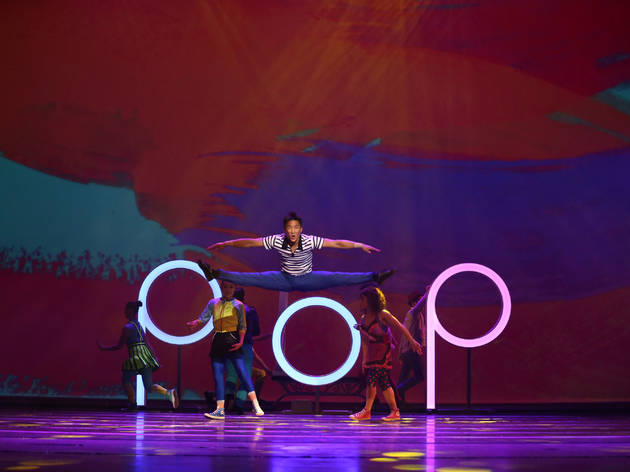 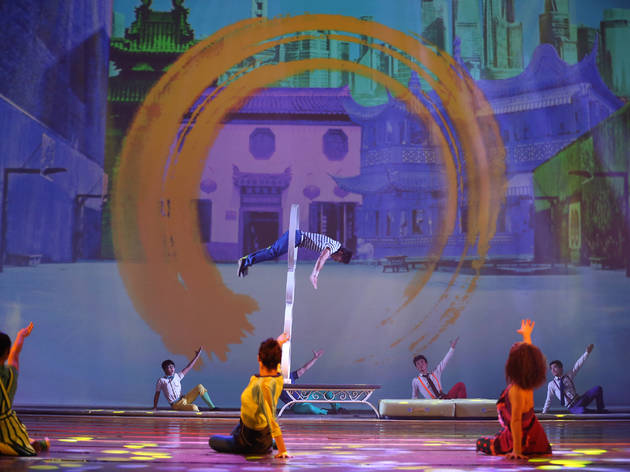 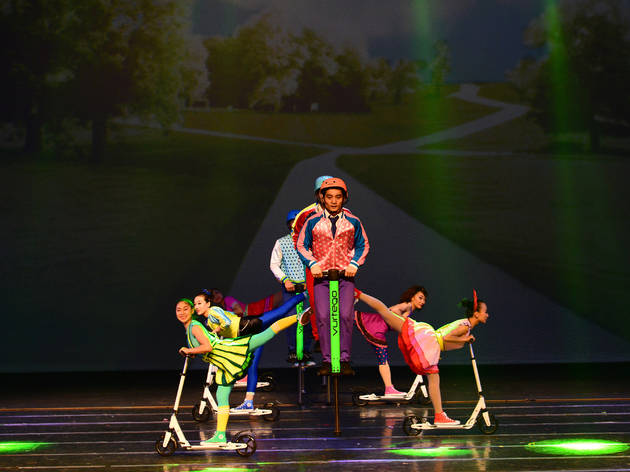 Guo Quinlong and Zhang Xu (third couple from left) are two of the finest young acrobats in all of China. Since tweenhood, they’ve lived and learned in the country's acrobatics academies, and on stage I see them performing stunts with their bodies that I swear constitute witchcraft. Guo is so good at what he does that his Shandong Acrobatic Troupe actually had him recalled from Las Vegas – where he was performing in Cirque du Soleil’s Michael Jackson show – in order to put him in its new show, 'China Goes Pop!' which is heading to the Edinburgh Fringe the week. They’re also a couple, which is just lovely.

Anyway, I have flown 5,000 miles to the 38-degree heat of the eastern Chinese city of Jinan, in order to accidentally let it slip to them that it’ll probably be cold and wet for their entire stay in Scotland.

‘Oh my God,’ says Guo – in English – after double checking with the translator that I really said what I said. ‘Cold? In the summer? You’re sure?’ asks Zhang. When the interview ends, I’m pretty sure they think I’m joking. They’ll learn.

The Edinburgh Festival Fringe enters its seventieth edition this week; read the previews in any given publication and and you’ll no doubt see some the same names popping up again and again, most of them clustered around just two venues: the edgy Summerhall and the venerable Traverse Theatre.

There are excellent reasons for this, but it’s instructive to remember that the Fringe didn’t get to be the biggest festival in the entire world by solely catering to theatre hipsters, and that there will be huge shows that will barely be written about, yet enjoyed by thousands.

It’s curiosity about this that leads to me accepting the slightly ridiculous invitation to come out to Jinan – effectively for the weekend – in order to see a rough cut of ‘China Goes Pop!’. An extravaganza – there’s really no other word for it – helmed by US director Shanda Sawyer, and produced by the heavyweight Broadway Asia (US) and China Arts and Entertainment Group (China), it combines staggering traditional Chinese acrobatic feats with a cheery Western aesthetic, blaring pop music and pop art-bright visuals, plus a cutesy love story that sees Guo’s protagonist get into a series of acrobatics-related hijinks in an effort to win over Zhang’s love interest.

It is tremendous fun, will play in one of the biggest venues of the entire festival – the Assembly Hall – and will accumulate relatively few column inches. And maybe that’s fine – it doesn’t need them – but it’s fascinating to meet its modest stars and hear about their lives so different from those lived by your typical Brit Fringe act. Zhang joined the academy at the age of six because she ‘loved dancing and thought acrobatics was a type of dancing; when I found out it wasn’t I stayed, even though it was incredibly hard’. Guo ‘was a naughty boy whose parents sent me to kung fu school to get some discipline, and the academy picked me from there’.

They are hilariously blasé about the astonishing physical feats required by the show, but nervous about the fact they’re actually required to act – not something they’re taught in the academy. But they do a fine job in grounding their superhuman leaps and dives in sweet, light comedy and palpable human warmth. They’re about to have the adventure of their lifetimes. I just hope they pack jumpers.

See our picks of the Edinburgh Fringe 2017 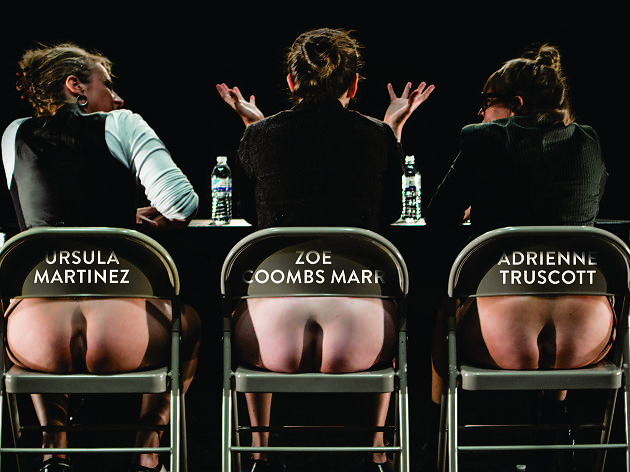 Boasting over 50,000 performances in over 300 venues, the Edinburgh Festival Fringe will once again be the talk of the arts world this summer. For three weeks in August, the Scottish capital becomes home to comedy giants, serious thespians, hilarious first-timers - and a bunch of genuine weirdos - all putting on shows left, right and centre.