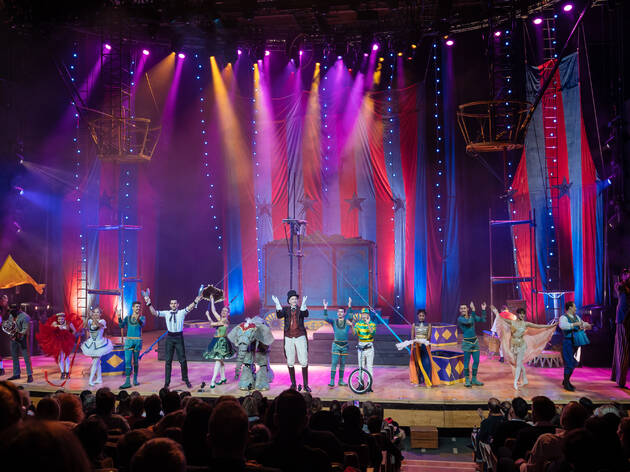 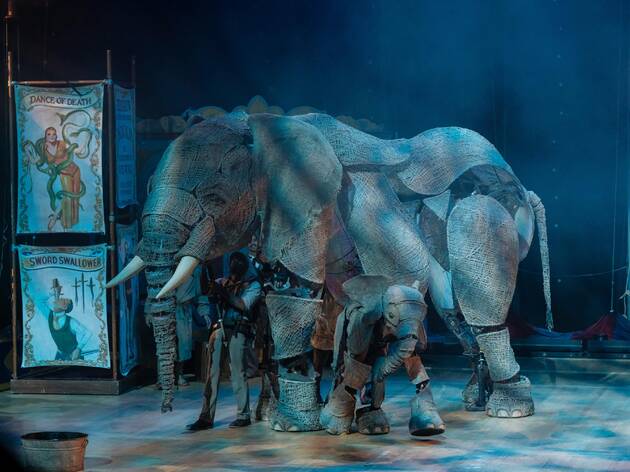 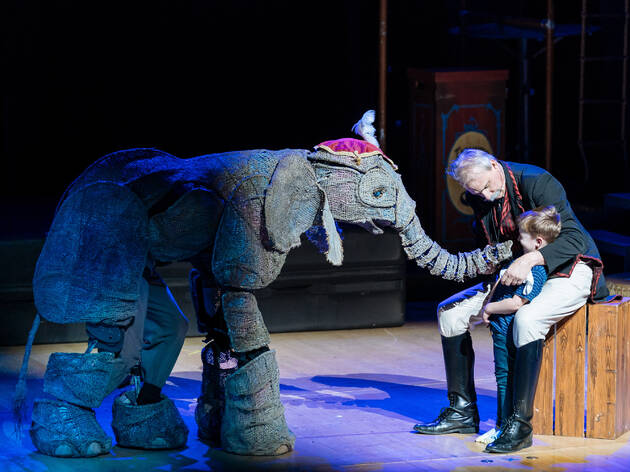 We’re in a mini golden age of contemporary circus, with companies like Circa and Gandini Juggling injecting wit, ice-cool aesthetics and even (gasp!) feminism into a centuries-old genre. There’s none of that nonsense in this uber-trad homage to Barnum & Bailey-era,‘The Greatest Showman’-style spectacle. Yup, real elephants have been replaced by (rather overbilled) two giant puppets by the ‘War Horse’ guys. But otherwise, pretty much the only artistic boundaries pushed by this circus-with-all-the-trimmings are how much fun you can have at a small kid’s expense without them bursting into tears. Ringmaster David Williamson’s audience-participation scenes are some of the night’s most memorable, bringing young audience members on stage only to pop a pink elephant-shaped balloon inches from their faces (it gets magically reincarnated, of course) or to menace them with an apparently fearsome raccoon puppet.

He’s an engaging host for this night of classic circus, supplementing the kid-tormenting with patter about magic and the supremacy of death-defying skill. And the show’s first scenes do a lot to suck you into the mood of a 1903 circus, with gorgeously attired performers tumbling across the stage and building a huge tent in scenes that feel a bit like the more atmospheric bits of ‘Dumbo’. But ‘Circus 1903’ quickly settles down into something much more straightforward, and periodically a bit dull. The acts are firmly old-school: baton-juggling, tightrope-walking, contortionism, the works. They’re hugely technically impressive, but they don’t have the creativity or wit of modern acts. And for an exercise in travelling back in time, this show does weirdly little to introduce us to its world, to regale us with even a little of the messy, fascinating history of the American mega-circus.

It’s also got a constant undercurrent of low-key, old-school sexism: there are endless cringey off-colour jokes, and the female performers do a lot of looking fabulous and fawning over the men, with no vintage-style strongwomen in evidence. The most twenty-first-century touch comes when the two giant, surprisingly lifelike, elephant puppets finally come ambling across the stage. Okay, they’re not anything like as pivotal to the show as its pachyderm-pushing posters suggest. But it’s still a moment of pure magic that, for all the showman’s guff about the enchantment of the circus, is often lacking elswhere.