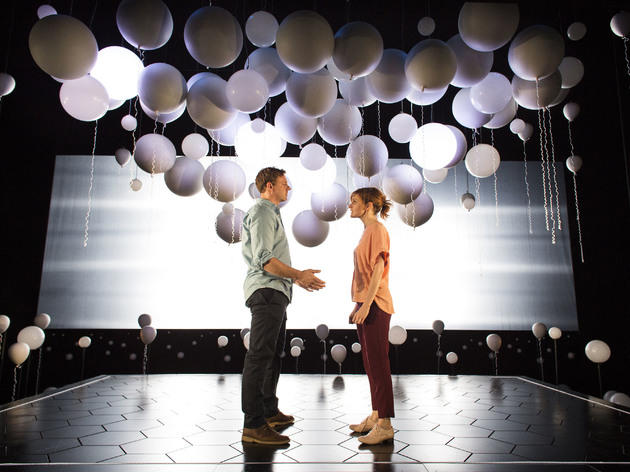 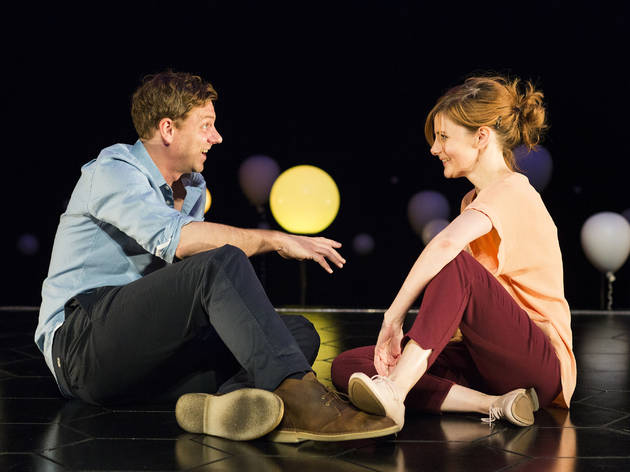 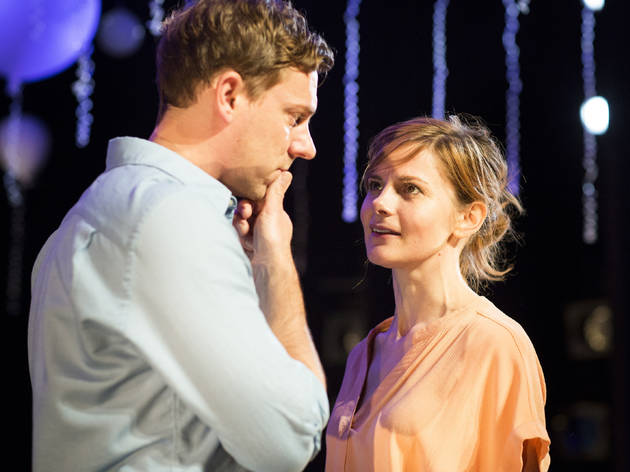 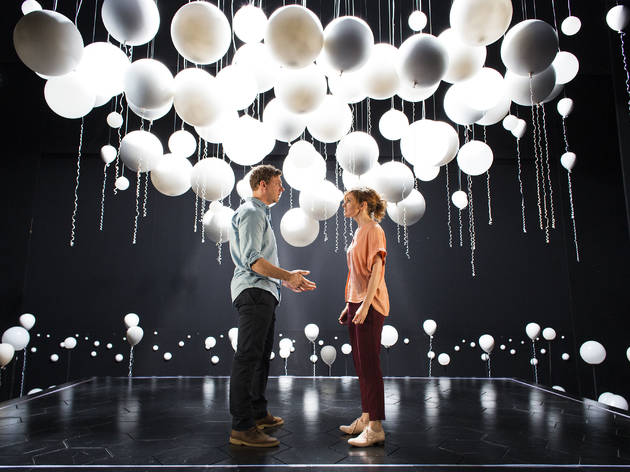 There’s probably a universe somewhere – in fact there’s technically probably an infinity of universes - in which Nick Payne’s audacious multi-dimensional tragicomedy ‘Constellations’ simply didn’t turn out right. Director Michael Longhurst never worked out how to turn Payne’s script – which sees key moments in the lives of beekeeper Roland and scientist Marianne play out across a multitude of possible outcomes in a multitude of possible realities – into a fast-paced, bittersweet avant-romcom. Designer Tom Scutt never hit upon his striking, strangely moving idea of designing a set that’s nothing but fragile white balloons. And they were never lucky enough to score Rafe Spall and Sally Hawkins as the original stars, propelling this modestly leftfield show all the way to the West End.

This, however, is not that universe, and though Spall and Hawkins are now gone, the play and the production remain wonderful, and it’s great to have this – barely altered – touring edition pop into London for a month-long-run.

New leads Joe Armstrong and Louise Brealey are not the big stars that their predecessors were, and perhaps consequently offer earthier performances. I don’t believe I know any beekeepers, and suspect they’re not a bunch you can stereotype, but the blokey, awkward Armstrong fills the Roland role more believably than Spall did – there’s also a greater sense of the differences between him and Marianne, and consequently the unlikeliness of a universe in which the two of them became a couple. And the nerdy Brealey is a much more plausible scientist than the otherworldly Hawkins.

That said, it’s not a naturalistic production and the original leads chimed better with its air of swooping, stylised romance; it feels a little grittier now, but somehow a touch more conventional too. But let’s not disparage two excellent performances: Brealey in particular is superb and the play loses none of its power as the infinite possibilities start to converge upon one horribly inescapable outcome. If you’re not crying by the end in this reality, you will be in most of the others.