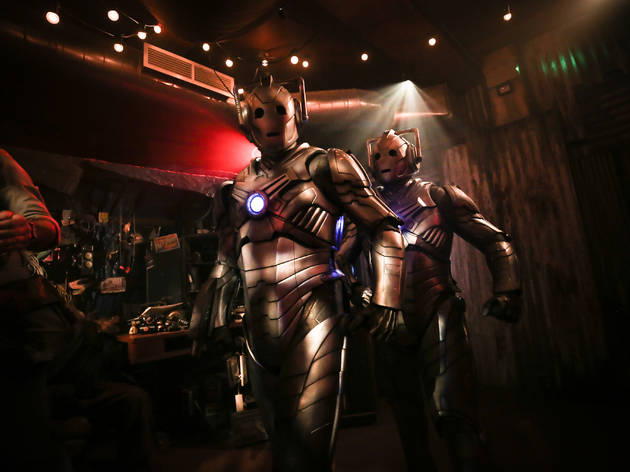 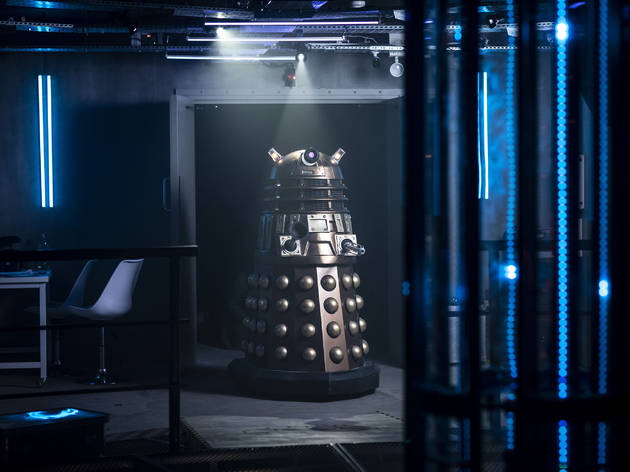 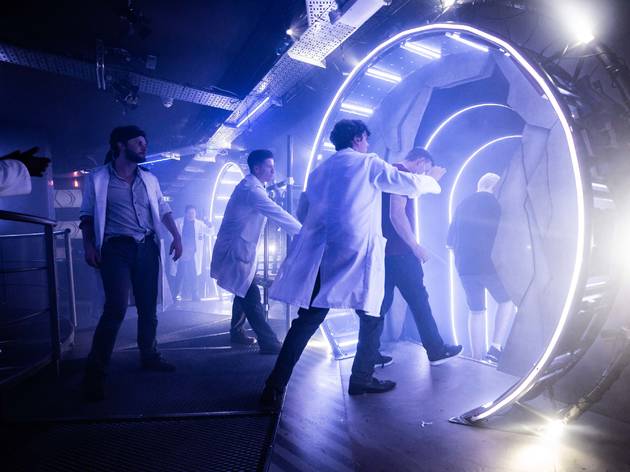 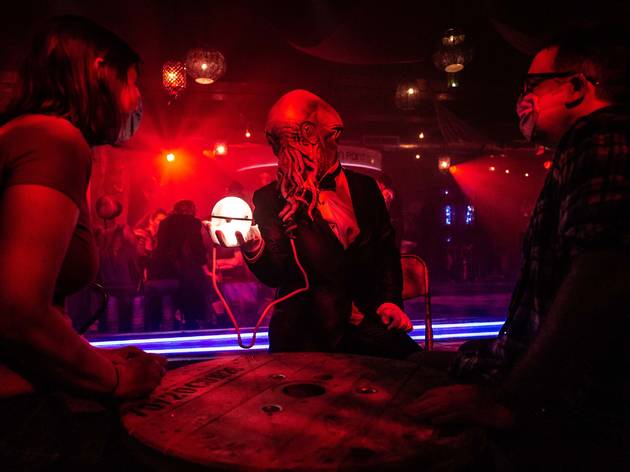 4/5
Photo by Mark SeniorBrian the Ood 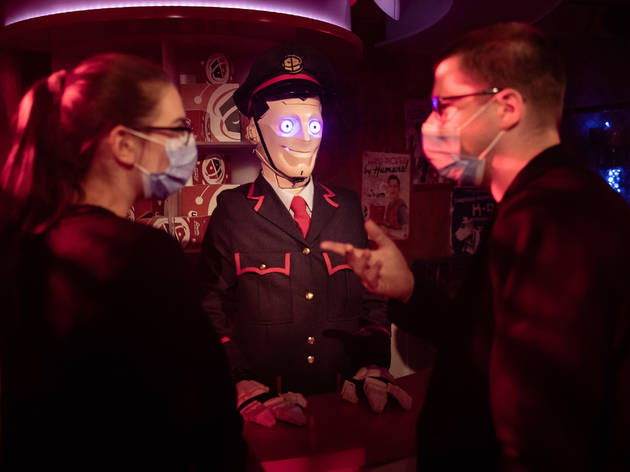 This immersive ‘Doctor Who’ adventure is hardly out of this world, but it’s a fun themed night out

Combining sundry English obsessions including the Blitz, heavy drinking, and, of course, beloved time-hopping sci-fi serial ‘Doctor Who’, ‘Time Fracture’ is a major new London immersive theatre show that provides a fairly neat encapsulation of the highs and lows of the genre.

Highs: it is a big-hearted and enthusiastic tribute to its source material, and as a sort of souped-up ‘Doctor Who’-themed night out it is uncomplicated good fun, with a couple of decent scares.

Lows: your ability to follow the plot will wildly depend upon which encounters you’re sent on, there’s a frustrating lack of real agency, and as with most large-scale immersive theatre not made by Punchdrunk, there is a distinct feeling that Punchdrunk would have done it better (not least because they literally did make a ‘Doctor Who’ show back in 2011 that was in fact better).

To offer only a very mild spoiler, the plot sees us cast as volunteers who have been recruited by the Doctor to stop a ‘time bomb’ from destroying reality. It was dropped on London in 1942 during the Blitz, but didn’t explode. But now the time of its detonation is approaching, causing reality to break down – and we have to sort it out.

We go on a… fairly leisurely adventure, which involves a series of enthusiastic Gallifreyan guides pointing us in the direction of various bits of timey wimey hijinks – a couple of encounters with figures from European history, a bit of mooching around with aliens… at the end of the day we know the universe isn’t really about to end and the show knows we know the universe isn’t about to end, so really it’s just a question of pottering about and soaking it all up. Plus: drinking! There are three bars, one of which we’re effectively locked into for about half an hour.

There are also pre-recorded contributions from the various incarnations of the Doctor – some the original actor, some not – although much of this feels like box-ticking. A typically game Jodie Whittaker has the most substantial part, performed to camera, and there’s a bit from David Bradley as the First Doctor, but everyone else is just a couple of lines of voice work. John Barrowman recorded a section as Captain Jack that was cut following recent revelations about his behaviour on set during his time on the show – as far as I can tell it hasn’t been replaced with anything, and while I’m not quibbling with the decision, ‘Time Fracture’ may have been conceived in a more coherent form. In general, it feels like Daniel Dingsdale’s script could have been substantially tighter without changing the essence of the show.

Secret Cinema veteran Tom Maller’s production is basically quite charming, though as it wore on I found its lack of both urgency and agency increasingly frustrating. At one point I wound up chatting at the bar with somebody who I knew full well wanted to blow up the entire universe. But what was I supposed to do? Fight them? If there’s one thing I’ve learned in this job, it’s that fisticuffs are a no-no in the theatre. I just meekly nodded along through our brief interaction, safe in the knowledge that everything would probably sort itself out just fine without me really doing anything beyond drinking my extremely strong blue cocktail.

‘Time Fracture’ is from the makers of the successful ‘Great Gatsby’ immersive show, and in essence, both of them are themed parties before they are works of drams. My problem is that while ‘Gatsby’ barely pretends to have a plot, ‘Time Fracture’ talks far too big, and the pleasant, ambling experience you actually get is a letdown if you take the premise even remotely seriously. But for Whovians looking for a (non-canon) night of cocktails and Cybermen, it’s undoubtedly going to hit the spot.