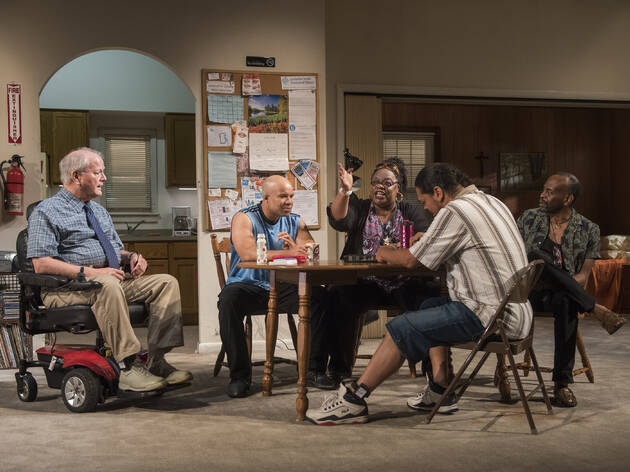 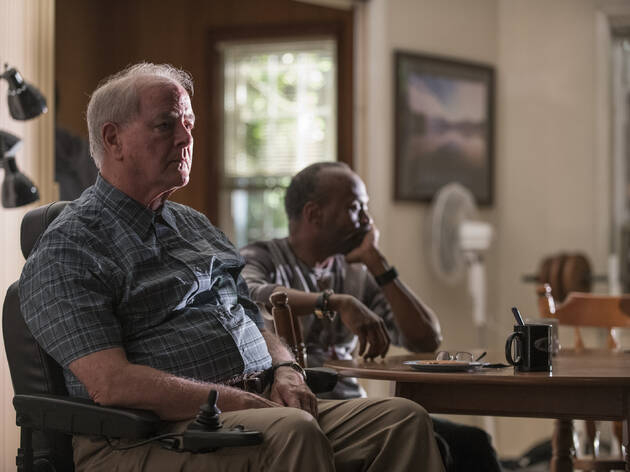 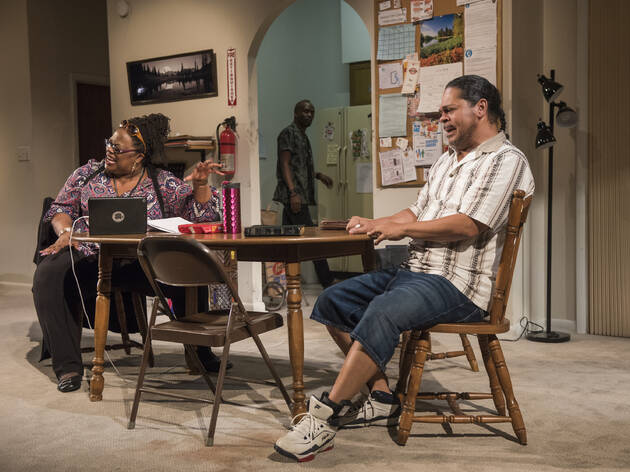 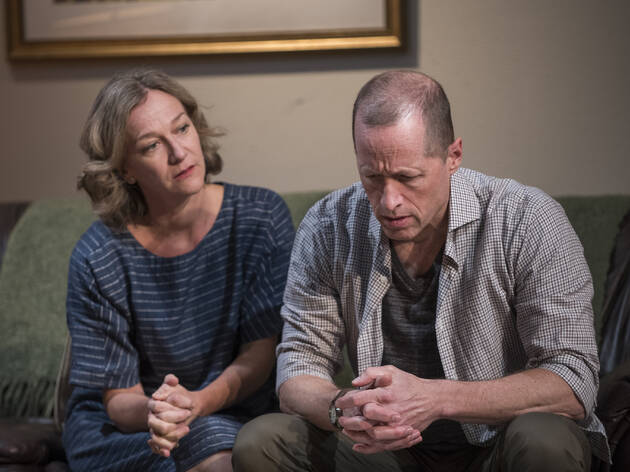 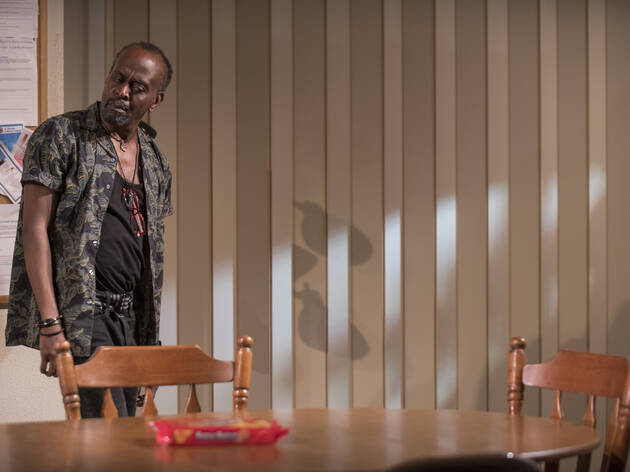 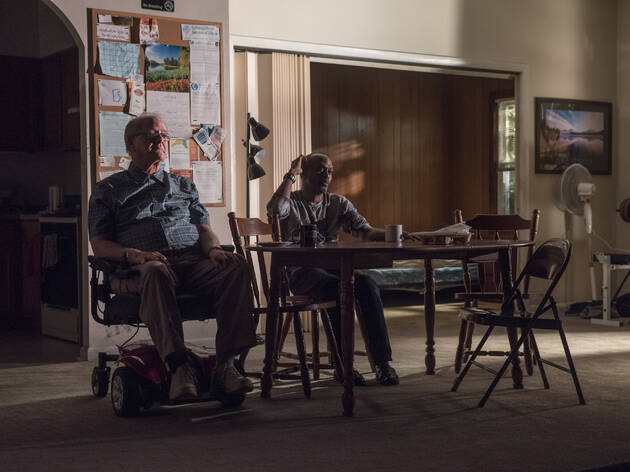 I was a liiiittle apprehensive when it was announced that for his next trick US provocateur Bruce Norris – he of caustic race relations drama ‘Clybourne Park’ – would write a drama about a group of convicted sex offenders.

In fact, the subject matter seems to have brought out the best in the oft-glib Norris. ‘Downstate’ is a very, very knotty drama which takes a deeply ambivalent but ultimately sensitive look at the lives and motivations of its four sex-offender protagonists. There are jokes, but they’re not in (excessively) poor taste. Instead, Norris and director Pam MacKinnon – the show is a co-production with Chicago’s legendary Steppenwolf Theatre Company – approach the main characters with a kind of caustic tenderness.

Fred (Francis Guinan), Dee (K Todd Freeman), Gio (Glenn Davis) and Felix (Eddie Torres) are on the Illinois sex offenders’ register, for a range of offences which are revealed as the show wears on. Unable to go anywhere near schools or places where children gather, they live in a government-owned home way downstate – Chicago is out – where they are heavily monitored, most directly by Cecilia Noble’s perma-pissed-off police officer Ivy.

The quartet are a diverse bunch in terms of age, race and sexuality. All that really unites them is their gender and their overweening self-pity. And sometimes it’s difficult to entirely disagree. Davis’s pugnacious, motormouthed Gio may be a bit of a dick, but his actual offence – as he tells it – would appear to be relatively socially acceptable. The other three are incrementally less so, but there are serious shades of grey here.

‘Downstate’ points out that sex offenders are human beings too. It is not saying this to be provocative; it is saying that to simply dismiss fellow human beings as ‘monsters’ is to wilfully wash our hands of something that should be everyone’s responsibility. As the programme note from Roger Lancaster explains, these sorts of exclusion orders have been proved to be completely useless in stopping reoffending; they are gesture politics.

So yes, Norris does make us feel something for the waspish Dee, whose offence is probably more offensive than Gio’s but is not as offensive as Fred’s, and certainly not as offensive as Felix’s. But then, there is something ultimately difficult to hate about Torres’s Felix: he is pathetic, a ruin of a man just trying to live his life quietly.

If anyone comes close to monsterhood, it’s Guinan’s wheelchair-bound Fred. He sounds folksy and gentle, but no matter how benign his language is, there is something horrifying about the way he won’t stop talking intrusively when Andy (Tim Hopper), a troubled man he abused as a boy, comes round to the house in a confused effort to get some closure.

The plot of ‘Downstate’ loosely revolves around events set in motion by Andy’s visit. While Norris isn’t afraid to have some dark chuckles with the inherent awkwardness and absurdity of the situation and its endless banalities, I never felt he was being un-serious about the gravity of the crimes committed. Andy is perhaps more of a device than a character, which is a shame, but I don’t think the play ever belittles him.

If Norris humanises these men, that’s only because they are human, and to understand they’re human is to understand they are products of our society, that we can’t just give up on them. Norris doesn’t ask us to have empathy, but he does make a case for sympathy.