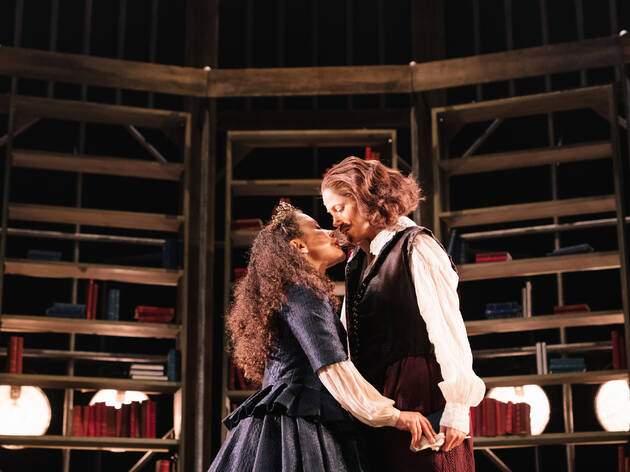 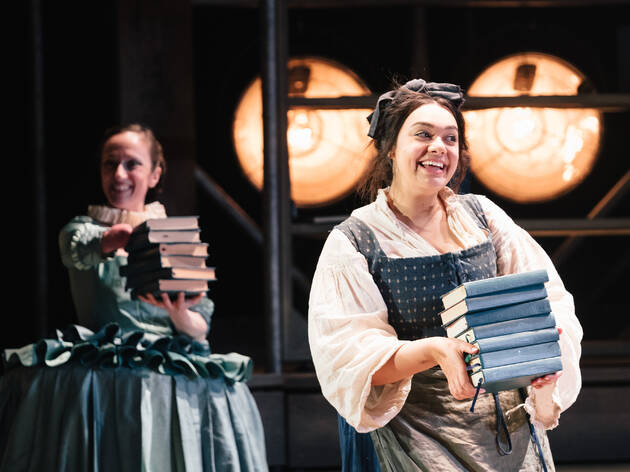 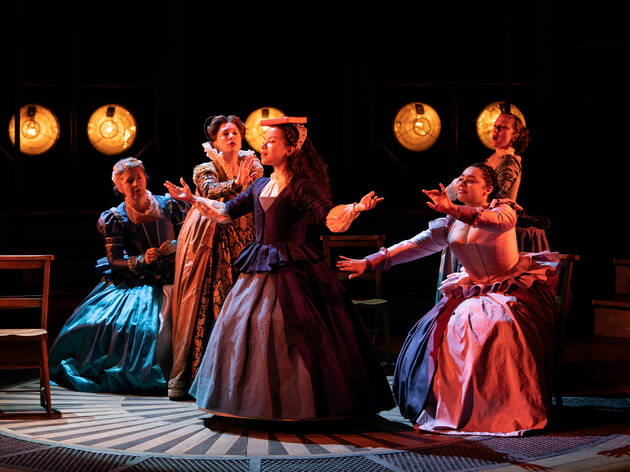 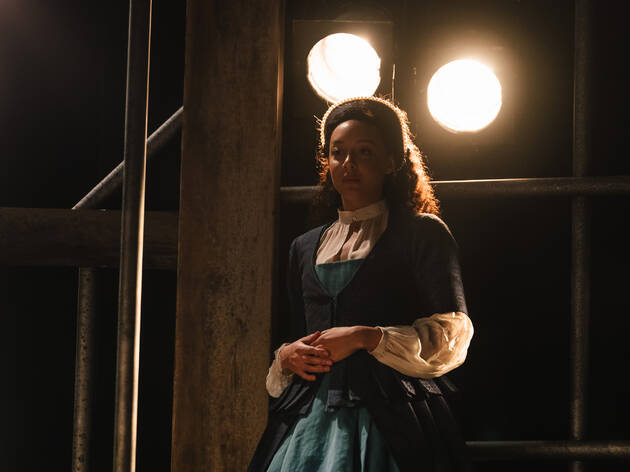 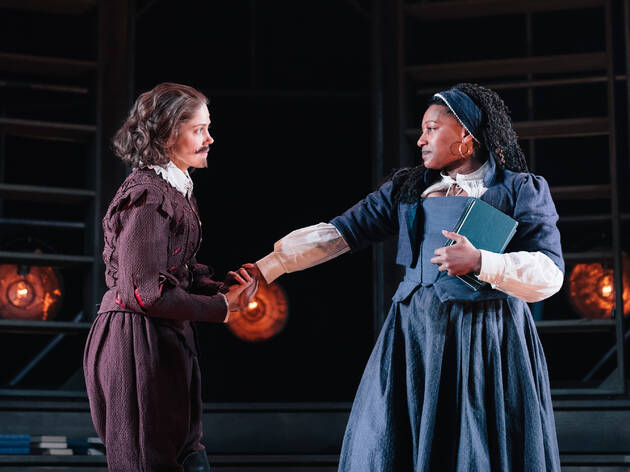 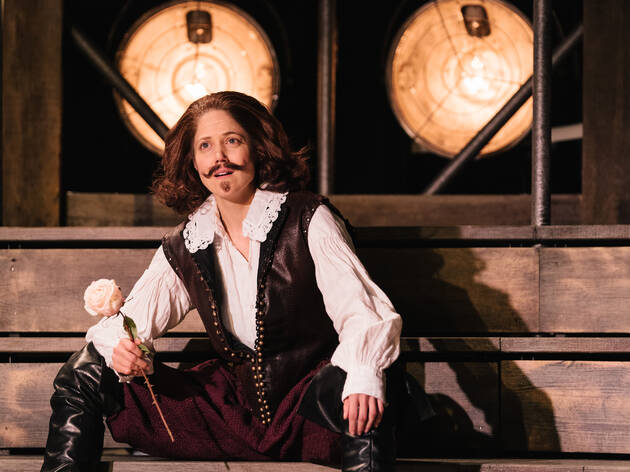 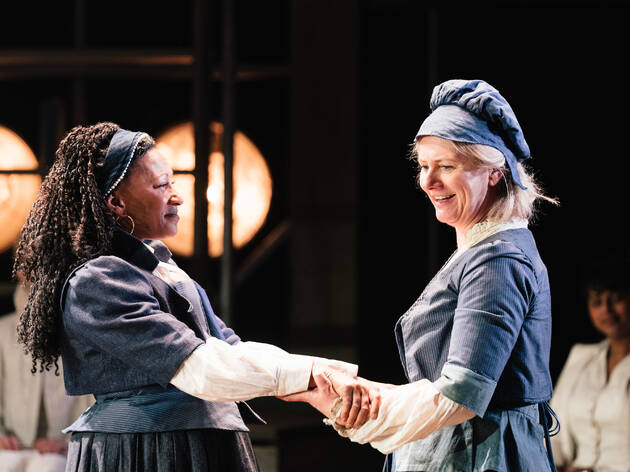 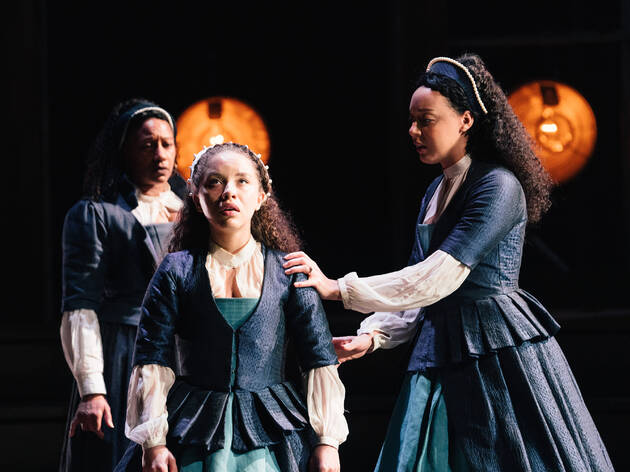 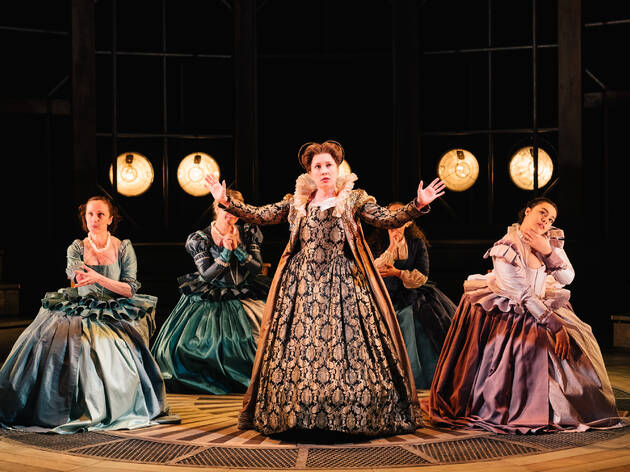 This feminist romp through the life of forgotten poet Emilia Bassano is unsubtle, but undeniably fun

Transferring from the Globe, Morgan Lloyd Malcolm’s play about the seventeenth-century poet Emilia Bassano Lanier has already been widely heralded as ‘rousing’ – and it certainly is that. It rouses the audience right to their feet. They whoop and cheer the barnstorming feminist speeches, and literally boo the bad oppressive men.

It is incredibly heartening to hear unabashed feminist rhetoric, spoken by a diverse all-female cast, in a commercial theatre space. And Lloyd Malcolm has uncovered a cracking historical character: Emilia was one of the first published female poets, and a possible candidate for the ‘Dark Lady’ of Shakespeare’s sonnets. She provides a clear way in for discussing the centuries-long silencing of women, the oppression they have faced – and still face today. And you’re never far from a totally topical line, the mix of past and present underlined by Lloyd Malcolm’s use of cheerfully anachronistic slangy contemporary phrases.

It can be really fun; this is a gently meta-theatrical and very jolly historical romp of a show, in the mould of ‘Nell Gwyn’ or ‘Shakespeare in Love’. The winkingly modern perspective on the nonsense men spouted and women were expected to put up with is frequently amusing. But the writing and delivery can also be dreadfully on the nose. Our problems are not the same as those of women 400 years ago. It makes the feminist arguments broad and, well, pretty basic.

Emilia is too often a cipher rather than a living breathing character. She feels like a strong, flawless, cut-out fantasy of ‘the feminist heroine we need today!’ but not really a person. Almost every action or aspect of her character seems to have been invented to illustrate some trope of twenty-first-century relatable hashtag feminism. Here are lines about women being taught not to ‘take up space’; here are digs at mansplaining. Lines about the rise of anti-immigration feeling (Emilia was an Italian, possibly of North African descent) sound like they’re delivered through a megaphone marked ‘contemporary relevance’. Maybe I’m overthinking this, but there’s something slightly itchy and uncomfy about resurrecting a forgotten figure only to make her serve our own agenda.

I wanted the play to be suppler, and to show rather than tell. Even speeches that hit the mark in both centuries – as when Lloyd Malcolm skewers the exoticisation of women of colour, or writes so beautifully about the cost of becoming a mother to women’s sense of self – are often proclaimed rather than embodied.

Nicole Charles’s brash, rather cartoonish direction exacerbates all this, but there are places where that approach works. Women playing all the male characters proves an excellent way to prick and deflate their power; and this cast, having a fine time thrusting codpieces and twirling moustaches, also make it very funny.

Smart too is splitting the character of Emilia across three actresses: Saffron Coomber is spirited and charming; Adelle Leonce spars well with Charity Wakefield’s dopey but charismatic Will Shakespeare (who, it’s suggested, nicked his best lines from Emilia); Clare Perkins brings wry knowingness as the narrating older Emilia. She eyeballs us ferociously in an incendiary final speech, in which women are encouraged to embrace the flame of anger inside them. The room ignites, and complaints about structure or character development go up in smoke.